[Speaking Out] Political Chaos in the U.S. and China Tries Japan’s Defense and Diplomacy 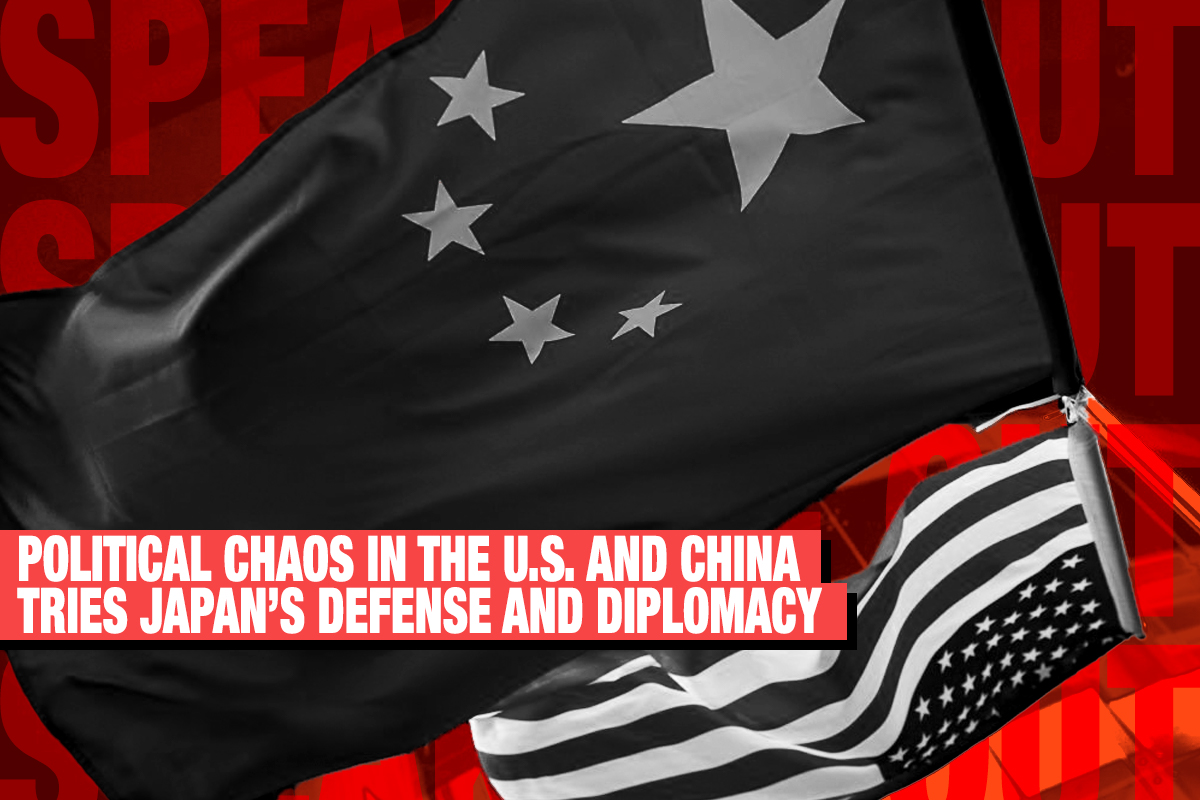 On November 7, former U.S. Vice President and Democratic presidential candidate Joe Biden declared his victory in the presidential election. While the United States is likely to remain plagued with election-related court battles on the side of President Donald Trump, who is complaining about fraudulent vote-counting, China’s President Xi Jinping should be relieved to hear that Biden has secured victory in the election.

This is because Xi’s domestic and foreign policies have been greatly damaged by the confrontation with the Trump administration over the past two years, forcing Chinese diplomats to busy themselves with addressing the confrontation. Biden is likely to take a more conciliatory tone in his China policy than Trump, while  the Xi government is likely to make the utmost effort to mend bilateral relations.

But the disappearance of Trump as a strong foreign enemy could lead to the power struggle within the Chinese Communist Party (CCP) to intensify. “Although Xi has called for the  party’s unity by emphasizing the importance of the struggle with the United States, the relaxation of tensions with the U.S. could prompt cooperative internationalists within the party to rise,” said a CCP source in Beijing.

Attracting attention are moves of Premier Li Keqiang, Vice Premier Hu Chunhua, and others from the Young Communist League of China, a subsidiary organization of the CCP, whose members have opposed confrontation with the U.S. and kept  their distance from President Xi. Particularly, Premier Li has emphasized the  importance of deregulation on various occasions since last spring, implicitly criticizing Xi’s economic policies.

Behind such moves might have been an intensifying struggle within the CCP for succession following Xi, with the planned CCP Congress in the autumn of 2022 in mind.

Xi will have to retire as CCP general secretary at the coming CCP  Congress to mark the end of his second term, if he follows the suit of former general secretaries Jiang Zemin and Hu Jintao. But Xi is said to be trying to revise the party constitution to revive the chairmanship and appoint himself a lifetime chairman.

Li and his supporters would like to have Vice Premier Hu Chunhua, known as a hopeful of the Young Communist League, become the next general secretary, according to sources.

The CCP power struggle will intensify from now. President Xi has plunged into a pinch after a falling-out with many members of the Princelings. This is a group of descendants of former senior CCP officials, including Vice President Wang Qishan who supported Xi in his first term as general secretary.

Xi, though having belonged to the group himself, has begun to confiscate assets of privileged Princelings group members, alleging corruption and other charges in response to the recent economic stagnation. This triggered his confrontation with the Princelings.

Japan Should Prepare for Contingency

Xi, though isolated within the CCP, has appointed his former aides  to key media and police posts to counter his opponents. In China, unlike in the U.S., power realignment takes place quietly behind the scenes. But a single misstep could trigger chaos like the Cultural Revolution.

If the U.S. and China simultaneously plunge into political chaos, it would present a big trial for Japan. Expecting that the Japan-U.S. security arrangements would fail to work due to U.S. chaos, hard-liners in the Chinese military might conduct outrageous acts, such as an invasion of the Senkaku Islands.

Japan should be  prepared for every conceivable contingency.

(A version of this article was first published by the Japan Institute for National Fundamentals, Speaking Out #736, on November 11, 2020.)