[Speaking Out] Senkaku Affair Highlights the Limitations of Japan’s Constitution 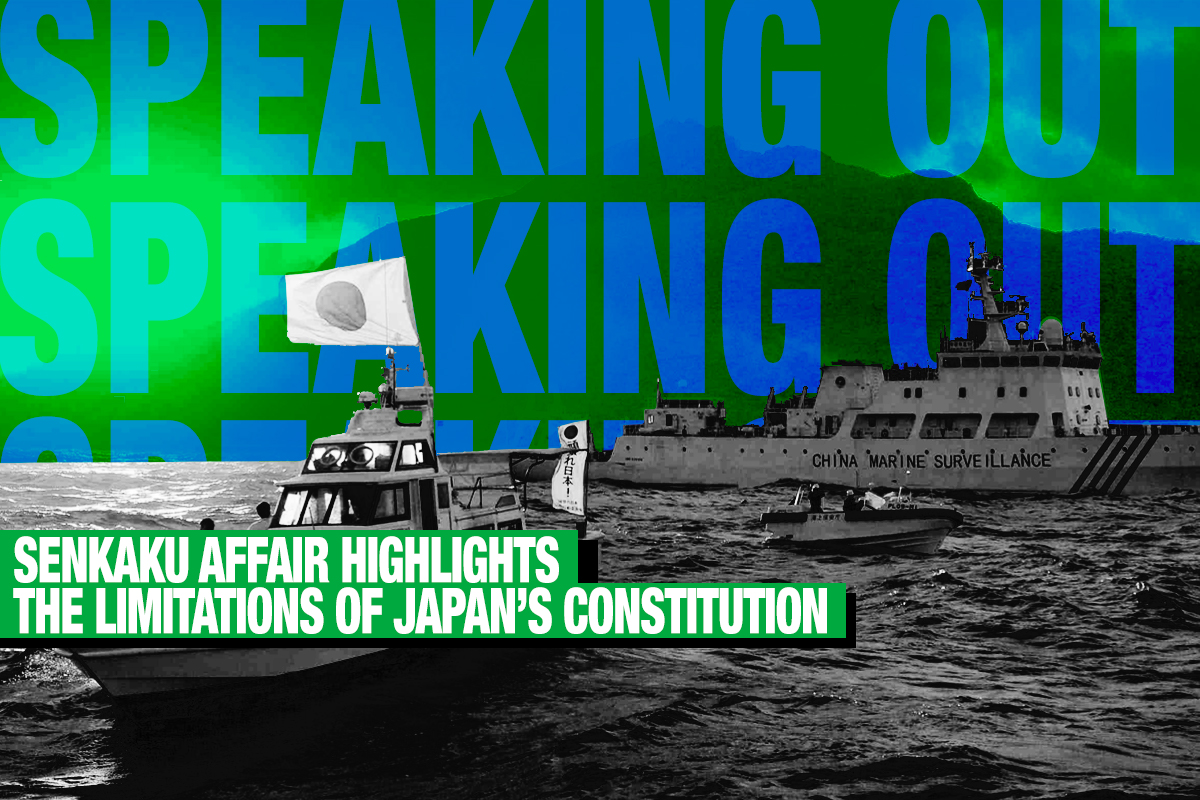 I have mixed feelings about a recent development regarding the gap between China’s gradual enhancement of moves towards effective control of Japan’s Senkaku Islands over a half century and the Japanese government’s empty opposition to such moves. On February 1, China put into effect its coast guard law that clearly authorizes the China Coast Guard to issue “leave” orders and use force to control illegal acts in waters China says are under its jurisdiction.

This development heightens tensions over the Senkaku Islands to which China has made a unilateral territorial claim. But Tokyo has only requested the new U.S. Biden administration to confirm the islands are covered by the Japan-U.S. security treaty. Tokyo is slow to take effective legislative measures to enhance territorial patrol operations, failing to take any effective measures, said the Nikkei Shimbun newspaper on January 29.

When I and other members of the Japan Institute for National  Fundamentals, headed by its president Yoshiko Sakurai, visited New Delhi for talks with Indian think tanks more than 10 years ago, we met with geopolitical scholar Professor Brahma Chellaney. Citing the China-India border conflict, he described China’s furtive, incremental encroachments into neighboring countries’ territories as a “salami-slicing strategy.”

The just effectuated China coast guard law unilaterally changes the  territorial and maritime status quo, representing a far stronger measure than the salami-slicing strategy. The absence of Japanese actions works further to the advantage of China.

In an apparent bid to refrain from angering China, Tokyo has taken the position that Japan should not build a lighthouse on the Senkakus, or even indicate a lighthouse location on a map. Tokyo has voluntarily restricted Japan’s legitimate territorial claims to the Senkakus, giving China an edge as a result.

Tokyo Brushing Off a Plan to Land on the Senkakus

Let me make a quick digression here to note that in 1969 when oil reserves were allegedly found around the Senkakus, Kiko Ishigaki, then mayor of Ishigaki City, Okinawa Prefecture, landed on the Senkakus to install a station poll clarifying the islands as part of the city. As time has gone by, the pole has deteriorated to the extent in which letters on the pole are unreadable.

The Ishigaki City Council voted last June to change the administrative designation of the area containing the Senkakus from “Tonoshiro” to “Tonoshiro Senkaku” and adopted a resolution last December to install a station post inscribing the new designation on the islands.

Beijing might have been closely watching such developments in Ishigaki City. Zhao Lijian, deputy director of the Chinese Ministry of Foreign Affairs Information Department, has emphasized that the Ishigaki City action is a severe provocation to China’s territorial sovereignty and that China filed a serious protest with Japan. The Ishigaki municipal government has received frequent phone calls from self-described Chinese consulate officials in Japan making a protest to the administrative designation change.

The Ishigaki municipal government has notified Tokyo of a plan to land on the Senkakus to install the new station poll, but has not received any response. What is Tokyo afraid of?

While asking the United States repeatedly to defend the Senkakus under the Japan-U.S. Security Treaty, Tokyo has been killing time without coming up with immediate legislation to counter the China coast guard law or considering any long term response. The limitations of Japan’s constitution have become apparent to  everyone.

(A version of this article was first published by the Japan Institute for National Fundamentals, Speaking Out #759 on February 3, 2021.)

Tadae Takubo is Vice President of Japan Institute for National Fundamentals and a professor emeritus at Kyorin University.