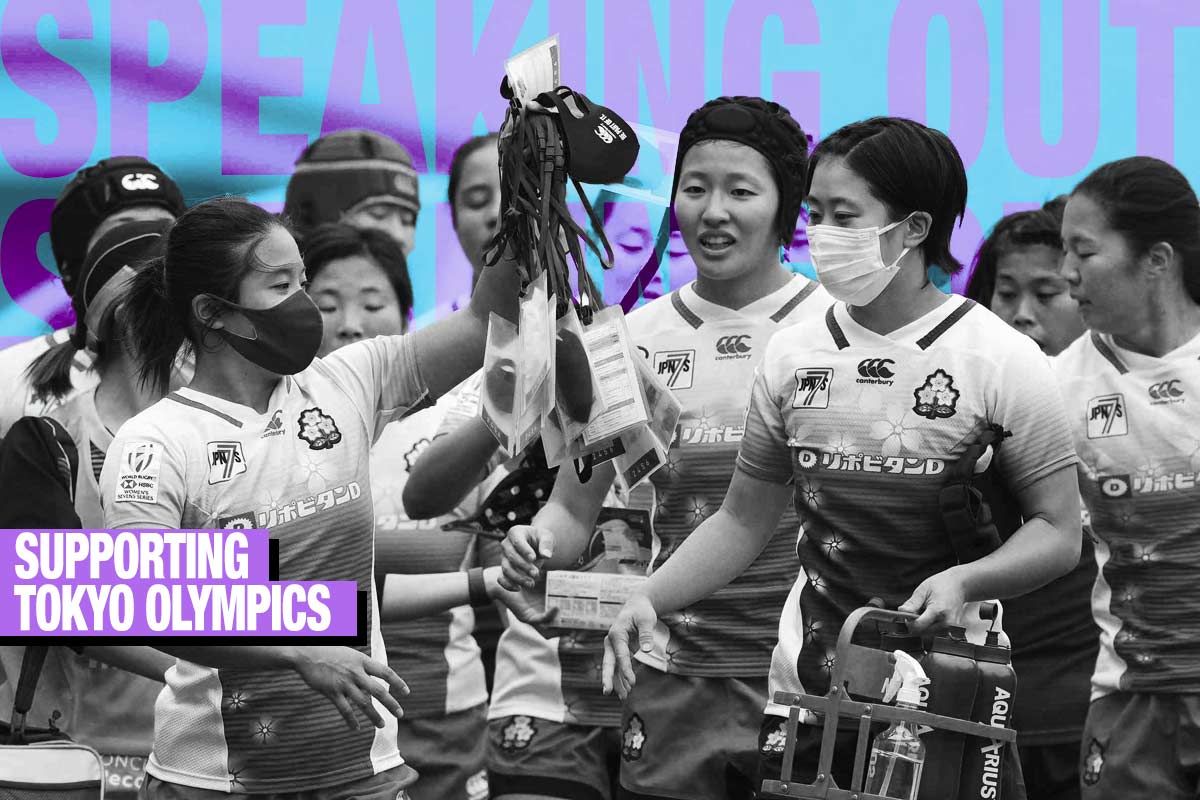 An Olympics women's test rugby game was successfully held in Japan in April 2021.

Calls are growing for canceling the Tokyo Olympics and Paralympics for four major reasons:

(1) Novel coronavirus infections may expand with the visit of  many foreign athletes and other participators,

(2) Japanese medical doctors may be  mobilized for the Olympics and Paralympics to jeopardize Japan’s healthcare system,

(4) The Olympics have lost significance as the state of emergency declaration has  seriously affected people’s lives.

Let’s look at what the facts are, first.

As for the first reason, as many as 430 international sports events took place around the world in the past year, with 54,000 athletes participating. All these events ended safely. Learning from these events, Japan has further toughened safety measures for the Tokyo Olympics.

Foreign athletes and other visitors to Japan for the Olympics and Paralympics will be required to undergo virus tests two times in  four days before their departure to Japan and submit virus negative certificates at departure airports. They will also be required to undergo virus tests upon their arrival in Japan and on three consecutive days after the arrival.

They will be kept in isolation for the first three days.

Special cars and buses will be provided for their travel from airports to dormitories or hotels, and to training and competition sites. They will be barred from using public transportation systems.

Their exclusive moving lines will be prepared to avoid their contact with the local people. Deportation is being considered for those failing to comply with these requirements.

I think these measures are fairly secure. What do you think?

Potential visitors to Japan for the Tokyo Olympics and Paralympics will be reduced from 180,000 to 78,000, with 80% undergoing vaccination before their arrival. If athletes or other participants are found infected with novel coronavirus, sports doctors will take care of them without imposing any burden on Japan’s domestic healthcare system.

As for the third point, Prime Minister Yoshihide Suga has been making utmost efforts to protect Japanese people, irrespective of some question about budget allocation.

Currently, medical doctors are paid 2,070 yen per vaccine shot. The payment rises to 2,800 yen for overtime hours and to 4,200 yen on holidays. In view of slow progress in vaccination, the government has decided to raise the payment up to as much as 7,200 yen with some conditions.

The payment hike has reportedly led hesitant medical doctors to become positive towards vaccination effort. I am well aware that a large number of doctors have been devoting themselves. But I still would like to question if it is right to pursue a policy that may foster a money-driven national character. The morals of medical associations and doctors are at stake. I strongly feel that something is wrong.

Clearly, the pandemic has seriously affected certain industries and many individuals. I understand why people are asking for further attention from the government. Under the national crisis, however, cooperative efforts of Japan’s government and people to host the Olympics and Paralympics amount to the nation’s  achievement.

The Tokyo Olympics and Paralympics represent a good opportunity for Japan to demonstrate to the world the achievement of Japanese people’s precious struggle, one that other countries are unlikely to be able to undertake, as well as the power of Japanese people.

Hosting the Olympics would lead the Japanese to restore real  power that we have forgotten.

“Efforts to host the Olympics and Paralympics lead to efforts to restore our society. The efforts may be equal to those to contain the virus. Our efforts should represent an endeavor to move our society to a better direction.”

(A version of this article was first published by the Japan Institute for National Fundamentals, Speaking Out #798 in Japanese on May 31, 2021.)

Yoshiko Sakurai is President of the Japan Institute for National Fundamentals and  a freelance journalist.