The Inside Story of Japan’s Donation of 1.24 Million Vaccine Doses to Taiwan 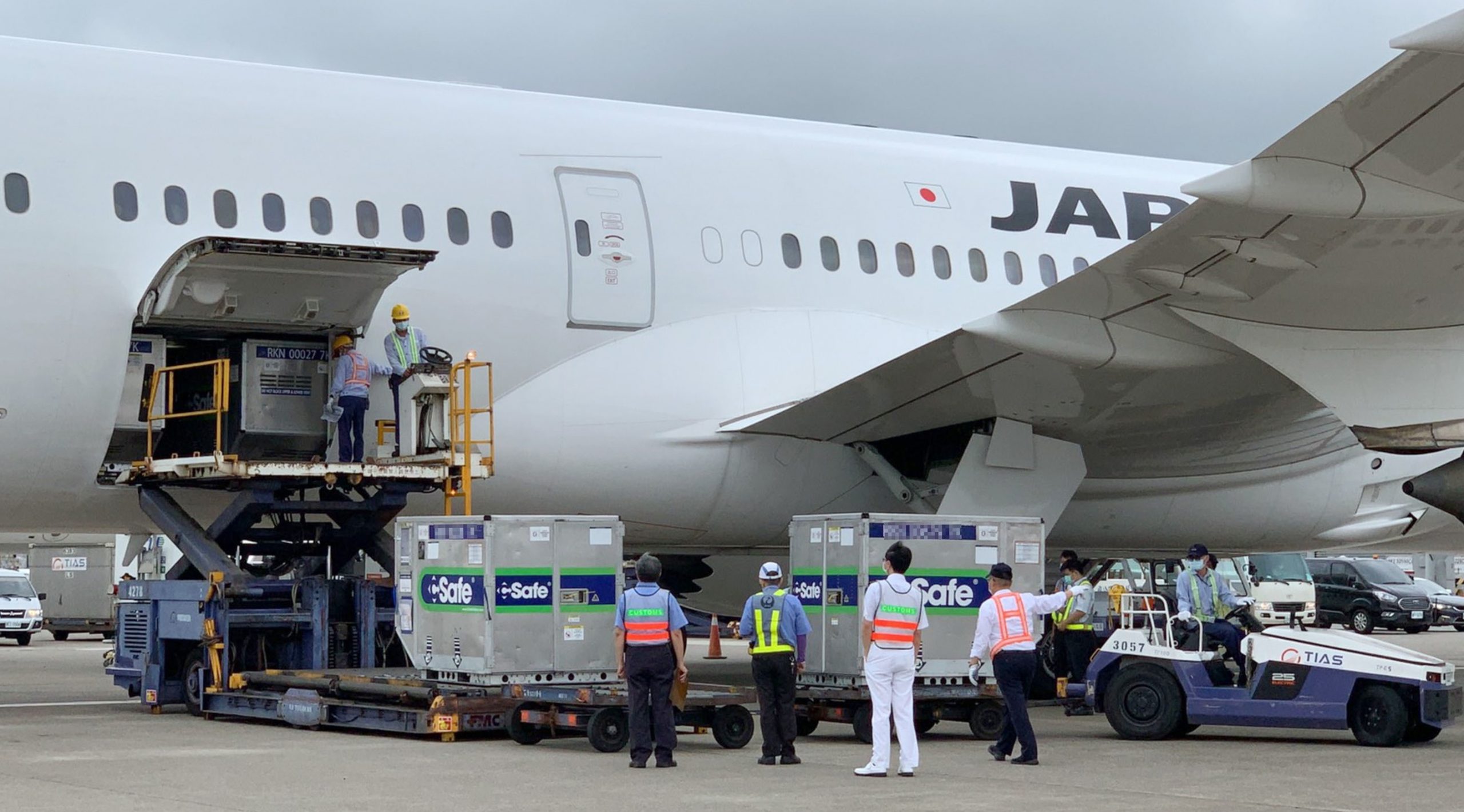 Supply of AstraZeneca COVID-19 vaccine arrives in Taiwan from Japan on June 4, 2021.

On Friday, June 4, Japan shipped 1.24 million doses of its AstraZeneca vaccine supply to Taiwan, as the island nation suffered a surge in COVID-19 cases.

The vaccine, produced by the British pharmaceutical giant AstraZeneca, was originally procured for use in Japan. Great care was taken in finalizing the donation to avoid interference from China.

Securing enough vaccines as soon as possible had become a pressing issue in Taiwan. On May 26, Taiwan’s President Tsai Ing-wen revealed that negotiations to purchase vaccine supplies from a foreign drug company had fallen through due to interference from the Chinese government.

So how did Japan end up providing Taiwan with the AstraZeneca vaccines for free?

With meddling by Beijing very much in mind, Japan quietly and cautiously made preparations to provide the vaccines to Taiwan.

Initially, it considered a plan to offer the vaccines through the COVAX joint-purchase international global access framework for distribution of vaccines to developing countries. However, it was quickly decided that doing so would take too much time. So, with a push from former Prime Minister Shinzo Abe and other members of the ruling Liberal Democratic Party (LDP), the donation plan was speeded up.

On the evening of May 24, Kentaro Sonoura, a former state minister for foreign affairs, was invited to a discussion between Taiwan’s de facto ambassador Hsieh Chang-ting and United States chargé d’affaires ad interim Joseph M. Young. The meeting took place at the Taiwan Economic and Cultural Representative Office in Japan (TECO-Japan) in Tokyo’s Minato ward.

Sonoura then suggested that the AZ vaccines could be sent to Taiwan. Young welcomed the offer, replying, “That’s a good idea.”

Thus began the behind-the-scenes consideration of shipping vaccines to Taiwan.

History of Helping Each Other

Amidst the global COVID-19 pandemic, Taiwan had been remarkably successful in keeping the virus under control, before infections abruptly surged in the middle of May. According to ruling party sources, immediately after the Golden Week holidays the Japanese government began getting feelers from Taiwan through various channels as to whether Japan could provide around one million vaccine doses.

The day after the TECO meeting, Sonoura got in touch with Abe to brief him about his meeting with Hsieh and Young, and to ask for the former prime minister’s cooperation. The two men were close, Sonoura having served as deputy to Abe when the latter was in office, as well as state minister for foreign affairs.

Abe promised “to get on it at once.”

Because the vaccine supplies were considered state property, consent from the Ministry of Finance was needed before they could be transferred to Taiwan. Finance Minister Taro Aso, who is also deputy prime minister, was duly informed, and Prime Minister Yoshihide Suga gave his approval. It was then up to Chief Cabinet Minister Katsunobu Kato to iron out the details with the relevant government offices.

The foreign ministry had at first considered making vaccines available to Taiwan through COVAX, but Abe objected, saying, “That will take too long.”

Taiwan officials also emphasized, “No matter what the quantity, speed is of the essence.”

As a result, plans were altered and it was decided that the donations would be made as a form of direct bilateral mutual assistance.

One reason Japanese authorities were so determined to get help to Taiwan was gratitude for the huge donations of money and other disaster assistance from the people of Taiwan after the earthquake and other disasters, as well as the hygienic masks sent to Japan at the start of the COVID-19 pandemic in 2020 when there was a dire shortage of them in Japan.

The vaccine shipment this time was seen as Japan’s way of “returning the favor.”

A Diet member involved in the transfer said, “We have a long history of helping each other out after natural disasters and such, so I’m sure the nation’s people will understand.”

Nonetheless, there was considerable trepidation about machinations on the part of China. Taiwan had attempted to purchase COVID-19 vaccine from the German pharmaceutical company BioNTech SE, but negotiations stalled just before a contract was to be signed. President Tsai has said, “We couldn’t get a contract due to interference from China.”

Although the Chinese government denies having engaged in such interference, the Japanese side knew that it had to control information about the assistance very carefully out of concern for what China might do.

Despite such complications, the Japanese government managed to speed up the necessary procedures and get the vaccines to Taiwan by air on Friday, June 4. Now it is considering sending additional supplies of its supply of AstraZeneca vaccine to Taiwan.