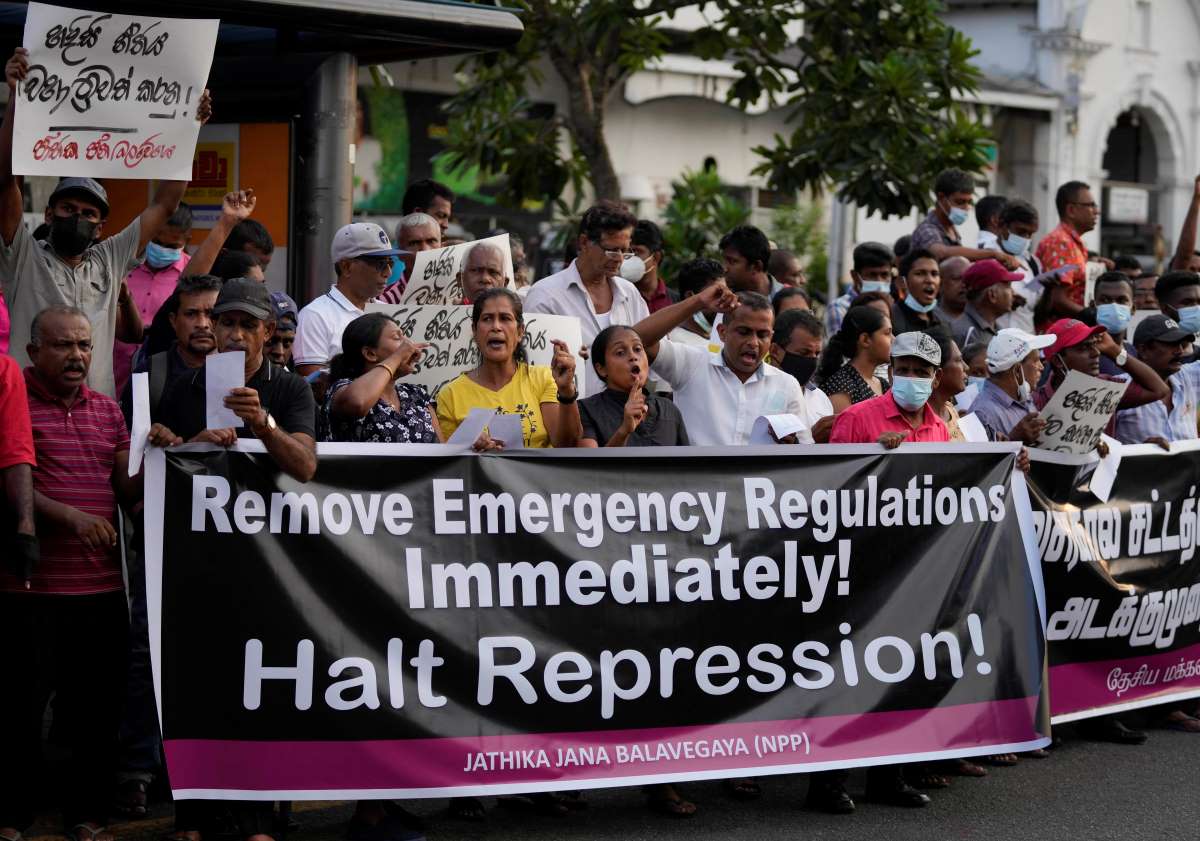 The events unfolding in Sri Lanka of late have put its neighbors like India and friends like Japan in a spot of bother. For India, Sri Lanka is its next-door neighbor and any instability in the country is likely to impact it directly, especially in the southern parts of the country.

Sri Lanka has been caught up in a burden of debt. As it was unable to repay one of its loans from China on time, it had no option but to allow a Chinese company to take over management of its Hambantota port while agreeing to a 99-year lease for the same.

Sri Lanka has officially requested emergency financial help from the International Monetary Fund (IMF) and bailout talks have already gotten underway. The government has already informed its creditors that it would temporarily default on $35.5 billion USD in foreign debt.

Role of India and Japan

In March 2022, India provided a line of credit of $1 billion USD to Sri Lanka to buy essential commodities. This “short term concessional loan facility” is being provided by State Bank of India, under an agreement signed between the two governments during the visit of Sri Lankan Finance Minister Basil Rajapaksa to India, also in March.

New Delhi has also agreed to provide an additional $500 million USD in financial assistance to Sri Lanka for it to buy fuel since assistance from the IMF will need time to come.

Japan and India have been pooling their efforts in Sri Lanka for some time. In 2019, Sri Lanka, Japan and India signed an agreement to jointly develop the East Container Terminal at the Colombo Port, which was estimated to cost between $500 million and $700 million USD. Later on, however, that deal was rescinded by Sri Lanka and an alternate terminal, the West Container Terminal (WCT) was substituted for Indian and Japanese purposes.

Japan has what is known as the Partnership for Quality Infrastructure initiative, and along with India has not participated in the China-led Belt and Road Initiative (BRI).  Along with the United States, Japan is also a part of the Build Back Better World (B3W) Partnership, which could theoretically provide an alternative to China’s Belt and Road Initiative and “help narrow the $40 trillion USD needed by developing nations by 2035”.

Sri Lanka is an island nation of 22 million people, and the shortage of foreign currency has hit all sectors. The country has also been facing long power cuts. From March 2022 it has also steeply devalued its currency, ahead of talks with the IMF for a loan program.

Where the Problems Lie

The root cause for this meltdown in the Sri Lankan economy lies in economic mismanagement by successive governments that created and sustained a twin deficit: a budget shortfall, alongside a current account deficit.

Another thing that aggravated the situation was the Easter Bombings of 2019, which killed some 269 people and injured scores of others, besides dealing a blow to the economy.

The country’s income was badly hampered by the impact of COVID-19, which dealt a blow to the country’s tourism sector. Remittances from Sri Lankans working abroad also dried up in the wake of the pandemic, when many workers were laid off by their employers.

Why Sri Lanka is Important for India and Japan

For Japan, Sri Lanka is particularly significant, especially given the fact that it is an important part of its Free and Open Indo-Pacific vision. Many of the pivotal sea lanes of communication in the Indian Ocean region pass in the vicinity of Sri Lanka. As Japan is an energy-dependent economy, the sea lanes of communication in the region are critical for its economic security.

China is Sri Lanka’s largest bilateral lender and owns about 10% of its foreign debt, followed by Japan and India. In addition, it is to be noted here that Sri Lanka has joined the China-led BRI initiative.

The Government of Japan has been one of Sri Lanka’s key partners since the establishment of diplomatic ties between the two countries in 1952, and it is today one of Sri Lanka’s largest bilateral donors. Tokyo’s assistance to Sri Lanka mainly focuses on two areas. These include “Consolidation of Peace and Reconstruction” and a “Medium and Long-term Vision for Development”.

Recently, the first person was killed in a police shooting and 14 others injured, when police fired at protestors, an indication that things could be turning for the worse. Clearly, the Sri Lanka economy needs restructuring, and it is in the long-term interests of India and Japan to help the island nation at this critical juncture in its history.

Tokyo and Delhi could do this by newly investing in this cash stricken country. It would be helpful if they could stay put when it comes to their older investments, besides offering newer lines of credit.

The alternative to not helping Sri Lanka now will be too much to bear. Japan and India need to pool their efforts for Sri Lanka’s near future as they have done in the recent past.

Dr Rupakjyoti Borah is a Senior Research Fellow with the Japan Forum for Strategic Studies, Tokyo. The views expressed are personal.