EDITORIAL | 63 Japanese Banned by Russia; Kishida Should Lead the G7 in Further Sanctions 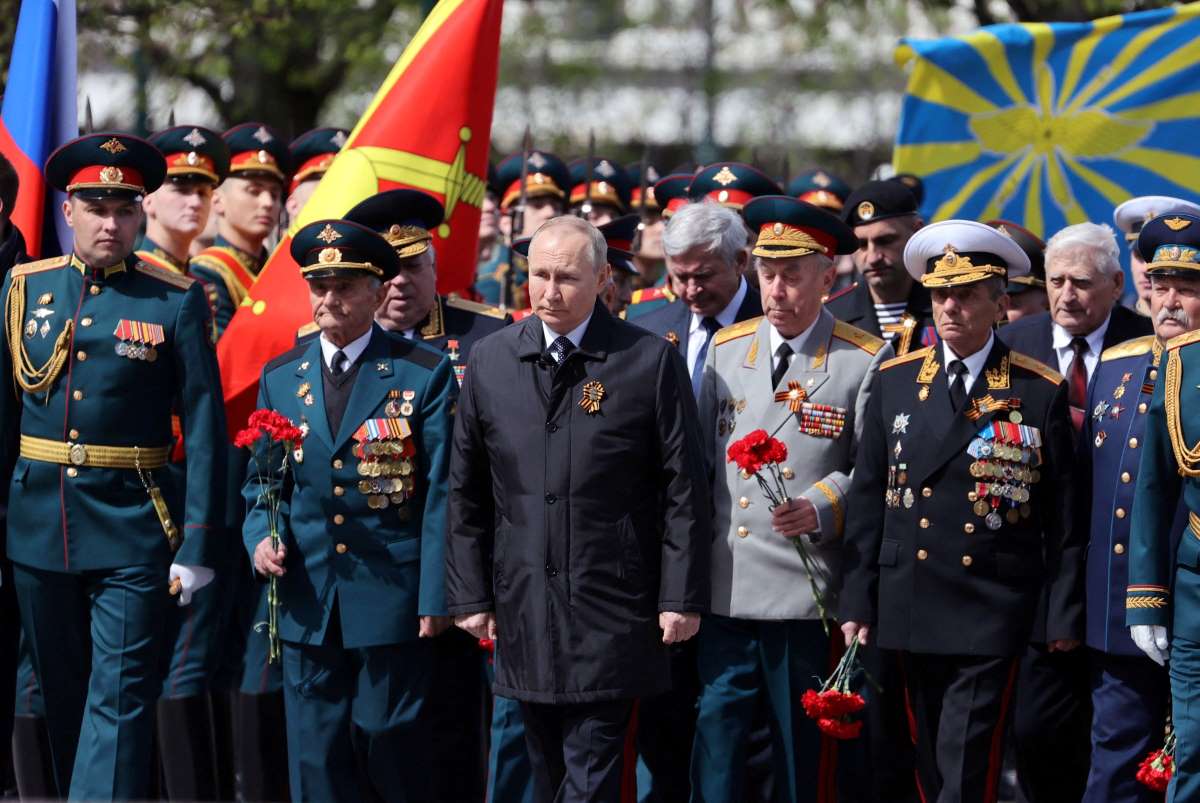 Russian President Vladimir Putin attends a wreath-laying ceremony at the Tomb of the Unknown Soldier on Victory Day, which marks the 77th anniversary of the victory over Nazi Germany in World War Two, in central Moscow, Russia May 9, 2022. Sputnik/Anton Novoderzhkin/Pool via REUTERS

On May 4, Russia banned 63 Japanese leaders and intellectuals from entering the country for an indefinite period. They are government and Diet officials, including Prime Minister Fumio Kishida, Speakers of both Houses of the Diet Hiroyuki Hosoda and Akiko Santo, Self Defense Force Chief of Staff Koji Yamazaki, people in the press including Sankei, Yomiuri, and Nihon Keizai newspapers, and university officials.

Russia says its actions are in retaliation for Japan’s sanctions against the country. The Russian Foreign Ministry accuses Tokyo of launching “an unprecedented anti-Russian campaign” and implementing “specific measures to undermine the country’s authority in the international community.”

The Russian allegations make no sense.

It is not Japan that damaged Russia’s authority, but Putin’s government and the Russian military, who have committed war crimes. Even though Russia is a permanent member of the United Nations Security Council, it has invaded Ukraine and killed its citizens.

Japan sanctioned Russia as a member of the group of seven advanced nations (G7) to correct such mistakes. Conscientious Russian people should be grateful. Japan does not deserve retaliation.

Kishida’s response is understandable. “Russia is fully responsible for bringing Japan-Russia relations to this low point,” he said, adding that the entry ban is entirely unacceptable from any perspective.

Russia’s entry bans target Japan’s top leaders in the executive and legislative branches, and uniformed personnel in the Self-Defense Forces. It hinders Japanese leadership from reestablishing a meaningful relationship in good faith with the Russian government.

Denying dialogue will only further deepen Russia’s isolation. The Putin administration should rescind the bans. Russia should also withdraw its military from Ukraine and offer an apology and compensation to its neighboring country.

If there is no remorse in Moscow, Japan must impose further sanctions.

Foreign Minister Yoshimasa Hayashi, Defense Minister Nobuo Kishi, and Finance Minister Shunichi Suzuki were among those banned by Russia. However, one of the key Cabinet members, Koichi Hagiuda ー Minister of Economy, Trade, and Industry ー is not named. Leaving Hagiuda off the list indicates that Russia wants to maintain its ties to the Ministry for its Sakhalin Island-1 (crude oil) and Sakhalin-2 project (liquid natural gas) energy projects.

Prime Minister Kishida should stop the import of Russian oil and natural gas. Hagiuda also serves as Minister for Economic Cooperation with Russia, in addition to Minister of Economy, Trade, and Industry. Due to its established purpose to enhance ties with Russia, this post has no use; it must be abolished immediately. Japan must not pay for Russian war expenses.

The Russian Foreign Ministry accused the Japanese media and academics on the banned list of “being influenced by Western prejudice against the country.” The Russian statement points out that the banned intellectuals concurred with the words and actions of Kishida’s government. But the idea that Russia could dictate opinion in Japan, which has freedom of expression, is ridiculous.

Putin’s regime has stifled freedom of speech and press in his own country. It is unacceptable that Moscow now attacks the media and intellectuals in Japan, a free country.

Russia’s list of banned personnel includes four members of The Sankei Shimbun, including President Hirohiko Iizuka and Editorial Board Advisor Tsutomu Saito. Of the six university officials, three are frequent contributors to the Seiron op-ed column of The Sankei Shimbun. None of them deserves punitive entry bans on entering Russian.

It is not new for the media to be suppressed by powerful foreign governments. For example, the former Sankei Shimbun Beijing bureau chief Minoru Shibata was expelled by China in 1967 for reporting on the Cultural Revolution. Investigating, he had observed that the revolution was rooted in an internal power struggle. After that, China refused to allow The Sankei Shimbun to maintain a Beijing bureau for 31 years. Yet, our newspaper stood firm on the established standards for free speech and freedom of the press without compromise.

The invasion of Ukraine defies the United Nations Charter, which calls for the territorial integrity of sovereign nations. On the other hand, the illegal occupation of the Northern Territories is in direct violation of the Soviet-Japan Neutrality Pact and the Potsdam Declaration. Restoring peace to Ukraine and returning the four northern islands, which are the inherent territory of Japan, are crucial steps toward achieving justice in the world and Japan.

The Sankei Shimbun will continue to strive for fair reporting and fact-based discourse based on the issues, including the invasion of Ukraine and the Northern Territories.