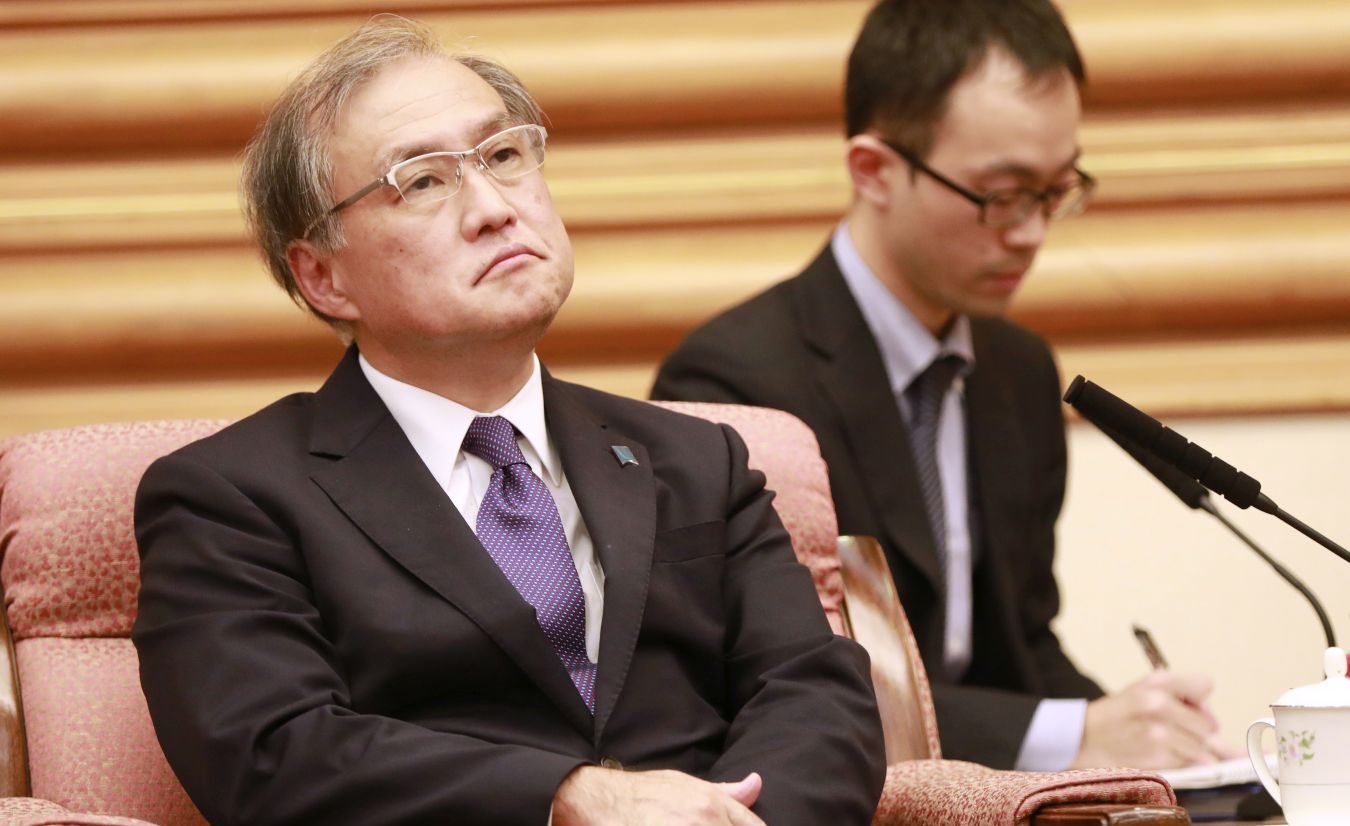 Vice Foreign Minister Takeo Akiba, 62, will be the new secretary general of Japan’s National Security Secretariat (NSS), according to a decision taken by the Cabinet of Prime Minister Yoshihide Suga on Tuesday, July 6.

Akiba, a close advisor to Prime Minister Suga, stepped down from the post of vice foreign minister on June 21.

He takes over the NSS on July 7, succeeding Shigeru Kitamura, who came from the National Police Agency, and held the position from 2019. Kitamura is retiring for health reasons, according to the announcement.

The NSS was created in January 2014 as the secretariat of the National Security Council (NSC), which is composed of Cabinet members. Without a doubt, over these seven and a half years, the NSS has played a significant role in underpinning diplomatic and national security policies of the Shinzo Abe and Yoshihide Suga administrations.


Secretary General of the NSS

What is the position of the NSS director? There is no clear-cut answer to this question.

The relationship between the prime minister and secretary general of the NSS is particularly blurred. Kitamura, who was appointed to the post of NSS head in the Abe administration, retained his post when Prime Minister Suga’s administration took over in October 2020.

Judging only from this, the NSS chief’s status is not as susceptible to replacement based on shifts in administrations or associated inseparably with a particular prime minister. Rather, it is a post that ensures the continuity of government security policies. Its top stays through changes of government, much like the position of deputy chief Cabinet secretary, who is atop the bureaucratic clerical arm of the government.

In the United States, every time a change of presidency occurs, the national security advisor also changes. Officially titled The Assistant to the President for National Security Affairs, the person holding it is responsible for the operations of the U.S. National Security Council under the auspices of the White House.

For these American presidential advisers, the key has been their proximity to the top government leaders. To bring together divergent views from a range of government agencies, it is vital that the presidential advisor be regarded as speaking authoritatively for the top of the administration and seen as “at one” with the top leader of the government.

In this sense, Shotaro Yachi and Shigeru Kitamura, who were in the top NSS post successively during the Abe administration, qualified as U.S.-style national security staff. Kitamura, in particular, served as executive secretary to the prime minister during the first Abe administration from September 2007 to August 2008, and then as Cabinet intelligence director, including in-person reporting to the prime minister, before taking the office of NSS secretary general.

An NSS official said: “After Kitamura assumed the top NSS post, things started to go smoothly. When there was a problem, he would tell us he was going to ‘consult with the Prime Minister.’”

His success in launching the NSS Economic Division in April 2020 to tackle economic security challenges, which had been left unaddressed before, was due primarily to his closeness to Prime Minister Abe.

Akiba is known for having gained deep confidence from both PM Abe and PM Suga in his position as Japan’s longest-serving vice foreign minister in the postwar period. At the same time, there was a slight shift in his relationship after the inauguration of the Suga administration, as there were more opportunities for one-on-one consultations with the new prime minister.

It is premature to conclude that PM Suga is particularly close to Akiba, since there are differences between 2020 and 2021 in such things as the frequency of the prime minister’s trips abroad and circumstances involving COVID-19 infections. That said, as he takes office as the third head of the NSS, it is likely that Akiba will be viewed more as a figure similar to an American-style presidential adviser, with access to the top and well-versed in steering statecraft.

The NSS secretary general is tasked with coordinating national security measures by doing away with the evils of vertical bureaucratic systems. In this connection, the effectiveness of the NSS often hinges on which ministry or agency an incoming NSS chief hails from.

When the NSS prepares policy proposals, information from intelligence-gathering organs spanning different ministries and agencies is crucial. Particularly, information from police authorities is indispensable for resolving the abductions of Japanese citizens by North Korean agents. As a source knowledgeable about the NSS noted, “With Kitamura coming from the National Police Agency, coordination between the NSS and the police has become markedly smoother.”

There was also a perception that the increased cooperation from the Ministry of Economy, Trade and Industry, which had been prone to a sense of competition with the foreign ministry, was because Kitamura was its director, according to some NSS sources.

What will happen now that a former foreign ministry official again — like Yachi was — takes the top post of the NSS?

Foreign ministry bureaucrats have often been divided into broad two types. One is apt to act in stealth in an effort to accomplish big deals. Former deputy foreign minister Hitoshi Tanaka — who was in charge of tasks such as the return to Japan of the U.S. Marine Corps’s Futenma Air Station in the city of Ginowan, Okinawa, and the return home of Japanese victims abducted by North Korea — is considered a typical example of this type of maverick bureaucrats, averse to leaving any documentary record of the processes and negotiations involved.

Akiba, by contrast, can be said to be the other type of bureaucrat, who favors the use of teamwork with colleagues to accomplish goals. The strategy of “Mutually Beneficial Relationship Based on Common Strategic Interest” was worked out with the help of Japanese Ambassador to China Hideo Tarumi, and when Akiba was China and Mongolia Division chief. He made it clear that the initiative to build a relationship of strategic reciprocity was an initiative from his subordinates.

He also disclosed that the concept of a “free and open Indo-Pacific,” drawn out when he served as head of the ministry’s Foreign Policy Bureau, was worked out “thanks to an idea initially proposed by the North American Bureau chief Keiichi Ichikawa.” Akiba is also known for his aversion to grandstanding.

Under the Abe administration, the NSS played a major role in drafting a package of national security-related laws and improving ways of effectively using the Self-Defense Forces. However, the NSS is not a one-time agency ending with the administration of Prime Minister Abe.

How the NSS will function in policy formulation processes from now on will be greatly influenced by the Suga administration’s choice of Akiba to lead the NSS.

(Read the related reports in Japanese at this link.)