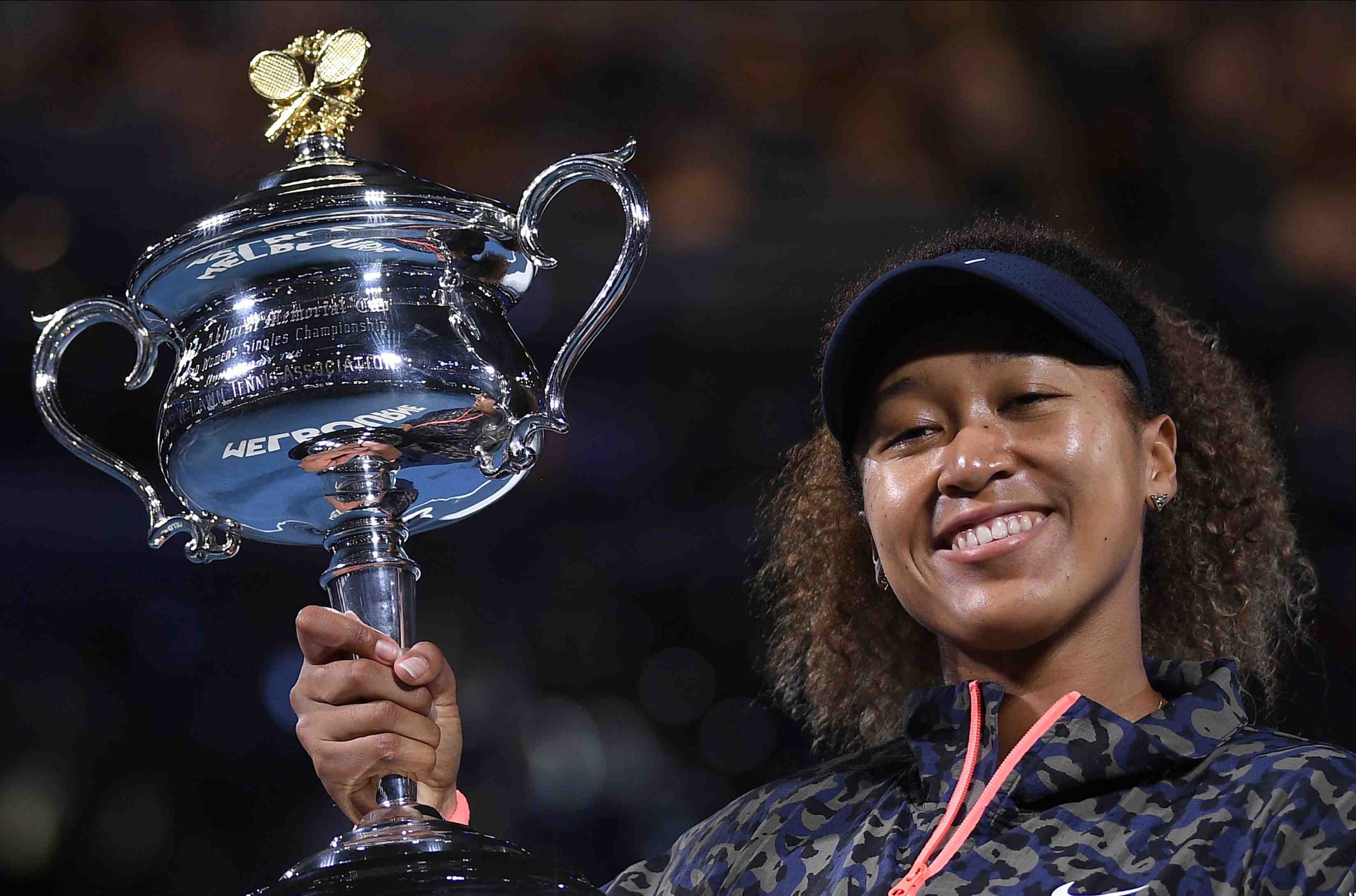 Step by step over the past few years, Naomi Osaka has emerged as the new face of women’s tennis.

Consider this: The Williams sisters, Serena and Venus, have 30 Grand Slam singles titles between them. Serena has won 23, but none since 2017. Venus? None since 2008.

Osaka, on the other hand, has now won at least one Grand Slam title in each of the past four years. She completed her latest title quest at the Australian Open on Saturday, February 20. The third-seeded Osaka, who is also No. 3 in the current world rankings, defeated No. 22 Jennifer Brady 6-4, 6-3 in a 1-hour, 17-minute duel at Rod Laver Arena.

No other women’s player has won as many Grand Slam titles in the same span, and nobody has won their first four major finals since Monica Seles achieved the feat in 1991.

The 23-year-old Osaka has recorded 21 consecutive victories, all on hard courts.

What’s more, a sign of her growing power and confidence as a player is underscored by the following: Osaka is 12-0 in her career in Grand Slam tournament matches after reaching the quarterfinals, including a semifinal victory over Serena Williams on Thursday, February 18.


Osaka, who improved to 3-1 in head-to-head matches against Brady, was delighted that the venue included spectators. A few days ago, tournament organizers began permitting fans to attend matches again after a five-day lockdown due to the COVID-19 pandemic meant matches were staged without crowds.

“I didn’t play my last Grand Slam [at the U.S. Open in New York] with fans so just to have this energy it means a lot,” Osaka told the half-capacity crowd of approximately 7,500 during the trophy presentation.

“Thank you so much for coming. I feel like playing a Grand Slam is a super privilege right now and it’s something I won’t take for granted. Thank you for this opportunity.”

In the first set, Osaka went ahead in the first game, recording a pair of aces (she finished the match with six; Brady had two) to build a 40-love lead and then took the game in a brisk 77 seconds.

Brady evened things up at 1-all, then Osaka capitalized on some of her well-placed power shots and Brady’s miscues to pull ahead 3-1.

Osaka’s opponent responded by winning the next two games, the second of which while she held serve.

Back and forth they went.

As Osaka served next, she built a 40-30 lead, then after a fault, she won the game when Brady’s backhand return sailed wide left.

Now up 4-3, Osaka fought off Brady’s fierce determination after the set was tied one last time, then won the last two games.

When the first set wrapped up, Osaka was ahead in nearly all statistical categories, including aces (3-2) and returns in (74% to 67%). Brady double-faulted four times in the first set, while Osaka did it once. Brady had 18 unforced errors to Osaka’s 15.

In the second set, Osaka displayed her powerful return game, slicing winners down the line and using all angles of the court to frustrate her foe.

Osaka grabbed a 4-0 when a Brady forehand return resulted in an unforced error, one of 31 she had on the night. For Brady, facing a top 25 opponent for the first time in this tourney, it was the third consecutive point in the game with a forehand unforced error.

To her credit, Brady regained her composure and rallied to cut the margin to 4-2, both games ending with an unforced error by Osaka, both times on backhand returns. Shots landing wide or long or into the net were one of the key trademarks of this match.

Osaka snatched a 5-2 lead, but not before she and Brady had perhaps their best exchange of the match, a 16-shot rally that cultimated with an Osaka forehand dropping out of bounds.

Then, leading 5-3, Osaka returned to serve for the match. And she quickly sealed it up, getting the title-clinching point when a Brady return was too long.

Osaka raised her racquet in delight, smiled, approached the net and greeted her opponent. A show of good sportsmanship.

With sustained success since her breakthrough victory over Serena in the 2018 U.S. Open, Osaka climbed to No. 1 in the world rankings, signed a score of endorsement deals ー including being named the brand ambassador for Louis Vuitton in January ー and became the world’s richest female athlete, according to a Forbes report last year.

In a match defined by who made fewer mistakes, Osaka outperformed her American opponent, who was making her Grand Slam final debut, in all key facets of the game.

“Tonight it wasn’t meant to be,” world No. 24 Brady admitted later. “Hopefully there’s many more.”

While clearly disappointed in the result, Brady, who swung her racquet at the air in frustration on a few occasions during the match, recognizes that Osaka is a positive jolt of energy and publicity for women’s pro tennis.

“She’s such an inspiration to us all, and what she’s doing for the game is amazing in getting the sport out there,” Brady told reporters. “I hope young girls at home are watching and inspired by what she’s doing.

“Hopefully I’m on this stage next time with this girl over here.”