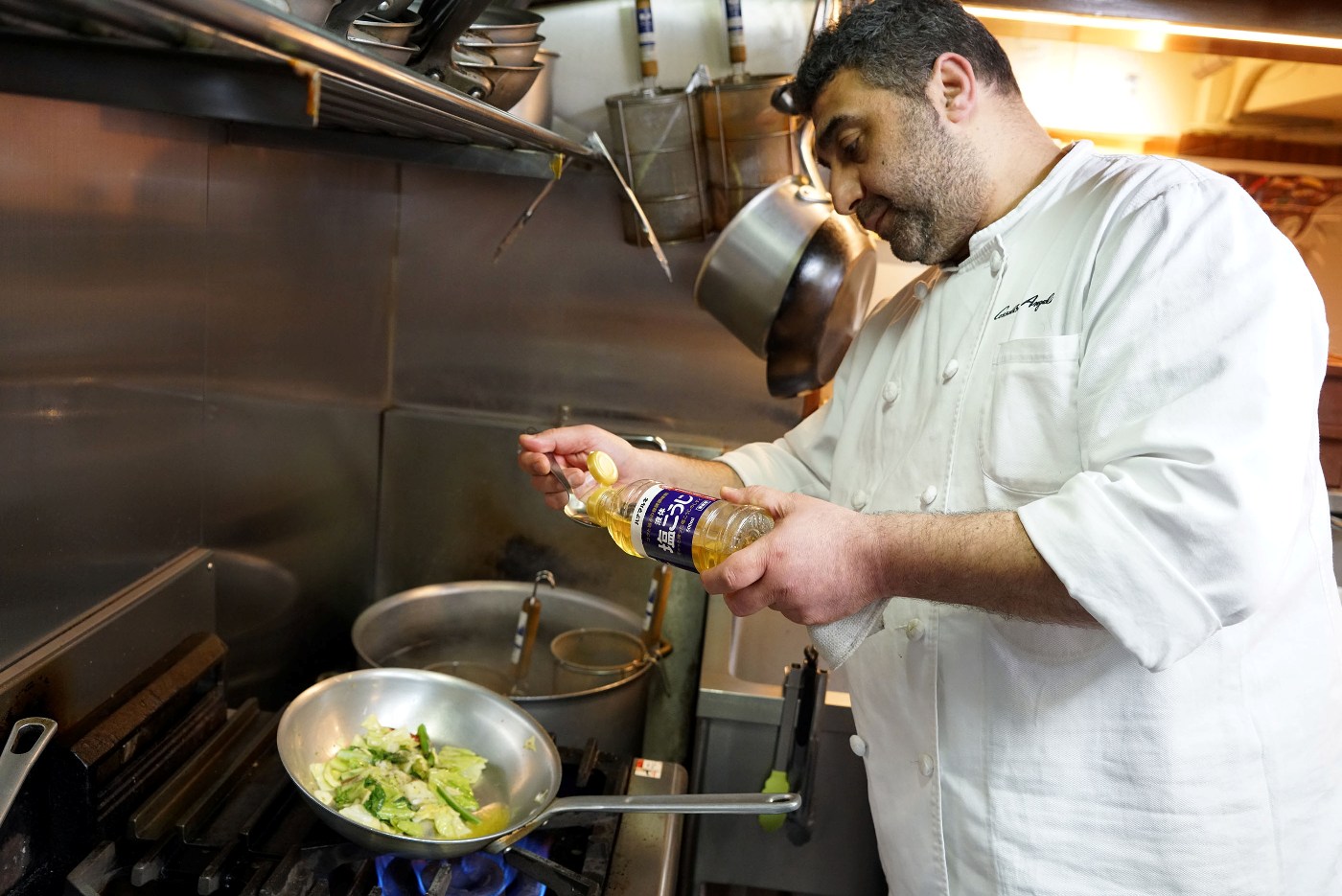 Umami or “savory,” is one of the five basic tastes alongside sweet, salty, sour, and bitter. As its Japanese name suggests, umami was discovered in Japan but recently the word has been increasingly appearing on menus overseas. As Japanese cuisine undergoes a revival in popularity as people become more conscious of the relative healthfulness of what they eat, the frontiers of the new culinary culture continue to expand.

Now, umami is even being “reimported” to Japan: on March 24, the popular American chain Umami Burger opened its first restaurant in Japan, in the Kita-Aoyama area of Tokyo. The chain now has 25 stores after launching in 2009. Umami Burger selects high-umami ingredients, is meticulous in its preparation methods, and uses a proprietary sauce blending umami-rich ingredients such as kelp, soy sauce, and dried mushrooms.

Steven Medeiros, CEO of Medeiros Holdings, the company bringing Umami Burger to Japan, says, “I want the opening of Umami Burger in Tokyo to be an opportunity for Japan to take pride in the fact that the taste that Japanese people discovered is now loved around the world.”

Umami was discovered in 1908 by chemistry professor Kikunae Ikeda, who found that it was the fifth fundamental taste. It is produced principally by glutamate, inosinate, and guanylate. Umami is not only indispensable to such Japanese foods as kelp, dried bonito flakes (katsuobushi), soy sauce, and miso, but is also found in many other foods, such as tomatoes, cheese, meat, and fish.

Although first discovered more than a century ago, it is only recently that umami has become known outside of Japan. In 2002 it was scientifically proven that the umami receptors are located in the center of the human tongue. Interest in umami is being helped by the current fad for Japanese cuisine, as well as by the fact that umami was registered as an intangible cultural heritage by the United Nations Organization for Education, Science and Culture (UNESCO).

Dr. Kumiko Ninomiya, the director of the NPO Umami Information Center (founded by food company Ajinomoto to disseminate umami information worldwide), points out that “chefs overseas have become increasingly interested in Japanese ingredients, but at the same time people in other countries have begun to look for new ways to bring out the umami in local foodstuffs.”

According to Dr. Ninomiya, a university professor in Denmark several years ago began to study the high concentrations of umami in dulse seaweed or palmaria palmata. The professor’s paper on the subject attracted attention, and now there is a move afoot in Japan to use dulse—which has otherwise always been thrown out—as a food ingredient.

Last March, Babbo Angelo, an Italian restaurant in the Jiyugaoka area of Tokyo, added “Anchovy and Vegetable UMAMI Peperoncino” to its menu. In this dish, high-umami anchovies, along with asparagus and other high-umami vegetables, are mixed with salt-malted rice (shio-koji), a new product from foodmaker Hanamaruki) as a subtle additional flavor. The Italian-born owner of Babbo Angelo, Cozzolino Angelo, says that the dish can sell out on the weekends. “By using shio-koji,” he explains, “one achieves a deep, mild taste, even without adding any salt. I can see using shio-koji in new dishes, such as even desserts.”

For several years, Hanamaruki has been trying to encourage overseas chefs to use its shio-koji in their dishes. The ingredient is now used more and more in French and Chinese cooking, as well as others. Hanamaruki marketing team member Nobuyuki Hirata has been amazed by the border-crossing culinary fusion, saying that “we are getting unexpected ideas, such as steeping cheese and foie gras in our shio-koji.”

Takashi Mishina is a staff writer for Sankei Shimbun