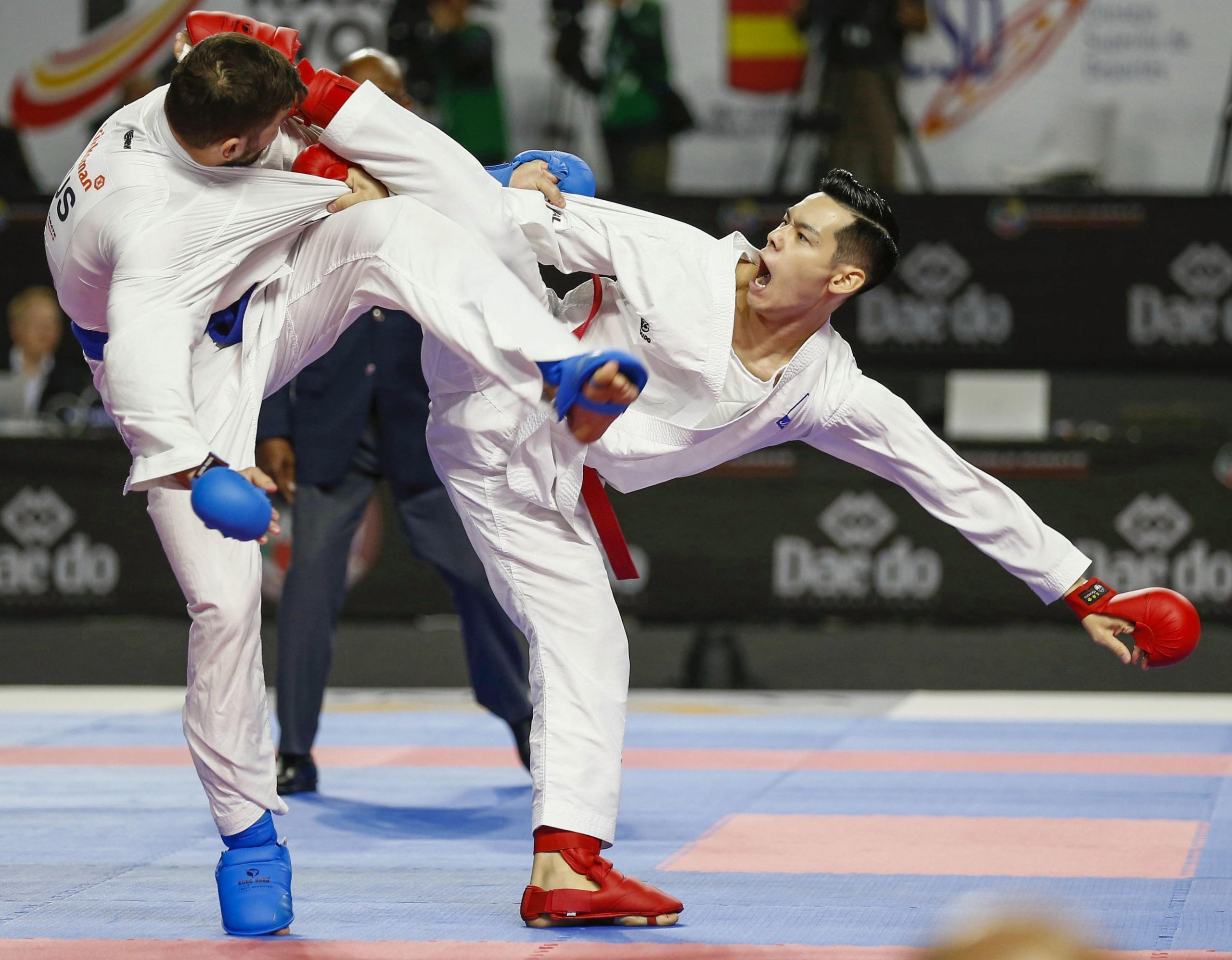 Karate is an Olympic sport at the Tokyo 2020 Games.

Many people who have been watching the Olympics on TV who are not familiar with the rules of sports like judo and karate, may find the rules, and the hand gestures of the referees hard to understand. With the addition of karate for the first time at this year’s Olympics, we decided it would be a good idea to explain the rules of the events before they begin.

The rules adopted for the Olympics are based on the rules of competition kumite (fighting) and kata (forms) of the World Karate Federation (WKF). However, karate is currently only planned for this Olympics and will only feature individual events. There will be no team kumite or kata events. Karate will not feature in the next Olympics in Paris 2024, and it is unclear when it will be included again.

Kumite involves two athletes fighting for an initial three minutes on a mat. There are separate categories for men and women with each category divided by weight class. The WKF weight divisions were changed for the Olympics by merging some of the divisions.

To distinguish the fighters, they wear either a red or blue belt with matching colored protective mitts and boots. Each bout can be a duration of three minutes.

During the first round of the Olympics, a pool system will be used and match ties (hikiwake) will be accepted. However, once the competition moves on to the knockout rounds, a winner will be decided at the end of a three-minute match. Pool winners will go on to fight in the semi-finals.

The winners of the semi-finals will compete for the Gold and Silver medals, while the losers of the semi-finals will both receive a Bronze medal. A victory is decided if an opponent scores an eight points advantage before their opponent within the three-minute time limit. If not, whoever has the most points when the three minutes expires is the winner.

In the case of a draw, the winner that scored first in the bout will be declared the winner. This decision is called senshu.

However, if neither opponent has scored any points, the judges will decide a winner by either raising their red or blue flag. The majority of red or blue raised flags will denote the winner, hantei.

Points are scored by successful attacks or counter attacks of your opponent.

This is awarded for a successful punch or strike to the head or neck, or to the front, side or back of the torso.

This is awarded for a successful kick to the front, side or back of the torso.

This is awarded for a successful kick to the head or neck, or for the combination of a sweeping technique followed by a successful secondary technique to the downed opponent.

All techniques must be controlled. Warnings, removal of points and/or disqualifications will be given in the case of strikes below the belt, excessive contact, or leaving the competition area (jogai).

Additionally, non-engagement, feigning or exaggerating injury, or breaches in etiquette (including discourteous behavior towards a referee) will receive warnings in relation to their seriousness.

There are three levels of warning before a final disqualification. However, depending on the seriousness of the offense it is possible to skip the initial warnings.

The first ever Olympic karate kumite competitions will be held on Thursday, August 5 through to Saturday, August 7.

The kata section is also separate categories for men and women with one competition for each sex regardless of weight.

The purpose of kata is to perform a series of predetermined moves (a form) that originates from one of the designated styles of karate that are recognized for the Olympics. These styles are:

This is a sequence of techniques devised to cultivate the mind and technique through facing multiple virtual opponents. There are 102 WKF approved kata from which the competitors can choose from.

The competitors will be divided into two pools. In the initial round they will be asked to perform two kata and the winners will be decided by the highest average scores. For the next round, secondary pools will be formed.

Competitors are judged upon the level of difficulty of the kata, the overall consistency of the correct use of technique, and the correct level of spirit and intensity (their interpretation) for the different sections of their chosen form.

The first ever Olympic Karate Kata competitions will be held on Thursday August 5 (women) and on Friday August 6 (men).

(The World Karate Federation (WKF) is a source of additional information. Find them on Facebook and on Twitter.)