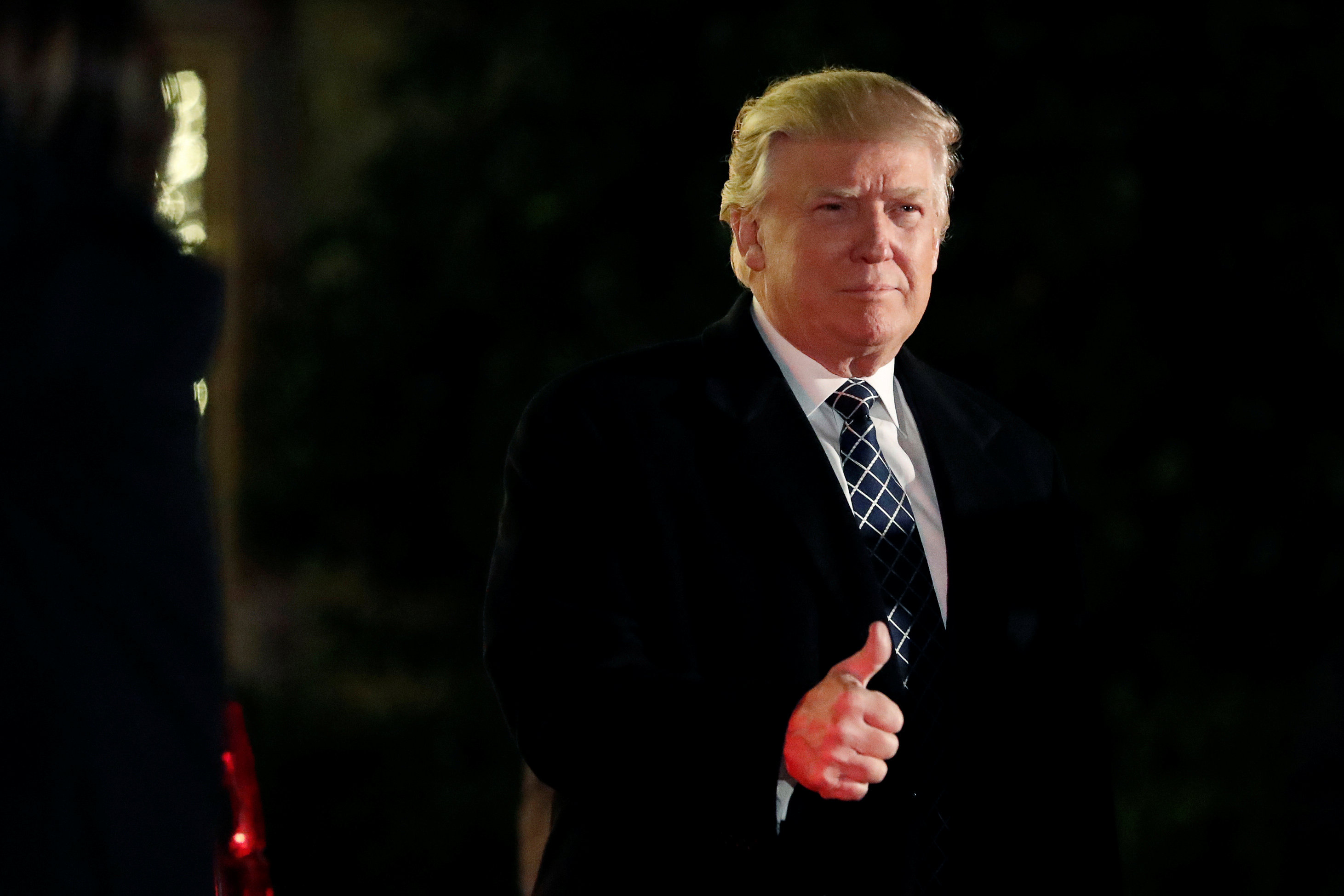 In the beginning of the marathon race that is the U.S. presidential election, Donald Trump looked like froth on the water. But his radical choice of words and eccentric approach clearly made an impression on voters. The analyses on this election have been many and will continue for years, but I must admit that I, along with most other commentators, was unable to foresee his success.

No (president) is an island

Of course, getting elected and governing are two very different jobs. Just because Trump was successful in using his unique approach to win the election does not mean that we will be successful at running his administration. In no small part this is because the legislative branch, rather than the executive branch, takes the initiative in legislation and in most policies.

He may have the individual honor of winning the election, but governing is not an individual responsibility. To govern successfully, he must rely on his White House personnel, executive appointees, the bureaucratic machine, and congressional leadership. Bombast may have worked on the campaign trail, but sooner or later paralysis will set in if he does not learn to modulate his approach for the grind of daily policymaking.

With this in mind, the Japanese government should respond to his election in the following two policy areas:

The first is to persuade the new administration that the Japan-U.S. alliance has value for the United States. Trump has emphasized the heavy burden the United States bears in maintaining its network of alliances throughout the world, including that with Japan.

To that end, Trump has even suggested that Japan and South Korea should pursue nuclear weapons and has demanded an increased financial contribution for the expense of hosting U.S. forces in their counties. That being so, it is important that Trump and those around him understand the significant benefits the United States gains from its treaty network throughout the world, not least its alliance with Japan.

Alexander Gray and Peter Navarro, two of Trump’s campaign advisors (Navarro has since been appointed head of the new National Trade Council), in a November 7 article for Foreign Policy magazine, explained the likely emphasis of Trump’s upcoming administration would be to fulfill Trump’s slogan “Make America Great Again” by pursuing peace through strength in the Asia Pacific. Their idea is based on their idea that President Obama’s “pivot to Asia” strategy resulted in indecision, speaking loudly but carrying a small twig.

Given the fact that Trump has no government experience and therefore no track record in foreign policy, the viewpoints of his closest advisors are the best signposts for determining his presidency. And the impression Gray and Navarro’s piece leaves is different from the isolationist rhetoric Trump employed during the campaign.

The second point is that, after acknowledging of the significance of the Japan-U.S. treaty, the two countries could begin to work on a future where Japan is less dependent on the United States. As a result of last year’s security legislation there has been a dramatic expansion of what can be done within the context of the treaty with the United States.

But it has also been estimated that the agreement still only achieves roughly 25 percent of truly equal burden sharing of the joint responsibilities that would be covered in a normal security treaty. But in order for that to be achieved, the war-renouncing Article 9 of the Japanese Constitution would have to be revised for Japan to work with the United States as a “normal” treaty ally.

This process of achieving “normality” may take some time, but at very least Japan will have to repeatedly stress to the incoming administration that the future of the Japan-U.S. treaty lies in the establishment of a full specification treaty given that the United States is singlehandedly bearing the burden of making the treaty work.

Through Japan’s postwar struggle with its constitution, advocates of independence from the U.S. alliance, from both left and right, have always carried with them a tinge of anti-Americanism.

If Trump’s elevation to the presidency results in encouraging Japanese autonomy from the United States while also leading to a new treaty that permits equitable burden sharing, Trump’s win may well be a blessing in disguise for Japan. Have the Abe cabinet’s foreign policy aims not already resulted in simultaneously combining autonomy from the United States with reinforcing the alliance?

My impression is that the hopes of Trump’s supporters will see those hopes only partially fulfill. Politics is no sleight of hand and President-elect Trump will not be able to singlehandedly dispel the dissatisfaction, frustration, and sense of loss that led to his election in the first place. But for Japan, he may offer an opportunity for the future of its relationship with the United States. Japan should be practical, rather than panicking, and attempt to see his presidency as an opportunity.