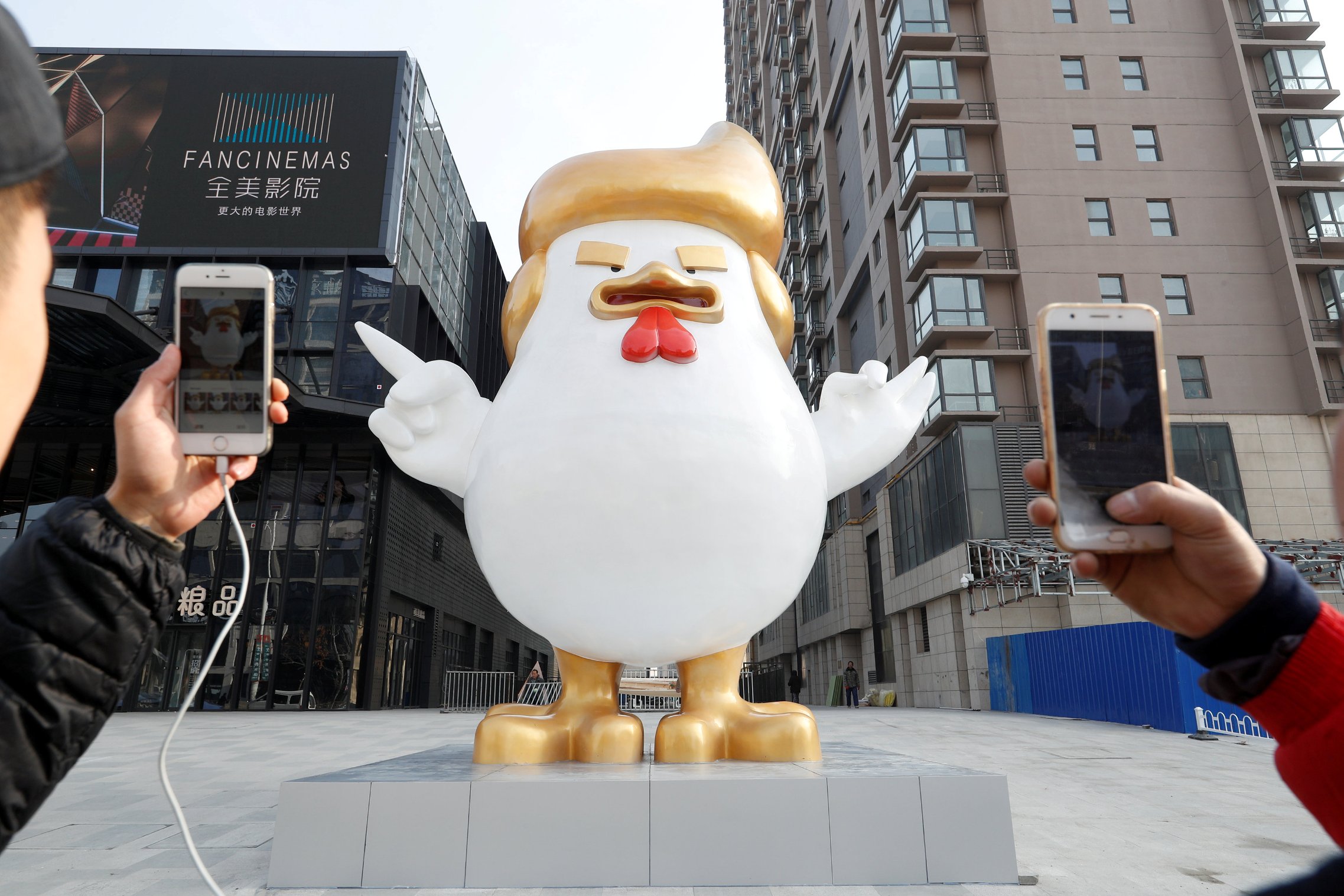 President-elect Donald Trump sharply broke with past practice in December 2016 by accepting a congratulatory phone call from Taiwan President Tsai Ing-wen. He publicly questioned U.S. government support for the policy of “one China” including Taiwan, and he reacted promptly to Chinese criticisms with blunt public complaints about unfair Chinese economic policies and military expansion in the disputed South China Sea. The phone call was facilitated by representatives in president-elect’s entourage and the Republican Party leadership who favored a policy toward Taiwan less deferential to Beijing. The New York Times among other mainstream media negatively depicted the move as dangerously broadening ongoing frictions in U.S.-China relations. According to the Times, the Trump initiative came from a cabal of “a small, hard-line faction of Republicans that has periodically urged a more confrontational approach to Beijing.”[1]

In fact, the Trump initiative enjoys much more U.S. backing than depicted in the above media. Buttressed by such approval, the incoming U.S. government is likely to show greater support for Taiwan amid rising U.S. tensions with China. Trump has already demonstrated an overall approach to China and Taiwan at odds with the previous administration’s transparent, measured, and predictable approach to differences with China that eschewed actions on Taiwan risking serious controversy with China.

The Obama government insulates Taiwan from hardening policy toward China

The downturn in U.S.-China relations has become notable since 2014. Since that time, the Xi Jinping government’s territorial expansion in nearby disputed islands, cyber theft, unfair economic practices and internal repression prompted frequent strong public rebukes from President Obama that contrasted with his previous reticence in criticizing China. However, the president’s wide-ranging and often sharp criticism notably refrained from including China’s policy toward Taiwan. Rather, the president and his administration continued to adhere to an approach inherited from the George W. Bush administration, where Taiwan issues should be handled in ways that avoid serious negative consequences for U.S. policy toward China. Thus, the toughening of the Obama administration’s stance was not accompanied by hardening in its policy toward China over Taiwan.

Posed against the U.S. administration’s treatment of Taiwan were three groups of U.S. critics seeking to advance relations with Taiwan in ways that risk antagonizing Beijing. The landslide victory of Tsai Ing-wen and her Democratic Progressive Party (DPP) in the January 2016 presidential and legislative elections supported an approach notably less deferential to Beijing than the outgoing government of President Ma Ying-jeou (2008-2016). It raised the possibility that the Taiwan government would be more open and supportive of these U.S. advocates.

One group of these critics strongly urges U.S. policy to deal with Taiwan for its own sake, rather than in a contingent way dependent on U.S. interests with China. They opposed the U.S. government intervention in Taiwanese domestic politics during Taiwan's presidential election campaign in 2012 in voicing concern about DPP presidential candidate Tsai Ing-wen’s cross-strait policies. They favored more forthright U.S.  support for Taiwan’s entry into the Trans Pacific Partnership (TPP), more frequent cabinet-level visits to Taiwan, and the sale of more advanced U.S. military equipment to Taiwan; and they aver that recently strident U.S. complaints about Chinese bullying and intimidation of neighbors needs to also highlight and condemn China’s two decades of massive bullying, coercion, and intimidation toward Taiwan.

A second group of Americans focus on using Taiwan’s important geographic location in opposition to what they see as Chinese efforts to undermine the U.S. strategic position around China’s rim and achieve overall dominance in the region contrary to longstanding American interests. In their view, to counter such perceived efforts requires a clear U.S. strategy that works with China’s neighbors involving maritime control and interdiction if necessary. Because of its location at the center of the so-called “first island chain,” Taiwan looms large in plans to counter Chinese expansion along its rim. The plans involve gaining the Taiwanese government’s cooperation in setting and monitoring sensors and other means of surveillance, preparing mobile units with anti-ship missiles to deploy to various locations in the first island chain, and preparing the use of mines and other means to deny access to Chinese ships and submarines.

A third group of Americans focuses on the Xi Jinping government’s recent coercive expansionism at American expanse along China’s rim and the other practices grossly at odds with U.S. interests to argue that the United States should take actions showing greater support for Taiwan as part of a cost imposition strategy to counter Xi Jinping’s anti-American practices. In their view, the kinds of steps forward in U.S. relations with Taiwan advocated by the previous two groups should be considered and used as the United States endeavors to show Beijing that its various challenges to U.S. interests will not be cost-free and will be counterproductive for Chinese concerns on the all-important Taiwan issue.[2]

President-elect Trump’s phone conversation with President Tsai and questioning of the one China policy, notably linking it to U.S. criticisms of China over trade and the South China Sea showed that President Xi and his lieutenants now face a new U.S. leader capable of a wide range of actions that will surprise his Chinese counterparts with serious negative consequences. Mr. Trump values unpredictability and does not place the high value President Obama did on policy transparency, carefully measured responses, and avoiding dramatic actions. He is much less constrained than the previous U.S. administration by a perceived need to sustain and advance U.S.-China relations. Like President Xi and unlike President Obama, President Trump does not eschew tension and presumably seeks advantage in tensions between the two countries. And like his Chinese counterpart and unlike President Obama, he is prepared to seek leverage through linking his policy preference in one area of the relationship with policies in other areas of the relationship.

The full range of implications of all the above for U.S. relations with China and policy toward Taiwan remains to be determined as Mr. Trump takes office. At one end, he may succeed in persuading President Xi to accept some improvement in U.S.-Taiwan relations and other changes in China policy favorable to the United States rather than risk major disruption and confrontation in Sino-American relations at this sensitive time of leadership transition in China.

On the other end, President Xi, reflecting a sense of power and confidence, a sense of vulnerability, or some combination of the two, may resort to massive demonstrations of Chinese economic and military power to compel the Trump government to reverse its Taiwan initiatives and accommodate China’s demands. In between are many possibilities, including negotiations and deal-making favored by Mr. Trump—and many in China—where compromises will be reached allowing for smoother progress in the relationship.

Taiwan presumably would benefit from the first outcome; it would be at the center of any U.S.-China military faceoff; and some observers in Taiwan remain concerned that Taiwan may become a “bargaining chip” in high-level U.S.-Chinese talks, being the “price to pay” in any U.S.-China grand bargain governing future Sino-American relations.[3]