The origins and legend of Tanabata: Japan’s “Star Festival” 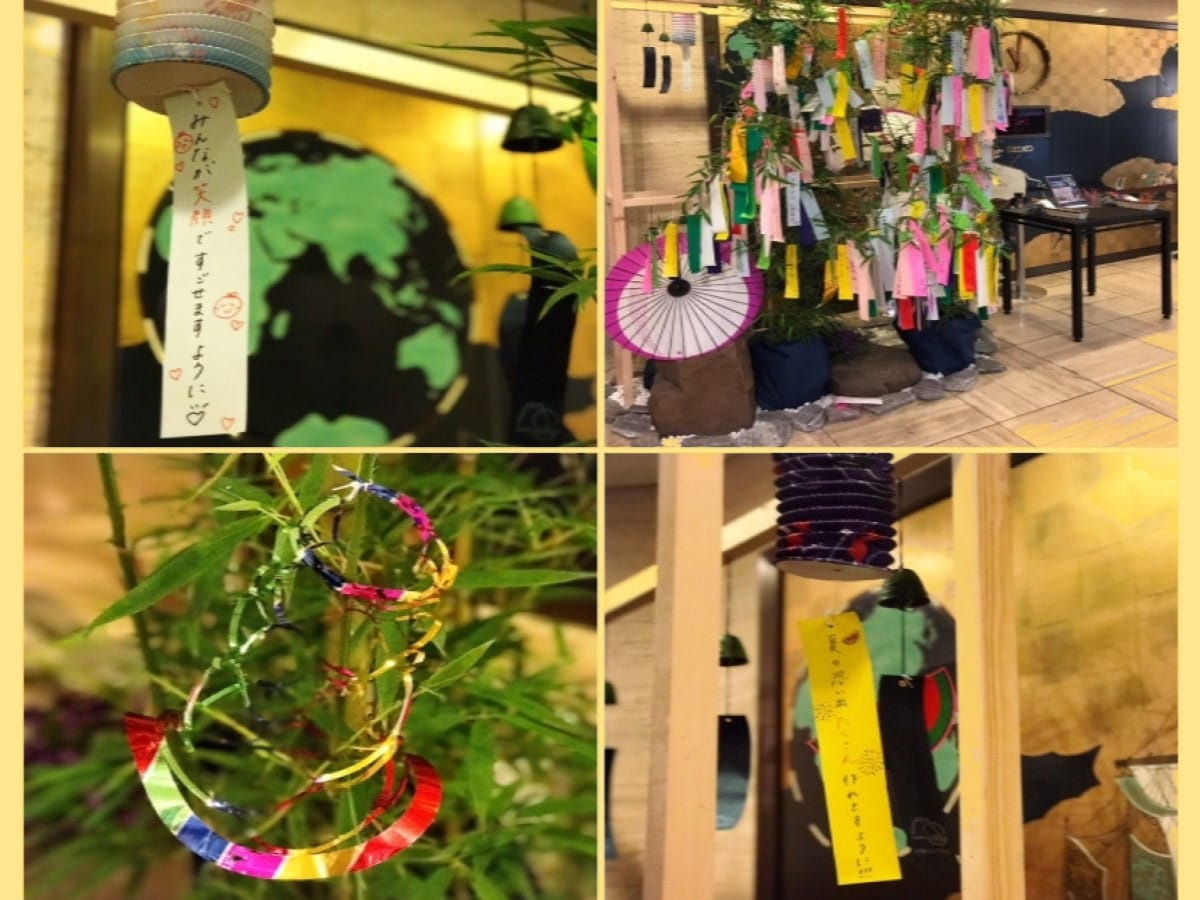 One of the most important and most celebrated events happening in Japan during the summertime is Tanabata 七夕. This iconic event is celebrated on July 7th.

Tanabata is just one of many seasonal events with origins in China which are celebrated annually in Japan.

The seasonal celebrations are also known under the name of 節句 sekku. Together there are five in number and all of them have allocated a plant/flower. These five sekku are celebrated every year, just like Tanabata, by all people in Japan, from nursery children to adults.

The first celebration is “Human Day” (人日 Jinjintsu), on January 7th. Jinjitsu is represented by nanakusa 七草 (seven herbs). The celebration of the seven herbs (七草の節句 nanakusa-no-sekku) is when Japanese people eat a rice porridge made with seven herbs.

Girls’ Day, Hinamatsuri 雛祭, celebrated on March 3rd, is represented by the peach flower. (The festival is also known as Jōmi 上巳, or 桃の節句 Momo no Sekku).

The national holiday of May 5th, Children’s Day (Kodomo no Hi こどもの日), is represented by the Japanese iris. (The festival is also known as 端午の節句 tango no sekku).

The fourth festival, Tanabata (also known as shichiseki no sekku 七夕の節句), is represented by “bamboo”

Finally, the fifth is Chōyō no Sekku 重陽の節句 (also known as Kiku no Sekku 菊の節句) on September 9th, which is represented by the chrysanthemum.

Tanabata was part of the Obon Festival and dates back approximately 2000 years ago. It is said that the reason why 七夕 (Shichiseki) is also read as Tanabata dates back to the old days. Tanabata was originally written as 棚機 from 精霊棚 shōryōdana, a shelf on which offerings during Obon are placed for the spirits of the ancestors and 幡 hata, a flag used for Buddhist ceremonies.

However, legend says that one evening on the 7th, when preparing to welcome the spirits of the ancestors during the Obon ceremonies, the kanji 七夕 was pronounced “Tanabata” for the first time and it remained so since.

The rest of the article can be viewed on our partner’s website, grape Japan at ”The origins and legend of Tanabata: Japan’s “Star Festival”.“