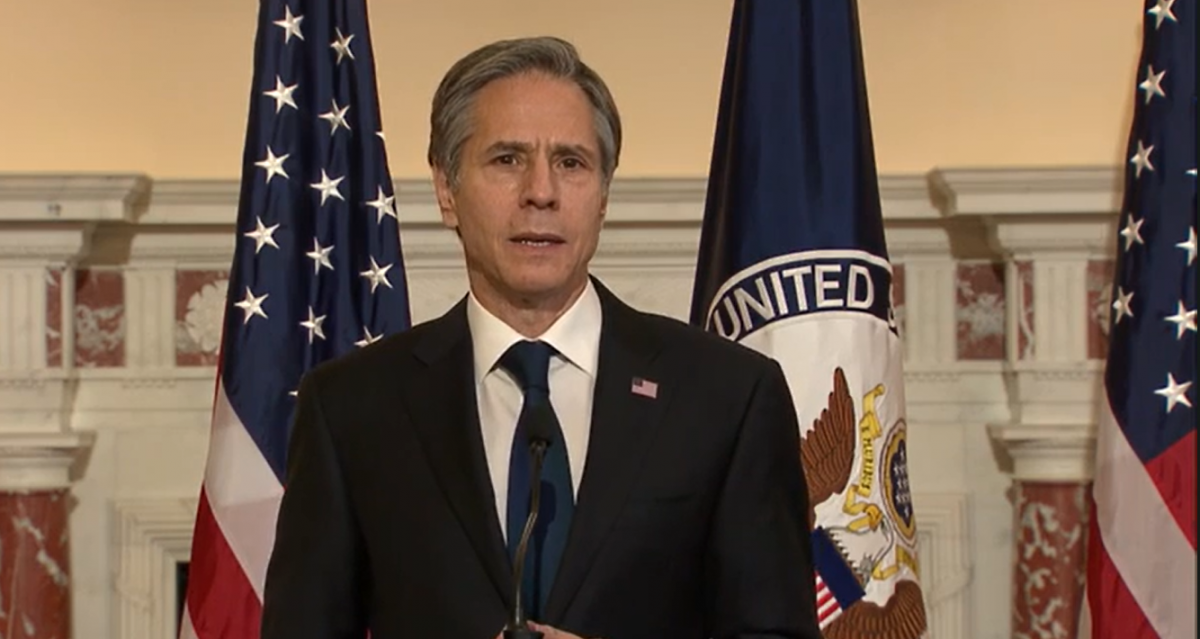 The diplomats at Japan’s prestigious Ministry Of Foreign Affairs are experiencing one of the busiest periods of their careers.

On Tuesday March 16, they will host a visit to Tokyo by two American VIPs: Secretary of State Antony Blinken and Defense Secretary Lloyd Austin.

The guests arrive in Tokyo as the city remains in a state of emergency. Many people, including staff at the Ministry of Foreign Affairs, are trying to work from home while social distancing measures remain in place.

After their meetings in Japan, Mr Blinken and Mr Austin will go to Seoul for top level talks with politicians in South Korea.

Then Mr Blinken will fly to Alaska, for a meeting in Anchorage with the Chinese Foreign Minister, Wang Yi and top diplomat, Yang Jiechi. That meeting will take place on March 18th and 19th.

Then in early April, Prime Minister Yoshihide Suga is due to travel to Washington, where he is expected to be the first foreign leader to join Mr Biden for face-to-face talks at the White House. The trip will come after Mr Suga and the Japanese delegation receive their Covid vaccinations.

This intense period of diplomatic activity creates a valuable opportunity for the Japanese government to reinforce its commitment to the alliance with the United States and to explain how it views relations with China and South Korea.

The Japanese perspective was recently outlined by Chief Cabinet Secretary Katsunobu Kato, who said: “We hope to further strengthen our bilateral relations, including the Japan-U.S. alliance, and to confirm our close cooperation toward achieving a free and open Indo-Pacific.”

Secretary of State Blinken said in a speech in early March that under the new administration, the United States will “make a big push to reconnect with our friends and allies and to reinvent partnerships that were built years ago.”

He also said that the United States “will make sure that we continue to have the world’s most powerful armed forces. Our ability to be effective diplomats depends in no small measure on the strength of our military.”

Mr Blinken described China and Russia as “adversaries and competitors” which can “seriously challenge the stable and open international system.”

Prime Minister Yoshihide Suga has already spoken to President Biden about China. In a video call on March 12, Mr Suga said that Chinese boats frequently enter Japanese waters around the Senkaku Islands without permission and that China has militarized the coast guard and incorporated it into the People’s Liberation Army Navy.

The prime ministers of India and Australia, Narendra Modi and Scott Morrison, were also on the video call. The four nations form part of an informal defense pact known as the Quad. Joe Biden and Antony Blinken are keen to maintain this group as a counterbalance to Chinese influence, continuing on from a policy set by Donald Trump and Mike Pompeo.

Following the Quad video conference, U.S. National Security Advisor, Jake Sullivan told reporters at the White House: "The four leaders made clear that none of them have any illusions about China.”

This sets the stage for a potentially tense meeting between Antony Blinken and the Chinese Foreign Minister Wang Yi in Anchorage. National Security Advisor Jake Sullivan will also attend, as will Politburo member Yang Jiechi.

Mr Blinken hopes to enter the talks from a position of strength, having just conferred with U.S. allies, including Japan. The State Department has told China to prepare for a “difficult” conversation.

“We’ll be frank and explain how Beijing’s actions and behavior challenge the security, the prosperity, the values of not only the United States, but also our partners and allies,” State Department spokesman Ned Price told reporters.

The Chinese do not intend to lose face in Alaska.

Wang Yi and Yang Jiechi are firmly loyal to President Xi Jinping, and both have recently warned America and its allies not to cross China’s red lines over issues such as Taiwan and Hong Kong.

Nevertheless, China says the opportunity for dialogue is welcome, and hopes the Alaska meeting will be a cautious, initial step towards resetting ties with America.

The Chinese premier Li Keqiang told a press conference in Beijing on March 11: “As China and the U.S. have different histories, cultures, stages of development and social systems, it is inevitable that there will be disagreements, and sometimes even sharp ones. What matters is how we handle them.”

Mr Li suggested that China and the U.S. will engage in “multi-faceted and multi-tiered dialogue”.

He told the House Foreign Affairs Committee: "This is not a strategic dialogue. There's no intent at this point for a series of follow-on engagements. Those engagements, if they are to follow, really have to be based on the proposition that we're seeing tangible progress and tangible outcomes on the issues of concern to us with China."

Mr Blinken does not therefore intend to avoid confrontation with China. The goal of his Asia meetings this spring is to appraise the Chinese position and to revitalize American’s international partnerships in the region.

Japan is recognized as a “unique asset” by the U.S. State Department. Prime Minister Suga has calculated that his country’s best interests are firmly in line with those of America – an ally which intends to match its diplomatic action with a powerful military presence.

Find other reports by Duncan Bartlett on JAPAN Forward, here.

Duncan Bartlett is the Editor of Asian Affairs magazine and a regular contributor to Japan Forward. He also edits the news portal Japan Story which contains articles, videos and podcasts. He is a research Associate at the SOAS China Centre, University of London and hosts the weekly podcast, China In Context.