Trump’s Grand Strategy and What it Means for Asia 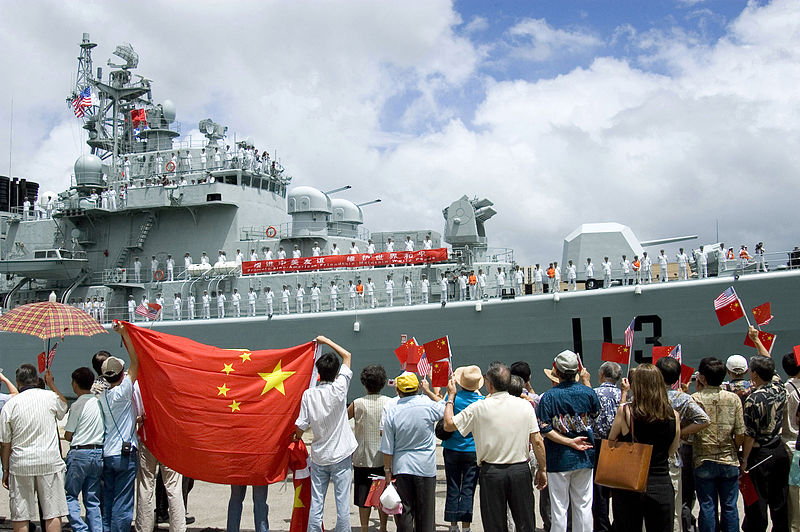 The Trump administration has been criticized for lacking a grand strategy. Instead of having a coherent long-term plan toward which all foreign policy will be oriented, it has been suggested that the new president will be guided by personal instinct and will pursue disconnected, short-term goals. Strategic thinking is therefore expected to give way to opportunism and improvisation.

This is an understandable assumption given Trump’s erratic style of communication. It is, however, almost certainly wrong. In fact, concealed by the flurries of impetuous tweets is a clear picture of what the new president considers to be the United States’s unifying foreign policy priority. The existence of this particular grand strategy, however, provokes more concern than relief.

All of the signs are that Trump’s foreign policy will be built around the assumption that confrontation with China is inevitable. According to this zero-sum world view, recent presidents have been mistaken in seeking to accommodate Beijing since this has led to the growth of Chinese economic and military power at the expense of the United States. China is now a formidable rival and it is assumed that it will seek to impose its will internationally. The United States must therefore act now to forcibly contain China before the power balance shifts inexorably in Beijing’s favor.

Guided by this outlook, the Trump administration intends to aggressively challenge China. This is why the president has vowed to create a 350-ship navy. It is also the thinking behind the threat to impose a 45 percent tariff on Chinese imports and the explanation for the appointment of Peter Navarro, a vehemently anti-China economist, as head of the National Trade Council.

There are also strong indications that the United States intends to deliberately overstep Beijing’s red lines, thereby forcing China to back down and showing it to be a paper tiger. One of these areas will be the South China Sea, where both Rex Tillerson, incoming secretary of state, and Sean Spicer, White House press secretary, have suggested that the United States may deny China access to the islands it has built there.

A second area is Taiwan where the Trump administration’s willingness to confront China is apparent from the president’s questioning of the “One China” policy and his willingness to engage with the leadership in Taipei. Even more provocatively, John Bolton, a key foreign policy adviser, has proposed stationing U.S. forces in Taiwan.

Containing China is therefore at the heart of Trump’s foreign policy. What makes this the grand strategy, however, is that this priority shapes all of the United States’s other important relationships. Nowhere is this clearer than in the case of Russia. Much has been written about Trump’s “strange crush” on the regime of Vladimir Putin. However, if the United States’s paramount goal is to weaken China, there is nothing peculiar about trying to improve relations with Moscow.

President Trump evidently does not consider Russia to be a threat to the United States. Its economy is smaller than that of his native New York and its military spending is around ten times less than America’s. Russia may be destabilizing to the status quo in Europe, but this is of little concern to a U.S. president fixated on a confrontation with China. This also explains Trump’s disregard for the NATO alliance.

According to this logic, instead of trying to isolate Russia and thereby drive it closer to China, it makes perfect sense to exchange a reduction in sanctions for a commitment from Moscow to distance itself from Beijing. This would leave China without any powerful allies. In addition, the introduction of frictions into the relationship between Moscow and Beijing would undermine Chinese confidence in the security of its northern border, thus forcing a diversion of attention away from maritime expansion. Trump’s surprise decision to include Steve Bannon, his chief strategist, on the National Security Council is fully consistent with this objective since Bannon, as with National Security Adviser Michael Flynn, is an advocate of closer relations with Russia.

This grand strategy will also determine U.S. policy toward Japan and South Korea. Trump has caused dismay in Tokyo by abandoning the Trans-Pacific Partnership. He has also raised concerns about the reliability of America’s security guarantee by calling on Asian allies to pay a greater share of the cost of their defense.

Despite this, the priority of containing China dictates that Washington will continue to commit strongly to its relations with Japan and South Korea. This will include a reaffirmation of the Obama administration’s promise to defend the Senkaku Islands, even though Washington officially takes a neutral position on this territorial dispute. This confirmation is likely to be provided when Defense Secretary James Mattis visits Japan and South Korea in early February. The fact that this trip comes unusually soon after the Defense Secretary’s confirmation, and that it will be followed by a meeting between Prime Minister Abe and President Trump on  February10, is evidence of the strong emphasis the new administration will place on relations with Japan. The expectation is therefore that, while the economic aspects of President Obama’s “pivot” to Asia may be dead, the military and political elements are very much alive.

There is therefore clear logic to Trump’s grand strategy, but that is not to say that it should be welcomed. It is possible that the United States will succeed in forcing China to back down, thus demonstrating U.S. preeminence. Alternatively, there is a real risk that an aggressive confrontation with China will escalate into armed conflict.

In particular, the Trump administration appears to envisage the South China Sea as the venue for a triumphant rerun of the Cuban Missile Crisis. In that case, a blockade, backed up by the threat of military action, succeeded in forcing the Soviet Union to withdraw its missiles. The South China Sea, however, is located on China’s doorstep and Beijing has defined it as an area of “core interest”. As such, there is no guarantee that China would actually back down.

Likewise, there is a danger that the Trump administration underestimates China’s resolve over Taiwan. While the White House appears to consider the threat of Taiwanese independence to be a valuable source of leverage, Beijing may feel that the issue is so fundamental to national identity that it has no option but to resort to military force.

In short, Trump’s grand strategy amounts to an enormously risky bet that in a head-to-head confrontation with the United States, China will fold and not proceed to a showdown. In the best-case scenario, this approach will prove economically damaging for all concerned. In the worst-case scenario, it will lead to war in Asia. It would be so much better if Trump really did lack a grand strategy.