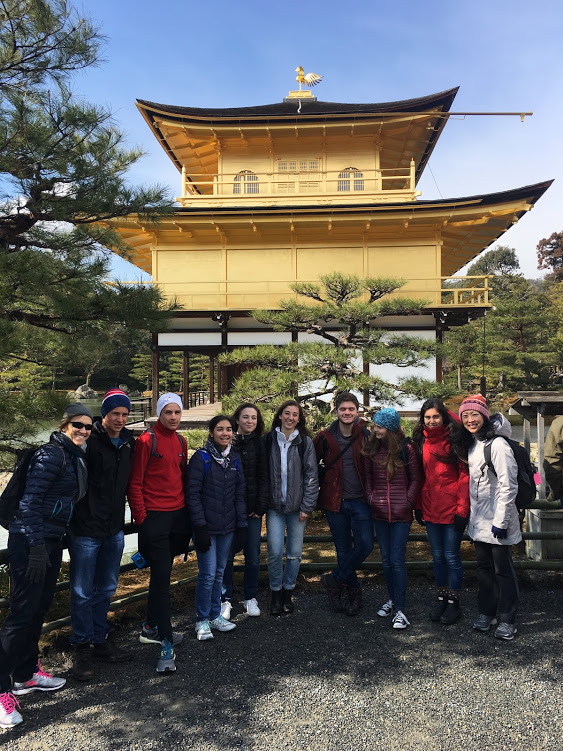 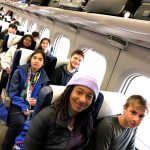 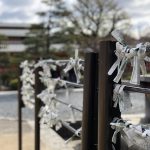 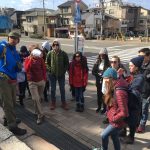 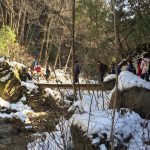 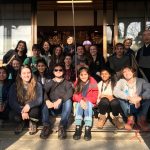 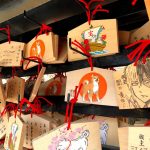 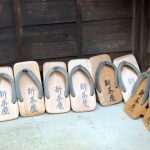 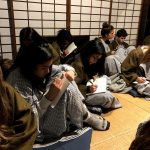 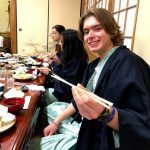 For 10 days in February, I was among 16 students who traversed the globe along with Ms. Land, Ms. McKenna, and Naoko to visit Japan. Throughout Japan—from Kyoto to Tokyo—we experienced everything, from caramelized crickets to 320-kilometer-per-hour bullet trains. To say the trip was enriching and unforgettable is an understatement.

A full summary of the trip, including blog posts from each day, is available on Twitter, but there are some lessons we learned that cannot simply be deduced from glancing at a Twitter feed.

Our visit to the Yasuda Gakuen Junior and Senior High School in Tokyo, for example, highlighted a few of the wonders of Japanese culture. Samuel Thompson (19), Dylan Evans (20), and I joined a men’s volleyball practice. This was not only great fun, but also quite an eye­-opening experience because the camaraderie and talent of the team were incredible.

The boys could jump out of the gym and hit the ball at the speed of sound. They said they practice Monday through Friday for three hours a day, and on Saturday and Sunday for half the day. This demonstrates the incredible commitment to excellence we found throughout Japanese life. In the midst of the Winter Olympics, I found it that this universal pursuit of greatness and commitment to excellence is shared by Japan, the United States, and many other countries alike.

After we gawked at the boys’ talent for some time, the team allowed Samuel, Dylan, and me to play. We were nervous–none of us had played volleyball, and clearly this team was in a league of its own. Still, the boys cheered every time we hit the ball in the court and applauded us after every point we won or lost. Their helpfulness and humility showed they put the group first over the individual.

The boys could have easily played among themselves, and it would have resulted in an intense and rigorous match. Instead, they made sure either Dylan, Samuel, or I touched the ball during every play. The team inducted us into its ranks and immediately acted as if we were one of their own, giving us pointers and cheering at our every lackluster spike or when we accidentally won a point.

From my experiences on this trip, I found that most Japanese really do believe that “you are only as strong as your weakest link.” Returning home, I realized that, while the United States acknowledges the importance of the group, it also celebrates the individual a fair amount—a trait differing greatly from what we saw in Japan.

While there is neither the time nor space to detail and compare all the traits of Japanese culture to that of our own, a virtue I found in most every person I interacted with in Japan was profuse kindness. Not only was the Yasuda Gakuen team kind to us newcomers, but the Japanese in general were genuinely nice people. A clear example of this was when a student in our group left a pen and 10 yen (the equivalent to a dime) in a room. In many American hotels, those items would have been thrown out, but the innkeeper called our guides and returned the forgotten merchandise.

This kindness is backed by statistics: Japan is the ninth safest country in the world, according The Independent. I believe that kindness is a true American value, but it is not always demonstrated in our daily lives. One important lesson we can learn from the Japanese is how to be kinder and subsequently improve our nation as a whole.

Cross-cultural exchange was a fascinating and complex experience that we were able to take part in during our trip. Ask anyone who went on that trip, and they will likely say something along the lines of “It was amazing.” From the volleyball courts of Tokyo, to the rustic inns of the Nakasendo Trail, we experienced life outside the United States’ borders, life beyond a Twitter feed, life teeming with wonder that at times appeared different but was filled, like our own, with important values and traditions. 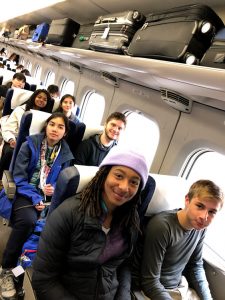 Nadia Ngom is a 10th grade student from Head-Royce School in Oakland, California. She (pictured in the front left, above), along with other students and faculty, visited Japan, traversing the Nakasendo Trail.