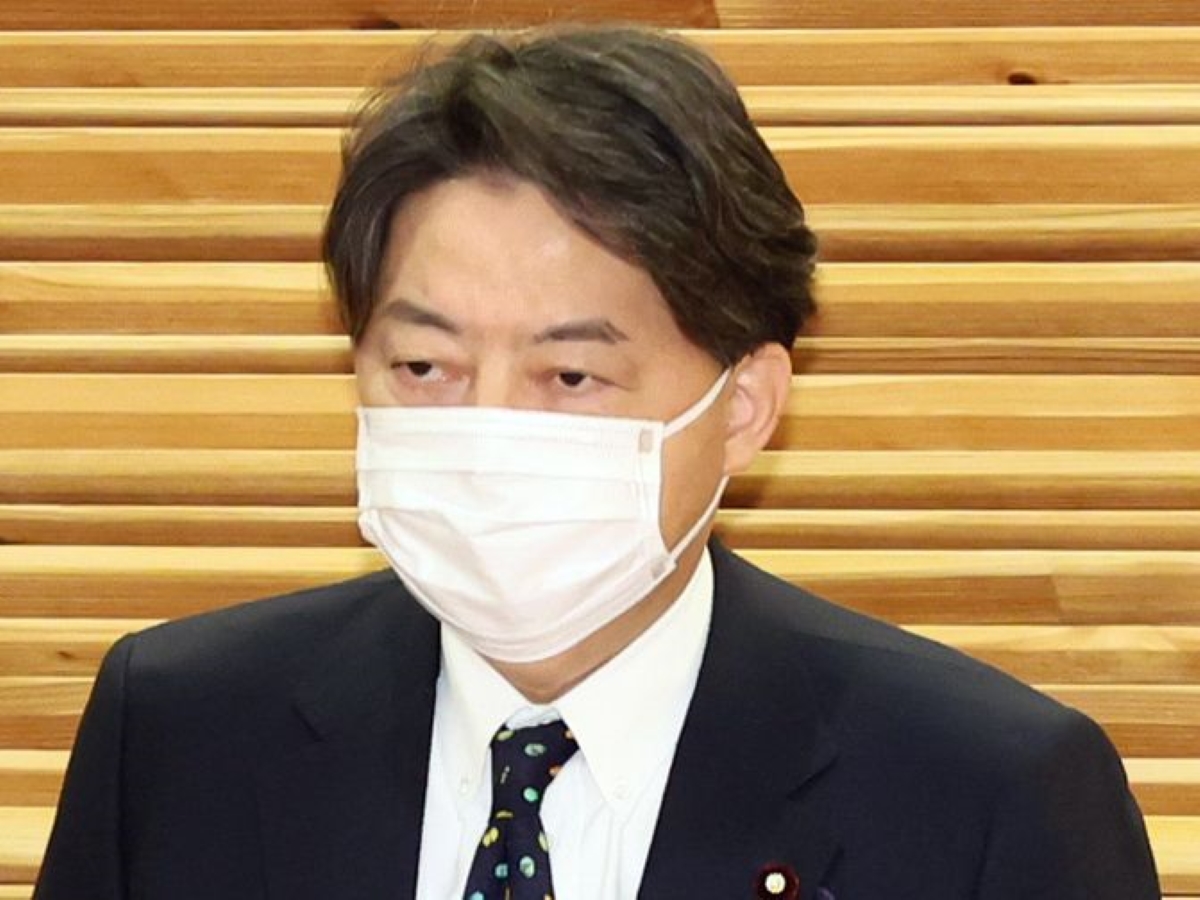 Yoshimasa Hayashi announced he was resigning as head of the Japan-China Friendship Parliamentarians’ Union when Prime Minister Fumio Kishida named him as the new foreign minister.

Behind this development lies the fact that American observers raised warning bells about how the Chinese communist regime has been using the organization in political machinations involving Japan.

Unlike similarly named bilateral parliamentarian exchange groups — such as those encouraging interchanges between Japanese parliamentarians and their counterparts in the United States, the United Kingdom, or South Korea — this group emphasizes the word “friendship” in its official title. Beijing views the group of “promoters and constructors of the cause of China-Japan friendship” as a key conduit for exerting Chinese political influence on Japan.

The structure of the Japan-China parliamentarians’ friendship group is fundamentally different from other such groups since, although the Japanese side is composed of a suprapartisan group of Diet members, there is no equivalency on the Chinese side.

Unlike in Japan where representatives are chosen by the voting public, under the dictatorship of the Chinese Communist Party, the Chinese people are not free to elect their representatives. Instead, the “parliamentarians” in China’s National People’s Congress are designated or nominated by the CCP, and in no position to reject legislation they are sent to consider.

Ever since the People’s Republic of China (PRC) and Japan established diplomatic relations in 1972, the CCP has laid special emphasis on the role of the “seven China-Japan friendship associations,” including the Japan-China Friendship Parliamentarians’ Union. When it wants to peddle policies or make demands concerning Japan, it first seeks cooperation from these groups. And when elite Chinese officials visit Japan, meeting first with top officials in these organizations is highest on their list of priorities.

The seven organizations are the following:

Among them, the parliamentarians’ group has by far the most influence.

The United States has been expressing its concerns and cautioning about these seven organizations for some time. The most detailed description of their activities to date was contained in a June 2019 report issued by the Jamestown Foundation, a Washington DC think tank, titled,  “A Preliminary Survey of CCP Influence Operations in Japan.”

This report mentions the Japan-China Friendship Parliamentarians’ Union, and warns that the United Front Work Department, which is directly under the central committee of the CCP, and other People’s Republic of China political warfare organizations are actively using these friendship groups to engage in political work directed at Japan.

It adds that it is not clear whether Japanese members of such groups, including Diet members, are knowingly and by intention cooperating.

The US Defense Intelligence Agency’s China Military Power Report released in January 2019 warned about the PRC’s ongoing political warfare being directed against Japan. It specifically warned that the People’s Liberation Army was using the “seven China-Japan friendship associations” as a weapon in this political warfare.

One indication of just how much importance the Chinese government places on these seven groups within its Japan operations was the fact that, in January 2021, the Chinese ambassador to Japan, Kong Xuanyou, invited Hayashi and other representatives of the seven friendship organizations to participate in a video conference.

According to the official website of the Chinese embassy in Tokyo, during this video get-together, Kong exchanged New Year’s greetings with Hayashi and other participants, and they all agreed to foster China-Japan bilateral interchanges and cooperation.

Furthermore, according to the same official Chinese website, Hayashi and the other group representatives stated the following: “We will cooperate for the Beijing Winter Olympics, seek to improve the base of public opinion in our two countries, ceaselessly strive to further develop friendly ties and approach the 50th anniversary of the normalization of relations between China and Japan in 2022 in a favorable atmosphere.”

In other words, the Japanese participants pledged across-the-board cooperation with China.

The Biden administration has indicated that the US is leaning towards a diplomatic boycott of the Beijing Olympics due to actions such as the suppression of human rights by China. Increasingly within Japan, there are also calls for Tokyo to take similar measures.

With all of this in mind, no doubt the fact that the same Yoshimasa Hayashi, who recently promised to provide friendly cooperation for the success of the Beijing Games, is now Japan’s foreign minister, is a cause for concern in Washington DC.