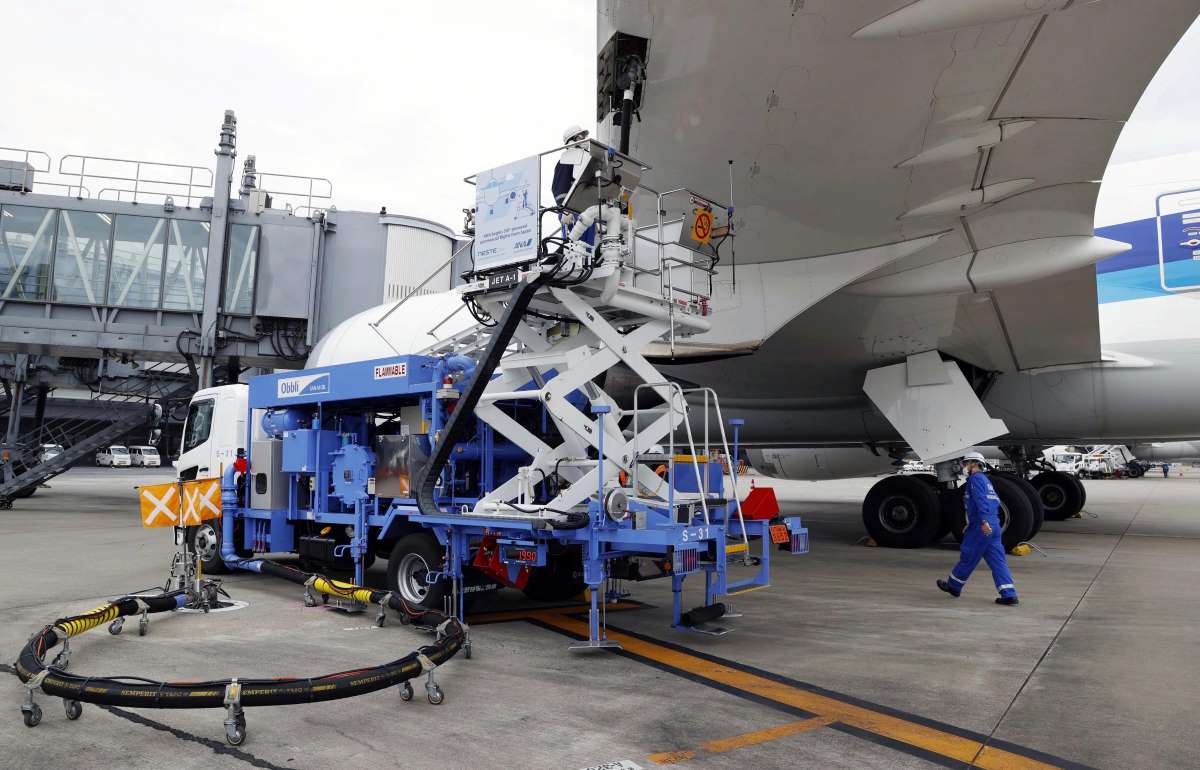 Refueling a passenger aircraft with jet fuel derived from food waste, Haneda Airport on the morning of November 6, 2020 (Kyodo).

On November 24, real estate giant Mitsubishi Estate Co. and JGC Holdings Corp., a major company in plant engineering, announced an agreement to collaborate on the collection of used cooking oil (UCO). The two firms aim to commercialize sustainable aviation fuel (SAF), which has a low environmental impact. SAF can be made from plant-based UCOs, including tempura oil.

Securing the raw material is said to be the biggest hurdle. The type of SAF that JGC Holdings is working to develop from UCO leads in the race for commercialization. But securing suppliers of raw materials “still requires efforts,” according to a company representative.

The quality of waste oil coming from Japan has led to strong demand from overseas SAF businesses. This intensified competition is resulting in higher prices.

Masato Shiomi, executive director of UCO Japan, a business association for companies working in the collection of waste oil, explained the current state of affairs. "Growing exports have resulted in an insufficient supply to those who need UCO domestically," he said.

The trend was exacerbated by a decreased supply from restaurants amid the COVID-19 pandemic. The export price per kilogram soared from ¥78.7 JPY in January 2021 to ¥199.1 JPY in October of 2022, a 2.5-fold increase. While domestic trade prices have also been on the rise, exports are priced even higher.

Read the rest of this article here to learn more about the effort to promote local production and consumption of cooking oil for fuels. And find more great articles on the environment and the challenges of achieving the SDGs on our new website Japan 2 Earth (J2E), sparking a transition to the future.