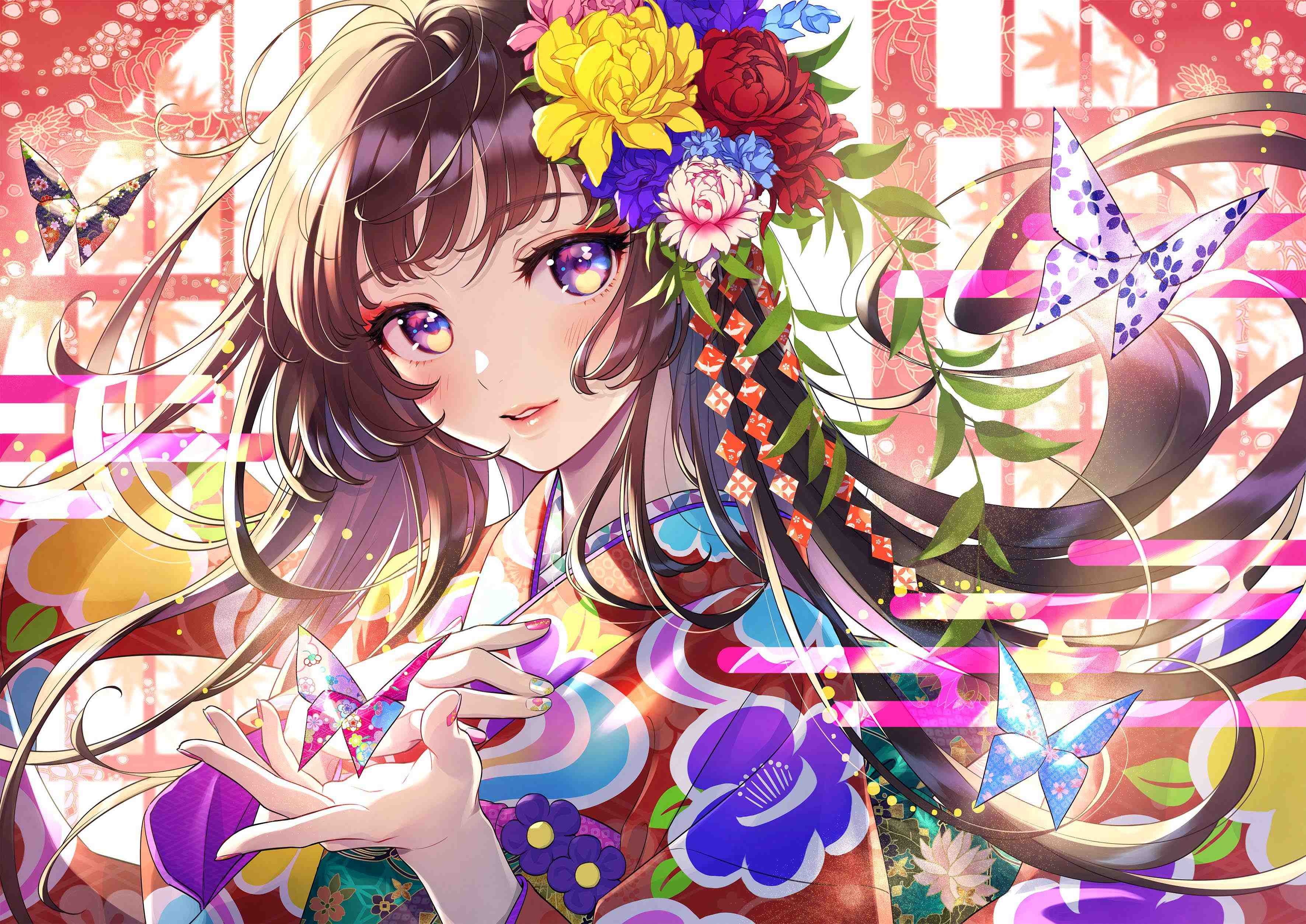 The 2020 Eshi-100 exhibition highlighting the works of more than 100 manga artists and illustrators is officially set to start August 8 at Akiba Square in Tokyo’s Chiyoda ward.

Sponsored by The Sankei Shimbun and on its 10th year, this year’s exhibition features the theme “和” (wa). The Japanese character signifies harmony, peace, and is associated with traditional Japanese culture.

In a world shaken by COVID-19, the exhibition seeks to pose the question: how do different artists portray the concepts encompassed by “Wa”?

Taking place in summer for the first time, the exhibition puts together works of 102 Eshi artists, a term used to link them to “ukiyo-e eshi” from the Edo period (1603-1868).

Among this year’s exponents, there is the renowned mangaka Ume Aoki, who is noted for her manga Hidamari Suketchi (Sunshine Sketches).

In addition to illustrators at the forefront of pop-culture, exponents from overseas, namely from Taiwan and South Korea, contributed to this year’s exhibition.

Given the choice of the 2020 theme, elements of traditional Japanese culture made their way into the illustrations.

There are images depicting Japanese-style clothing, and traditional Japanese motifs. 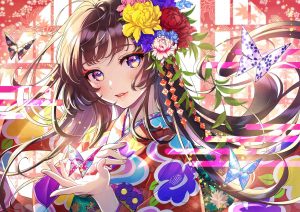 One is a work called “Flower Invitation,” designed by the artist popular for having drawn the virtual YouTube character Kizuna AI, En Morikura.

Morikura, participating in the exhibition for a second time, commented on the thinking behind her work: “In order for people to perceive the attractiveness of Wa, I tried to depict the black hair with the lusciousness of running water, to give an elegant feeling.”

“I would like for people to feel the gorgeousness of Wa and Japanese culture,” she continued, “in the same way butterflies are attracted to flowers.” 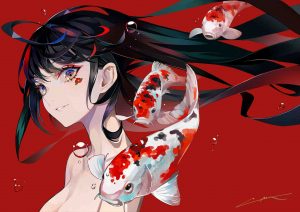 A good contrast with Morikura is provided by the work of LAM, called “Nishikigoi”, meaning colorful Koi carp. The viewers perceive both beauty and strength from the depiction of three swimming carp.  Coupled with the mysterious expression of a young girl and the strong impression left by the artist’s use of the color red, it makes for a memorable artwork. 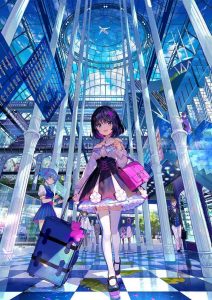 Taking a different perspective, the work by Fujichoko, called “Station,” uses the color blue to capture peacefulness and harmony. The stage is set, as it happens, in an imaginary station in the near future. The protagonist is a young girl, suitcase in hand, who manages to steal your heart with one glance. Now in the time of COVID-19 when it’s difficult to cross prefecture borders, let alone international borders, the smile of this young girl manages to catch the viewer’s imagination.

What point can be taken away? Even though time trickles by, the appeal of Wa continues. In this season of alternating rain and stifling heat, why not try to soothe the senses with the works of Eshi artists in Akiba Square?

Other? Due to prevention measures of COVID-19, a mask must be worn at all times.