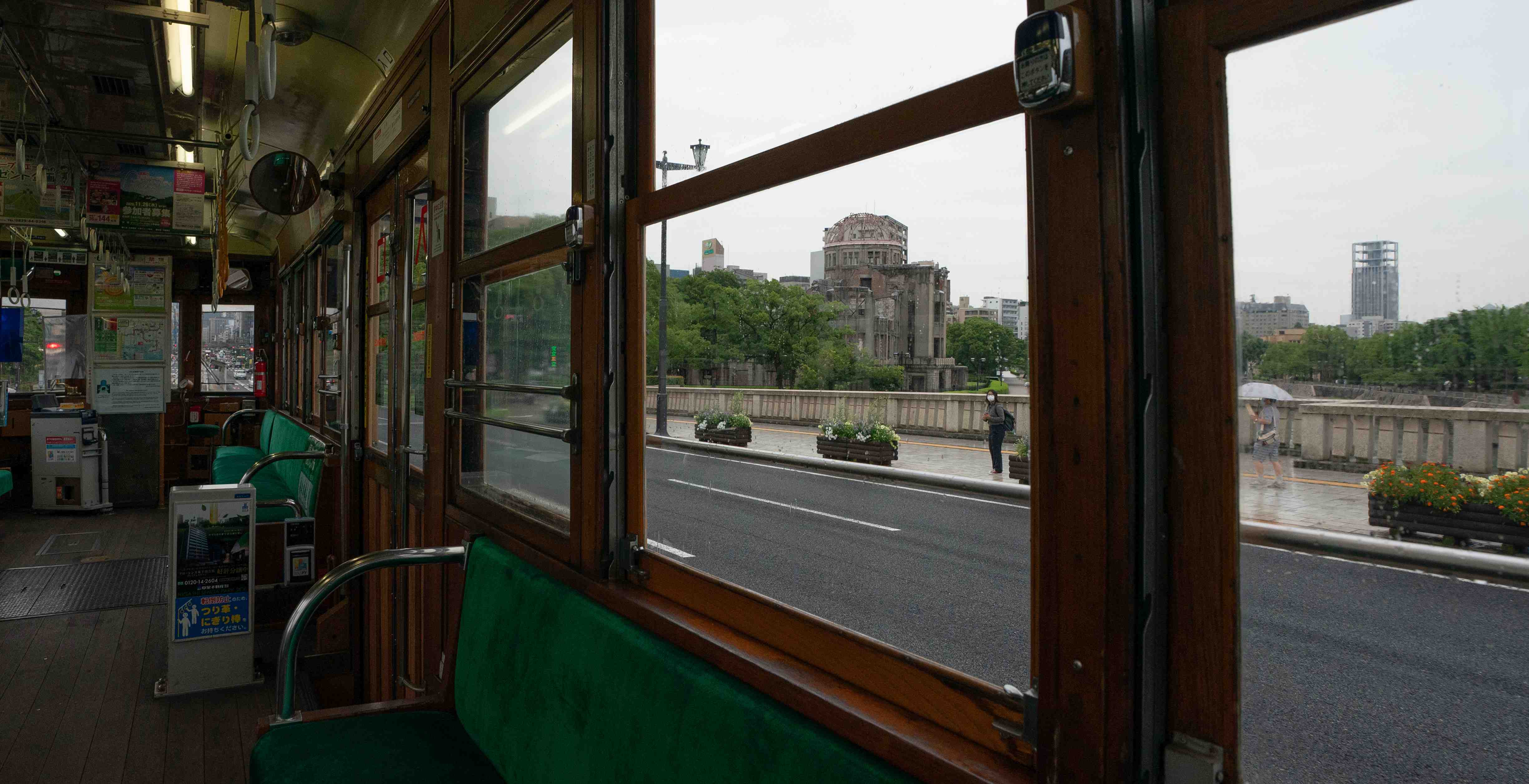 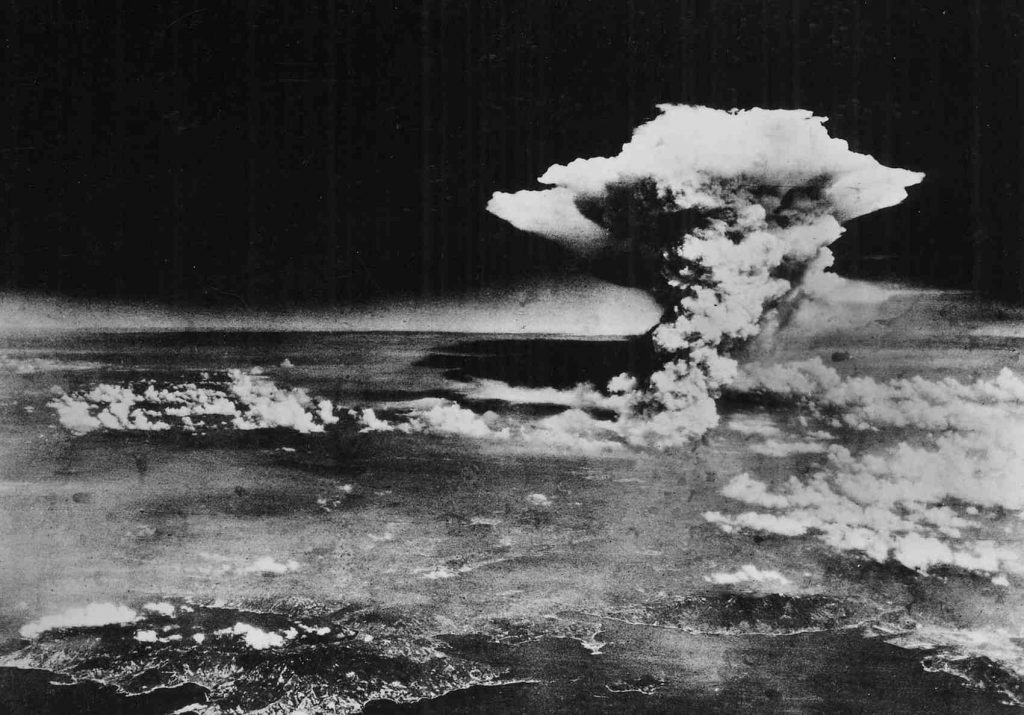 Hiroshima has undergone great changes since it became the first city in the world to be destroyed by an atomic bomb on August 6, 1945. But 75 years later, some things have not changed.

There is of course the world-famous Gembaku Dome (Atomic Bomb Dome) of the Hiroshima Peace Memorial, which originally was the Hiroshima Industrial Promotion Hall. It remains as it looked in the immediate wake of the atomic bombing, standing as a silent, stark reminder of the tragedy.

Then there are the still-running streetcars dating back to World War II, serving as “living witnesses” to the A-bombing. Looking through their wooden window frames at the surrounding scenery creates the effect of peering into the silhouette of history.

Since several of the Hiroshima Electric Railway Company (Hiroden) 650-series street cars in various locations around the city were hit by the force of the A-bomb, they came to be referred to as hibaku densha (A-bombed streetcars). 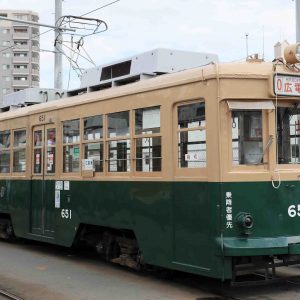 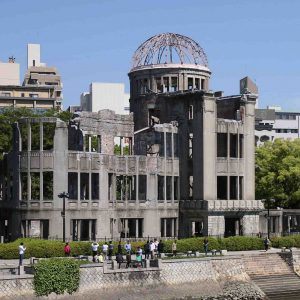 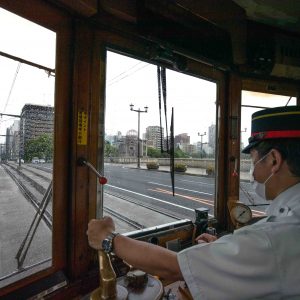 The first five streetcars of the 650-series rolled off the assembly line in 1942. They incorporated the latest technology available at the time, including lever operations and air brakes. Three of those five original streetcars are still in operation today.

There was an acute shortage of male workers at the time because most of the working-age men had been conscripted as soldiers. However, young women who entered the Kasei Jogakko school for homemaking became eligible to work as tram conductors.

Sachiko Masuno, 90, was one of those women. She remembers how overjoyed she was at the time to be able to drive one of the large 650-series trams.

Little did she know that her life was going to be changed on that fateful August day.

Masuno was relaxing at her dormitory 2.1 kilometers from the epicenter when the atomic bomb exploded at 8:15 A.M. on August 6. The enormous blast shattered the windows of the building and embedded 114 glass shards in her back, while a hot wire caused severe burns to her right instep.

Masuno says that some of the glass remains inside her flesh to this day, causing her pain when she tosses and turns at night. But it is the lingering emotional suffering that hurts most: “I don’t like to even think about that painful experience.”

Only three days after the bombing, Hiroden had streetcars back up and running on a 1.2-kilometer stretch between Koi and Nishi Tenmacho in the western part of the city. Streetcars damaged by the bomb were also repaired and put back in operation. 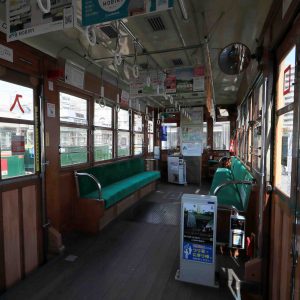 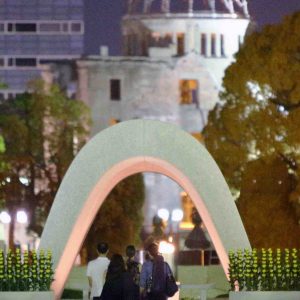 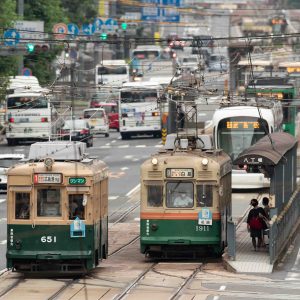 In the immediate aftermath of the A-bombing, there were predictions that “no vegetation would grow in the area for 75 years.” Now, in this summer 75 years later, we can see that those forecasts have proved far off the mark.

Masuno says that she still sometimes rides the 650-series streetcars. She admits to feeling nostalgic about them and wanting to take over the controls as streetcar conductor.

She also realizes that such thoughts reflect the lasting peace that has underpinned Japan’s recovery and postwar prosperity.

The face of the community may have changed, but some things should not be changed.

Shiro Onishi is a photojournalism reporter for The Sankei Shimbun based at the Tokyo headquarters office.