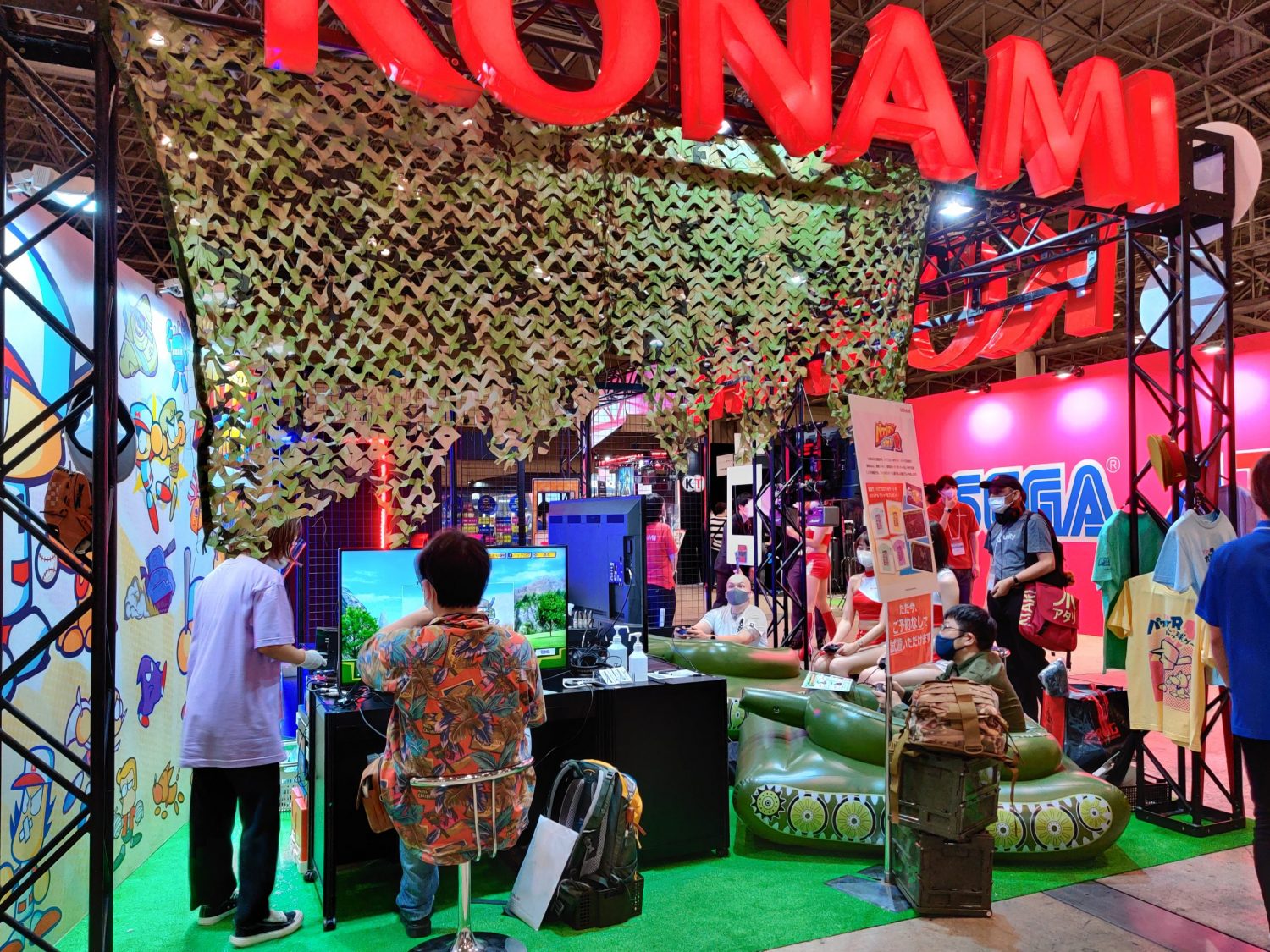 There are certain events that are always marked on their calendars of gamers around the world: E3, Gamescom, and, for people in Japan, the Tokyo Game Show (TGS).

TGS is the first video game-related event of this scale to be held (at least partially) in person since 2019. With its global appeal, the show opened its doors at Makuhari Messe on September 30 for four days of energy, announcements, and games that will continue through October 3.

In 2021, it’s a hybrid event, where only businesses, media, and influencers are able to partake of the offerings in person, while fans log in online. Some game producers are making online announcements without even having a booth at the event. And there are gaping absences of major companies in the business, such as Square Enix.

Yet, for those who are lucky enough to attend, there is plenty to enjoy.


‘The Best of Japan’s Video Games’

IGN Japan editor in chief Daniel Robson, speaking to JAPAN Forward, pointed out that this time there was a unique focus on Japan because of the circumstances of the pandemic.

“There are not very many international companies that can make it here, so there is just a concentration of excellent Japanese games, all in one place,” he explained.

Some of the highlights are Capcom’s Monster Hunter Rise, available to try on PC. Fans of the game are even treated to a photo opportunity with Palamute, the dog-like companion which can be ridden like a horse if you so wish.

SEGA Atlus has many games to try, including Super Monkey Ball Banana Mania, where users are welcomed in a TV program format, with a host emceeing and a veteran video game enthusiast on site.

SEGA also features the opportunity to test-play the much-awaited title, Shin Megami Tensei V, and sneak a first peek of the video game based on the popular manga series then animé, Kimetsu no Yaiba: The Hinokami Chronicles.

“SEGA has put a lot of work into this (Kimetsu no Yaiba video game),” said Robson, “and from the gameplay it looks gorgeous.”

KONAMI has a super-fun booth with inflatable military tanks, where visitors can sit and try first hand Power Pro Kun Pocket R, a family-friendly video game very popular in Japan, which is normally based on baseball.

However, Robson told us, this time it had a different appeal: “This is a spin-off ー you play little mini games in [military] tanks. It’s got nothing to do with baseball at all, but you can see people laughing. It’s like a party game with four people playing and blowing each other up. I would definitely want to try to play that.”

I also got a chance to try KONAMI’s Yu-Gi-Oh! MASTER DUEL. The title centers around Yu-Gi-Oh! TRADING CARD GAME (TCG).

The spokesperson at the booth, Shunsuke Suzuki, explained that part of the appeal was in the storylines behind the cards.

“Fans of the franchise can find out about the story behind the cards, so that is definitely a point in favor,” he said. And there are over 10,000 cards in the game.

The video game is also downloadable for free, so no price tag to worry about.

For those who like a bit more strategy, Dynasty Warriors 9: Empires is available to play at the Koei Tecmo booth, and Disciples is at the Happinet booth.

Fighting fans might also enjoy SHK’s King of Fighters XV, which offers some fun punching and kicking relief, even to a newbie like me.

Bandai Namco’s booth is showcasing SUPER ROBOT WARS 30, which is gaining traction even in the West, and is something for fans to look forward to.

“The series is very popular in Japan, and now it’s becoming a talking point in the West,” explained Robson.

For something a bit off the beaten track, TGS offers Vantan Game Academy, which boasts both a high school and a specialist university for those wanting to learn how to make video games. The booth showcases some fun VR games developed by its students. Some of the options include living the life of a bodybuilder, or horror game. There is even a game which reproduced the life of a virtual YouTuber.

Square Enix isn’t present at the venue, but just in time for TGS it announced its new title, Stranger of Paradise Final Fantasy Origin. The game was developed by Team Ninja, the group behind such popular action games as Ninja Gaiden and Dead or Alive, Nioh. “It’s an action game, but in the Final Fantasy universe, and it sounds amazing,” said Robson enthusiastically.


A Compact Yet Packed Affair

Tokyo Game Show was my very first assignment three years ago, when I started working as a reporter.

Thinking back, it was baptism by fire. Started in 1997, Tokyo Game Show is an enormous event that assaults the senses with over eight pavilions worth of games, merchandise, and nerd-related fun.

There is music, there is noise, there are larger-than-life decorations, balloons, photo spots, and of course lots of consoles to try many different games.

On the weekend, the event also welcomes hundreds of people wearing Cosplay. In fact, the venue becomes a catwalk for all those wanting to dress up as their favorite video game or animé character.

In 2019, the last year when the event was held in person, TGS welcomed more than a quarter million people through its doors. Throngs of visitors queued up, sometimes for hours, for the chance to try out the most awaited games of the season.

The year 2021 is very different, as the general public can’t attend in person.

The event only spans two pavilions at the venue. The booths are smaller and less visually imposing. Only a couple of computers or consoles are provided for each video game.

However, it is still an incredibly fun event, both for those attending and those hosting. One could feel the palpable relief that we are back to some form of normality.

There is memorabilia for fans, props to take pictures with, tons of games to play, and lots of thought put into the gaming experience. The fewer consoles means that booths can actually field more games at the same time.

IGN Japan’s Robson put the significance of video games for TGS and the world into a wider perspective: “Japanese games have become a focal point for the world this past year and a half. Everyone has been playing Animal Crossing (Nintendo), Demon’s Souls (Sony Interactive Entertainment). From that perspective, there is a lot here in Japan.”

On another front, this year’s TGS has the potential to give organizers clues for safely holding video game conventions, as Robson pointed out: “Shows such as E3, major shows around the world, might be looking at this example and thinking of ways they can apply it to their situation.”

Despite the pandemic’s continuing disruptions to lives around the world, we are reminded that the title of the event is more appropriate than ever — whatever happens, “We’ll always have games.”