What I Found Missing in the Kanamara Matsuri—the 'Penis Festival' 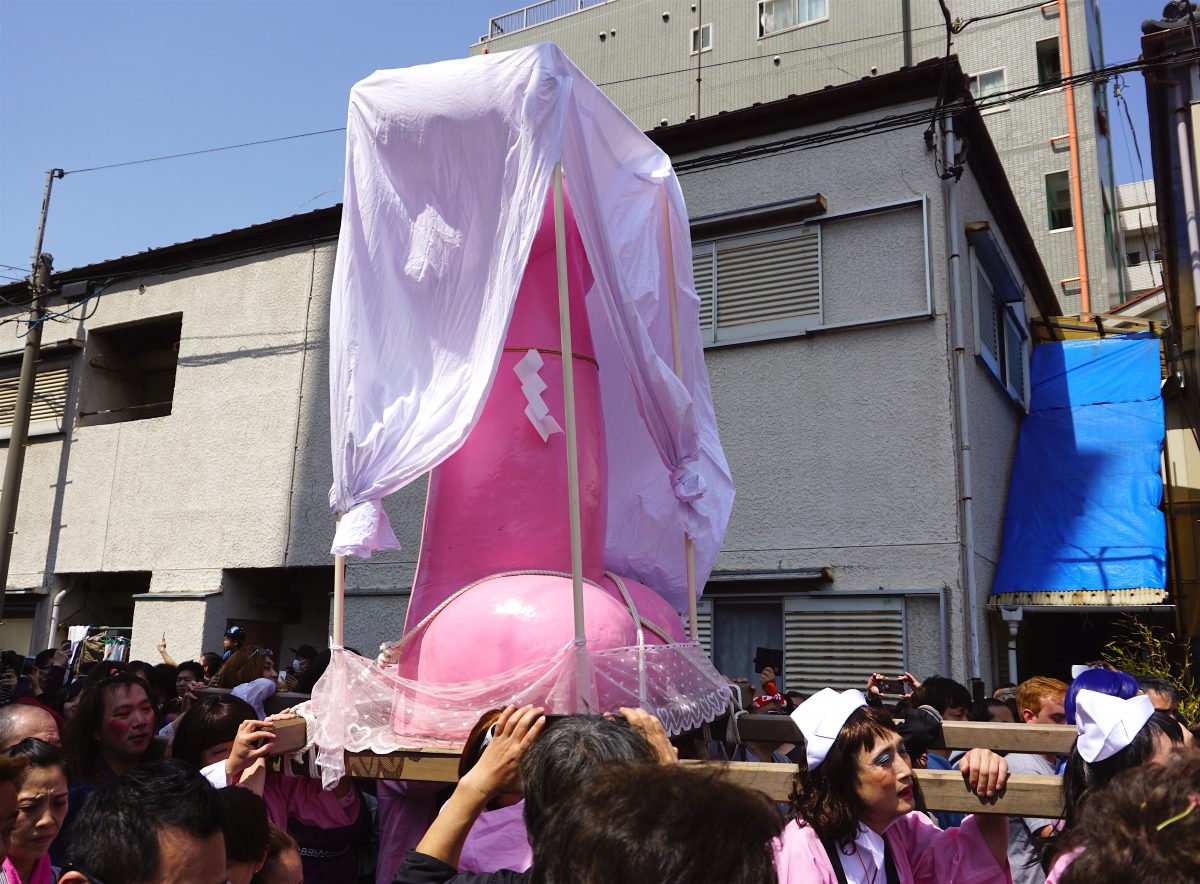 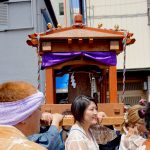 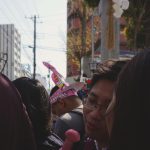 It’s a warm Sunday morning in Kawasaki, Japan. Across the world they are celebrating Easter, possibly April Fool’s Day. How ironic, as I have other plans. I am going to Kawasaki’s Kanamara Matsuri, or as it is known from numerous articles by the foreign press, the “Penis Festival.”

The Kanamara Festival has its roots in the history of Edo Japan, long before newspapers such as The Independent and The Guardian decided to make it a headline. The Kanayama Shrine was originally dedicated to blacksmiths. Legend has it, however, that the god protector of the shrine (Izanami) was born to the god of fire (Gazukuchi), so it was said that Izanami was born with extensive burns on her lower body.

The legend spread, and women working as prostitutes at inns (known as meshimori onna) in Edo Japan started praying to Izanami for protection against venereal diseases. Later, others began to pay their respects to the shrine, wishing for safe delivery in childbirth, good matrimonial relations, and general good business.

According to Junko Mitsuhashi, a lecturer at Meiji University, the tradition of praying for sexual health is now uncommon in the metropolis, but historically it was practiced all over Japan.

One might think this is just another traditional Japanese festival with a relatively innocuous-looking history. Think again. After zig-zagging through enthusiastically babbling crowds on the way to Kawasaki on the first Sunday of April, you will be greeted by more penis-shaped memorabilia that you can handle, and a swarm of cameras pointing all in one direction: portable penis-shaped shrines (omikoshi). There are three: a black steel one, a wooden one, and an outrageously pink one—donated by Elisabeth Kaikan, an organization formed in 1979 to promote the rights of the LGBT. Be prepared for penis-shaped hats, T-shirts, lollipops, shrine amulets (omamori), and even Japanese radish (daikon) carved in penis-shape and auctioned off to the highest bidder.

Despite all the fun, music, delicious food, and amusing lollipops, I couldn’t help leaving the festival a little overwhelmed and disappointed by the event. It made me think about what was missing, and why.

Without a doubt, there were merits to the matsuri. The festival had characteristics shared by many celebrations around the world, showcasing the hedonistic and fun-loving side of human nature.

Ms. Nakamura of Kanayama Shrine explained that the event, which started 40 years ago, aims to be a festival everyone can enjoy. She added that many foreign tourists had been attending since its inception.

This year, perhaps due to the glorious weather and the increasing popularity of the festival among the foreign media, a local Noodle Shop owner, speaking to a local Kawasaki newspaper, said, “It is the most foreigners I have seen in the last 40 years”.

Why would this be a problem?

The question should be answered in the context of folklore festivals in Japan generally.

Japan, like many countries, has countless local traditions. Through family connections, I was privileged to attend a Fujikara festival in Hinohara earlier this year. This small little village is just a stone’s throw away from Tokyo, while still being immersed in its own greenery and mysterious countryside traditions.

The traditions of the Fujikara Matsuri, which goes back to the Edo period, have been passed on for generations in this tiny village. The men in the village practice on their own time all year so that they can perform the dragon dance flawlessly. The women wear heavy, elaborately decorated hats, and play instruments to accompany the dance. Watching this lively celebration was a sight to behold.

Yet, as I walked around and chatted to a woman selling candy at a food stall, she lamented, “There are so few children today, aren’t there?” As I looked around, I noticed the almost complete absence of the younger generation. The traditions, which this village holds so dear, are disappearing due Japan’s declining population and increasing depopulation, as youngsters leave the countryside to find jobs in the metropolis.

This year, in the case of the Kanamara Festival, the small shrine was crammed to the brim with visitors. Its unique quality of hedonism seems to add to its attraction and appeal—so much so that it has caused embarrassing episodes in the past. So much so that Miss Nakamura curtly commented that, in the future, “I would ask everyone to try to keep good manners so that everyone can enjoy the celebration.”

The gaping absence at the festival was the familiarity and comfort so often found in local festivals, when a neighborhood pulls out all the stops to carry on their celebration. As fellow student Luba Ampleva complained, “If you go to a regular Japanese matsuri it’s a lot more fun.”

Walking back through the throngs at Kawasaki station, I was left wondering if the Kanamara Matsuri is just a victim of its own success, or whether this is the price to pay when many community festivals around Japan are struggling to survive.

Arielle Busetto is a student at Inter-University Center for Japanese Studies (IUC) in Yokohama, Japan, and intern with JAPAN Forward. She is originally from Siena, Italy.