Why Is the Japanese NPO JUDOs Training Potential Rivals for the Olympics? 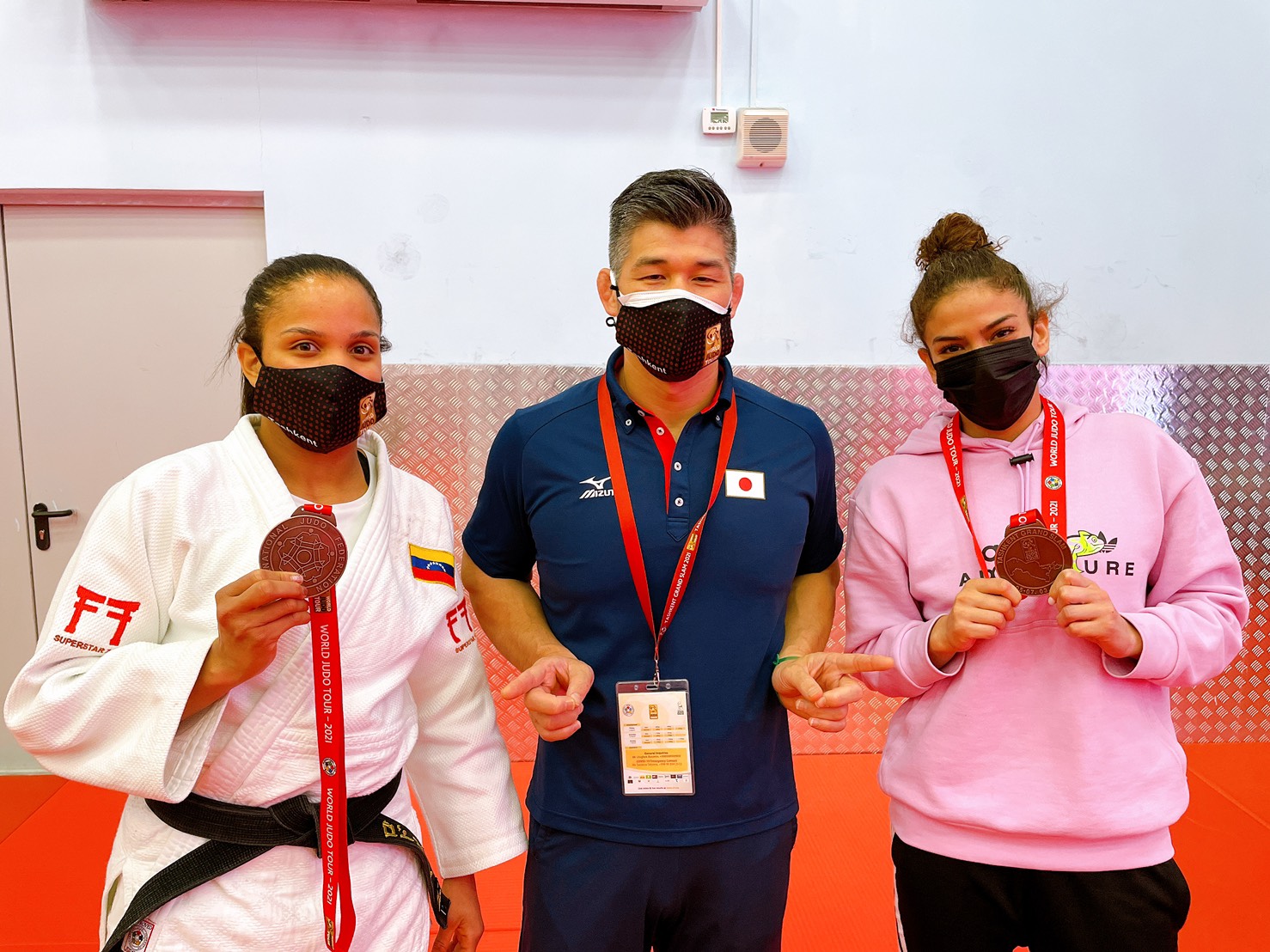 The international popularity of Japanese judo means there are nearly always judo athletes from abroad to study, live, and learn in Japan. Often there are also Japanese athletes in exchange programs around the world, sharing their skills and passion.

Kosei Inoue, the director of the non-profit organization JUDOs and himself a judo athlete and national men’s judo team coach, introduces some of the foreign athletes his NPO sponsors. He also discusses the importance of international communication developed through athletic exchange.

Here is his message.

I serve as the director of JUDOs, a non-profit organization engaged in youth development and contributing to international activities through judo. We carry out many projects concurrently, and one of them is support for foreign judo athletes to live, study, and compete in Japan.

Currently, we are providing support for the following five athletes.

These athletes are participants in the Tokyo 2020 Special Program, which is run by the Japanese Olympic Committee. Athletes without adequate training environments in their home countries come to Japan, the host country of the Tokyo Olympics, to live and train, with the aim of competing in the Olympics.

The athletes we support all began arriving in Japan in 2017 and have been training hard, with Tokai University as their home base. At times over the past year, they were temporarily unable to practice due to the COVID-19 pandemic. However, they have put forth much effort to overcome these difficult times.

Ms. Rodoriges and Ms. Barrios are both ranked high in the world by the International Judo Federation and are almost certain to qualify for the Tokyo Olympics. Ms. Zouleiha and Mr. Sancho are likely to get a chance to participate based on quotas given to each continent.

Even more impressive is the fact that Ms. Rodoriges and Mr. Sancho have worked hard to get to this point while also studying at the Department of Physical Education at Tokai University.

It gives us joy and courage to see these athletes training with such passion. Seeing them working so diligently and growing as they study in Japan, we also feel energized.

Rivalry: Raising the Level of Judo in the World

Yet, some people seem to question these activities. They wonder why we would go to the trouble of cultivating a rival.

Of course, they may grow into rivals. In fact, they are becoming more and more skilled every day. But that’s OK. The fact that their individual growth will raise the level of judo in the world and contribute to its further development is what is most important.

Likewise, after they leave Japan, they may continue to practice judo in their home countries or somewhere else in the world, thereby spreading the spirit of judo and Japanese culture.

This is none other than a contribution to society through judo, and is the very purpose of our organization’s activities.

The Global Benefits of the Olympic Games

Whether or not to hold the Tokyo Olympics is currently the subject of worldwide debate. Rightly so, there is controversy, and I myself have mixed emotions leading our national team as coach.

At the same time, I would like people to know that the Olympic Games provide people all over the world with opportunities to take part in sports and education, and to develop friendships.

In fact, up until 2020, we also supported five other athletes during their stay in Japan. Unfortunately, due to the postponement of the Tokyo Olympics and the pandemic, they had to leave Japan before realizing their ambitions. They remain part of our judo family, even though they are no longer part of the Tokyo 2020 Special Program.

I would like to continue to support them and other athletes like them from Japan, cherishing the connections that were made, thanks to the Tokyo Olympics.

(The website and additional information about the NPO JUDOs can be found at this link.)