Yuriko Koike and The Woman's Art of War: Setting Sights on DX and Rising as a Financial Center 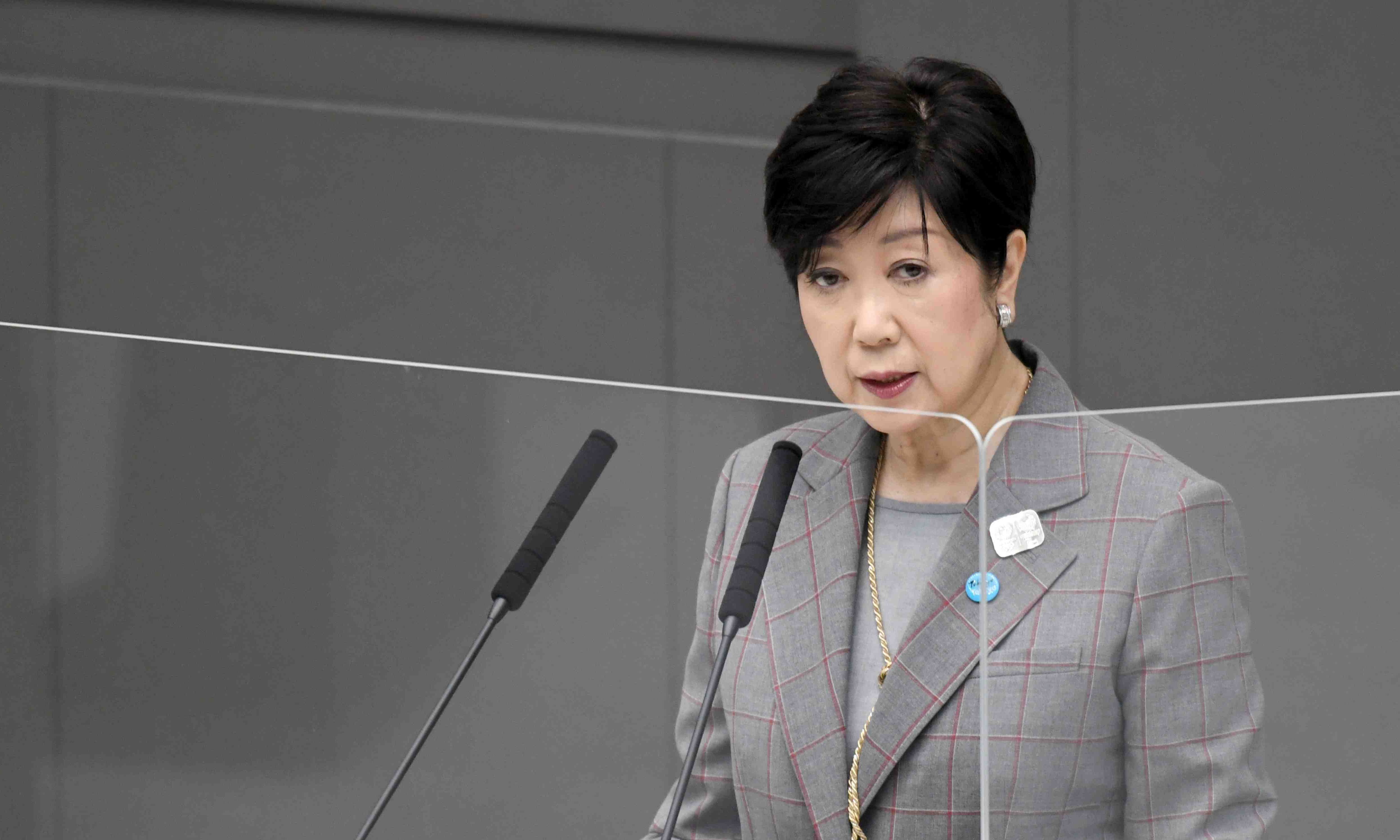 Yuriko Koike is the governor of Tokyo. She has proposed great reforms for the capital city, and here sets forth her vision for Tokyo and for Japan in light of her own experiences.

With 40 million cases around the globe and a death toll exceeding one million, the COVID-19 pandemic is showing no signs of tapering off. Curfews are once again in place in Paris.

As we approach the colder season, the potential for a simultaneous influenza epidemic is raising concerns. The elderly and those with underlying conditions are strongly recommended to get influenza vaccinations.

I spoke with Prime Minister Yoshihide Suga on September 23, soon after the start of his new administration. We confirmed the metropolitan and national government’s partnership in hosting the Tokyo Olympic and Paralympic Games that have been postponed until next summer.

This new administration has declared digitalization of government administration as one of its centerpiece policies, and I believe such reforms are imperative today, when “quality” service is demanded. I have high expectations that this administration will exhibit strong leadership to make rapid progress on this issue.

Building Digitized Tokyo Toward the ‘Five-less’

After welcoming Manabu Miyasaka, former president of Yahoo Japan Corporation, as our Vice Governor last year, the metropolitan government is at present in the midst of “moving house”. While we moved from the Marunouchi area to the iconic Tokyo Metropolitan Government Building of Shinjuku in 1991, in the current era, our new address will be a digital space. We are building a “virtual government office” to provide our citizens with thoroughly-digitized, high-quality government services.

In the recent meeting of the Tokyo Metropolitan Assembly which concluded on October 8, the “Digital First Ordinance” was executed for digitization of administrative procedures, making digitized, one-stop procedures the fundamental rule.

The advance of a digital transformation (DX) brought about by these reforms is sure to enhance the quality of administrative services. Based on the five “less” outlined in Tokyo’s DX plan released on October 9, which are:

With these goals in mind, we will move ahead on structural reforms with a sense of urgency.

Welcoming the World of Global Finance

Tokyo is both our nation’s capital and the growth engine of our national economy. From this perspective, there is another policy we must strongly promote—Tokyo’s important role as a global financial city.

Tokyo was ranked fourth in the Global Financial Centres Index released in September by Z/Yen, a UK-based think-tank. New York was at the top, followed by London and Shanghai.

The global financial environment is undergoing drastic changes. The reality is a fierce rivalry among cities, whereby cities that are seen as unattractive globally lose their rank. Seoul rose to its highest-ever ranking of 6th in September of 2015, but subsequently fell sharply to 36th in March of last year, after decentralization with Busan.

Japan, ranked third globally in gross domestic product (GDP), has a number of advantages, including nearly 1.9 quadrillion yen in household financial assets and diverse industrial clusters, as well as a stable political landscape, public security and access to dollar funds. However, in order to be selected as a global financial city, we must have strengths across the board, from our tax system and standard of living, to labor and healthcare.

In April of last year, the metropolitan government established FinCity Tokyo, an organization to promote public-private partnerships. The parent organization has formed a partnership with City of London, the UK’s primary financial district, and is rolling out initiatives to attract foreign companies and human resources.

On October 7, we began preparatory meetings for an advisory panel on the global financial city concept. Making Tokyo the financial hub of Asia, and of the world, would lead to growth for Japan overall.

Considering the UK’s exit from the European Union (EU) and the state of affairs in Hong Kong, now may be the last chance for Japan to become the world’s choice for a global financial city.

The Art of War

The following quote from Sun Tzu’s The Art of War teaches us the importance of forward-thinking policy development: “Victorious warriors win first and then go to war, while defeated warriors go to war first and then seek to win.” Going forward, we will work to bring in the human resources, information, technology and funding required to develop our capital city using the corona shock as a springboard for major growth.

I am committed to holding the Tokyo Olympics and Paralympics next year, and to making the coming year one which brings us hope for the future.