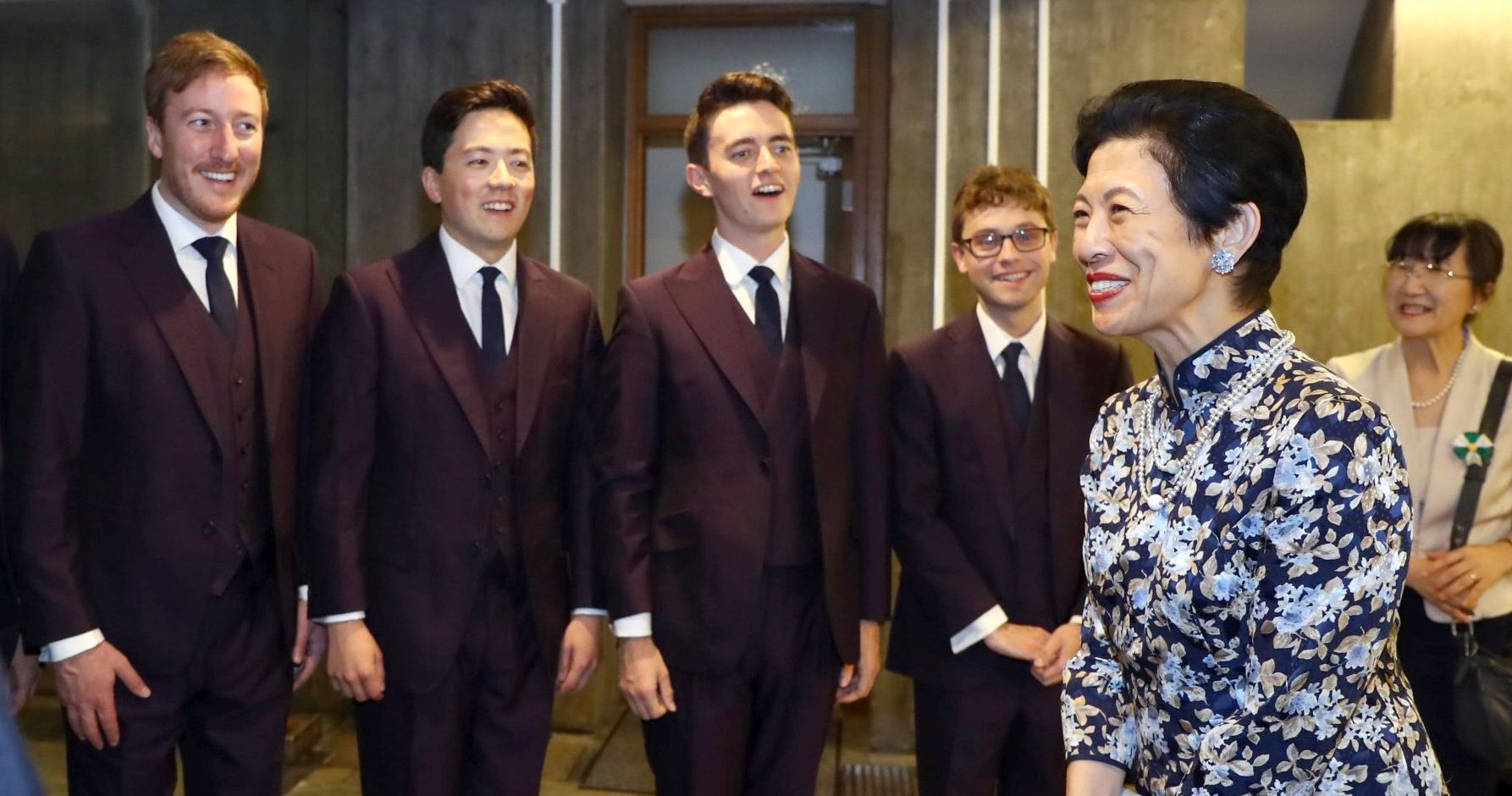 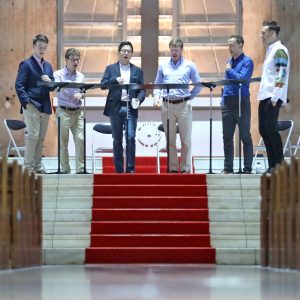 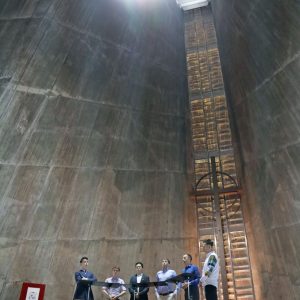 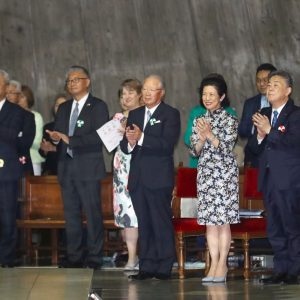 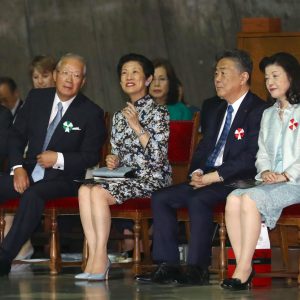 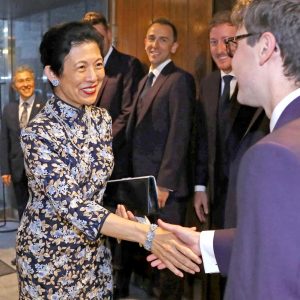 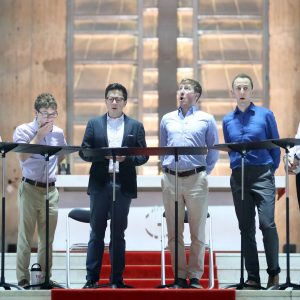 The King’s Singers, also known as the kings of a capella, performed a special concert at St. Mary’s Tokyo Cathedral on Thursday, July 11, to celebrate the new Reiwa era.

Her Imperial Highness Princess Takamado (Hisako) graced the occasion, making the evening all the more special for the full house of 800 people in the cathedral.

The location was particularly noteworthy. St. Mary’s Cathedral was designed by the Pritzker-prize winning architect Kenzo Tange and completed in 1964.  Its modern, stainless steel and concrete prism design created an awe-inspiring acoustic and visual experience.

As the concert opened, The King’s Singers took the stage and, in an utmost display of respect, faced her Imperial Highness and performed “Kimi Ga Yo,” the Japanese national anthem. The balance of six voices created by the two countertenors, tenor, two baritones, and base vocalists created a magnetic atmosphere.

The all-male group subsequently charmed the crowd throughout the two-hour performance. Tenor Julian Gregory’s mother is Japanese, which encouraged a personal connection with the audience that was at play from the first notes. The affection and respect for their host country shone through to the end as all six members participated in explaining the program to the audience exclusively in Japanese.

Gregory said to the audience, “We are overjoyed to be able to celebrate Japan’s new Reiwa era with all of you.”

On the music side, a well-crafted program, including harmonies of more classic tunes as well as cheeky Beatles songs, culminated in two encores following thunderous applause and a standing ovation, which lasted more than a full minute.

The program reflected the aim of celebrating the new Reiwa era and the link between the United Kingdom and Japan. The first half of the repertoire was taken from English royal music through the last 500 years. It began in 1515, with a song that was popularly attributed to Henry VIII, and gradually came closer to current times, ending with a 20th-century jazz exponent arranged by Richard Rodney Bennett, “The Season of his Mercies.”

The second half included songs taken from The King’s Singers repertoire over the past 50 years since the group’s founding. The highlight was a song specially arranged for the evening using the lyrics of a poem by Empress Emerita Michiko, “Nemunoki no Komoriuta,” written in 1966, with music composed by Masami Yamamoto.

The concert concluded with a combination of close harmonies, including the widely-loved “Takeda no Komoriuta” lullaby, and the upbeat notes of the Beatles’ “Honey Pie.”

Group members repeatedly mentioned how important it was to celebrate the new era with Japanese fans. This was particularly true when bass vocalist Jonathan Howard explained the significance of May 1. This year it is the day that marks the start of the Reiwa era, but in previous years it was also the anniversary of the founding of The King’s Singers, on May 1, 1968. He emphasized, “For us as well, this is a very special day.”

After the concert, the group had an opportunity to meet Princess Takamado, who spoke to them in perfect English and complimented them on their performance.

The six members also participated in a signing session after the performance, giving some of their fans an opportunity to greet them directly. More than 50 people lined up, patiently waiting for their turn to get a signed CD copy. Two young women left the queue, beaming after having shaken hands with all six members of the a capella group.

One new fan, 28-year old Momoka Kobayashi, said this was the first time she had attended a concert by The King’s Singers. She commented: “The initial part where they sang “Kimi Ga Yo” really took me by surprise. It was amazing.”

The performance at Tokyo Cathedral with its spectacular acoustics was the kick-off for the wider two-week Asia tour, including performances in Hong Kong and mainland China.