2020 Pokémon of the Year Revealed, and Pikachu Didn’t Even Make the Top 10

The Pokémon Company and Pokémon fans celebrated Pokémon Day on Thursday, February 27, marking the 24th anniversary of the first game — Pokémon Red and Green — in Japan.

Earlier in February, The Pokémon Company announced that it would hold a vote to determine the Pokémon of the Year. The polls allowed fans to pick their favorite Pokémon once a day until February 14, and the results were announced at 11 P.M. JST on February 27 via Pokémon Day livestream.

Casual fans might be surprised to find that Pikachu was not the winner, nor did he make it to the top 10. Instead, the most popular Pokémon voted by fans was Greninja, a frog-like Pokémon who moves with a ninja’s grace.

Here are the top 10 favorite Pokémon of the year. 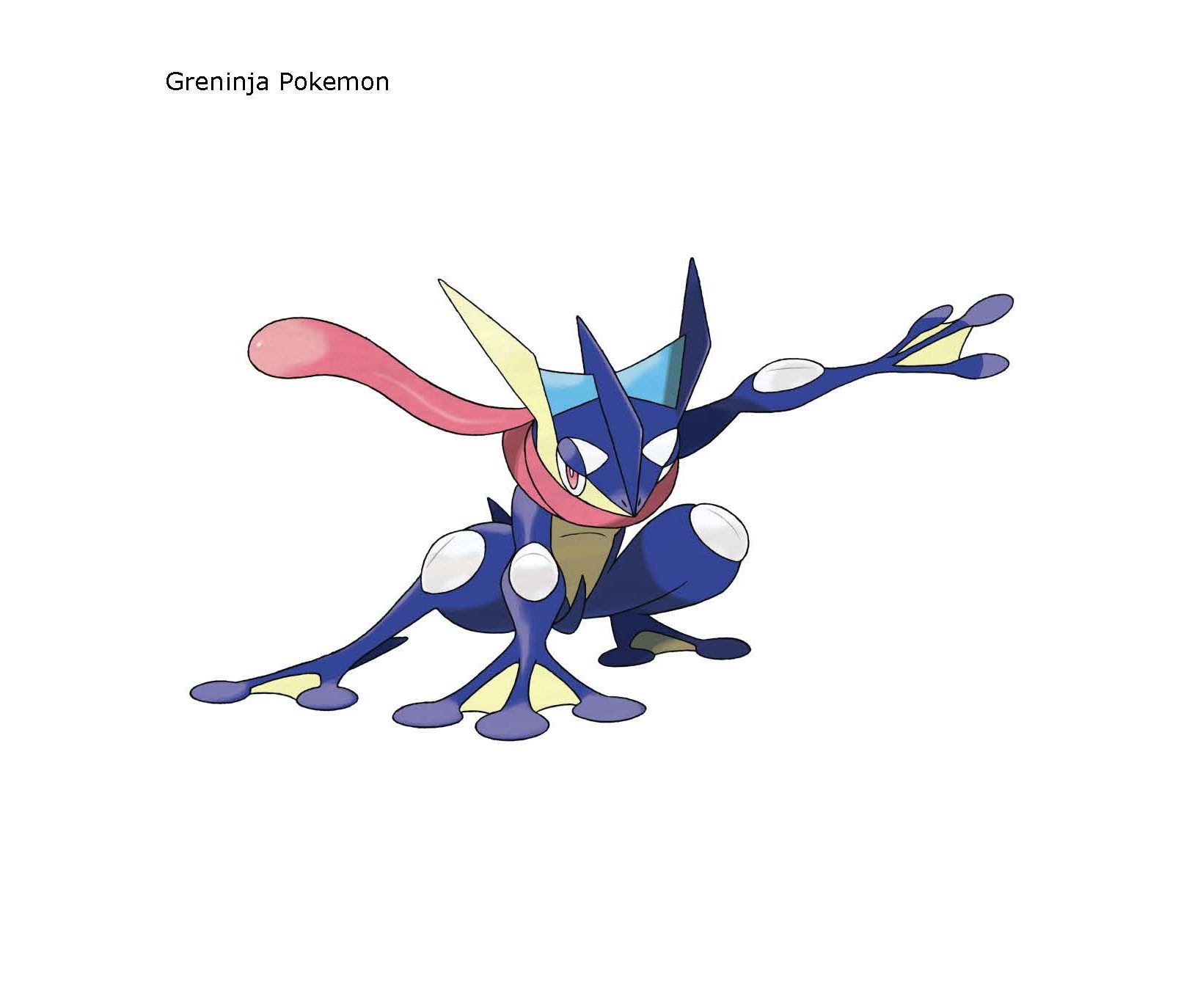 Greninja is the final evolution of Pokémon X and Y water-type starter Froakie. It has the ability to take on an appearance resembling its trainer.

Pokedex says: Greninja creates throwing stars out of compressed water. When it spins them and throws them at high speed, these stars can split metal in two. 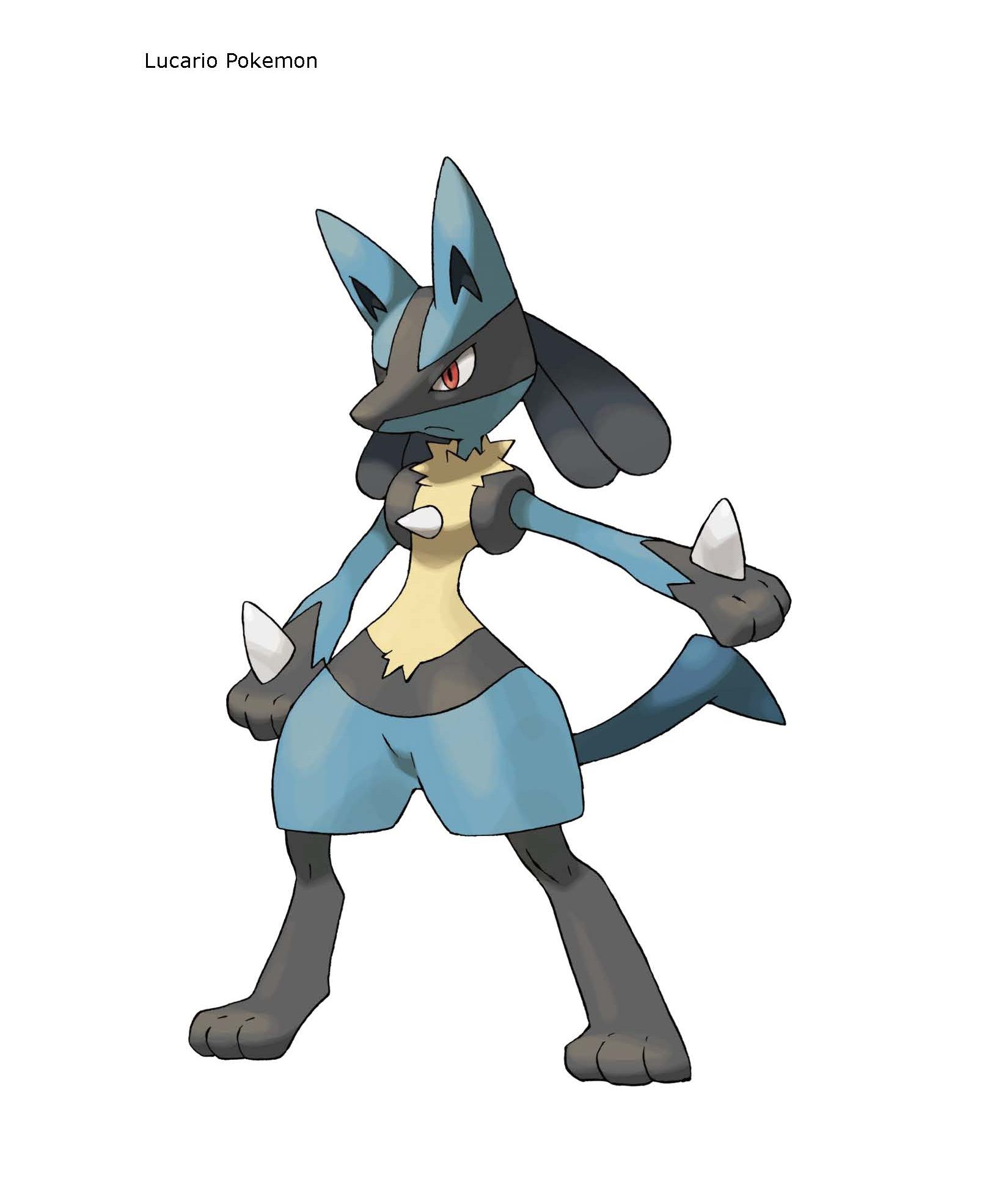 Lucario is a bipedal, wolf-like Pokémon with blue, cream, and black fur. It is considered to be prideful and loyal to its trainer.

Pokedex says: By catching the aura emanating from others, Lucario can read their thoughts and movements. 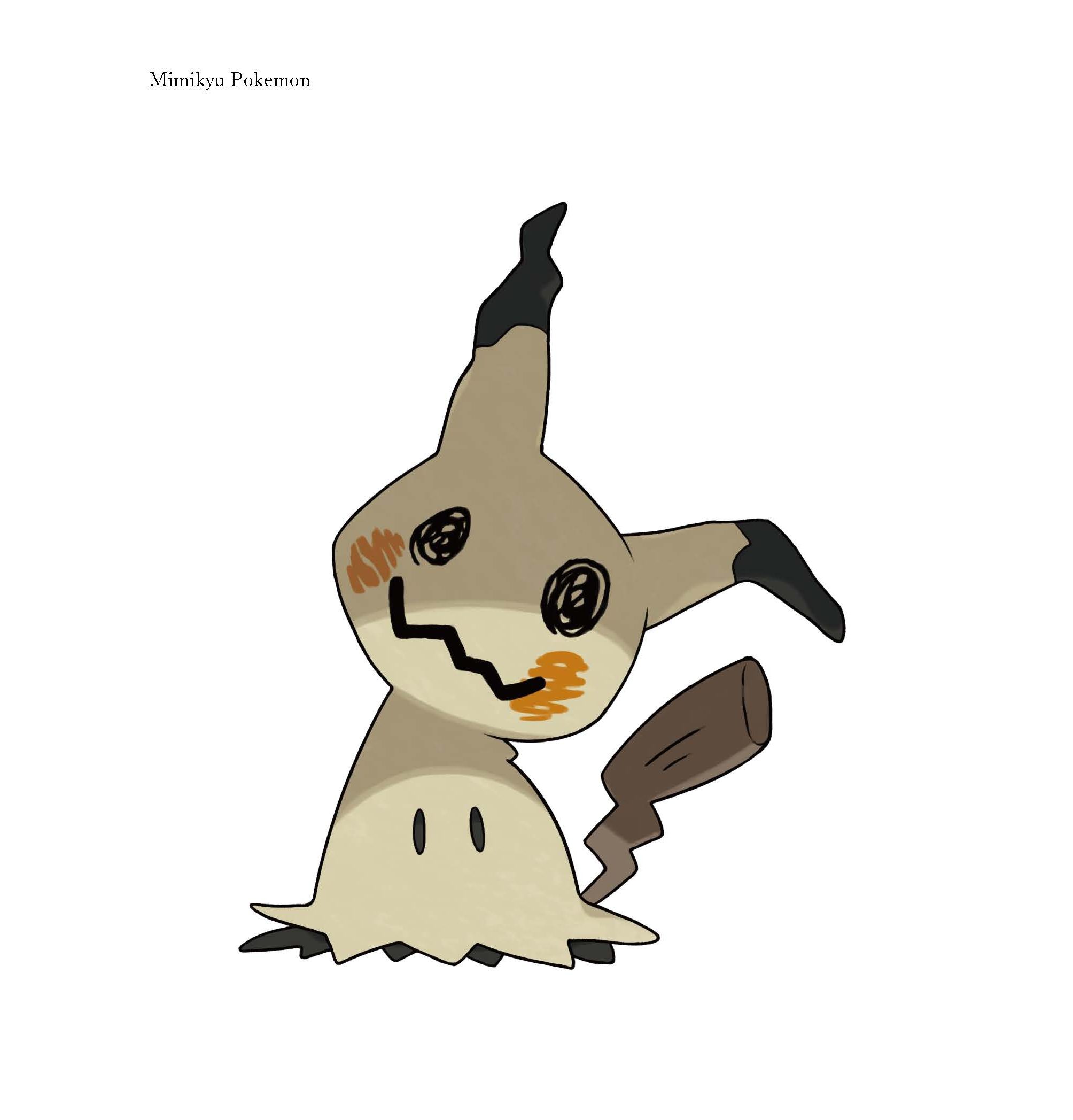 Mimikyu caused quite a stir for its peculiar looks and sad backstory when it was originally announced for Pokémon Sun and Moon in 2016. Mimikyu is described as a Pokémon who felt so lonely that it decided to wear a rag in order to look like Pikachu, everyone’s favorite Pokémon.

Pokedex says: Its actual appearance is unknown. A scholar who saw what was under its rag was overwhelmed by terror and died from the shock. 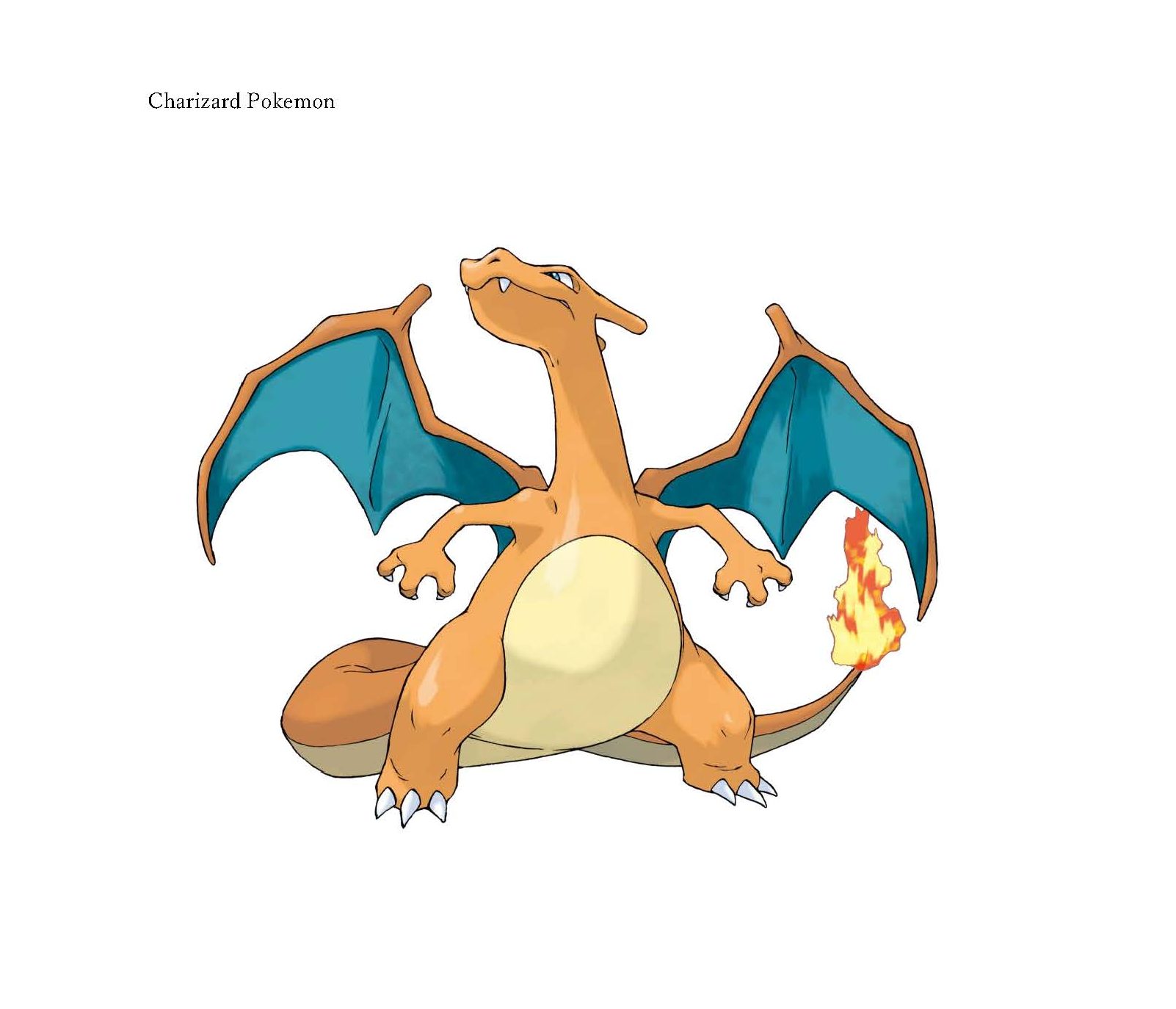 Charizard is an orange draconic Pokémon who has a fiery temper. It is the final evolution of Charmander, one of the starter Pokémon for the original game.

Pokedex says: Charizard flies around the sky in search of powerful opponents. It breathes fire of such great heat that it melts anything. However, it never turns its fiery breath on any opponent weaker than itself. 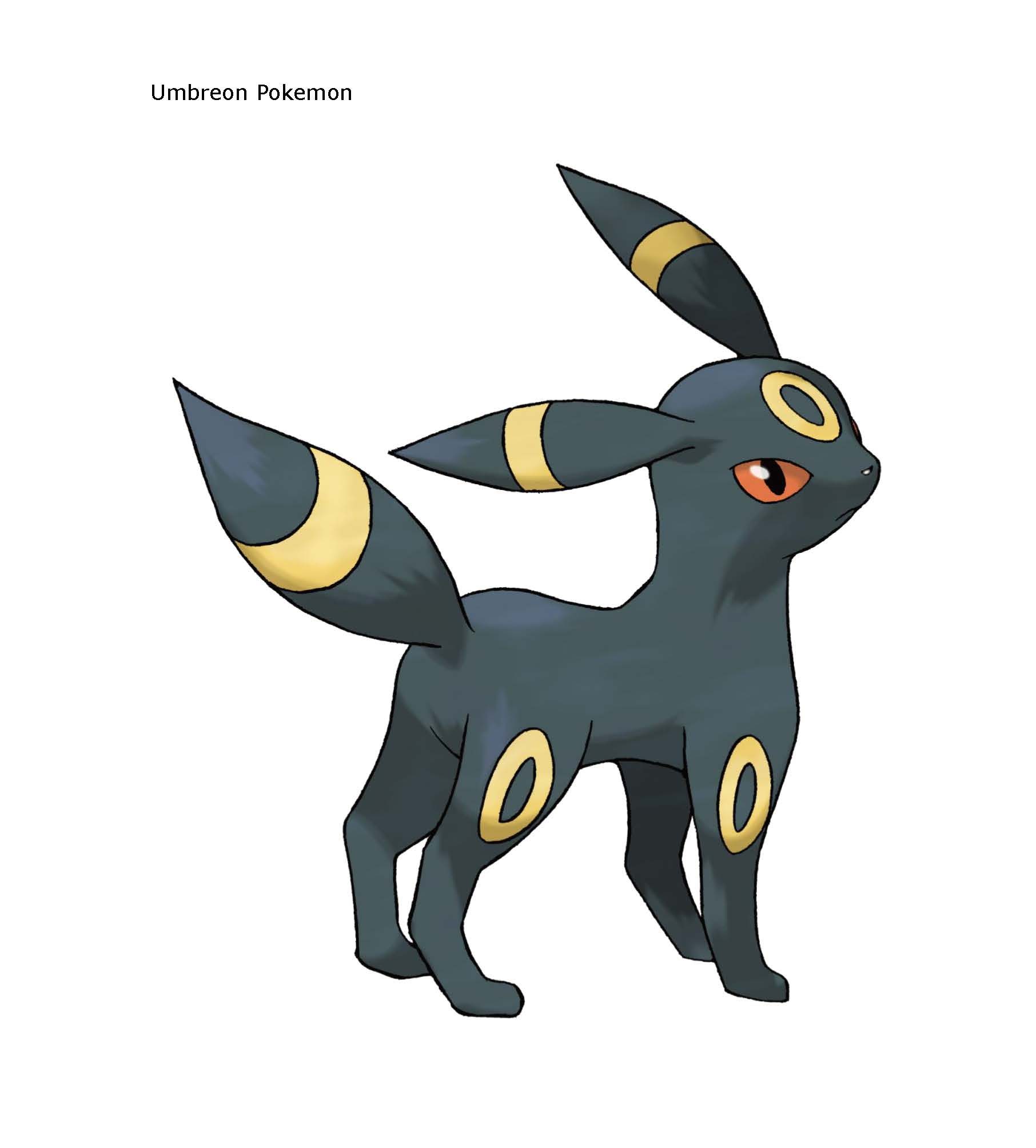 Umbreon is one of the many evolutions of fan favorite Eevee.

Pokedex says: Umbreon evolved as a result of exposure to the moon’s waves. It hides silently in darkness and waits for its foes to make a move. The rings on its body glow when it leaps to attack. 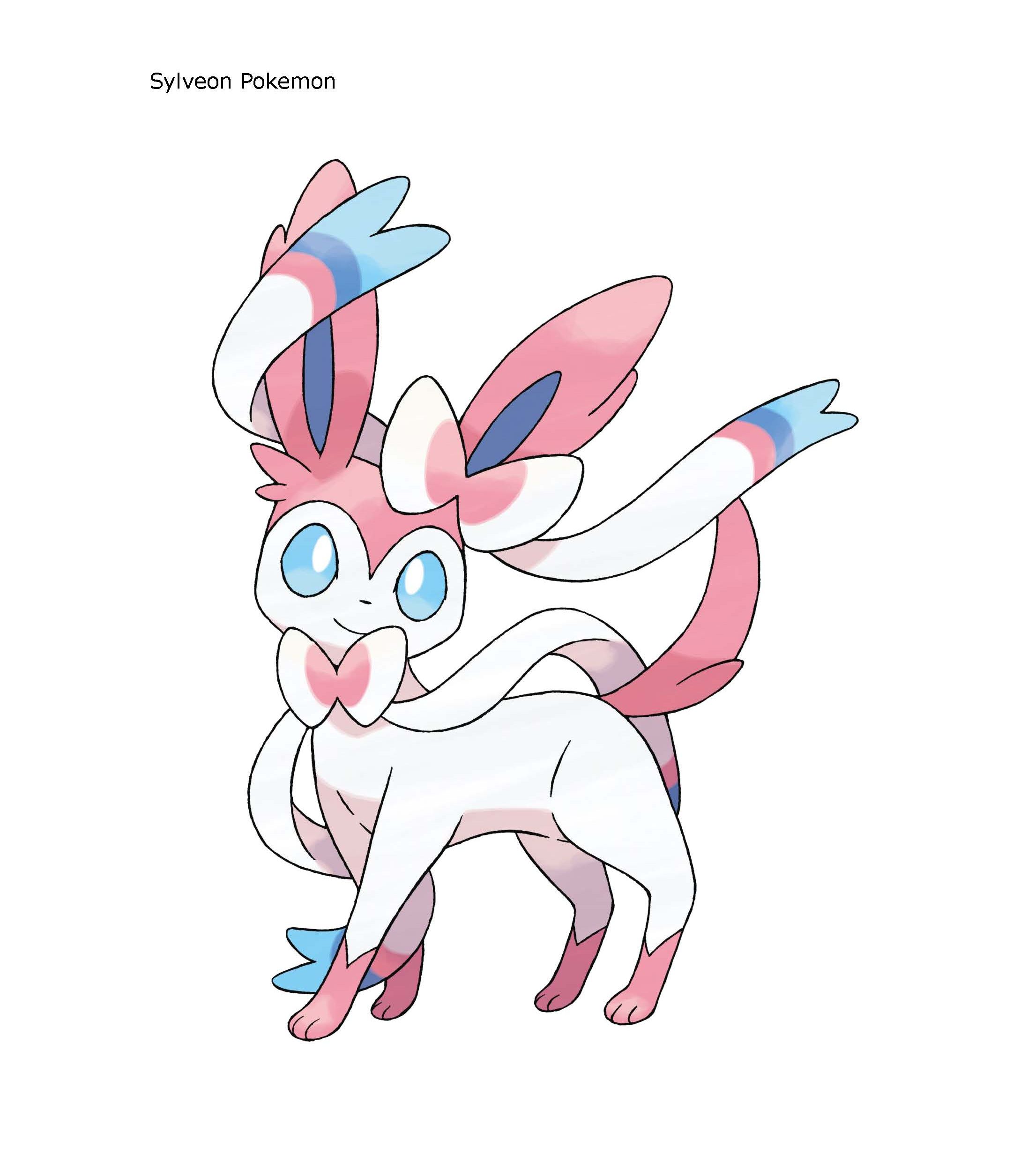 Sylveon also evolves from Eevee. While Umbreon is Dark-type, Sylveon is Fairy-type and has ribbon-like feelers. 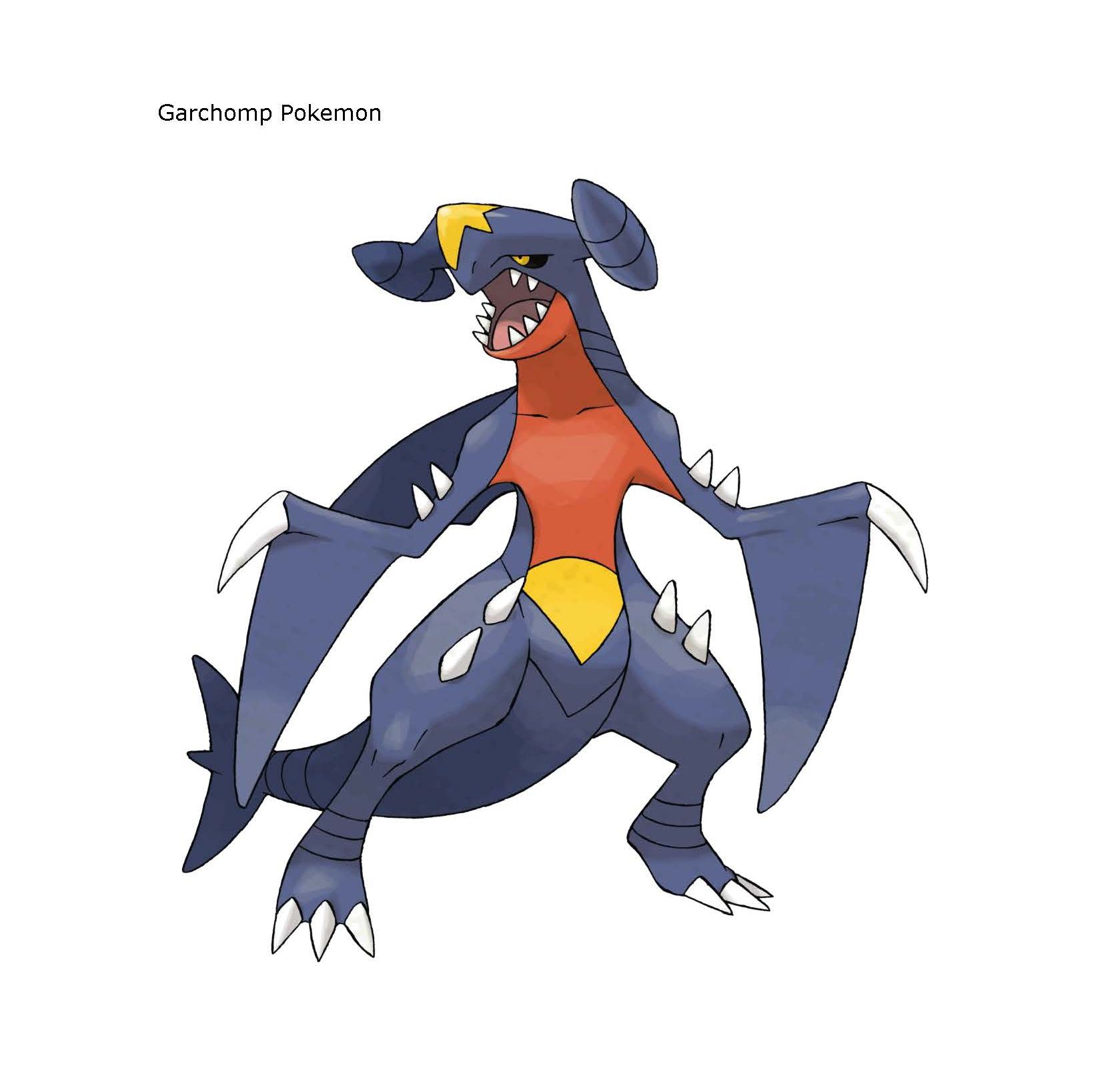 Garchomp is a blue and yellow draconic Pokémon.

Pokedex says: When Garchomp folds up its body and extends its wings, it looks like a jet plane. It flies at sonic speed. 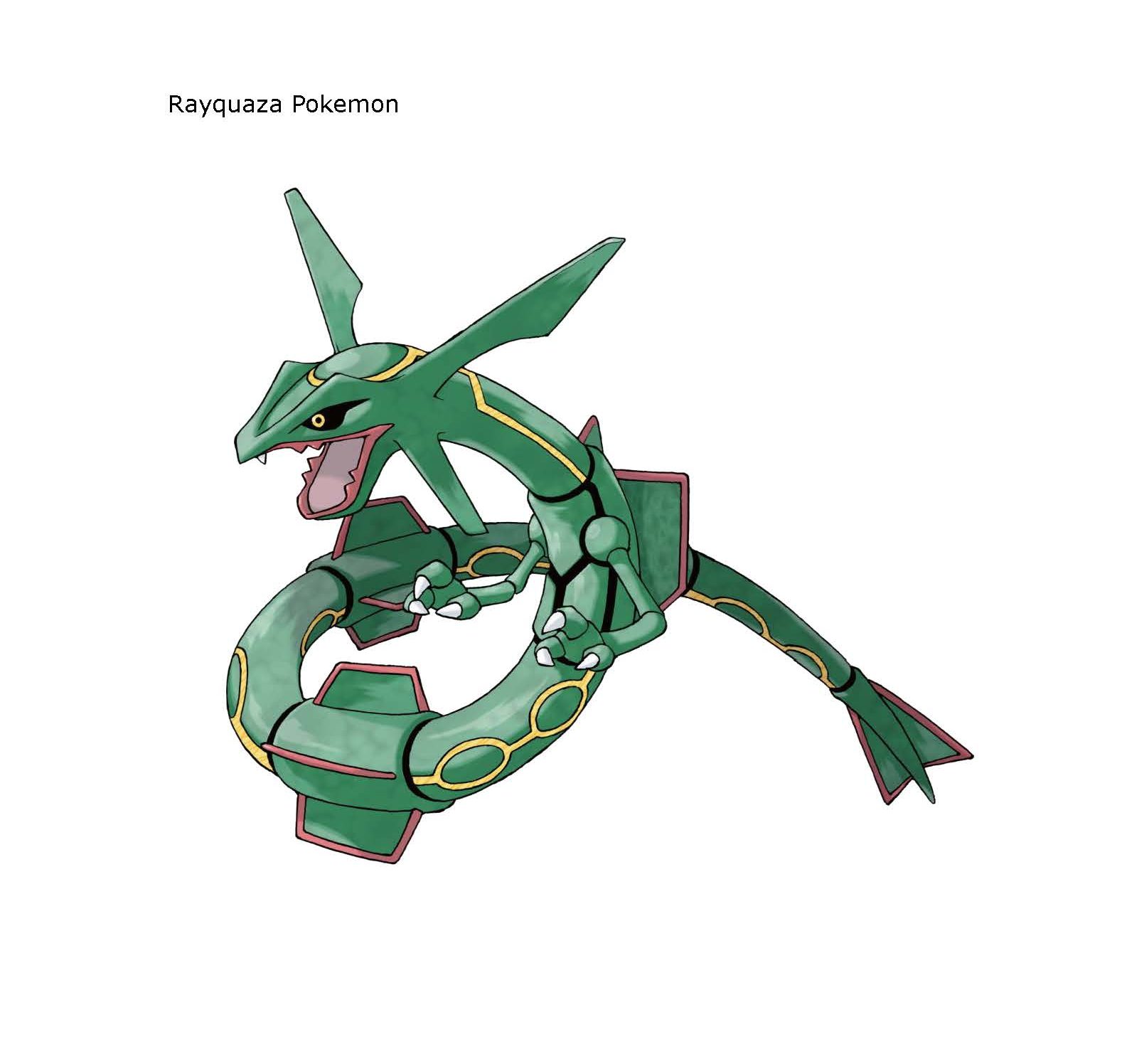 Rayquaza is also a draconic Pokémon who was featured on the box art of Pokémon Emerald.

Pokedex says: Rayquaza is said to have lived for hundreds of millions of years. Legends remain of how it put to rest the clash between Kyogre and Groudon. 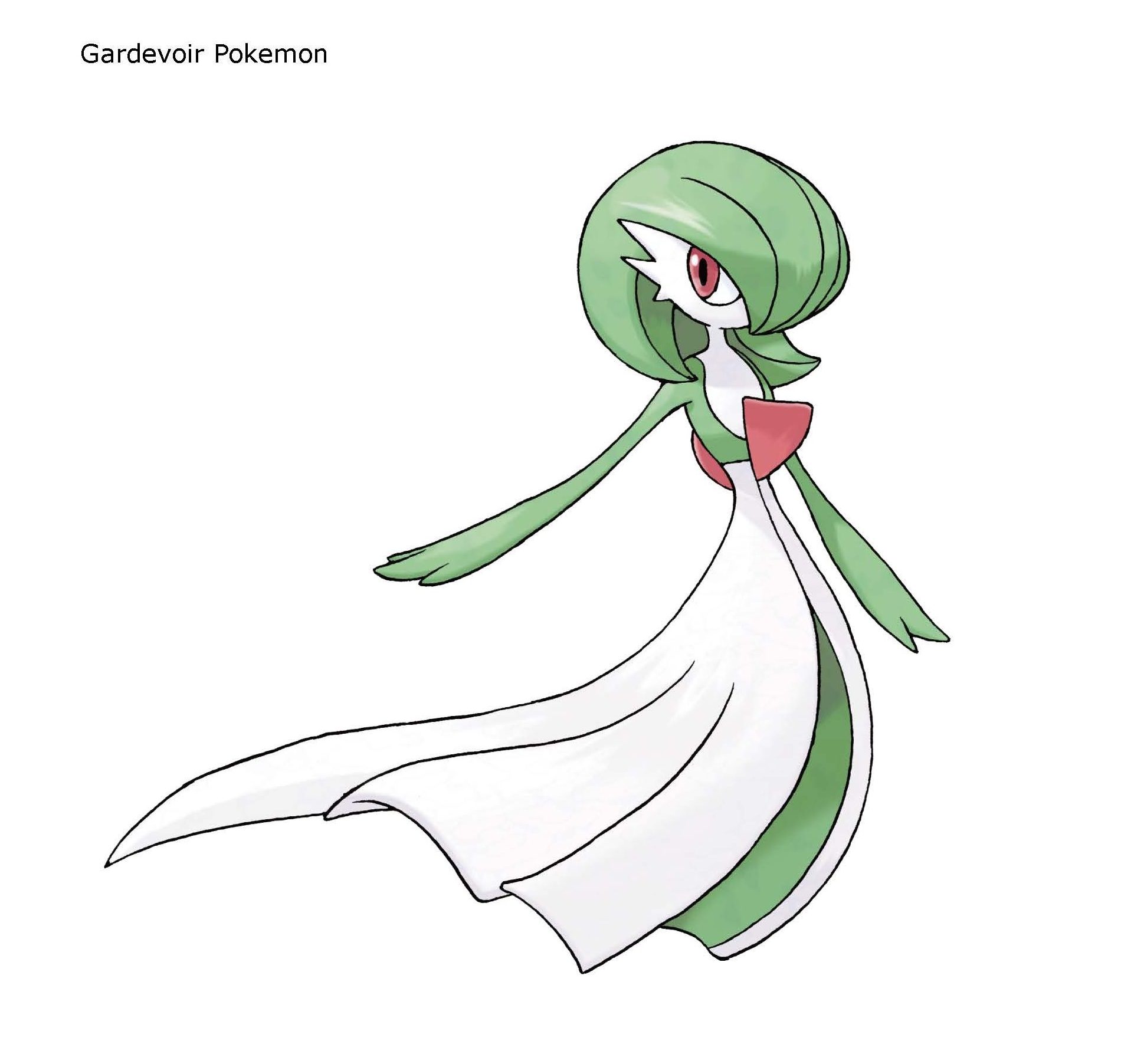 Gardevoir is a humanoid Pokémon who appears to be wearing a white dress.

Pokedex says: Gardevoir has the ability to read the future. If it senses impending danger to its trainer, this Pokémon is said to unleash its psychokinetic energy at full power. 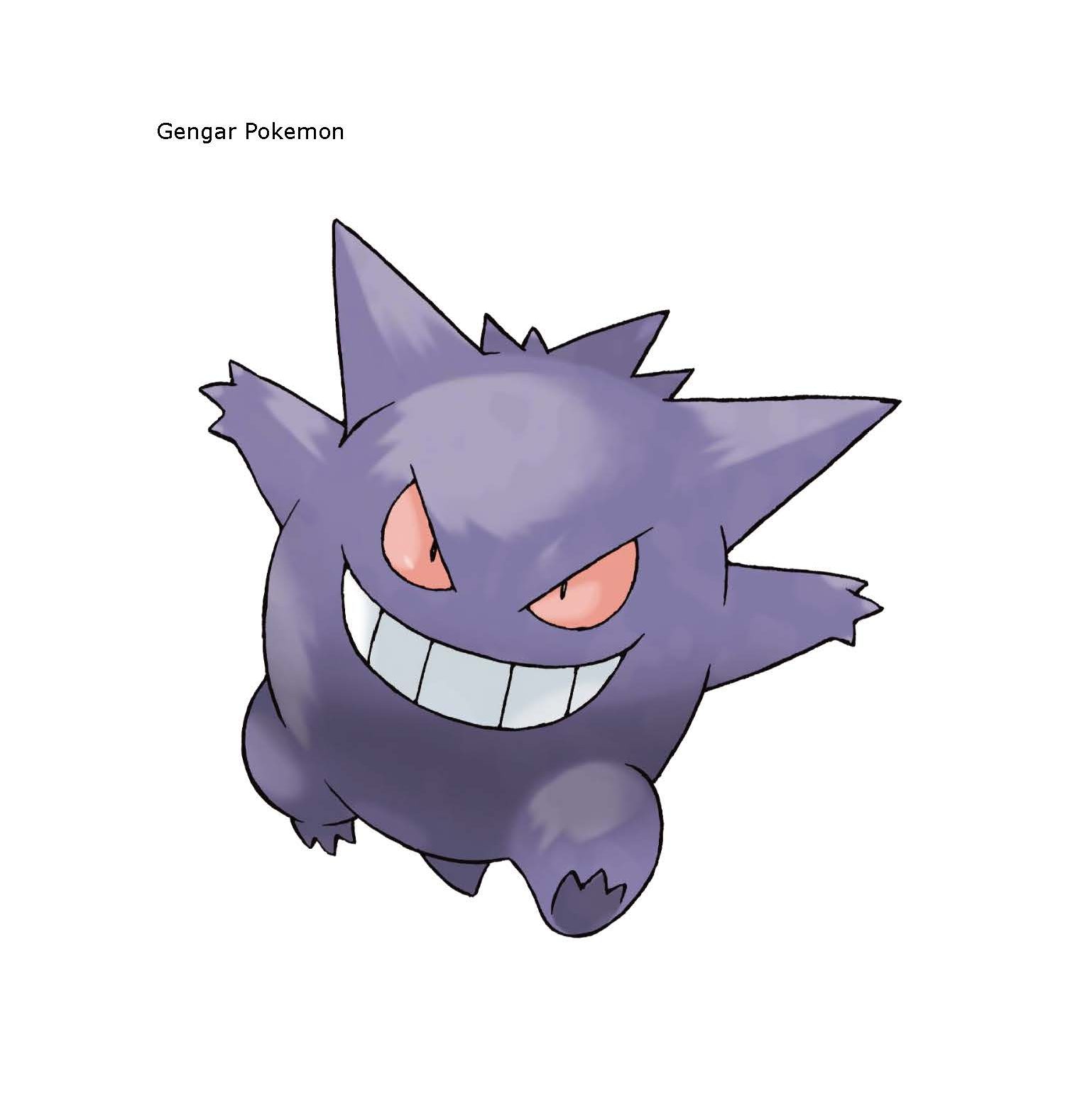 Gengar is a mischievous Ghost-type Pokémon with a dark purple body.

Pokedex says: Sometimes, on a dark night, your shadow thrown by a streetlight will suddenly and startlingly overtake you. It is actually a Gengar running past you, pretending to be your shadow.

So where did our Pikachu rank? In 19th place. In fact, Mimikyu, a Ghost-type Pokémon based off of Pikachu, came in third place, which is a little ironic, considering Mimikyu is a Pokémon who wears a Pikachu-like costume in order to be “loved as much as Pikachu.”

Fans of Mimikyu and Greninja were delighted with the results, however. Dallas MacDermant, who makes Pokémon videos on YouTube, tweeted that he “filled up with tears” when he saw Mimikyu beat another fan-favorite, Charizard. “I’m very happy that my man Greninja is the Pokémon of the year!” tweeted another.

If you are curious who else made the top 30, check the official Pokémon website.

As part of the Pokémon Day celebration, a new mythical Pokémon, Zarude, was also revealed for Pokémon Sword and Shield. A monkey-like Zarude is a dark/grass type Pokémon. Elsewhere in Pokémon universe, Armored Mewtwo returned to Pokémon GO, the popular mobile game.

Click here for more information on the Pokémon Day celebration.