[3.11 Earthquake: Rebuilding] 10 Years Later: Tohoku’s Recovery and Resilience Together with the World 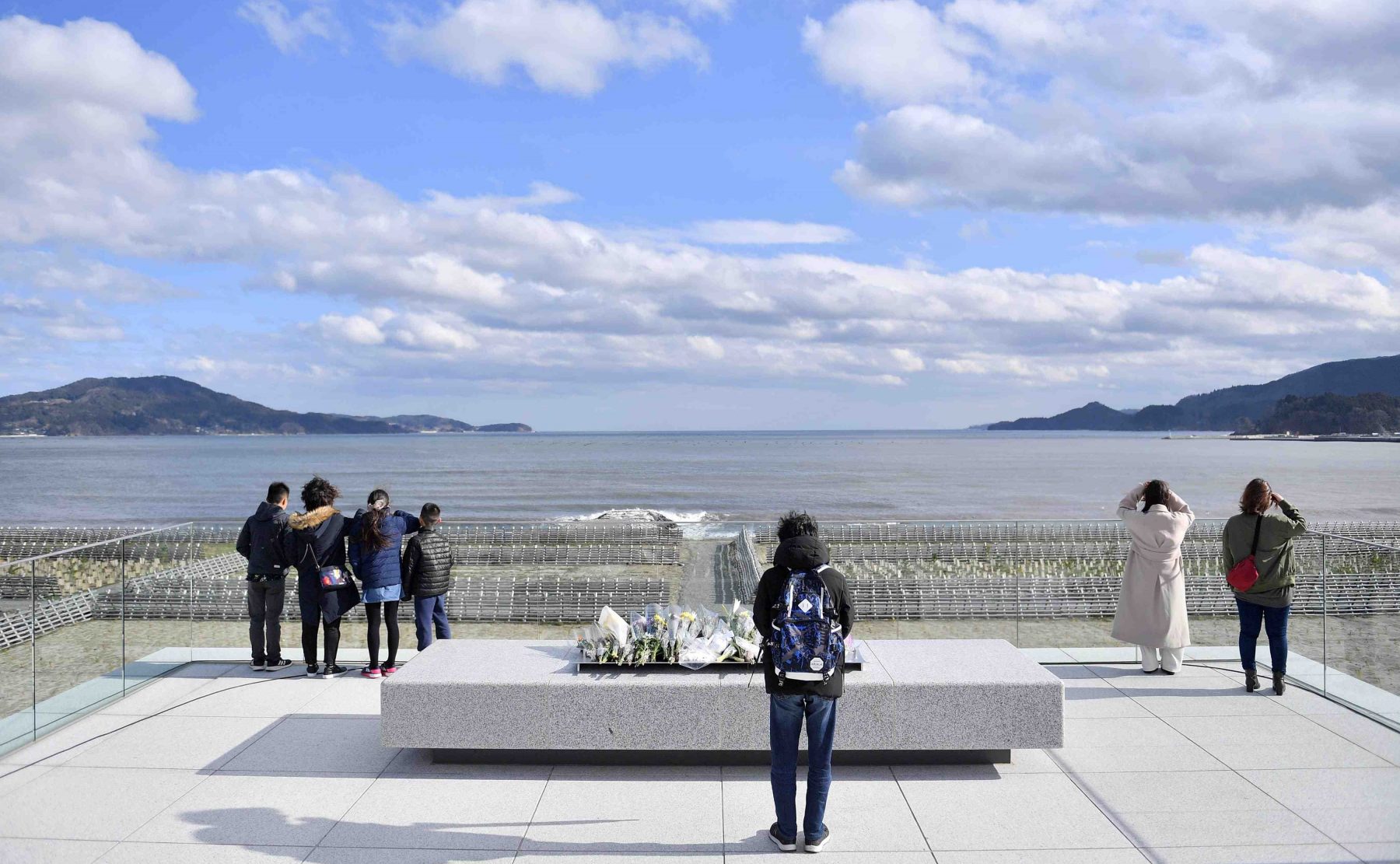 On a cold Friday afternoon, life for millions in Japan would be changed in the span of just a few minutes. On March 11, 2011, northeastern Japan was struck by one of the most powerful earthquakes in recorded history. The magnitude 9 tremor caused massive damage up and down the country’s northeastern coast, with strong shaking felt several hundred kilometers away.

Soon after the shaking subsided, the coastline was then hit by a devastating tsunami, which completely destroyed dozens of towns and caused over fifteen thousand deaths. The damage from the earthquake and tsunami, as well as from the accident at the Fukushima Dai-ichi nuclear power plant soon after, forced hundreds of thousands to evacuate their homes and was estimated by the World Bank to have cost over 20 trillion JPY (approx. $190 billion USD).

Ten years later, however, the region looks very different. Cleanup and recovery work began immediately after the disaster, and although there has been a tremendous amount to do, the combined efforts of professional reconstruction teams, local residents, and support from the international community have all made a huge impact toward returning life to normal. The global COVID-19 pandemic put a stop to most overseas travel in 2020, but the Tohoku region is still nurturing its international ties.

Creating Cultural Connections with the World

As soon as the disaster struck, donations and assistance began pouring in from around the world, from national governments, NGOs, corporations, and private citizens who wanted to help in any way they could. Immediate assistance came in the form of funding, supplies, expert medical and rescue teams, and many volunteers.

Once the initial crisis had passed however, it became just as important to reestablish the cultural and economic connections that Tohoku had built with the rest of the world through tourism, education, and support for traditional arts. These efforts have been incredibly successful, with over 1.5 million foreign tourists coming to Tohoku in 2019, triple the amount that arrived before the earthquake.

One way in which individuals are making a difference is by learning and promoting the many traditional crafts that exist here. Sylvia Gallagher, originally from New Zealand, heard about how badly the region was damaged when she was a high school student in 2011. After finishing school, she came to Japan as a teacher with the JET Program and began working in Iwaki City in Fukushima Prefecture. “When I saw the effects of the disaster, I thought that life here would be irrevocably changed,” she recalls, “but the people here refused to give up. I think that strength is incredible, and it’s something I want the world to know about.”


The city had been offering training in traditional crafts to ensure they are not forgotten by future generations, and Gallagher took the opportunity to learn the art of producing washi, or Japanese-style paper. In 2019, she became the city’s first non-Japanese certified Local Vitalization Cooperator, a team of volunteers who use their learning to promote traditional crafts to visitors. She is working with former colleagues on the publication of a picture book about the experiences of the people of Fukushima following the earthquake and tsunami, and hopes that the washi she helps make will be used in the book’s production.

Others have offered their support by sharing their own cultural arts with the people of Tohoku. In 2011, a troupe of dancers from the Taiwan Dancers Association came to Kitashiobara Village in Fukushima Prefecture to put on a series of performances for people who had needed to evacuate from their homes. The group also organized regular exchanges, performing at schools, and dozens of local students were also able to travel to Taiwan to experience the culture there.

The Tohoku region has also had the opportunity to share its culture with the rest of the world. There is a traditional toy called akabeko, which is shaped like a cow and colored bright red. Made of papier-mâché, the akabeko is constructed so that its head can bob up and down. The toy dates back to over a thousand years ago, but during the 16th century a belief grew that the cow would protect children from illness, and the story spread that a child was cured of smallpox after being given an akabeko. Today, they are considered symbols of good health and can be found in many homes throughout Japan.

“The akabeko has been a traditional craft from our town since long ago,” says Minako Hayakawa, an artist who makes the little figures. “It symbolizes hope for people who are sick. I make them because I hope that during this coronavirus pandemic, people can continue to be strong together.” With the spread of the global coronavirus pandemic, the akabeko has seen its popularity rise as people keep them for protective luck not just in Japan, but overseas as well.

Sports have always been an important part of life in the Tohoku region, and they have played a large role in highlighting the recovery that has taken place there. During the preparations leading up to the Olympic and Paralympic Games Tokyo 2020, one of the leading goals of hosting the Tokyo 2020 Games has been to show the world how Tohoku has come back from the scenes of devastation that so many saw ten years ago.

One Tohoku site that will play an important role in the Tokyo 2020 Games is the J-Village soccer training center in Fukushima Prefecture. The stadium and sports facility was forced to put all activities on hold for several years due to the events of 2011, and the grounds were used as a base for cleanup crews working on the damaged power plant. Renovations were completed in 2018, and in 2019 the stadium played host to an international goodwill soccer match between top youth athletes from across Asia competing against their counterparts from Japan.

The site has also been selected as the starting point for the Olympic Torch Relay, which is scheduled to begin on March 25th of this year, just over 10 years after the disaster.


Rugby has also played an important role in the region’s recovery. Japan caught rugby fever when the country hosted the World Cup in 2019, but before that it was enjoyed by a small but intensely loyal fanbase.

One such community of fans was in the city of Kamaishi in Iwate Prefecture, which was home to the Nippon Steel rugby team. After the city was devastated by the tsunami, embassies offered to evacuate the foreign players, which included current Australian pro Scott Fardy. The international players, however, chose to stay with their Japanese teammates and volunteer with recovery work. He and the other team members joined in unloading supply trucks and distributing food to the community.

Looking back on his time in Japan, Fardy said “The people of Tohoku, having been through so much ten years ago with the earthquake, the way everyone got together then was so inspiring. They’ve put on such great events since then, and built the cities back up to what they are today, it’s been amazing to see. COVID’s just another hurdle for everyone to get through, I think the resilience that the people in Tohoku show is amazing, and I have no doubt that they’ll get through this.” Since then, Fardy has continued to work with the city, supporting local youth through rugby.

In the ten years since the Great East Japan Earthquake, the region has made incredible progress, not just in returning to its pre-quake status, but in going beyond, looking to the future and outward to the world. Just last year, the last of the damaged train stations was reopened for operation, completing Tohoku’s reconnection with the rest of Japan. Looking ahead to the Tokyo 2020 Games and the end of the pandemic, Tohoku is ready to welcome the world back.


These contents are sponsored by the Ministry of Foreign Affairs of Japan.