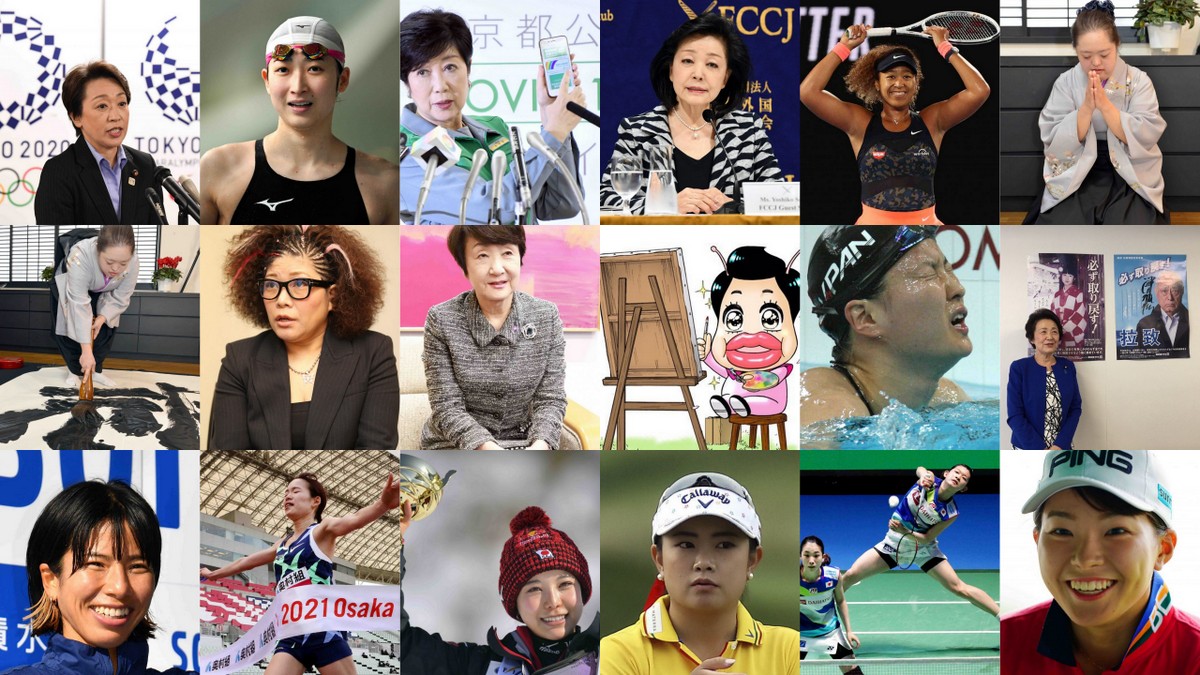 The resignation of former Tokyo Olympics Organizing Committee chief Yoshiro Mori brought a new focus on the challenges faced by Japanese women reaching for the top in public and private organizations. The strong reaction inside Japan also brought into focus some of the reasons more women in top jobs is good for both organizations and the country.

On International Women’s Day, which adopts the theme “Choose to Challenge” for 2021, JAPAN Forward reintroduces the trailblazing women we featured over the past year.

Leading the way for women in Japan is Tokyo Governor Yuriko Koike — who heads a metropolitan region larger than many countries in terms of population (14 million) and pre-pandemic budget (over ¥104 trillion JPY (more than $960 billion USD) — is among the Japanese women who stand out in any global crowd. She is joined by Fumiko Hayashi, mayor of neighboring city Yokohama (3.75 million) with a pre-pandemic budget of ¥13.4 trillion JPY (around $123.6 billion USD).

There are many other women in many walks of life joining them. One is opinion leader Yoshiko Sakurai, who opened and continues to chair Japan’s first entirely non-governmental think tank on public policy issues, the Japan Institute for National Fundamentals. She is joined by cartoonist and businesswoman Nanae Hasegawa, Japanese Diet members Eriko Yamatani and Haruko Arimura, among others in public and business life.

Kyoko Kimura, whose daughter Hana committed suicide in 2020, has bravely spoken up to engage the public in the serious social issue of cyberbullying. Shoko Kanazawa, who has Down syndrome, and her mother Yasuko, have opened the hearts and minds of many to the benefits of diversity through Shoko’s great artistic talent.

In the field of sports, overcoming illness and demonstrating the strength of diversity has brought a number of Japanese athletes into the spotlight, including swimmers Rikako Ikee and Ai Shibata, global tennis star Naomi Osaka, who has also found her voice in speaking up for diversity and justice, ski jumping sensation Sara Takanashi, JAAF Athlete of the year (2020) Hitomi Niiya, and marathon winner Mao Ichiyama, Japan’s women’s golf whizzes Hinako “Smiling Cinderella” Shibuno and Yui Kawamoto, and badminton star Ayaka Takahashi. Off the field, soccer WE League executive Kikuko Okajima is making waves for women’s empowerment.

The new Tokyo 2020 chief and Japanese Diet member Seiko Hashimoto, who replaced Mori, has brought many women with her, leading the Organizing Committee to add 12 new female sports leaders as board members, bringing the number of women on the Tokyo Organizing Committee board to 19 out of 45.

We applaud these each of these women for their individual accomplishments and collective leadership, and look forward to introducing more like them in our articles over the coming year.


RELATED: ‘I Held Nothing Back’: How Yokohama City Hall Changed Mayor Fumiko Hayashi