4 Years After the Passage of New Security Law, Japan-U.S. Alliance No Longer One-Sided 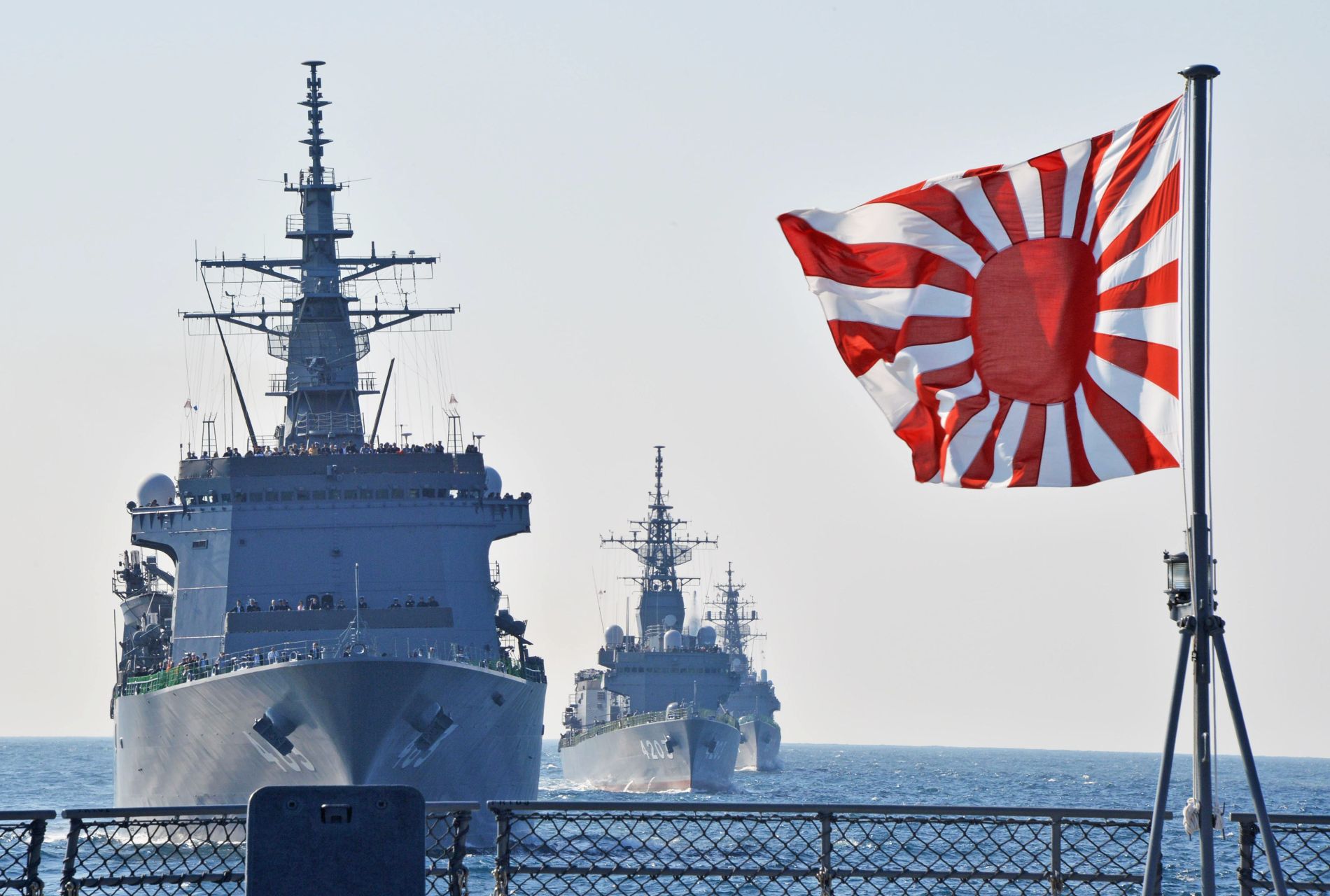 March 29 marked the fourth year since the passage of a historic package that revised Japan’s national security law.

Before the new national security legislation, the Japan-United States alliance had long been referred to as one-sided, with the U.S. obligated under the Japan-U.S. Security Treaty to defend Japan if it was attacked from abroad. The new law made it possible for Japan’s Self-Defense Force (SDF) to engage in such new missions as protection of U.S. military vessels and aircraft.

On the one hand, the change brought security arrangements between Tokyo and Washington closer to the principle of mutuality. The legislation has also enabled the SDF to play a larger role in international peacekeeping activities and protecting Japanese citizens abroad. On the other hand, constraints derived from the existing Constitution have highlighted the limitations of the 2015 security law.

“Let us pass, please.” About a dozen members of the Ground Self-Defense Force (GSDF), dispatched to “a certain politically unstable country,” tried to persuade a mob circling a local Japanese school to move away so they could protect the school’s teachers and students. When the rioters failed to comply, the warning was elevated to, “Stop obstructing now!” Then the GSDF team, equipped with automatic guns, bore down on the rioters and successfully dislodged them using loud sound devices.

That was a scene of a drill simulating the protection of Japanese citizens in a multinational exercise called “Cobra Gold” conducted on February 29 by Japanese, U.S., and other troops at the U-Tapao Royal Thai Navy Airfield in central Thailand. The GSDF transported actors simulating Japanese school students to the airfield by motor vehicle. The “students” were flown to safety on an Air Self-Defense Force C-130 transport plane under the safeguard of the GSDF, U.S. Army, and others. Reportedly one part of the drill which the media were not permitted to observe included a scene where GSDF fired warning shots using automatic weapons.

The 2015 security law has made it possible for the SDF to use weapons in the rescue of Japanese citizens in a troubled environment. The SDF has been participating in the Cobra Gold war games for many years, but now they will be able to use their training should the need arise.

At the same time, the SDF’s new mission has helped beef up peacetime cooperation between Japanese and U.S. troops. For example, SDF units are now able to defend the ships and aircraft of U.S. and other military partners engaged in the defense of Japan, based on the “weapons use criteria” provisions stipulated in the 2015 law.

The first such case came on May 1, 2017. That day, Japan’s largest SDF destroyer Izumo, ran side-by-side with a U.S. Navy supply ship off the Boso Peninsula in Chiba prefecture. The U.S. vessel was on its way to resupply the United States Aegis weapons surveillance and information gathering operation monitoring North Korea’s ballistic missile launches.

The SDF carried out defense activities to protect U.S. military vessels twice in 2017, 16 times in 2018, and 14 times in 2019. In each case, the U.S. military had been engaged in surveillance and information-gathering operations.

It also has become possible for the SDF to supply fuel and food to U.S. military vessels engaging in anti-missile surveillance activities in such areas as the Sea of Japan. Before the 2015 law, these activities were allowed only for joint Japan-U.S. military drills and for the sake of humanitarian disaster relief operations. So sometimes U.S. military vessels had to return to their own bases for refueling. It is now possible to reduce the frequency of such occasions, which in turn has narrowed the interruptions in the alert system.

Moving Away From A ‘One Sided’ Alliance

“Japan has changed significantly,” said Katsutoshi Kawano, who headed the Joint SDF Staff from 2014 to 2019, quoting a senior U.S. military officer who expressed gratitude after approval of the national security law. Kawano went on to note, “The ability to protect U.S. military aircraft and ships during peacetime has brought us closer to the principle of mutuality.”

But the crux of the new security legislation is that it allows limited exercise of the right of collective self-defense.

Given advancements in satellite technology, the sphere of defense has extended to space today. Japanese Defense Minister Taro Kono acknowledged this, saying there is “no difference between earth and space when it comes to judging whether there is a “threat to the survival” of the nation or the conditions for invoking Japan’s right of collective self-defense. The defense minister has stated explicitly that Japan can exercise the right of collective self-defense if attacked by a foreign entity in outer space.

This compares to the Tokyo-Washington defense arrangements prior to the new security legislation, under which Japan could not help if the United States was attacked. Japan had only to allow the U.S. military to use its bases in Japan. However, the United States was obliged to help defend Japan. The 2015 national security law has changed the alliance to a more mutual relationship.

The SDF’s international peacekeeping options have also been broadened. Under the new law the SDF can engage in “cooperative international activities for peace and security” (PKO), including those involving the overseas dispatch of the SDF for humanitarian and reconstruction programs with PKO teams that are not under the command of the United Nations, if certain conditions are fulfilled.

In April 2019, the Japanese government sent two senior GSDF officers to the Multinational Force and Observers command at the MFO’s request. The multilateral force monitors the ceasefire between Egypt and Israel in the southern part of Egypt’s Sinai Peninsula. The Japanese officers were charged with liaison and coordination between the two countries. Initially they were scheduled to serve until the end of November 2019, but the government decided in a Cabinet meeting to extend the mission for another year.

Commenting on the decision in a press conference, Chief Cabinet Secretary Yoshihide Suga said, “This is one of concrete examples of our nation’s efforts based on our policy of proactive pacifism.”

The new law has also paved the way for the SDF to go to the rescue of United Nations staff and others under attack in remote locations when they are attacked. There are many instances of PKO teams made up of troops from different countries who are based in the same camp. Formerly, SDF contingents could only defend on or immediately next to their bases, but the new security legislation has enabled Japan’s SDF to join PKO teams to “build up a collective defense posture” with military teams from other countries.

In November 2016, the government assigned two additional duties to the SDF’s PKO contingent deployed in South Sudan, Africa. First, the SDF was charged with going to the rescue of U.N. staff and others in the event of an attack, and second they were responsible for the collective defense of the camps. However, the SDF’s PKO unit in the divided African country was pulled out of South Sudan six months later, in May 2017.