7 Things I Didn’t Know About Moving in Japan 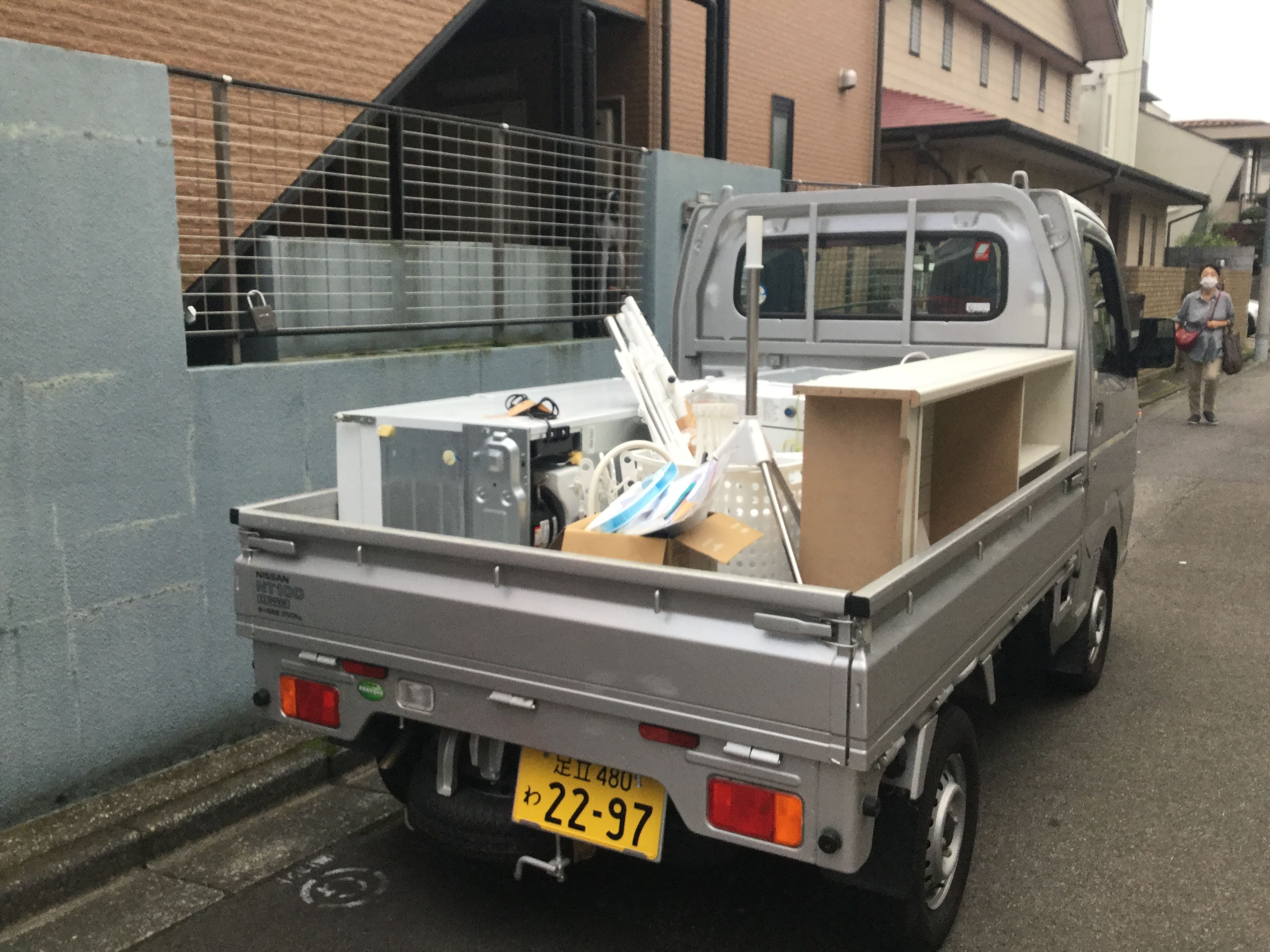 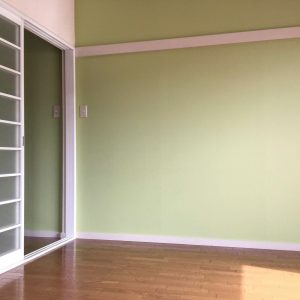 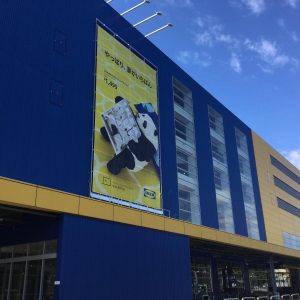 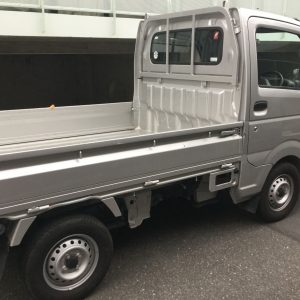 When I moved from Kanazawa to Tokyo in 2019, I moved into a sharehouse, a common option for those who want to save money, have an easy move-in process, and easily meet new people. After six months, however, frustrated by noisy housemates and an appalling lack of cleanliness, I decided it was time for me to upgrade and get a place of my own. As I had lived in a company apartment in Kanazawa, I had no idea exactly what I was getting into.

Here are seven things I didn’t know about moving into a privately rented apartment in Japan. The following is based on my personal experience and might be different for others.

1. Success Comes Down to Your Agent

While there are ways to look for apartments on one’s own, I chose to hire a real estate agent, since almost all private property owners use them to rent out their listings. For me, an American with poor Japanese skills, hiring an agent was vital to navigate the murky language and cultural barriers presented by the challenge of finding an apartment.

I got lucky, as a friend recommended an agent who spoke great English. None of the following would have been possible without his help.

Moving in Japan can be exorbitantly expensive. One can expect to pay the first month’s rent, deposit, a building maintenance fee, fire insurance fee, and other fun surprises. If you have a private guarantor, then you are in luck, but if you don’t, then you also need to pay a guarantor company fee so that someone can guarantee on your behalf.

There is also a fee called “key money.” Key money is considered a gift from the renter to the landlord of the property in exchange for the privilege of receiving the key to the apartment. It is equivalent to one month’s rent. Fortunately, my agent only showed me properties that didn’t charge this, saving me quite a bit.

In the United States, it is common to apply to many different apartments at once, then see which ones accept you and choose from among them. In Japan, the process is more of a courtship. The private landlords want to see that you want them, and only them, and so you should apply for only one apartment at a time as a show of your commitment.

My agent applied for the apartment I liked, and we waited. I received a call from the guarantor company. Obon passed. The guarantor company called again. I waited. I asked my agent. He said they were “still considering me.” One month after making the application, I received the news that I’d been rejected because of my low Japanese language ability.

We tried again. He showed me another private property, a big corner unit close to a major station. We applied, and 3 weeks later I was accepted. I had been looking for an apartment for two months.

When time came for the paperwork, I met my agent at a Jonathan’s restaurant for what he said would be an hour-long meeting. I didn’t see how something straightforward like signing a contract would take that long, but I showed up on time.

When he arrived, he pulled out a huge stack of papers. It hit the table with a dull, heavy thud. This would take a while.

There were multiple contracts, and multiple copies of each contract. The contract with the landlord, with the management company, with the fire insurance company, more contracts than I can remember. Everything was in Japanese, which my agent translated for me. After the contract terms, there were the rules of the apartment: don’t make noise, no pets, no instruments.

“While living in the apartment, you are not to become a member of an underground organization,” he translated.

Don’t join the yakuza while living there. Got it.

When renting an apartment in the United States, one can have certain expectations for what will be included: a fridge, an oven and stove top, and blinds on the windows. Sometimes it can also include a dishwasher, microwave, or washing machine.

But in Japan, “unfurnished” means exactly that — nothing. Your apartment is essentially an empty box. And if you are going from a furnished sharehouse to an unfurnished apartment like I was, you will need to find things to put in your empty box.

It was time for an IKEA trip.

I tried to move through quickly, but there were just so many options for EVERYTHING. It was while trying to pick out cups that I started to feel truly overwhelmed. There were so many choices to make: What color? Which size? How many? It occurred to me that I’ve never made this many decisions at one time in my life. What did I want? What was I doing here? I grabbed the 6 pack of green cups.

After similar mini-crises over mattresses (foam or spring?) and curtains (length? material? color?), I would eventually make it out alive, only to discover that I’d messed up and bought the wrong type of duvet for the fast approaching winter. I would later return to IKEA and buy another duvet. This one would also be wrong. It was the appropriate one for winter, FL but too small. I ordered a duvet off of Amazon. It arrived three days later, and was perfect.

6. …But You Can Buy Secondhand

In Japan, it can be difficult and expensive to get rid of items like furniture or appliances. So foreigners leaving the country are stuck with the quandary of how to get rid of these. Thus, sales groups such as Sayonara Sales Tokyo and Mottenai Japan were born on Facebook, both of which I used to source second hand furnishings for my new digs.

People leaving Japan are able to sell or give away their stuff through these groups. Usually the buyer has to figure out transportation and things like that, but the enterprising gaijin can find great household goods for quite cheap or even free. From these groups, I was able to get my fridge, washing machine, dining room table and chairs, a bookcase, laundry poles and racks, and assorted kitchen supplies for a fraction of what they would have cost if I had bought new ones.

I rented a tiny Kei truck to pick them up. I was nervous about driving the rickety little truck, but it was actually the only fun I had during the moving experience.

7. The Last Step: Getting Internet

The final thorn in my side, the last step in my moving adventure, was the internet. Setting up internet service sounds relatively simple. But, of course, that isn’t the case.

First, I needed a Japanese friend to call on my behalf to set up my account. After that, the process varies based on the type of internet, Hikari (fiber-optic) or ADSL, as well as the type of residence — Family Type (single-family dwelling) or Mansion Type (large, multi-residence building). To make things more confusing, you will typically be dealing with two different companies, the internet provider and the service provider, which in my case were NTT and Softbank.

I received a bunch of equipment in the mail from NTT, including a rather outdated VDSL modem. And from Softbank I received a single WiFi modem. I thumbed through the lengthy instruction manual, and while I could have probably fumbled through it on my own, by this point I was just so tired. Tired of moving, tired of contracts, tired of furnishings, tired of life. I had a friend hook it up, and 20 minutes later both modems were blinking and providing me with the glory of the internet. I made it!

The date was November 21st. My move, from conception to this moment, had lasted five months. Now it was time to rest. Rest, and plan my housewarming party. . .