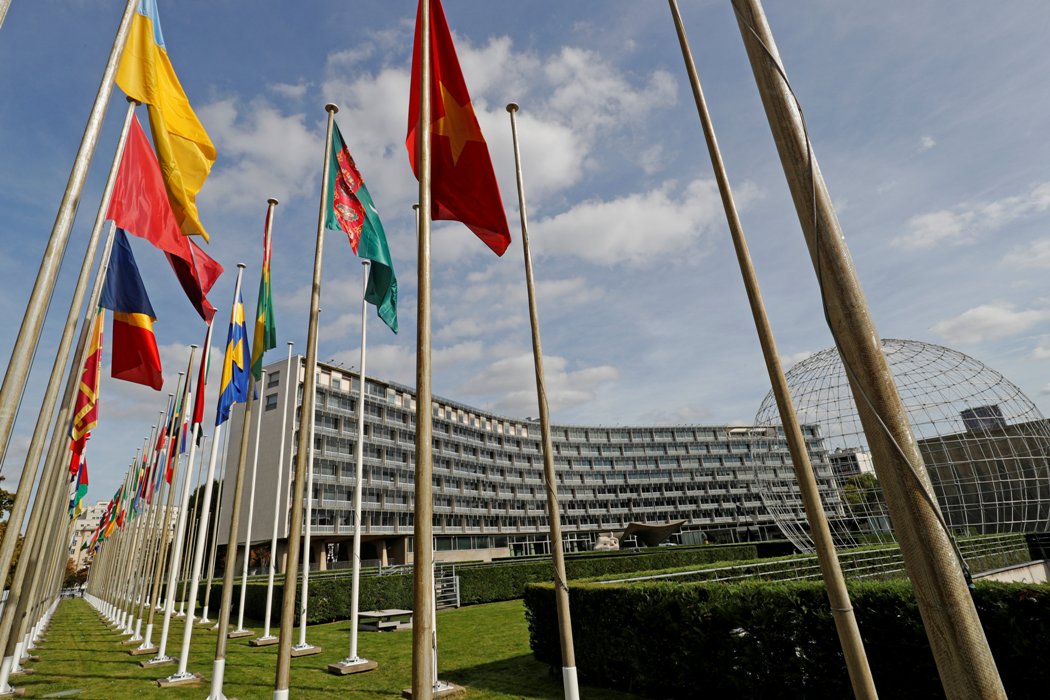 More than 100 scholars of Japan have signed as of October 20 a statement to oppose a joint application filed by various groups from eight countries for the registration of documents pertaining to wartime “comfort women” in the UNESCO Memory of the World listings.

The UNESCO International Advisory Committee is meeting on October 24 to decide whether to accept or reject the materials. The scholars are requesting that during this time a dialogue be held with the groups that are seeking the registration.

The scholars are questioning the application procedure and the content of the documents. 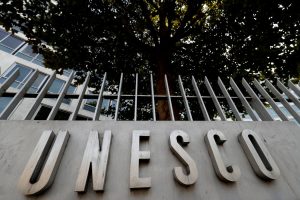 At a press conference in Tokyo on October 16th, Shiro Takahashi, specially appointed professor at Meisei University, criticized UNESCO for failing to provide an opportunity for dialogue on this issues.

“Given that UNESCO aims to promote peace and friendship through mutual understanding, refusing to have a dialogue goes against its stated goals,” the professor said.

The statement points out that the documents relating to the so-called Nanking Massacre that were accepted for registration in 2015 have yet to be made public.

As for the submission on “comfort women,” the statement observes that there are multiple problems with the documents. These include the fact that “it is asserted that the women were  coerced and were made ‘sex slaves’ without any concrete proof. This is another case of going against historical fact.”

The materials pertaining to the “comfort women” have received approval from the registration subcommittee, and it appears that this approval will be submitted to the International Advisory Committee. Although Director-General Irina Bokova will consult with the IAC, it has been the custom for the Director-General to confirm IAC recommendations.

The following is the statement given by the scholars:

It appears that the Registration Subcommittee (RSC) considering the materials titled “Voices of the ‘Comfort Women,’” jointly submitted (hereafter joint application) by eight NGOs of different countries to the UNESCO “Memory of the World” program, has recommended to the International Advisory Committee (IAC) that these materials be inscribed with the “Memory of the World” program along with the “Nanjing Massacre” documents inscribed in 2015.

If this is indeed the case, then we object and request that the IAC provide opportunities for dialogue with concerned parties, without advancing the materials for consideration. The reason for our objection and request is that the “Memory of the World” program is carried out under UNESCO auspices for the purpose of advancing friendship and mutual understanding among member states and thus opportunities for dialogue must without fail be provided for cases about which there are issues in dispute.

We remark first upon problems with the application process.

In 2015, UNESCO, overriding academic criticisms, forced through the registration of “Nanjing Massacre” documents after the IAC blindly accepted the RSC’s conclusions. That these registered documents are still not accessible by the public is a grave matter which impinges upon the fundamental operations of the “Memory of the World” program.

During the current joint-application process as well, Japanese scholars and private sector organizations, who are inescapably stakeholders in the items under consideration, have been refused any opportunity for dialogue.

The final report on the review process clearly specifies, for example, that, as a necessary mechanism for protecting the “Memory of the World” program from political abuses, dialogue among the concerned parties may be encouraged if no agreement has been reached regarding questioned nominations.

In light of this, on August 23, an NGO from Japan that had also applied with UNESCO for the inscription of “Documentation on ‘Comfort Women’ and Japanese Army Discipline”—an application that included some of the same documents as those included in the application that appears to be heading for approval (items stored at the National Archives and Records Administration or NARA in the United States)—submitted an open letter requesting dialogue with the parties filing the joint application for “Voices of ‘Comfort Women.’” However, no sincere reply to the open letter has been received as of the date of this statement.

Second, in an e-mail dated April 10, the UNESCO Secretariat transmitted to the applicants the RSC’s preliminary recommendation regarding “political items.” The recommendations were made to the Japanese NGOs that had applied for registration of some of the same “questioned nominations.”

However, these same problems apply to the joint eight-country NGO application. Since this communication references only the Japanese application and not the joint application, it clearly reflects a double standard.

We next point out specific problems with the content of the joint-application materials.

First, the description given in the “Summary” is inappropriate: “the women and girls forced into sexual slavery for the Japanese military.” It runs directly counter to historical fact to leave aside such things as the sexual violence by South Korean troops perpetrated during the Vietnam War and the South Korean military’s comfort women during the Korean War in order to focus exclusively on the “Japanese military comfort women”; to insist upon the forced nature of the recruitment of women without providing any concrete evidence for the claim; and to equate the comfort women with sex slaves.

The United States government spent seven years and $30 million to have an inter-agency working group—bridging the CIA, FBI, and other agencies—search through 8.4 million pages of classified materials, and yet this search failed to turn up a single document from either the US government or the US military corroborating either the forced abduction or the enslavement of the comfort women.

Second, the documents stored at the National Archives and Records Administration—documents for which both the Japanese NGO and the joint eight-country NGOs have applied for registration—contain materials that prove that the comfort women were not “sex slaves,” “forcibly enslaved,” or “girls,” as the joint applicants claim. According to the NARA documents in question, the comfort women received compensation, which they used to repay debts. Some comfort women were able to save and/or remit large sums of money. The women were not slaves—they were under no one’s “ownership” whatsoever. The notion that the Japanese military comfort women were “sex slaves” contradicts the considered views of many Japanese scholars as well as many highly-regarded scholars in South Korea and the United States.

Third, in the Mandalay Garrison Headquarters Comfort Station Regulations included in the documents (30 items) stored at the Imperial War Museum (IWM) in England, and for which the joint applicants have applied for inscription, the comfort women are listed as “licensed prostitutes.” Also, the photographs and testimonies of British soldiers submitted with the application violate the “authenticity” test in the “Memory of the World” registration selection criteria. These original primary historical sources lack clear indication of exactly who witnessed what, where, and at what time and on what date with the result, that these sources have a very low level of reliability. These same materials include items about a comfort facility called “Geisha House” operated by the Australian military during the Korean War, and brothels in Incheon during the Korean War as well as prostitution in territories occupied by the Chinese Nationalist Guomindang (Kuomintang). In none of these testimonies is there any proof of the joint applicants’ claim that the comfort women were “forced into sex slavery.”

Fourth, the joint applicants’ assertion that the Japanese military’s comfort women system was a “wartime tragedy comparable to the Holocaust” is a malicious slander. On October 16, 2016, the Canada-Israel Friendship Association submitted a written opinion to UNESCO on this point, charging that these kinds of expressions distort the meaning of the Holocaust and made the criticism that, “By betraying its original principles, UNESCO has turned into a tool of imposing the political agenda of its most aggressive members through distortion of the very same cultural issues that it was supposed to protect.”

Fifth, anti-governmental groups that deny the diplomatic accord by the governments of both South Korea and Japan have joined the joint application in order to inscribe their own activist materials with the “Memory of the World” program. Further, their application seeks to inscribe pictures of supposed former comfort women, but these materials are not suitable for the “Memory of the World.” The General Guidelines of the Memory of the World state at 2.6.2 that “[documentary heritage] normally excludes items which are part of a fixed fabric (such as a building or a natural site), objects on which the signs/codes are incidental to their purpose, or items which were designed as non-reproducible ‘originals,’ such as paintings, three dimensional artefacts, or art objects per se.” If the materials in question are registered regardless of these regulations, then it will provoke needless discord and confusion, and may give rise to the abnormal situation in which anti-governmental groups from around the world flood UNESCO with applications to register their activist materials with the “Memory of the World” program.

Sixth, while the joint application emphasizes the global significance of the statues of young comfort women as “symbols of peace,” in reality, these statues have given rise to situations in which the peaceful coexistence of a wide variety of local communities is prevented, due to the bullying of children of Japanese descent and other such incidents. Thus, the statues have turned into “symbols of conflict.”

Before advancing the joint application to consideration, we ask that the IAC understands the importance of the above-listed points of argument, and we strongly request that the IAC provide, without fail, the opportunity for concerned parties to engage in dialogue.