A Derby Trifecta to Raise the Dead 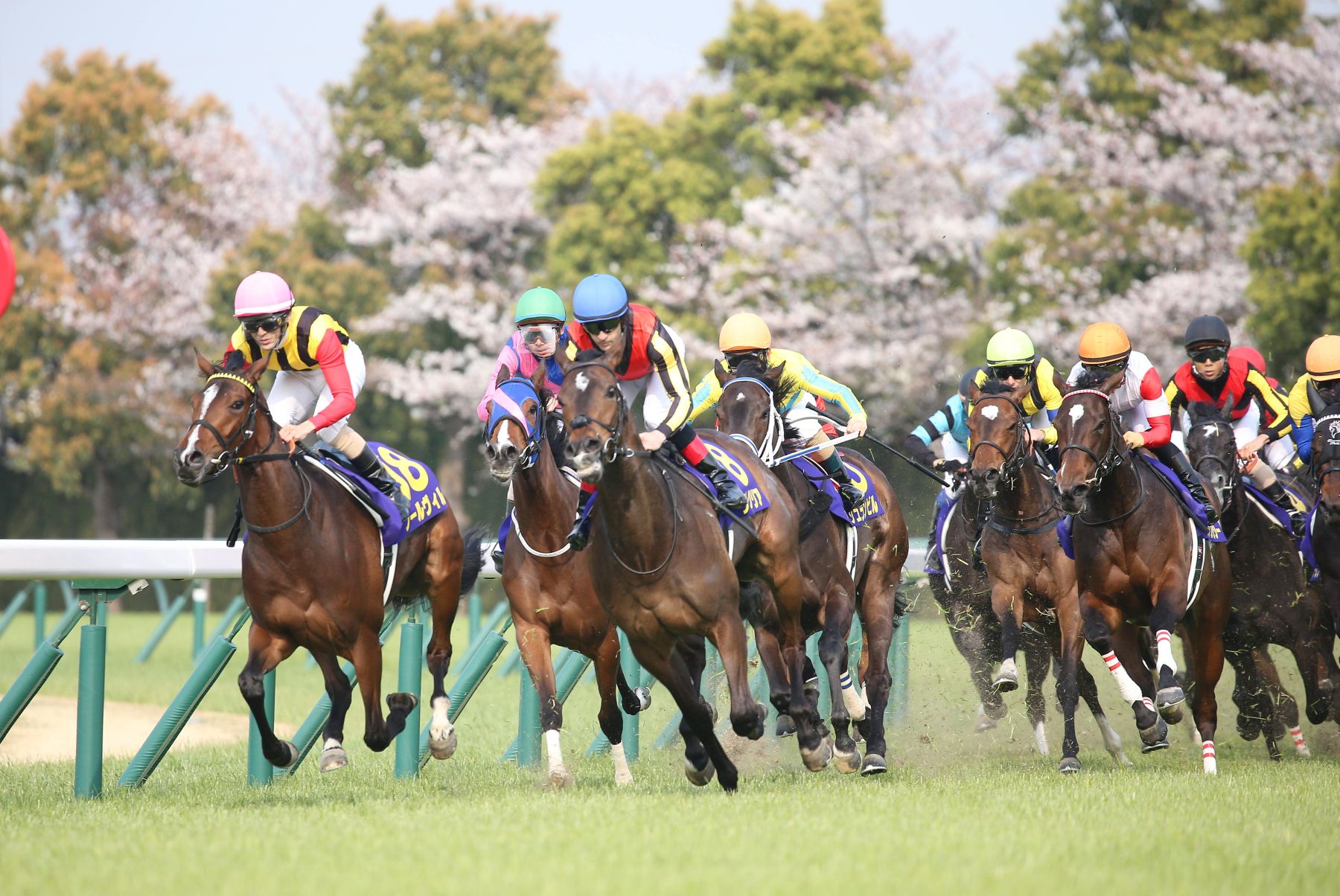 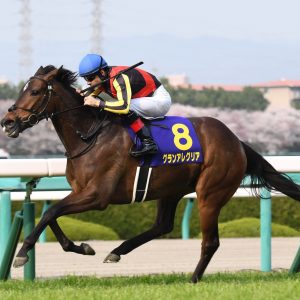 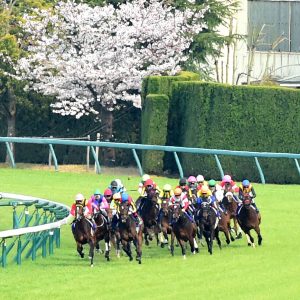 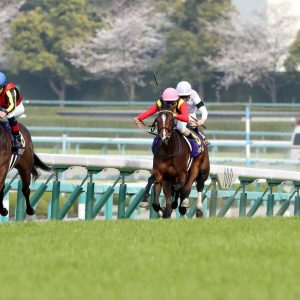 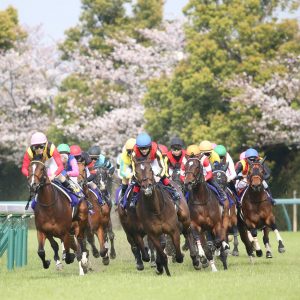 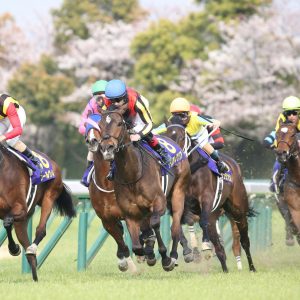 When the proprietor of Gembei, a venerable yakitori establishment near Waseda University, died some 40 years ago, in lieu of flowers his coffin was stuffed with a lifetime’s worth of losing racetrack tickets. Known to his clientele as Ojisan, or uncle, he was venerated as much for his deep inside knowledge of horse racing as for the quality of the fare he and his family served up to a mix of students, professors, local artisans and commercialists of all stripes, and a couple of ne’er-do-wells — one of them from the other side of the world.

On Friday and Saturday nights before the weekend racing dates, the only ones the Japan Racing Association (JRA) allowed, as Ojisan stood behind the counter passing out warmed sake, yakitori, and other comestibles, racing papers would open around the shop like desert flowers after a rain.

He would regard the earnest conversations that followed with an arch look that suggested there was little to say for any of the selections discussed. The regulars, for their part, would continually steal glances at their host in the hope that a lifted eyebrow or a quick smile revealing his two missing front teeth would signal, if not approbation, then at least something short of total disparagement. The uninitiated who made the mistake of asking him outright whom he liked in the next day’s feature were rewarded with a withering stare, as well as smug looks from the veteran customers, who knew that was a line never to be crossed.

At Ojisan’s wake — held in his living quarters above the shop — there was a good deal of lamenting, some of it quite loud, for he was well-loved. But not a few professed annoyance that he had succumbed to his long illness at such a critical time in the racing calendar.

As it was a Saturday, the regulars had their racing forms out and bent to the task of handicapping the morrow’s races, even as they wept and drank themselves silly. The putative reason was to put winning tickets into the coffin so Ojisan would have something to pay the ferryman at the Sanzu River, the Japanese equivalent of the Styx.

On the way to the funeral the next day, many of us stopped at an off-track facility and bet our selections, dropping the tickets into the coffin as it was being prepared for the trip to the crematory. On the chartered bus that we rode over, someone took out a transistor radio and tuned in to the broadcast from the track. As the winning quinella for the feature race was announced, I stood part way out of my seat and announced with elan that Ojisan would now have a first class cabin on the barge across the final waters.

“Don’t be ridiculous!” scolded the doyen of the group, a great friend of the deceased and a baseball luminary who today sleeps in the Japanese Hall of Fame. “At nine-to-one you think that old piker is going to hand the money over to the ferryman? He’s on his way back here right now to cash in the ticket himself!” The bus roared with laughter.

Ojisan’s son, known to all as Otosan or father (the logic of these appellations was never questioned), took over the shop but had no use for the races at all. He regarded horses as a kind of parasite that sucked all the blood out of its victims and left them desiccated and stooped on racetrack aprons in a vain search for winning tickets that had somehow been discarded accidentally.

Once, on the yakitoriya’s off day, Otosan and I were strolling down a busy street on our way for a drink when we passed a long file of people waiting to get into an ice cream shop that had recently made its debut in the Tokyo market. I was familiar with the product, didn’t think much of it and said so.

“It doesn’t matter,” Otosan said. “It’s not the ice cream. People in Japan just like to stand in line.”

I was reminded of my late mother-in-law, a woman with four young children to raise in the very depths of the post-war devastation. Whenever she saw people lined up, she unfailingly got on the end of the queue — even when she had no idea what the line was for. “It had to be something worthwhile,” she said, “like soap or bread or any of the myriad necessities we didn’t have. Otherwise, why would people bother?”

The ice cream lines were forming around the same time as the advent of a colt named Haiseiko precipitated Japan’s great modern racing boom. Coming from out of nowhere — that is to say, from a track in the second-tier local racing association — the modestly-bred colt burst onto the JRA scene with a skein of victories in stakes events leading up to the Tokyo Derby, including the first leg of the Triple Crown, the Satsuki-sho.

Crowds at the track were huge. People who had never seen a horse race before shoved and jostled their way through the mob just to get a glimpse of the colt through the sea of heads in front of them. The colt’s jockey recorded a song about him that shot straight up the pop charts.

In those days, if you wanted to purchase a reserved seat and so avoid the prospect of getting crushed to death, you had to get to the track before 7 A.M. and join an already long queue waiting for track staff to hand out numbered cards. If you managed to get one, the card entitled you to go away and come back again before 9 A.M. to queue up in the same order and shuffle forward until you reached the window where the seats were sold. If you got there after seven you were generally out of luck.

On the day of Haiseiko’s Derby, I went early to the nearest off-track betting facility in Shinjuku, hoping to place a wager and get home in time to watch the race on television. When I got there around 10 A.M., the line already stretched to Hatsudai, the next station up from the Shinjuku terminus. It took four hours to get in front of a ticket window to bet my loser, but it was withal an interesting experience that taught me something about the Japanese propensity to tolerate long lines.

The people waiting with mostly good-humored patience — many of them rank newcomers to the sport — fell to chatting and exchanging pleasantries to make the time pass. By the time my section of the line got to its destination, some new friendships had been formed, name cards swapped, and promises made about future meetings.

Just days ago, NHK aired a documentary about the racing fans who started lining up outside the track gates days, and in a couple of cases more than a week, before this year’s Derby. They only wanted to secure unreserved seats to the event. They brought plastic sheets, bedding, suitcases with clothing changes, food, drink, and other life necessities. One brought a fan powered by a mini-solar panel, another a portable hammock. Not a few came in groups who sat around enjoying evening libations together.

It turns out that most of them had met on the same lines for past derbies and formed real friendships. Their camaraderie seemed to be as central a part of the experience as the derby itself.

As the day of the race grew closer, the lines were moved nearer the entrances, always in precise orderly heats supervised by track personnel to insure that no one broke in out of turn. At 9 A.M. Sunday when the track gates finally opened, the fans burst onto the apron as though it were the start of a marathon, not a few stumbling and falling, and raced up the steps leading to the unreserved sections. In a matter of minutes every seat was filled.

The race was won by a stalwart colt named Wagnerian, a son of Triple Crown winner Deep Impact by the great Sunday Silence, who sped down the final straight to prevail with an operatic flourish.

Now there is a payoff, I thought, reflecting back on the 9-1 quinella I placed in Ojisan’s coffin all those years ago, that would not only wake the dead, but bring them back across the Sanzu River to stand in the cashing line. In this instance, it was bound to be a short one.

David Shapiro is a poet with several volumes to his credit, a playwright with productions here and New York, and an author of books for children in Japanese. A longtime resident of Tokyo, he wrote a weekly column for GALLOP, Japan’s leading horse racing magazine, which ran for more than seven years. His book of racing essays in Japanese (Kiku to Sarabureddo) was a finalist for the JRA book prize.