BOOK REVIEW | ‘This Great Stage of Fools’ by Alan Booth 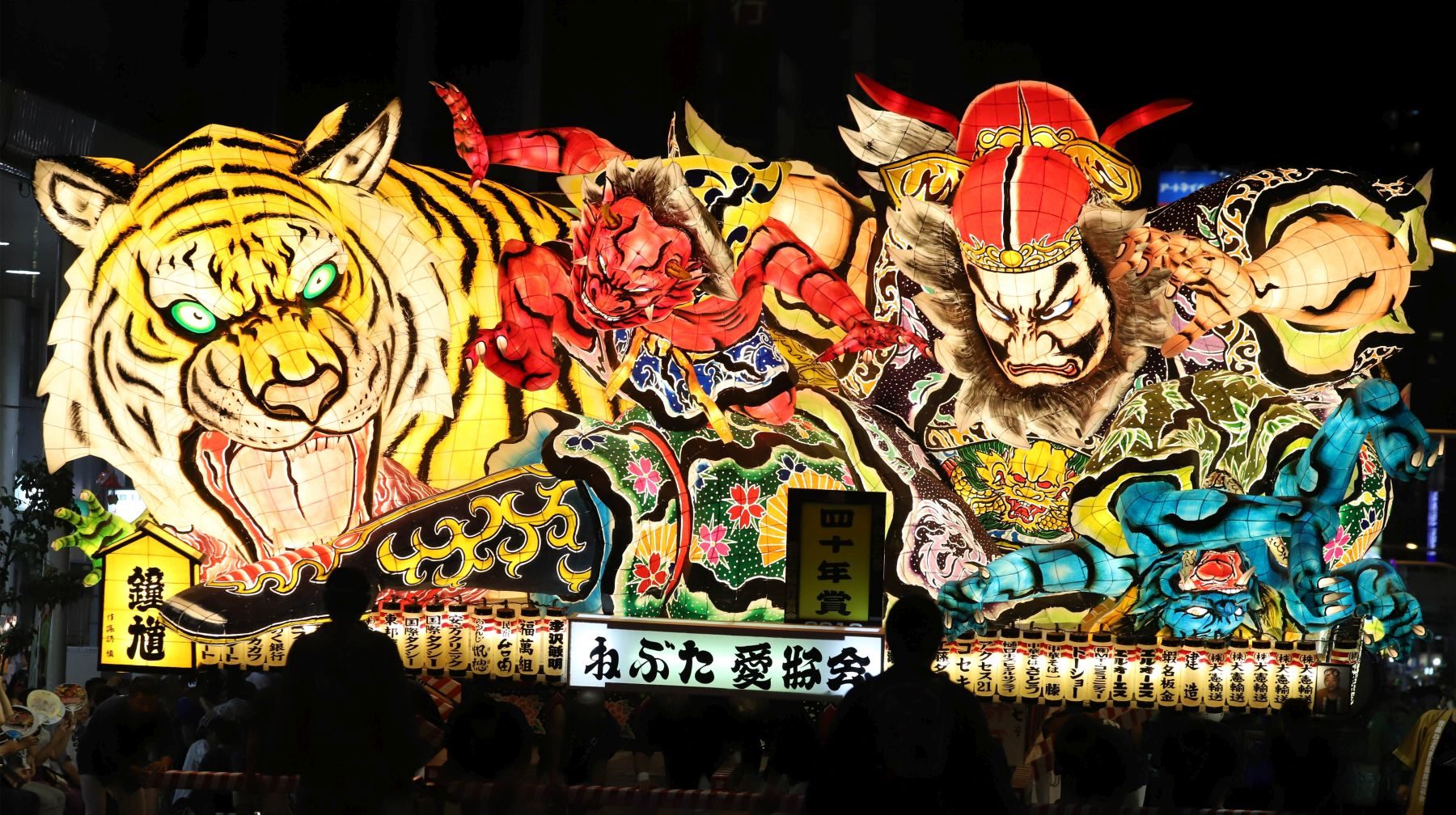 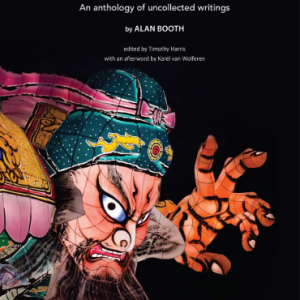 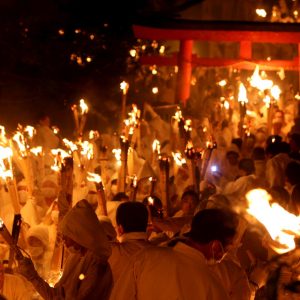 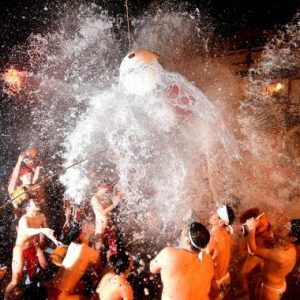 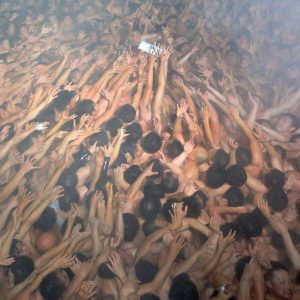 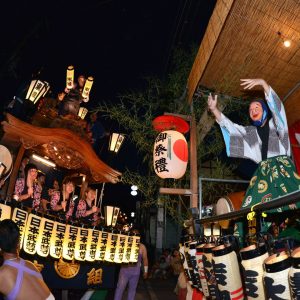 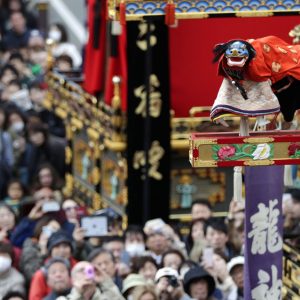 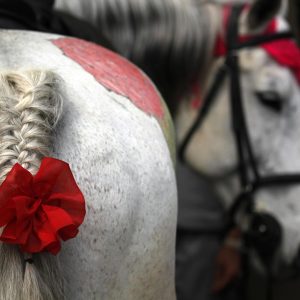 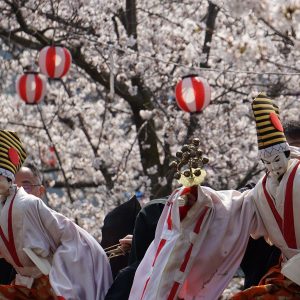 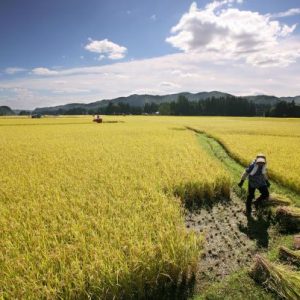 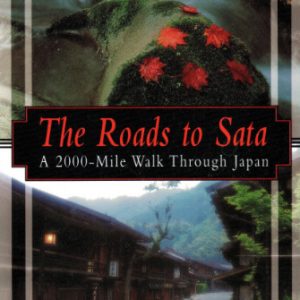 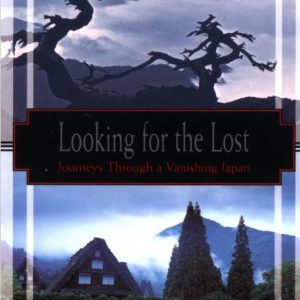 Alan Booth is best known as the author of The Roads to Sata, his account of a solo walk from the northern tip of Hokkaido, the northernmost of Japan’s four main islands, to the southernmost cape in Kyushu. It took him four months of heavy trudging to cover the 2,000 miles.

That book is a testimony to Booth’s impact that this February, more than a quarter century after his death, there was a packed audience at the Foreign Correspondents’ Club of Japan for an event centered on a new collection of his writing. Among the attendees were two fit young men who had separately followed his route in recent years.

Published in 1986, Sata was widely praised as a worthy addition to the distinguished line of British travel writing, as exemplified by the works of Freya Stark, Patrick Leigh Fermor, Graham Greene, and other literary nomads.

In an era of growing hysteria about the Japanese industrial threat, the book presented a startlingly different view of Japan from the standard cliches of the time — messy and boozy and quirky, rather than ruthlessly efficient; tradition-hugging, rather than obsessively high-tech; teeming with human variety, rather than robotically homogenous.

In so doing, he uncovered a “ura Nihon” (“backside of Japan”), which is not geographical but social and psychological. He summarized his project in words he put into the mouth of an aged shopkeeper: “A country is like a sheet of paper: it’s got two sides. On one side there’s a lot of fancy lettering — that’s the bit that gets flaunted about in public. But there’s always a reverse side to a piece of paper, a side that might have ugly doodling on it or graffiti.”

Booth did not publish another book in his lifetime; cancer killed him in 1993, at the age of 47. However, his friend Tim Harris has edited two posthumous works. Looking for the Lost (Kodansha USA, 1995) describes three further walks that Booth made. This Great Stage of Fools (Bright Wave Media, 2018) is a collection of journalism, ranging from film reviews to a courageous and harrowing account of his final illness.

Both are well worth reading. Looking for the Lost is in many ways a more impressive achievement than The Roads to Sata, which is marred in places by a thin-skinned tetchiness of tone as Booth records his exasperation with what today’s campus radicals would term “micro-aggressions” — village kids yelling “Ziss is a pen” and “Gaijin, Gaijin,” innkeepers questioning his ability to use chopsticks or eat sushi, etc.

Annoying, perhaps, but if you travel through distant provinces it is no surprise that the people you meet tend to be somewhat, well, provincial. I experienced that aspect when I and a friend journeyed through “the backside of Japan” two years after Booth, taking six weeks to cycle the length of Honshu and unknowingly covering two thirds of his route. That said, most of the people we met were hospitable, interesting, and remarkably generous once the ice was broken.

Looking for the Lost is less judgmental and digs a lot deeper, not least into the author’s own psyche. The book benefits from a clearer structure, consisting of three walking trips in the steps of three doomed figures: the decadent-school novelist Osamu Dazai, the samurai rebel Takamori Saigo, and the Heike clan who were crushed by their rivals the Genji in the 12th century. Dazai and Saigo killed themselves. The Heike disintegrated, and the survivors were scattered to the winds.

Loss and lostness were attractive to Booth, which could be why he admired the “decayed grace” of the dingy towns of the Tsugaru plain, in the impoverished, storm-battered, snow-smothered north of Honshu. Never a true nomad, but rather a man in search of a home, Booth respected and perhaps envied rootedness. “They gave you the sense,” he writes of the northern towns, “of being in a place that was built to be lived in, not just passed through.”

This Great Stage of Fools is likewise more about Booth’s loves than his dissatisfactions. One of the strongest pieces is a homage to Chikusan Takahashi, the blind master of the Tsugaru shamisen. For Booth he was a totem of artistic integrity and creativity, rather as Mississippi bluesmen were for a generation of British musicians.

There is a fascinating series of essays on nine Japanese folk songs and a similar series on 14 Japanese festivals, from small local celebrations to the enormous four-day Bacchanalia that is the Awa Odori in Tokushima. Booth quotes some good advice from the Awa Odori festival song —

You’re a fool if you dance

You’re a fool if you watch the dancing

At small festivals in Akita and Yamagata, Booth does join in, thumping the taiko drums and dancing himself into a frenzy.

Alan Booth arrived in Japan in 1970 at the age of 23. He had already made a name for himself as a promising theater director. Indeed, as Tim Harris recounts in the foreword to This Great Stage of Fools, he became probably the first and last person to have vomited live on Belgian TV, after an over-enthusiastic celebration of winning the grand prize in a European students’ drama competition.

Although a prodigious drinker and, apparently, a world-class karaoke singer — skills that lubricated some of his on-the-road encounters — Booth was deeply serious about theater, literature, and the culture of Japan. That underlying seriousness, coupled with impressive background knowledge and insatiable curiosity, is the strength of his writing in all three books.

The world has changed a lot since Booth set off for Sata 40 years ago. In retrospect, the 1980s boom in travel writing marked the peak of the genre.

Travel writers of the late 19th and early 20th centuries had been (usually) gentlemen of leisure, journeying through impoverished, little-known lands, and recording what they saw, with varying degrees of empathy, for the benefit of a domestic readership with little opportunity to experience such exotic locales.

By the 1980s, travel had become much cheaper and more convenient, and previously inaccessible lands were opening up. Colin Thubron wrote memorably about his long trip through China, and Bruce Chatwin shot to literary celebrity on the strength of his adventures in South America and among the Australian aborigines.

Wanderlust, literary flair, and an iron stomach seemed to offer, quite literally, a passport to bestseller-dom.

Since then, economic and political barriers to travel have continued to crumble, to the extent that travel to distant lands is possible not just for Western writers, but to their entire readerships as well. Today’s world is one of Google Earth, social media “bucket lists,” and “gap year” students digging wells all over Africa and Asia. Encountering “Remote People,” as Evelyn Waugh entitled one of his travel books, is no longer a privileged activity.

Alan Booth, however, for all his emphasis on making his way on foot through a land largely unfamiliar to his readers, is in fact more concerned with immersion in a culture rather than passing through it. And this is especially true of the two posthumous books. Even his outbursts of frustration and disappointment could be seen as a sign of commitment to and ownership of his Japanese experience.

There is no metropolitan “center” to which Booth will return after the journey is over, as was the case with part-time nomads like Waugh and Chatwin. He was fated to die in Japan, having spent nearly all his adult life there. His best work lives on as a model of the kind of travel that should be measured in depth, not distance.

To learn more about Alan Booth’s writing, see his books: This Great Stage of Fools: An anthology of uncollected writings (Bright Wave Media, 2018); Looking for the Lost: Journeys Through a Vanishing Japan (Kodansha USA, 1995) and The Roads to Sata: A 2000-Mile Walk Through Japan (Weatherhill, 1986; Viking Adult (UK) 1990; Kodansha Globe, Reprint Edition 1997). 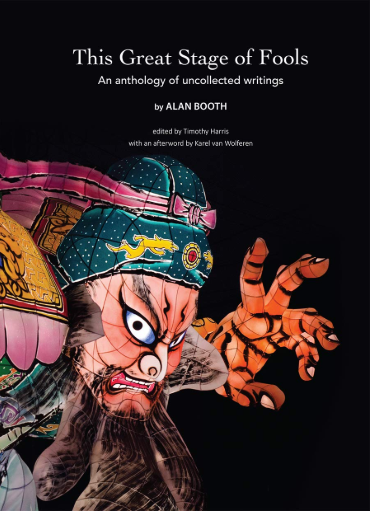