Is the World Watching As China Brutally Suppresses the Freedom of Uighurs and Tibetans? 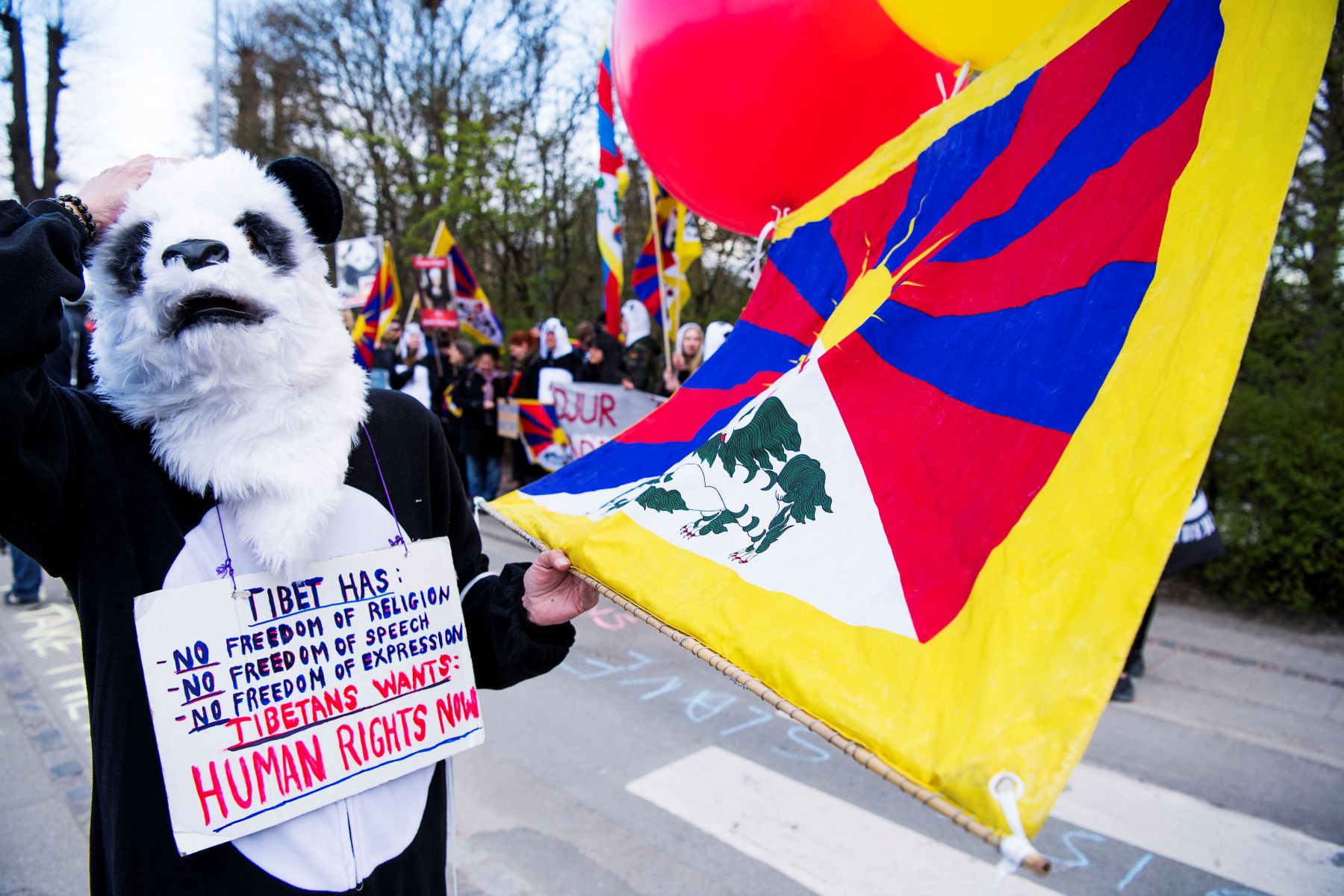 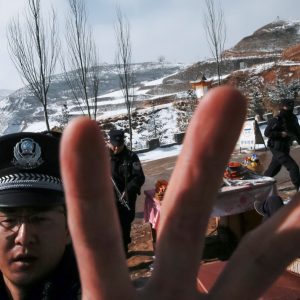 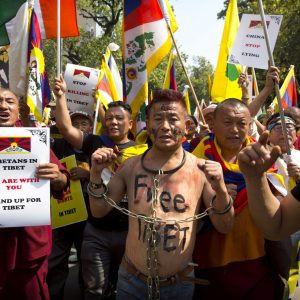 Chinese minorities demonstrate against China’s suppression of their culture, language and religion. 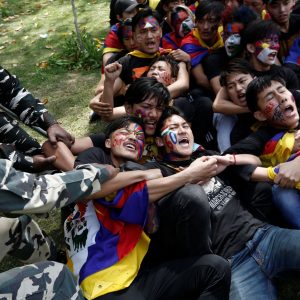 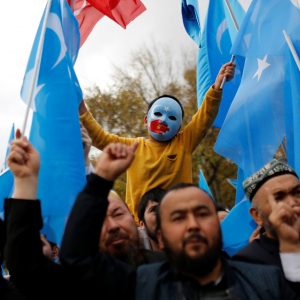 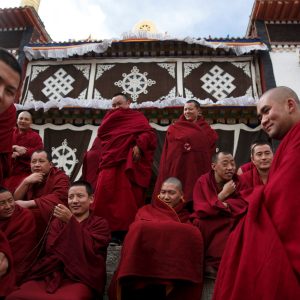 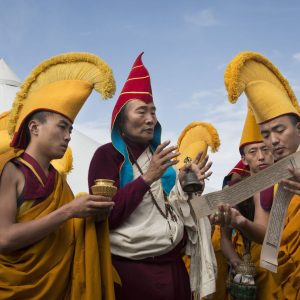 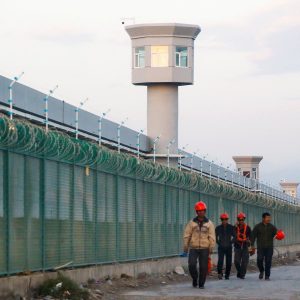 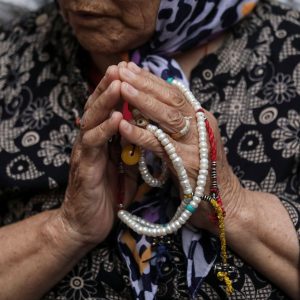 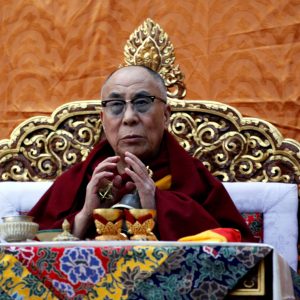 Last March 13, China yet again blocked the proposed initiative of the United States, Britain, and France to have the United Nations Security Council (UNSC) brand the Pakistan-based and -supported terrorist organization Jaish-e-Mohammad and its chief, Maulana Masood Azhar, as “global terrorists.”

The Jaish-e Mohammad has claimed responsibility for the latest and deadliest terror attack on Indian paramilitary forces in Jammu and Kashmir in February. More shocking and disgraceful was the comment by a Pakistani journalist, Hamid Mir, when he wrote on social media, “It’s very easy to understand why China blocked [the] resolution against Masood Azhar in UNSC? India sheltering an enemy of China since decades and his name is Dalai Lama.”

It is only too well-known that Gould’s notes on Tibet’s history have become its present-day destiny, in a fateful paradox. His Holiness, The Dalai Lama, a Nobel Peace Prize recipient, remains an iconic symbol of Buddhism and Buddhist spirituality the world over.

Usurping the War on Terror to Repress Minorities

China’s dark reality was uncovered and has been in the wide open since the 9/11 terror attacks on the U.S. Beijing used the opportunity to begin equating protests within China that sought greater political, social, religious, and cultural autonomy, with terrorism — regardless of whether the separatist groups were using political means or otherwise.

The global anti-terror campaign was, and continues to be, conveniently channelized by China to suit its domestic agenda of quelling China’s Uighur and Tibetan minorities. China aims to subdue and isolate them in the name of fighting terrorism.

In doing so, Beijing underlines its duplicitous and hypocritical commitment to fighting global terrorism. It has been reported and inferred through many accounts that China has surreptitiously interpreted most domestic protests as “acts of terror.”

A ‘Far and Fading Land’

Beijing’s dubious approach of political caution and alacrity to crush ethnic identities and cultural uniqueness has struck again in its western provinces, especially against the Uighurs in Xinjiang who seek greater religious and cultural freedom. The contemporary conditions have reached a point wherein I termed Xinjiang as the “Far and Fading Land of the Uighurs” in one of my recent papers.

Since around 1847, when the Uighurs were known to trade one good horse for one piece of pure silk, their excursions into the uncharted peripheral regions of Eastern Europe, Central Asia, and China have followed a long and disheveled path. Many agonizing stories have been told of their journeys.

Around 1921, the inhabitants of Xinjiang were not exactly called Uighurs. Instead, they were referred to as “Turks,” “Taranchis,” “Sarts,” and “Chantous” — the latter specifically used to refer to the Turkic Muslims of Xinjiang.

Almost a century since, the contemporary era has witnessed the frenzied struggle of China’s far western ethnic community for cultural and religious survival amid the worst kind of political repression and subjugation. Adding to the agony, the Chinese government has backed an influx of Han Chinese migrants and related policies into the region.

The United Nations Weighs In

The largest Chinese administrative division, Xinjiang, spans over 1.66 million square km — almost one-sixth of China’s landmass. The restive region is home to a large population of Turkic-speaking Muslim ethnic groups, of which the Uighurs are the largest, followed by the Kazakhs, Hui, Kyrgyz, and the Mongols.

The Uighurs, who look and speak more like Turks than Han Chinese, aspire for basic political autonomy and self-determination. Their primary reason is to protect their cultural and religious identities, which are being harshly repressed amid ruthless tyrannical political control from Beijing, quite similar to the Tibetans living inside China.

In the above backdrop, the United Nations’ Committee on the Elimination of Racial Discrimination (CERD) recently convened to scrutinize whether China is implementing the Convention on the Elimination of All Forms of Racial Discrimination, as per the Charter’s guidelines in its 96th session. The CERD expressed grave concern and raised a string of imposingly relevant questions over China’s mass internment of ethnic Uighurs, which China has used to curb their basic and fundamental religious and cultural freedoms.

Notably, this was the first time the CERD convened a session on this subject in almost a decade. The last such meeting on the Uighurs took place during the 75th session, in 2009. Confronted by questions revolving around the legal grounds for the mass detention of millions of Uighurs, China was asked to provide details on the religious freedom, language use, and cultural and economic rights of the ethnic Uighurs residing in Xinjiang.

The vice chairperson of CERD, Gay McDougall, stated on record that the panel was “deeply concerned” amid an increasing number of reports that China “has turned the [Xinjiang] Uighur Autonomous Region (XUAR) into something that resembles a massive internment camp that is shrouded in secrecy” in the name of eradicating “religious extremism” and “maintaining social stability.”

The abuse of “political re-education camps” is widespread. They are fast turning into detention camps for Uighurs caught in the Chinese clampdown on political dissent, freedoms of expression, association, and movement.

Reeducation Camps and the Cleansing of Uighur Identity

For years now, the Uighurs have been subjected to all-pervasive discrimination and repressive suppression under the tight-fisted rule and abject control of the Communist Party of China and its government. As part of this, gross violations, such as arbitrary arrests and executions after summary trials, have become rampant.

There are many questions that need to be answered by China, among them:  What legal protection and rights exist for the Uighurs to practice their religion and culture, and the status of the right of the accused to legal representation to ensure a fair and prompt trial?

Then there are the questions of the total number of people detained, details on deaths reported inside the camps, and whether medical assistance and treatment are being provided to the people held captive.

It needs to be highlighted here that China’s Criminal Procedure Law (CPL) does not conform to the International Convention Against Torture, which primarily means that Chinese police are legally entitled to deny people access to lawyers and legal representatives, paving the way for a greater possibility of persecution and torture.

Today, most major cities in Xinjiang province resemble a military garrison. China’s political and military vigilance and readiness to crush ethnic identities within Xinjiang has been on display for more than a decade.

Thousands of paramilitary troops can be found marching in parades and armored vehicles driving through the streets in Urumqi, the capital of Xinjiang. Similar illustrations of brute military presence also are visible in other prominent cities, including Kashgar and Hotan.

Designing the Uighurs Out of their Homeland

The common trend of political and social repression visible all across China remains intensely pronounced in Xinjiang. The Uighurs are desperately struggling for socio-cultural survival in the face of a massive influx of government-supported Han Chinese migration. As part of the migration, Uighurs are routinely denied access to economic opportunities in favor of the Han Chinese, and are simultaneously targeted with discriminatory education and social policies.

There is harsh repression of any form of dissent, however peaceful and law-abiding it may be.

Although China routinely denies that it is conducting any repression in Xinjiang, dozens of Uighur families have come out publicly with stories of their family members “disappearing mysteriously,” in addition to violent police raids on Uighur households. There are restrictions on Islamic practices, curbs on the culture and language of the Uighur community, forced handover of passports to local police, mass roundups, and round-the-clock patrols.

Strongarm Hollowing of the Uighur Culture

Incidents of sporadic protests by Uighurs seeking greater religious and cultural freedom are being met with rigorous crackdowns. The authorities then slap further restrictions on religious practices. Residents are further being forced to change their traditional Muslim names because China has prohibited them.

Restaurants run by Uighurs have been forced to offer alcohol and cigarettes to customers, public daytime eating during the holy fasting month of Ramadan is mandatory, and beards and headscarves have become suspect outright.

The arm of political subjugation was further strengthened when Chen Quanguo took over Xinjiang as the new Communist Party chief in 2016. Chen had become infamous for draconian security measures and hardline policies during his preceding tenure in Tibet. He replicated tactics used in Tibet, such as asking residents to hand over their passports to local police, opening up an extensive network of “convenience police stations” equipped with surveillance cameras, and stationing guards on round-the-clock patrols. These stations, in turn, can be converted into quick “checkpoints.”

In a bid to tighten its grip over the region, China has reportedly installed almost 40,000 surveillance cameras just in the capital city of Urumqi.

Why China Wants the Uighur Homeland

Xinjiang is China’s largest gas-producing region and also possesses abundant oil and mineral reserves. It remains critical to the economic and strategic ambitions of China. As many as 122 minerals have been discovered, several of them making for China’s largest reserves.

Besides, Xinjiang is China’s gateway to Central Asia, given that it shares 5,600 km of frontiers with Mongolia in the northeast; Russia, Kazakhstan, Kyrgyzstan and Tajikistan in the west; and Afghanistan, Pakistan, and India in the southwest.

The exploitation of mineral resources and opening up of the region for cotton production has brought a heavy influx of ethnic Han Chinese to the region, thus dramatically altering the province’s demography and ethnic balance.

Today, the Uighurs constitute 45% of Xinjiang’s population, with around 41% being Han Chinese — a gap that is rapidly diminishing. Resentment of government-sponsored migration of the Han Chinese population, restrictions on the religious and cultural practices of the Uighurs, and loss of land and rights have caused violence to intermittently erupt in the region.

The Chinese government perceptibly chooses to publicize the Uighur unrest in the harshest possible light, by picking and choosing sporadic incidents to report.

Beijing often attributes separatist motives to seemingly unrelated incidents of violence and protest. It has been observed that Chinese sources often lump together all Uighur separatist incidents, irrespective of whether they are violent or not.

The global anti-terror campaign has conveniently been channelized by Beijing to suit its domestic agenda: suppressing legitimate political dissent among China’s Muslim population, subduing and isolating them.

The issue of global terrorism and its gruesome fallout should not be allowed to be obfuscated and [mis]used as an excuse for human rights violations, ethnic cleansing and suppression of fundamental rights to religious and cultural autonomy.

The ongoing suppression of autonomy and identity in Xinjiang needs far greater attention by the global community. Unless the culture, language, religion, education, and work of the Uighurs and Tibetans are preserved, the exasperation and resentment against Beijing’s cold-blooded rule shall continue unceasingly.