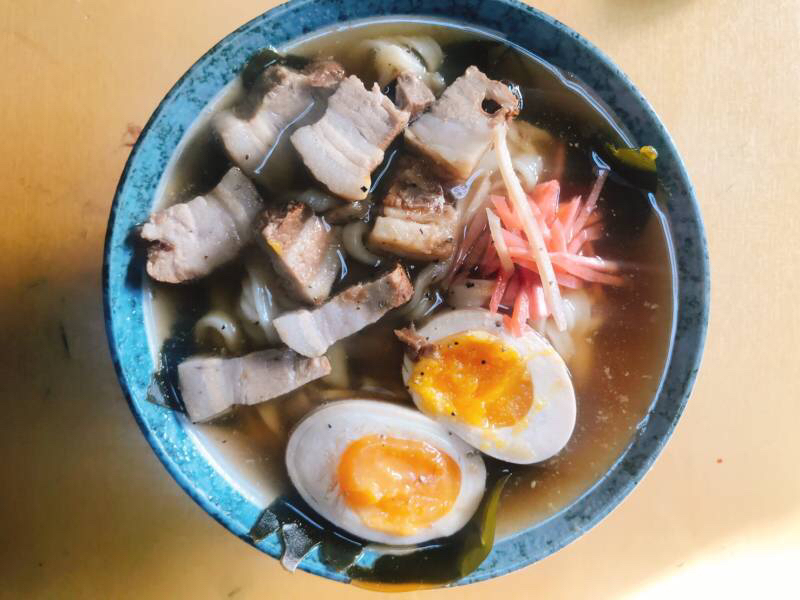 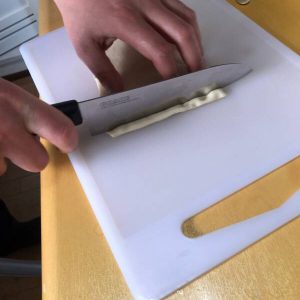 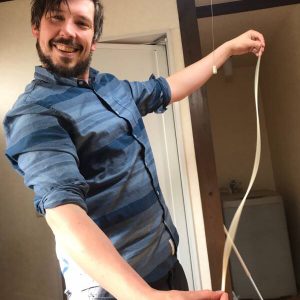 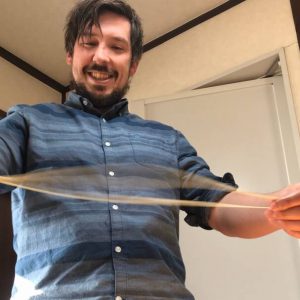 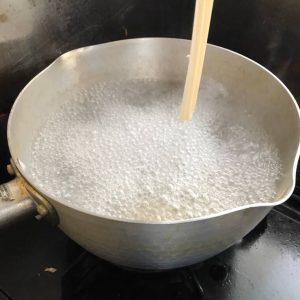 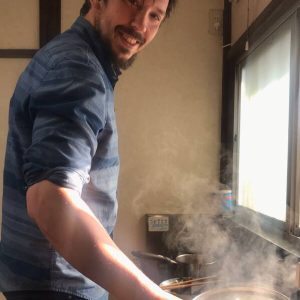 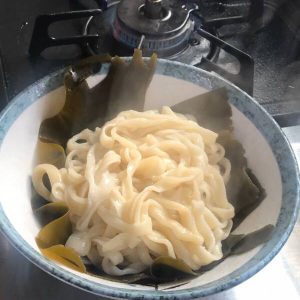 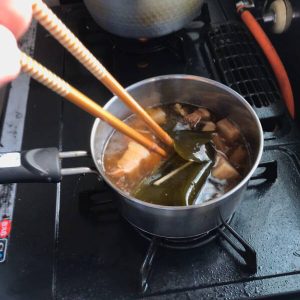 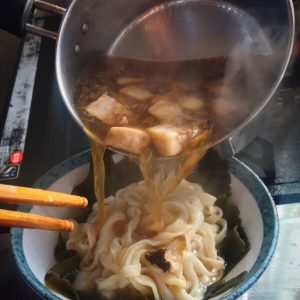 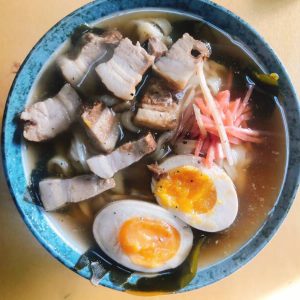 I had my first taste of Japan in 2011 when I moved to Fukuoka, Kyushu, to work as an eikaiwa (English conversation) teacher. And while no Kyushu danji (hyper-masculine Kyushu male) of the predominant stereotype, I still consider myself something of a Kyushu boy.

Living in Hakata (one of Fukuoka’s two main districts), I was in the home of tonkotsu ramen. My first taste of Japan was thus dominated by the smell of yatai (portable ramen stalls) and the moreish delights of noodles served in pork broth.

No night out was complete without a yatai stop on the way home.

Beyond the yatai, Fukuoka — like every other major (and minor!) conurbation in Japan — is filled with ramen shops of various sizes and repute.

For me, however, the best ramen is always to be found in the myriad nameless mise dotted around Japan’s train stations.

My all-time favorite meal — discounting fish-and-chips and my mum’s Sunday roast, of course — is the ramen + gyoza + white rice set commonly served in such establishments.

Given the culinary restrictions at play during these unprecedented times, I decided that it might be fun to have a pop at making ramen. From scratch. On my own.

I’m really not much of a chef. So, largely for comedic value, I also decided to film the undertaking.

Given my utter inexperience and lack of expertise, this proved, inevitably, a somewhat labored process.

However, it was also great fun. An immensely enjoyable task I never would have voluntarily opted in were it not for the current state of emergency. A silver lining, if you will.

This was an opportunity to learn the hidden secrets of a dish that has provided me innumerable delicious memories over the years. So, as if it were the final few sips of a bowl of tonkotsu ramen itself, I took the opportunity in both hands, and greedily drank my fill.

The Origins of Japanese Ramen

Apocryphally said to have first arrived in Japan in 1697 by way of an exiled Chinese scholar, the Japanese ramen can actually be historically traced to the opening of the Yokohama City port in 1859.

The first of what would evolve into contemporary Japan’s 24,000 specialized ramen restaurants then opened in Yokohama in 1910. The low-cost and speedy nature of the dish made it immensely popular amongst Japan’s newly urbanized working classes.

Immediately after the war, a poor rice harvest, alongside the occupation government’s assertive promotion of U.S. wheat imports, led to wheat-based foodstuffs such as ramen occupying an increasingly prominent role in the nation’s diet.

Then, in 1958, Nissin Foods founder, Momofuku Ando, began development of what would become a worldwide food sensation, instant ramen.

Besting the likes of karaoke and the Walkman, instant ramen has twice (2000 and 2015) been voted the Japanese innovation in which the public themselves take the most pride. (As someone who has consumed far more than their own fair share of Pot Noodles — Anglicized instant ramen — during my time as a student in the U.K., I can confirm that, yes, instant noodles are Japan’s greatest invention — far greater than Pikachu and pals, it must be said.)

Over the years, as ramen became ever more embedded within the culinary culture of Japan, regional varieties began to emerge.

And with Tokyo alone home to around 5,000 specialty ramen restaurants, not only Hakata (pork based) ramen, but Sapporo (miso), Muroran (curry), and numerous other regional styles of ramen have also become immensely popular.

Now the subject of its own specialized museum in Yokohama, in just over 160 years of history, ramen has — alongside the likes of sushi and tempura — become one of Japan’s most iconic dishes.

I recently moved apartments. You could, therefore, justifiably accuse me of being both unprepared and ill-equipped for the ramen-making process.

However, I managed to successfully locate an online recipe that would minimize the use of both specialized ingredients and gadgetry. With a shopping list in hand, I then made a quick visit to the local supermarket.

Instant ramen stocks were of course low. But, luckily, all the base ingredients necessary to make ramen were still available in abundance — including, funnily enough, the flour in such short supply back in the U.K. The quarantine baking craze has yet to fully take off here, apparently.

Back home that evening, I added dried shiitake mushrooms, kombu (kelp), and bonito (fish flakes) to some boiling chicken broth. This formed the umami (savory)-flavored dashi (soup) at the base of my homemade ramen.

I should mention here that as a Kyushu boy, my individual regional preference is always — when eating at least — Hakata tonkotsu (pork-based) ramen.

However, as anyone who has spent much time in Fukuoka can tell you, the process of broiling pigs feet down into a broth…well, quite frankly…it stinks. And I didn’t want to inflict that on my new neighbors.

The choice of a generic, I would say Tokyo (soy-based) plus shio (salt-based) mixed-style ramen recipe, thus eliminated the potential risk of any neighborly discord.

I then braised the chashu (pork belly) in tare, a marinade sauce made of soy, mirin (rice wine), cooking sake, a massive pile of sugar, green onions, garlic, and ginger.

Then, with the tare left over from braising the pork, I marinated my ni-tamago (soft boiled eggs — surely the tastiest of all ramen toppings), and refrigerated overnight. 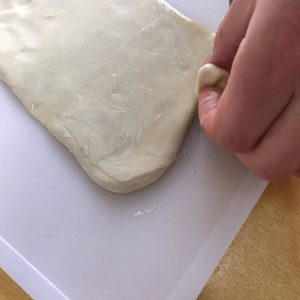 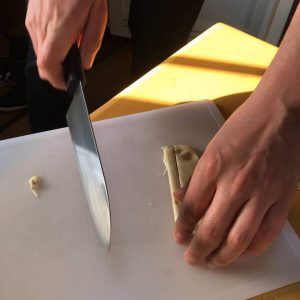 The next morning, I started in on the noodle-making process.

In actuality a rather simple procedure, the operation was nonetheless severely compromised by my lack of both a rolling pin and any sort of measuring apparatus.

I was therefore — shamefully, given the aforementioned lack of flour in the U.K. at present — required to take a few runs at the flour-to-water ratio before I came away with anything other than a sloppy, glutinous mess.

A stretchy but firm consistency finally achieved, I then improvized a rolling pin from a tubular hashi (chopsticks) holder, successfully rolling my dough into a flat, elongated circle.

After cooling the dough for several hours, I then cut my elongated circle into strips.

Stretching each individual strip out into long thin noodles, I then folded, stretched, and then folded each noodle over once again, before dropping it into boiling water.

Having failed to find a recipe that included homemade noodles rather than the shop-bought variety — which I had bought too, just in case — this traditional Chinese technique eliminated the need for the mechanical noodle cutters used in professional ramen restaurants.

Also missing the eggs most commonly added to the dough, my noodles were unorthodox, to say the least. Flat, too wide, and a little too soft, they were certainly a departure from the norm.

Regardless, once all the ingredients were combined, the results were delicious.

It had taken me two whole days to make my ramen. And I had put off eating until it was done. (Joke! Although I was extremely hungry by the time I had finished.)

I therefore ended up eating the whole thing in about two minutes flat, thus failing to take as much time as I perhaps should have to contemplate the fruits of my endeavor.

It’s all recorded on film, however. So, if you would like to see for yourself a first-time ramen maker stumbling through the process, please take a look!

It was a lot of fun. And, as mentioned, it was something I probably would never have done if it were not for the current situation.

So why not give ramen-making a go yourself? It will at least keep you occupied for a couple of days. And I’m sure that if I can do it, you most certainly can too.