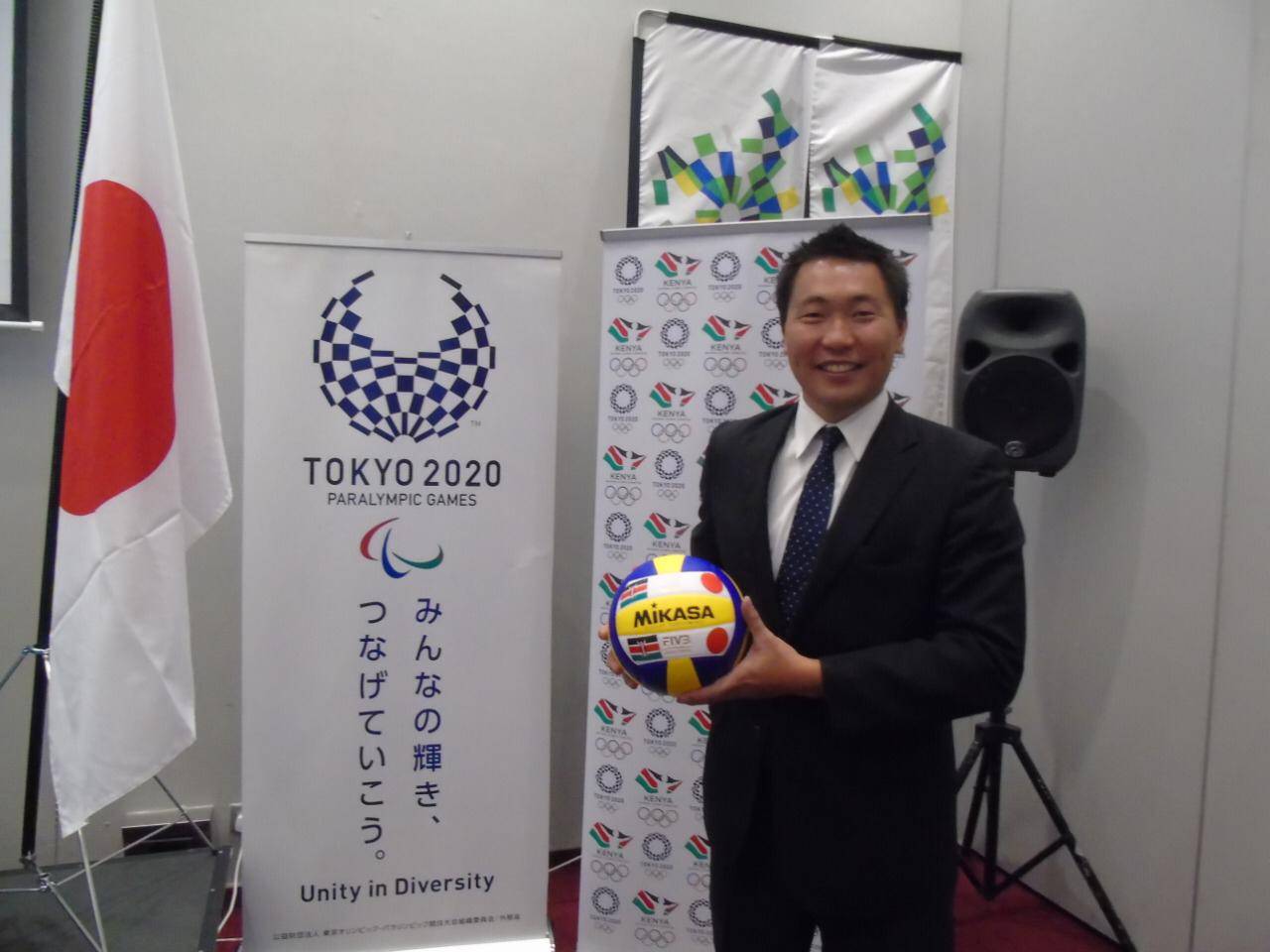 The COVID-19 pandemic continues to spread worldwide, and Shota Katagiri, a Japan Overseas Cooperation Volunteer (JOCV) of the Japan International Cooperation Agency (JICA), is one of many affected by the pandemic.

The 32-year-old had been instructing the Kenya women’s volleyball women’s national team, but was forced to return to Japan in late March in accordance with JICA’s policy.

Katagiri is currently communicating online with Kenya’s national team coach despite the great distance between them (11,000 kilometers), seeking a way to strengthen the team in anticipation of the Tokyo Olympics next summer.

In mid-March, when the first COVID-19 cases were reported in Kenya,  Katagiri was walking through Nairobi, the capital city. People shouted “China!” and “Corona!” and hurled stones at him.

“Kenyans can’t tell the difference between Chinese and Japanese people. I was very shocked when they shouted ‘Corona’ at me.”

As of May 17, according to Johns Hopkins University, Kenya has had 830 coronavirus cases and 50 deaths. A night curfew and a ban on inter-city travel has been imposed, meaning the volleyball team cannot practice as usual.

Coach Takes on the Challenge from Yamagata

Katagiri became the Kenya women’s national volleyball team coach in May 2019 and focused on providing knowledge on physical training and analysis.

His efforts paid off when Kenya won the African qualifier and secured a place at the Tokyo Olympics. The team, which had last competed in the Rio de Janeiro Olympics three games ago, had just started their final push of training for their third-ever Olympics.

In response to the COVID-19 outbreak, JICA instructed all 2,073 JOCV members assigned across 76 countries to return to Japan. Katagiri has been keeping in touch with head coach Paul Bitok online from his parents’ home in Yamagata Prefecture.

“The current situation might last for half a year,” says the University of Yamanashi (Faculty of Education and Human Sciences) graduate.

He added: “We cannot fight long-term battles if we think of it as persevering. Instead, we need to learn to adapt and work hard in ways that do not accumulate stress.”

Team members have been striving to train themselves individually, like running and strength training.

“First, I try to retain their enthusiasm toward voluntary training,” says Katagiri.

When he watches training videos sent to him and spots imperfections in a player’s technique, he refrains from pointing it out. He is concerned that, unlike face-to-face communication, long-distance communication using English phrases might fail to convey nuance and emotion, causing misunderstanding. 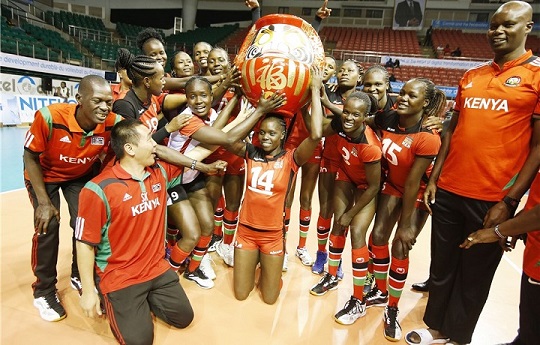 Katagiri plans on improving their remote training program. He is exploring better methods, like using a ball for individual practice, or using a web conferencing system for interactive training. Fleeting thoughts of the worst-case scenario—the cancellation of the Tokyo Olympics—have not dampened his determination to forge ahead.

“I believe that I will be able to return to Kenya,”Katagiri concludes. “If the players and I can reap benefits together for the team while we are apart, things will be totally different when we meet again.”

Born in 1987 in Sagae, Yamagata Prefecture. He competed in the National High School Sports Festival and the National High School Volleyball Championships while studying at Yamagata Minami High School. After graduating from the University of Yamanashi (Faculty of Education and Human Sciences), he was assigned to Uganda as a Japan Overseas Cooperation Volunteer (JOCV) from 2010 for two years. He played for one of the best local volleyball clubs while teaching mathematics and physical education at an elementary school. After working at a trading company and teaching volleyball in Japan and New York, he applied again to become a JOCV and had been working in Kenya since April 2019.

Shoji Takarada is a staff writer of the Sankei Shimbun Sports News Department.