A New Era for Food: The Potential Benefits of Gene-edited Foods 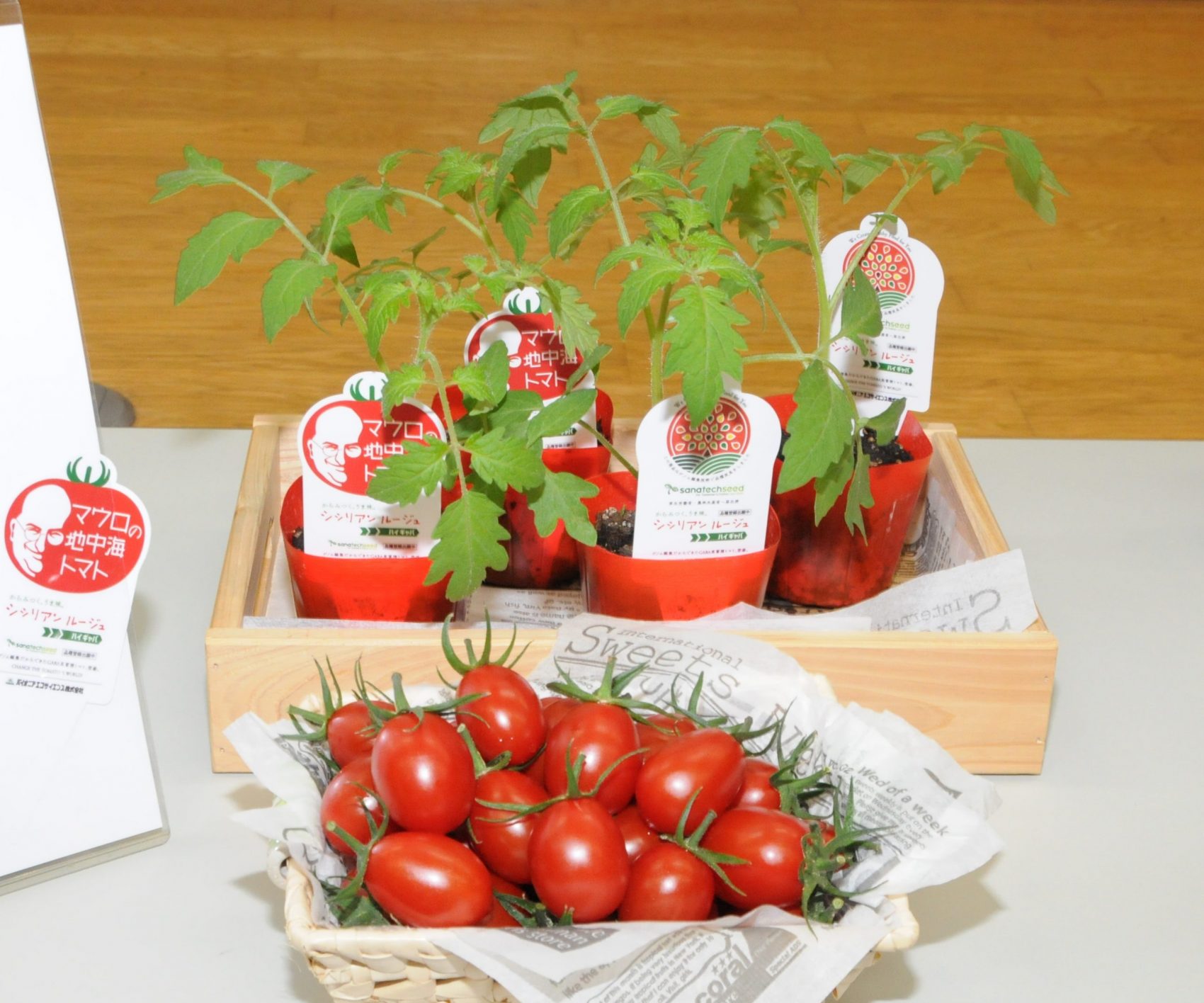 This month marks the start of shipments of tomatoes that control high blood pressure, the first gene-edited food to be approved by the Japanese government for distribution and sale.

Gene-editing technology allows the genome (total genetic material of an organism), the blueprint of life, to be altered at will. Research and development is underway on a wide variety of gene-edited foods that improve the quality and productivity of edible plants and animals, and the dawn of a new era in food is near.

Consumer understanding is the key to widespread acceptance of these foods. This article explores the possibilities and challenges of the coming new era of food.

Tomatoes that can Lower Blood Pressure

Japan’s first gene-edited food is a tomato that contains four to five times more GABA, a substance reported to be effective in controlling high blood pressure and alleviating stress, than a conventional tomato.

It was jointly developed by the venture capital firm Sanatech Seed (Minato-ku, Tokyo), and the University of Tsukuba using a gene-editing technology called CRISPR-Cas9 to disrupt genes that suppress the production of GABA.

In December last year, an investigative committee of the Ministry of Health, Labor and Welfare confirmed that the tomato is not a “genetically modified food”, or a food into which new genes have been introduced, and that it produces no substances harmful to the human body.

When the company put out a call for monitors offering free seedlings to grow in home vegetable gardens, it received about 5,000 applications by the late-February deadline and began shipping out the plants on the 11th of May.

Although there is no labeling requirement, the seedlings are being clearly labeled as using gene-editing technology to see how consumers will respond. Starting in autumn 2021, the tomatoes will be cultivated by contracted farmers. Sanatech Seed plans to start selling tomato puree on its website by the end of the year, followed by tomato fruits and seedlings from next spring.

The company has started taking orders for the tomato puree and has already received hundreds of pre-orders.

Sanatech President, Shinpei Takeshita, commented, “We hope that many people will learn about our great product and that it will help improve the quality of their lives.”

A Wide Array of Research in Japan and Around the World

The world’s first gene-edited food to be commercialized is an oil made from soybeans with enhanced oleic acid content that is sold in the United States. The blood pressure-reducing tomato will be the second. However, foundational research on other foods that could prove useful to society is actively underway, both in Japan and abroad.

The National Institute of Advanced Industrial Science and Technology (AIST) has deleted the portion of the chicken genome that produces the protein linked to egg allergies. Research is underway on the production of hypoallergenic eggs.

Osaka University is working to modify the genes of potatoes to stop the accumulation of toxins produced naturally by potatoes, such as solanine, to contribute to the prevention of food poisoning.

Increasing yield is also an important issue. The National Agriculture and Food Research Organization (NARO) is currently using gene-editing to develop a rice variety that produces a higher number and larger size of grains on stalks, potentially altering the staple food of the Japanese people.

In addition, Kinki University and Kyoto University have created a red sea bream with bigger edible parts. By deleting the gene that inhibits the development of muscle, the edible part of the fish was made 1.25 times that of a normal fish, even though the growth period and the amount of feed were the same. They are aiming to commercialize as soon as possible.

The Fisheries Research and Education Agency is working to develop tuna that are docile and easy to raise. Tuna, which swim at high speed, are sensitive to light and are often startled, causing them to crash into other fish or nets, so the agency is working on weakening their sensitivity.

The University of Missouri is also working on pigs that are less susceptible to contagious viruses and require less work to raise.

Challenge Gaining the Understanding of the General Public Remains a Challenge

DNA, which contains genetic information coded in the sequence of four types of nucleotide bases, can be modified using gene-editing technology as freely as if it were being cut with scissors. Unlike genetic modification, which introduces new genes from another organism, gene-editing of food is limited to changes that can occur in the natural environment, such as cutting DNA to render genes inoperable or to cause a mutation.

In addition, while genetic modification depends largely on chance as to where the introduced gene will be placed in the DNA, gene-editing can modify the targeted gene with near precision. Initially, precision was inadequate. But after CRISPR-Cas9 was invented by Jennifer Doudna of the United States and Emmanuelle Charpentier of France in 2012, accuracy improved dramatically. They were awarded the Nobel Prize in Chemistry last year for their work.

Nevertheless, consumer understanding of gene-edited foods remains limited. One researcher lamented, “Although mutations are the same as what might occur in the natural world, many people ask whether it may disturb the ecosystem or be bad for the body.”

Sanatech Seed President Takeshita noted, “Gene-edited food is still a new field, so gaining the understanding of consumers is difficult. We will persist in explaining that it is safe and contributes greatly to health.”

RELATED: Genome-edited Food for Crops, Fish ‘At a Breakthrough Point in Japan’s Agriculture’