A Reminder from Montaigne: Keep the Statues, and Remember Their Lessons 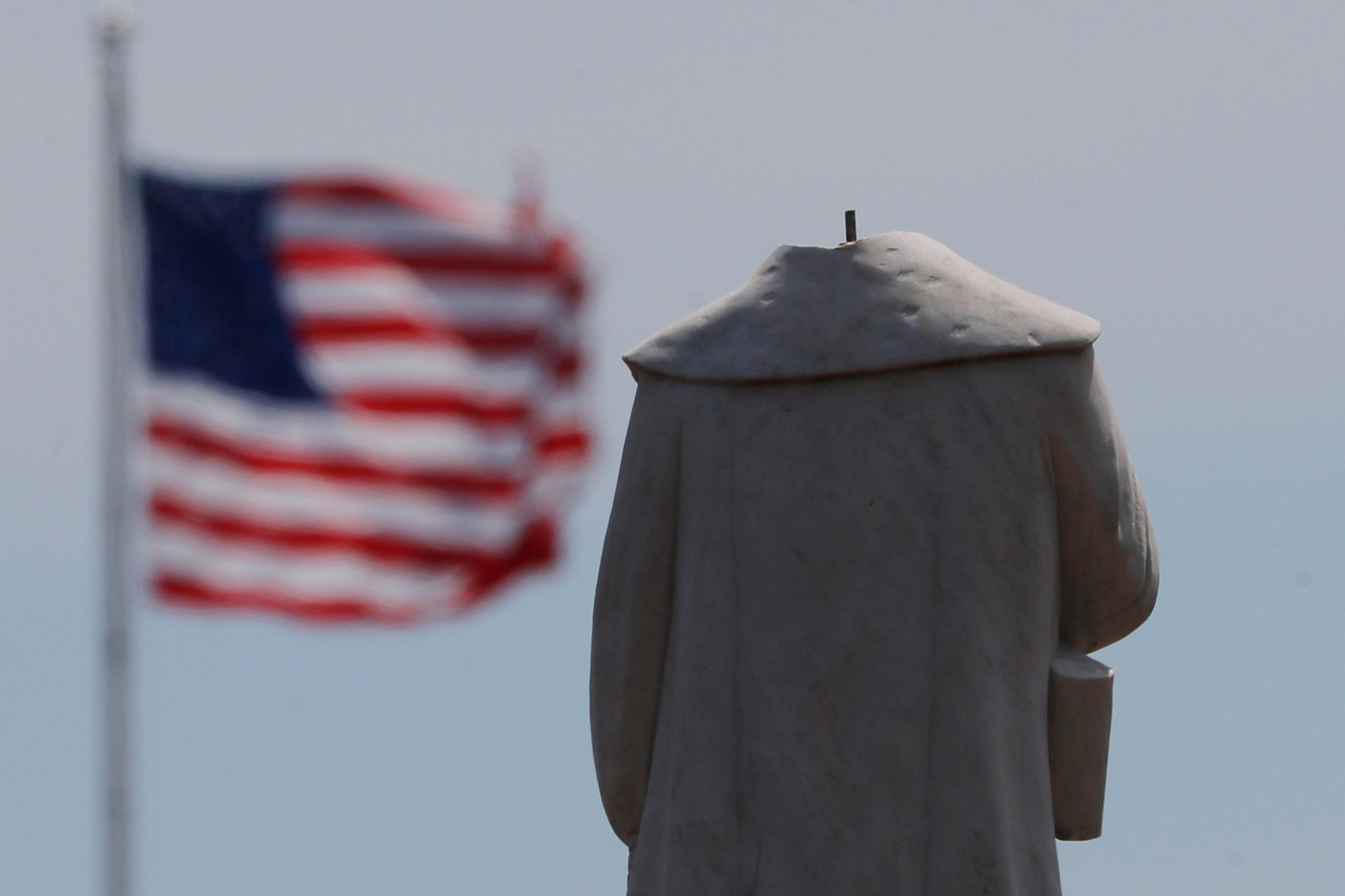 I recently reread a short column by the late Washington Post humorist Art Buchwald, entitled “Who Discovered Columbus?” It was published in his 1977 book Down the Seine and up the Potomac.

The column speculates that identifying the Native American who discovered Columbus has been an ongoing pursuit of American historians since the founding of the nation (a downright fabrication).

The article is spectacular for the irony brought to this flip-flopped way of looking at history. I wonder if any Japanese columnists have ever written “Who Discovered Perry?”

Buchwald describes that first exchange in 1492 as follows: Columbus, upon arriving in the “new world,” encounters the Chief of the White Hawks tribe. The Chief, seeing Columbus’ skin color, calls him “White Father,” and Columbus calls the Chief, “Indian.”

“What did you call me?” the Chief asks Columbus, and Columbus replies, “Indian. I promised Queen Isabella I’d find a new route to the East Indies. Therefore, you’re an Indian.”

Columbus haughtily prattles on, “I hereby take this island and all islands north, south, east, and west of it, in the name of the Queen of Spain.” The Chief stares at Columbus and asks, “Are you some kind of a nut?”

The exchange continues. In response to the Chief’s assertion, “We don’t want to be Spanish,” Columbus attempts to placate, saying: “Indian, we are your friends. We are going to help you…give you guns and armor so you can protect yourselves and be free.”

The Chief responds, “But, White Father, we are free.”

What a case of uninvited meddling!

While the above is Buchwald’s fiction, there is no doubt that America’s history began in a similar fashion. It began with an act of supreme arrogance, followed by placation, intimidation, and finally violence. Japanese people are certainly reminded of our own contemporary history and the turmoil following the 1853 arrival of the Black Ships.

Perhaps many Americans would argue that their history began when they fled the religious persecution of the Stuart Dynasty in England and immigrated to North America on the Mayflower, building their colony in Plymouth in search of freedom of religion. However, I would argue that it was this celebrated “frontier spirit” that was employed to seize the land and enslave people of color.

Judging Both the Good and Evil of History

Last May 25 in Minneapolis, Minnesota, a black man, 46, died after being held down with a knee on his neck by a white police officer. The incident sparked protests around the United Sates over racial discrimination and police violence.

Some protestors, attributing racism in the U.S. to the cruel acts of Columbus, have begun tearing down his statues. The first was in Richmond, Virginia. A statue was toppled and thrown in a nearby pond. Next was a statue in Saint Paul, Minnesota, which was hooked with a wire and pulled down from its pedestal. Again, in Boston, Massachusetts, someone broke the head off a Columbus statue. Another came down in Baltimore, Maryland.

The movement has spread like wildfire. In Antwerp, Belgium, a statue of King Leopold II, who colonized the Congo and enforced brutal policies on the local people from the late 19th century to early 20th century, was removed.

When I hear about these incidents in the news, I cannot help but wonder why people keep committing such foolish acts. Nothing is more uncontrollable than people obsessed with “justice.” When people become fanatical, their already narrow point of view becomes even narrower, as they arrogantly try to play god and judge people and history. Those who found Japan guilty in the Tokyo War Crimes Trials were doing the same.

The people destroying Columbus statues in the name of “justice” are unable to imagine why their forefathers built those statues.

Undoubtedly, Columbus was up to no good in the “new world.” This is a fact. But can we not admire him for bravely risking his life to cross the Atlantic in search of India?

History weaves people together and must be judged based on acceptance of both good and evil. Finding fault with only the bad parts and trying to wipe them out is inexcusable.

Remember — So As Never to Repeat

Denying the evil and destroying historic sites amounts to what American historians call “historical revisionism,” a term they use to criticize and deride the claims of conservative Japanese historians.

In Book 1, Chapter 30, of Of Cannibals, the author Michel de Montaigne addresses those who looked down on native peoples in the “new world” and regarded them as barbarians, as follows:

I find that there is nothing barbarous and savage in this nation, by anything that I can gather, excepting, that every one gives the title of barbarism to everything that is not in use in his own country. As, indeed, we have no other level of truth and reason than the example and idea of the opinions and customs of the place wherein we live: there is always the perfect religion, there the perfect government, there the most exact and accomplished usage of all things.

It is easy for us to forget this and attempt to judge the past by the values of the present day. This is nothing but arrogance.

Americans of European descent should preserve these statues of Columbus with care, lest they forget not only his bravery in crossing the Atlantic, but also the atrocities committed by him and their forebearers. I propose that plaques engraved with the following words be placed at the feet of Columbus statues:

We shall never repeat our mistakes.

(Click here to read the essay in its original Japanese.)

Satoshi Kuwahara is a senior writer with the Sankei Shimbun, Culture News Section.