Lessons for Japan from How India Dealt with China 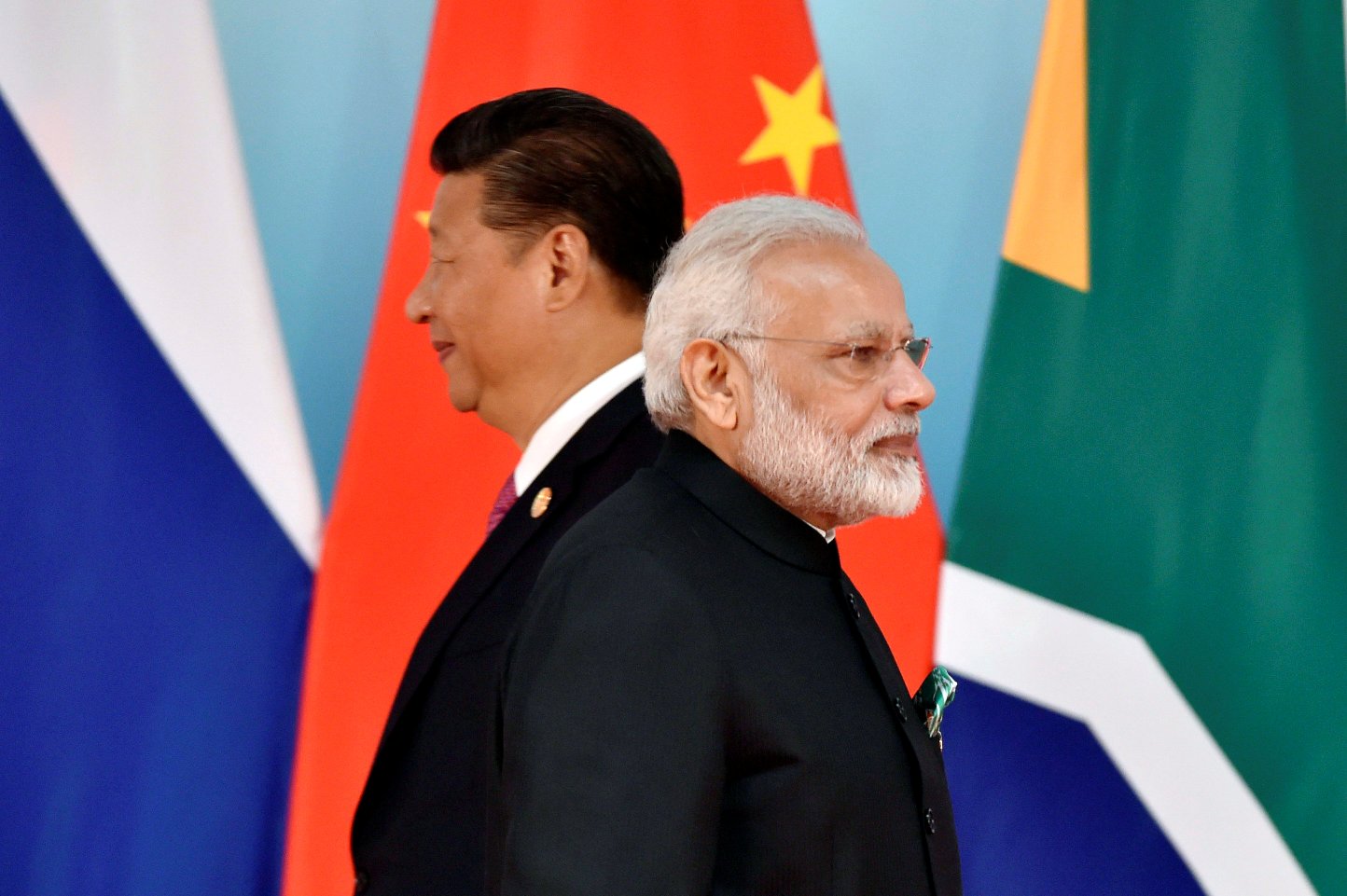 They say, you can’t choose your neighbors. That applies to all countries, including Japan. In recent times, the island nation of Japan has had to contend with a series of challenges in its neighborhood, and one of the biggest has been from China, especially under President Xi Jinping.

Japan’s worries have been compounded by the fact that, while on the security front it faces challenges from China, on the economic front its total bilateral trade with China in 2019 stood at around ¥33.14 trillion JPY ($309.23 billion USD).

However, in the recent months, Japan’s options vis-à-vis China have been constricted by a host of factors.

Second, the recent promulgation of a new security law in Hong Kong has brought to the forefront the issue of freedom and democracy in Hong Kong. However, that has put many nations like Japan in a bind as they seek to balance their ties with Hong Kong and those with China. For Tokyo, this problem is derived from its duty as a responsible member of the international community, especially as a member of the G7.

Third, Tokyo has to contend with the proposed visit of Chinese President Xi to Japan, which was postponed earlier this year due to the coronavirus outbreak. At the same time, there have been repeated transgressions from China into the territorial waters around the Japanese-held Senkaku islands. Recently, the Ishigaki City assembly passed a bill to rename an administrative area covering the Senkaku islands, to which China has already objected.

Fourth, Japan seems to be caught between the devil and deep blue sea.  While Prime Minister Shinzo Abe has been able to develop a very cordial relationship with the United States President Donald Trump, that hasn’t prevented the Trump administration from taking aim at Japan on the trade front. The maverick nature of the U.S. president deeply worries Japan, as has been seen in the case of his talks with the North Korean strongman, Kim Jong Un, where Japan has largely been left out of the equation.

Fifth, Prime Minister Abe had tried his best to work out ties with Russia, but it hasn’t quite worked out. Closer ties with Russia could have been a kind of a balancer vis-à-vis Japan’s ties with China. But President Vladimir Putin has refrained from any bargain on the Northern Territories, which consist of the four islands of Etorofu, Kunashiri, Shikotan, and Habomai in Northern Japan.

Tokyo does not have the luxury of many options on its hands. China is an important factor in its calculations vis-à-vis North Korea, and annoying China means that it will lose a lever of influence over Pyongyang. In addition, Japan’s ties with its neighbor South Korea have also deteriorated over a host of issues, including some from the historical arena.

As things stand, the combination of issues presents quite a few challenges for Prime Minister Abe. However, he has deftly maneuvered between such challenges in the past too, particularly since he took over for a second term in December 2012.

Initially, he too had started on a different note by visiting in December 2013 the Yasukuni Shrine in Tokyo, which is believed to house the souls of those who died in war. But, as time wore on, he has mellowed down his tone on China.

In October 2018, he became the first Japanese prime minister in nearly seven years to visit China. This was on the occasion of the 40th anniversary of the signing of the Treaty of Peace and Friendship between Japan and China.

The recent Sino-Indian tensions represent a good test case for Sino-Japan relations as well. India and China have now agreed to disengage after a bout of intense fighting, which has led to casualties on both sides.

China has agreed to pull back because of a host of factors. India had responded to China’s deceit by blocking Chinese apps like Tiktok and 58 others. This suggests that a good strategy might be one that hurts China where it hurts the most — in the field of economy. This is something for Japan to learn.

New Delhi had also indicated that it will look again into many of the tenders received from Chinese companies in the infrastructure sector.

During this crisis, strong statements from countries like the U.S. were very helpful. While it is important to note that the U.S. has a strategic alliance with Japan, it would also be useful for Tokyo to work out back channels with countries like India, Australia, Canada, and others should China-Japan ties take a turn for the worse.

Finally, it is important for Japan to understand that there is a method to China’s madness ― that is, to grab territory (both on land as well as at sea) without fighting. However, when it is faced with a strong resistance (as in the case of the recent clashes with India), it tends to stop in its tracks.

It is also important to understand that the People’s Liberation Army never disclosed the number of Chinese casualties during the border clashes. This suggests that if the PLA suffers casualties, Beijing is on the backfoot domestically, and that is its weak point.

In contrast, India, being a democratic country, identified and honored the soldiers who perished in these clashes.

Japan could take home many lessons from the recent Indian experience vis-à-vis China. Though Japan does not share a land border with China, still, forewarned is forearmed.

Dr Rupakjyoti Borah is an associate professor at India’s Sharda University. His forthcoming book is The Strategic Relations between India, the United States and Japan in the Indo-Pacific: When Three is Not a Crowd. He has authored two other books. He has been a visiting fellow at the University of Cambridge, the Japan Institute of International Affairs (JIIA), and the Australian National University. The views expressed here are personal.