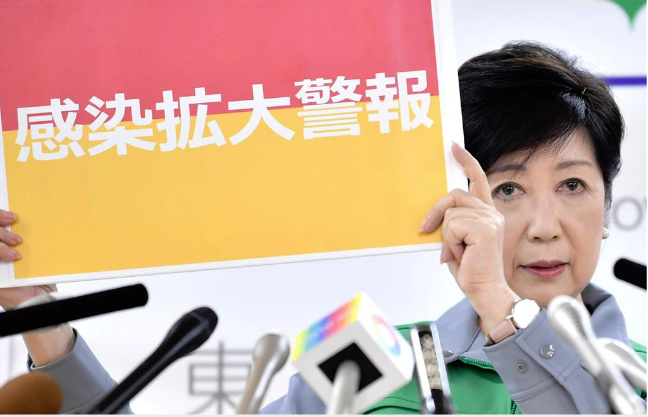 On July 12, the Japanese Ministry of Land, Infrastructure and Tourism fleshed out the details of unprecedented measures to promote domestic tourism called the “Go To” Campaign.

The campaign would start July 22, according to the announcement, and, under certain conditions, those traveling inside Japan would be eligible for reimbursement of half of their travel costs, for a maximum total of ¥ 20,000 JPY per person per night.

The campaign was pulled together in all haste to launch in time for the four-day weekend set to start on July 23. It covers various aspects of travel costs from the start date until spring 2021.

However, although everyone is tired of the necessary virus avoidance measures required by COVID-19 and impatient to be returning to their normal lives, the announcement invited widespread opposition.

News of the government’s decision brought strong opposition online, causing even the hashtag #CancelTheGoToCampaign (#GoToキャンペーンを中止してください) to trend on Twitter. The hashtag gathered more than 165,000 tweets in one hour on July 14.

Many voiced concerns that the risk of a contagion across the country was too great to encourage people to travel from urban areas to other parts of the country.

According to a poll currently being carried out on Yahoo News, with more than 170,000 votes having been registered as of the evening of July 15, over 90% of respondents were in favor of delaying the “Go To” campaign.

The sentiment was reflected in the comments of many prefectural governors, who expressed concern for their local communities.

Soichiro Miyashita, the mayor of Mutsu City in Aomori Prefecture, made headlines for his strong statement calling the government to stop the campaign. “If there is a spread in the contagion following the [Go To] campaign, the government will be responsible for a man-made calamity,” he said.

Concern about the rising number of infections in the Tokyo area is one reason fueling the strong sentiment of many local governors.

Shizuoka Prefecture Governor Heita Kawakatsu clearly asked the people of Tokyo on July 14 “not to come to the area if possible.”

Yamagata Prefecture Governor Mieko Yoshimura expressed similar sentiments on July 14: “Considering the recent situation of infection in the Tokyo metropolitan area and the recent disaster associated with heavy rain, I wonder whether this is a good time to start the campaign all over Japan.”

This comes after Yamagata Prefecture recently registered two new cases of COVID-19, both of which were tied to  someone who had either come from or briefly visited the greater Tokyo metropolitan area.

The Worrying Situation in Tokyo

Recent daily numbers of new COVID-19 patients in Tokyo and surrounding areas are driving the concern, and for good reason.

Following a period with daily new cases in the low double digits, Tokyo saw a rapid rise in cases as businesses began to resume. Between July 9 and July 12, Tokyo registered more than 200 new cases per day, and since then the number has stayed consistently over 100 new patients daily.

On July 15, Tokyo reported 165 new cases, adding up to more than 1,200 new cases in total over the preceding 7-day period. The most recent development was that on July 16 the number is expected to be closer to 280 patients, making it the highest recorded number thus far. More worrisome still: for a large portion of the causes, the route of infection is unknown.

A recent worrying incident in the first week of July involved a theater in Shinjuku Ward, a neighborhood famous for its nighttime entertainment. A cluster of nearly 30 people was discovered following a six-day-long theatrical performance at the end of June and beginning of July, attended by about 800 with a staff of about 50 on site, all of whom are considered at risk and undergoing PCR testing. The cluster occurred despite precautions taken by the venue, such as seating at half capacity, encouraging face masks and disinfecting the hands of patrons and staff.

Tokyo has since set up a special committee to monitor the situation, and on July 15 Tokyo Governor Yuriko Koike announced that the metropolitan government was raising the level of alert to the highest on the four-level scale. The alert level follows confirmation that the virus was spreading in the city.

According to analysis by experts, should the number of cases continue to increase at this rate, Tokyo could see an increase of 16 times in the next four weeks.

In an emergency press conference on July 15, Governor Koike mapped out the metropolitan government’s plan of action going forward to tackle the crisis. Key points include increased PCR testing and pinpoint crisis management at the local level.

In a press conference the same day, Tokyo Medical Association chairman Haruo Ozaki appealed to those living in Tokyo not to make use of the Go To Campaign and not to travel. Using the slogan “Not Go To Campaign,” he voiced the concern that “this might be a second wave of infection,” appealing to everyone to be cautious in their behavior.

Many local businesses around the country are in a bit of a conundrum as to how to keep economically afloat while avoiding the risk of infection.

A local businessman in Mie Prefecture who spoke to FNN online summarized the contradictory feelings about bookings flooding in from Tokyoites: “At first I felt slightly happy. Then time passed, and I started thinking how complicated the situation is. On the one hand, I want people to come; on the other, if it’s too crowded I worry about what will happen.”

The complexity of concerns is amplified by the significant economic hit on the tourism industry overall.

According to a report in The Sankei Shimbun, small cities and businesses sustained by tourism are the ones most affected. Small to medium-sized businesses normally have savings of a couple of months’ income, maximum. The government has set up various grants to help struggling businesses, but the question remains how these businesses will manage to stay afloat after the grants dry up.

The situation of one small city in Hokkaido called Furano, normally famous for its lavender fields, illustrates the problem. It has seen a drop of more than 80% in tourist business in the recent period.

A representative of the Furano City Tourism Association expressed the community’s concern if tourists don’t return: “If people don’t come back, it’s going to become a very difficult situation.”

Go To Campaign Going On As Planned?

The national government’s position was expressed clearly on July 12 by Minister of Economic Revitalization Yasutoshi Nishimura, who said in a Cabinet meeting that the campaign would “Go on as scheduled.”

Chief Cabinet Secretary Yoshihide Suga, in a daily press briefing on July 14, confirmed to journalists that the government “was not planning to postpone the campaign.”

Prime Minister Shinzo Abe echoed this sentiment on July 15, while also acknowledging public concern, by saying, “We will monitor the situation closely.”

In the meantime, opposition parties, including the Constitutional Democratic Party, proposed a delay in the Go To Campaign on July 15. Among the reasons cited by the leaders were the concerns of local governors and the fact that it was not necessary to hold the promotion at this point in time.

Are There Other Options?

In the sea of opinions that has emerged, there are also those that have suggested a middle ground view on starting the campaign, including some conditions.

Osaka Governor Hirofumi Yoshimura expressed his opinion that large cities could be excluded from the campaign, saying: “I think that this shouldn’t take place in the whole country at the same time.”

Osaka also has cause for worry, as it reported 61 new COVID-19 patients on July 15.

There are those who point out that, should the large cities like Tokyo and Osaka be excluded, the campaign will fail to have an economic impact — especially in the farther reaches of the country, like Kyushu.

Yoshitaro Iwazaki, head of the Kagoshima Chamber of Commerce, spoke to the Asahi Shimbun, pointing out that, should the campaign not be aimed at people from large cities such as Tokyo, there would be little benefit on a local level. “Those from large metropolitan areas are those who spend most money in rural destinations.”

Antibody Testing for Everyone Who Travels

On July 14, Osaka Mayor Ichiro Matsui suggested that one option to make everyone feel at ease would be to set up antibody testing before departure for all those who wanted to travel.

Some other netizens raised questions as to whether the Go To Campaign would really have an effect on the spread of infection. One theory is that the travel itself should not be a worry. Rather, as the summer holiday often coincides with those in cities visiting their families in the countryside, intra-family contagion should be the concern — and that has little to do with discounted hotel fees.

In some ways the heated debate lends hope that despite “corona fatigue,” many are taking the COVID-19 situation seriously, and seeking to keep everyone safe and healthy.

Whatever people decide to do for the summer holidays, the hope is that everyone will stay safe and take the necessary precautions to avoid spreading the virus.