A Vanishing Culture: Japan’s Ainu People are Finally Getting a National Museum – But will Visitors Come? 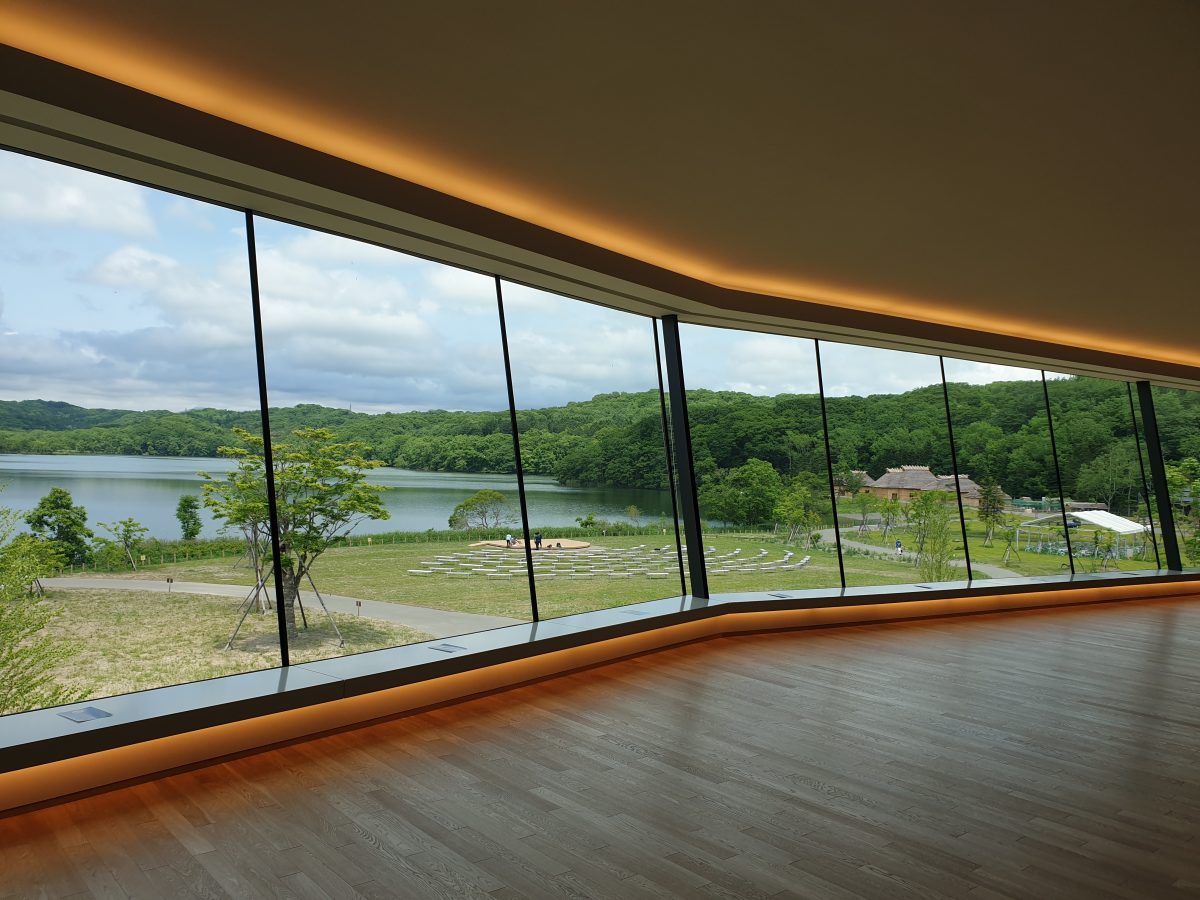 Nagao Ryou does not remember his school days too fondly. “I was mocked for my bushy eyebrows and sharp features,” recalls the 19-year-old student. Ryou is of Ainu descent, native people of Hokkaido, Japan’s northernmost prefecture. Nobody really knows how many Ainu people still exist in Japan: Estimates range widely, from 25.000 to 200.000.

When Hokkaido, Japan’s last frontier, was developed in earnest at the end of the 19th century, the Ainu found themselves on the wrong side of history. Seen as benighted and backward, they were forced off their land, forbidden to hunt and fish, speak the Ainu language and practice their religion and customs.

The decline was fast and steep. Yukie Chiri, a young Ainu woman and poet lamented the fate of her tribe: “A dying people. That is our name.” Chiri was born in 1903 in Noboribetsu, a small town in Hokkaido now famous for its hot springs.

Some 20 kilometre eastward, in Shiraoi, a new museum dedicated to the Ainu is hoping to revive the culture that Chiri was trying to save through her poems. Delayed due to the coronavirus pandemic, Upopoy, the National Ainu museum, is finally set to open its doors to the public on July 12.

It is an important step for the community. The tiny fishing town of Shiraoi is anticipating something big. At the train station, new signs have been placed. Outside, a group of women is busy planting marigold flowers in straight lines like soldiers waiting for the parade. Upopoy is Japan's first national museum dedicated to an indigenous group and, safe to say, it's only national museum in a town with less than 18.000 inhabitants. 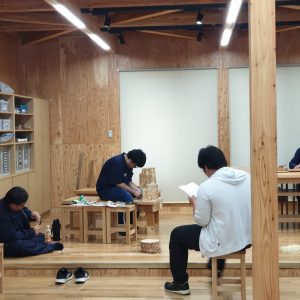 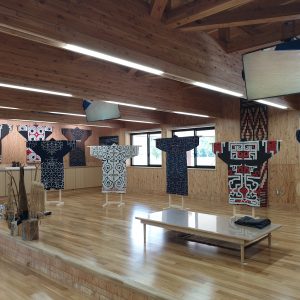 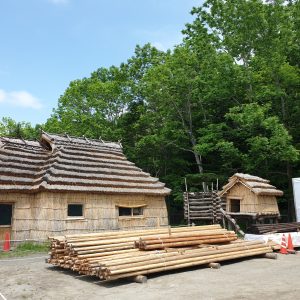 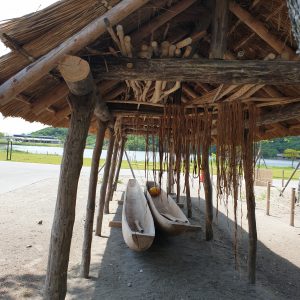 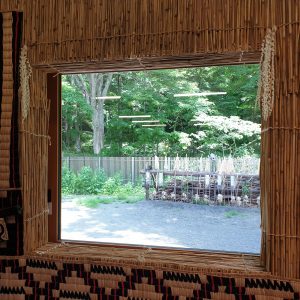 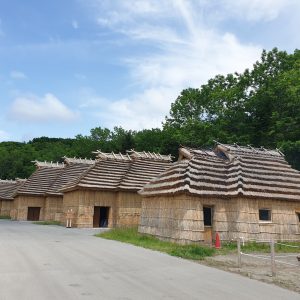 Upopoy's public relations officer Rinya Saijou is confident that the Ainu museum and park will attract 1 million visitors per year. It seems somewhat optimistic, given that the Tokyo National museum, one of the biggest museums in the world, receives around two million visitors.

Before the coronavirus pandemic disrupted international travel and tourism, Saijou and his Chinese assistant had been counting on visitors from other parts of Asia. This year they will get mainly Hokkaido students on school trips.

Upopoy’s setting is splendid. The complex on the shores of Lake Poroto sits in the midst of lush green forests with Mount Tarumae, an active volcano, in the background. Apart from the museum, the complex includes the replica of an Ainu village, activity centers and a site for Ainu memorial services.

Upopoy means “singing together” in the Ainu language – a language that has less than a handful of speakers left. The museum, officially named Symbolic Space for Ethnic Harmony and built at a cost of more than 20 billion JPY ($186.5 million USD), was meant to be ready for the Tokyo 2020 summer Olympicsー now postponed to next year.

"The main point of the museum is to show the culture of the Ainu," explains Saijou from Upopoy. The present exhibition features around 700 historic Ainu artefacts, grouped around six broad themes that explore Ainu life. There are hunting tools, weaving equipment, costumes and garments, boots from salmon skin, household goods, mats woven from water plants, mouth harps, ceremonial items, and a stuffed bear cub with ornaments.

Visitors can listen to Ainu tales to get a glimpse of a lost world where spirits dwelt in every single thing, and the floating world rested on the back of a giant fish.

The museum also features a theater and a library. Outside the museum, traditional songs and dances will be performed on an outdoor stage in the park overlooking the lake. There is a replica of a Kotan, a traditional Ainu village with thatched houses, and a small garden where vegetables and plants grow that the Ainu people used for food and medicine.

Visitors will have a chance to try out traditional wood carving, embroidery of traditional Ainu patterns and cooking Ainu food. 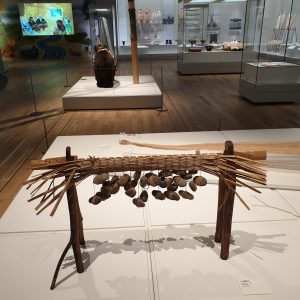 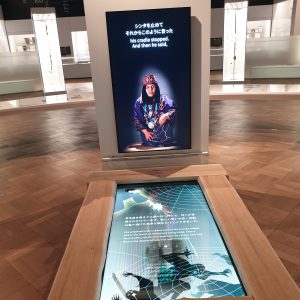 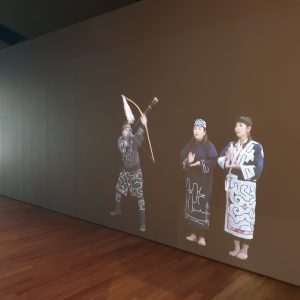 Building a national museum for Ainu people marks an important departure from the long-held image of Japan as a racially homogeneous nation. While some Japanese people still feel strongly about a national identity based on ethnic and cultural purity, social change is underway. With mixed marriages now making up around three percent of all registered marriages in Japan, people of mixed heritage are becoming more common.

Tennis player Naomi Osaka, whose father is Jamaican, or TV-presenter Christel Takigawa who is half French, are giving a new understanding of what it means to be Japanese. Japan's national identity is not as clear cut as it was 20 or 30 years ago.

An increasingly diverse Japan has made it easier to accept the presence of Ainu people. In 2008, Japan officially recognized the Ainu as "an indigenous people with a distinct language, religion and culture."

Educational efforts to enlighten the Japan public about the history and culture of Ainu has been going on for some time, but nothing has been more successful in popularizing Ainu culture than the manga series "Golden Kamuy" (ゴールデンカムイ). The story´s main characters are Ainu, and sometimes even speak in the Ainu language.

"Golden Kamuy" has gained fans around the world. The series has sold ten million copies and was made into an anime for television.

While it has become easier for the younger Ainu generation to embrace its heritage, challenges remain. For one, it is still hard to define who is of Ainu descent.

In the past, the Japanese government adopted a strict assimilation policy. Japanese family registers listed people of Ainu descent as "ex-Ainu" until the end of the Second World War, when the annex was regarded as discriminatory and abolished. This makes it now harder to define who has Ainu lineage.

An informal government survey from 2017 put the number of Ainu in Hokkaido at only 13,118 people, roughly half of what it had been a decade earlier. But many simply don't know, and others don't want to identify as Ainu for fear of being looked down upon.

For years, Ainu refused to call themselves Ainu and preferred instead to use the term "utari," meaning something like "comrade," in the Ainu language. 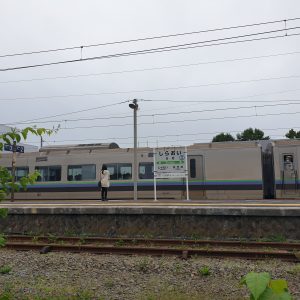 Shiraoi station, about an hour out of Sapporo, is welcoming and very close to the museum. 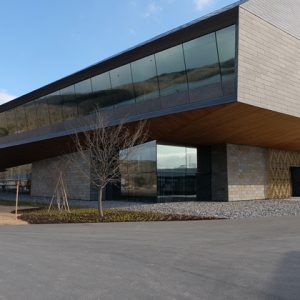 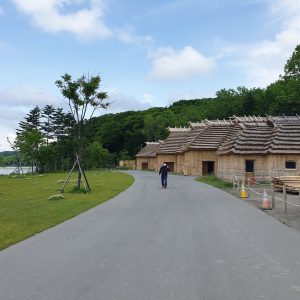 Another challenge is how to present Ainu culture and keep it relevant in the 21st century.

Showing Ainu singing and dancing in historic costumes inside a replica Ainu village to promote tourism is certainly not everyone’s idea of Ainu culture.  "More people realise the value of Ainu culture," remarks Yuki Okada, researcher at Sapporo University and himself of Ainu descent. "I have Ainu roots. That is why I have a strong interest in maintaining the culture, and also bringing it forward as a live culture into the future".

Okada was one of the first Ainu students that the university accepted through a scholarship to provide better educational possibilities for Ainu. Yuko Honda, professor at Sapporo University, actively tries to promote a better understanding of Ainu culture through the university's Ainu club "Urespa" (Ainu for "growing together").

While she is happy about the new museum, she feels that it has too many shoes to fill. "The government keeps saying that the museum is a place to educate people, but the place also has to be a place for Ainu people to understand their own culture," says Honda. "The government wants this museum to do it all."

Honda feels that the Ainu are relevant to us today as we are fighting climate change, the coronavirus pandemic, and a rapid depletion of our natural resources. "We have a lot to learn from the Ainu: how to live in nature, how to respect nature, how to save the environment and to save the world," says Honda.

Where: Shiraoi, Hokkaido, about an hour from Sapporo

Closed: The park is closed on Mondays, except when Monday is a national holiday, in which case it is closed the following day.

Accessibility: The museum and surrounding facilties are barrier free. Additional information can be found here, including wheel chair rentals and other accommodations.

For Maps and Other Information: See the Upopoy website.