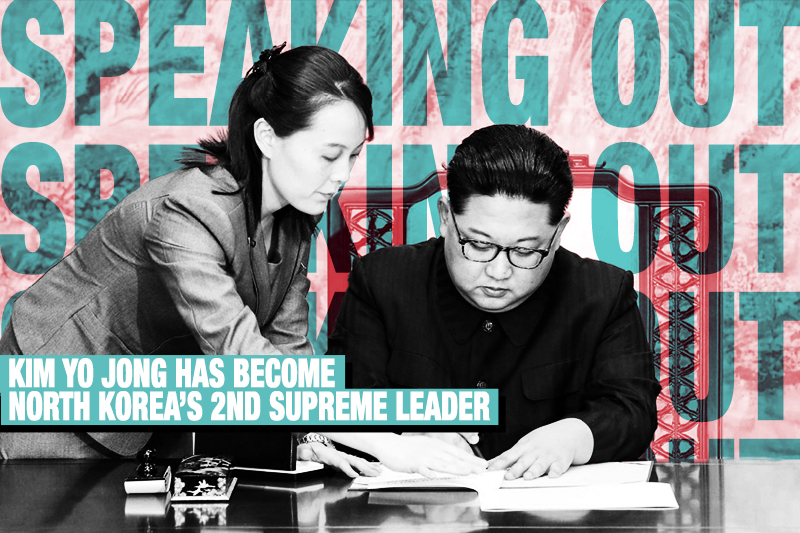 In this column on June 8, I pointed out that, in her statement on June 4, Kim Yo Jong harshly criticized North Korean defector for sending propaganda leaflets concealed in balloons to the North. Her criticism further extended to the South Korean government for tacitly approving such action. Moreover, she threatened to close the Inter-Korean Liaison Office and abolish the North-South military agreement. Her statements signal Kim Jong Un’s transfer of power to his sister.

“By exercising my power authorized by the Supreme Leader, our Party, and the state, I have instructed the arms of the department in charge of the affairs with the enemy to decisively carry out the next action. Before long, you will see the tragic scene of the useless North-South Joint Liaison Office completely collapsed,” said Kim Yo Jong.

Under North Korea’s one-man dictatorial system, the supreme leader alone can issue instructions. Any other senior officials are required to carry out the supreme leader’s instructions, but are not permitted to give instructions. This is clarified in a secret document titled, “10 Principles for Establishing the One-man Dictatorial System,” which was established by then-Korean Workers’ Party General Secretary Kim Jong Il in 1974, and revised by KWP Chairman Kim Jong Un in 2013.

The use of the word “instruction” in Kim Yo Jong’s statement means anyone refusing to unconditionally abide by her instruction would be killed, as in the case of the supreme leader’s instruction.

Three days after the instruction was given, the Inter-Korea Liaison Office was blown up, punctuated by large-scale rallies against South Korean President Moon and defectors throughout North Korea.

Kim Jong Un has allowed his sister to use the word “instruction” apparently because he has had little confidence in his own health. His son is only 11 years old. Expecting that he could not remain dictator until his son reaches adulthood, Kim Jong Un might have chosen his sister as the transitional dictator.

According to inside information, Kim Yo Jong has been raising the son, who is not a child born by Kim Jong Un’s legal wife.

Angered that Moon Jae In’s failure to provide economic assistance as promised created the current crisis, Kim Jong Un and Kim Yo Jong are said to have decided in late 2019 to bash Moon after April’s assembly election in the South. However, North Korea cannot earn foreign currency if it bashes Moon or steps up military provocations.

Nevertheless, Beijing apparently told Pyongyang, in secret around the second week of June, of a plan to tolerate North Korean coal to be smuggled into China, with North Korean freighters carrying the coal to Dalian, Qingdao, and Dandong, China. Within North Korea, various organizations are competing for power to smuggle the coal.

Chinese President Xi Jinping might have concluded that the Kim Jong Un regime would collapse unless Beijing supports Pyongyang, even if it runs counter to United Nations sanctions. This is the reason we must be alert to China’s violation of U.N. sanctions and prevent such development.

As economic sanctions, and the spread of the coronavirus originating from Wuhan, China, have seriously worsened the regime crisis in North Korea, the rapidly rising Kim Yo Jong has given instructions to sever all relations with the Moon government in order to contain domestic discontent. She has also instructed the armed forces to consider military provocations following the explosion of the Inter-Korean Liaison Office.

RELATED STORY: [Speaking Out] Kim Jong Un’s Transfer of Power to Sister: What It Means to the Abduction Issue

(A version of this article was first published by the Japan Institute for National Fundamentals, Speaking Out #693, on June 24, 2020.)