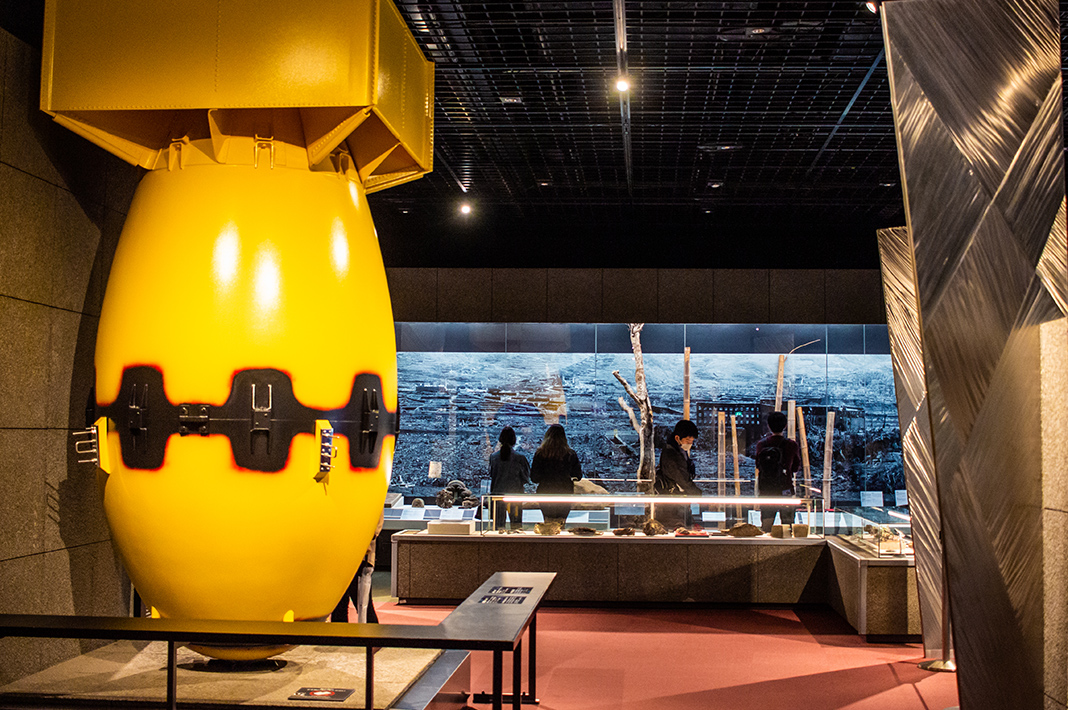 The atomic bombing of Hiroshima is a defining moment of World War 2, and perhaps what many associate with Japan during that time.

However, it can’t be forgotten that three days later, on August 9th, 1945, while the world was still coming to terms with this frightening new reality, a second, more powerful, bomb was dropped on Nagasaki. Tens of thousands more innocent lives were lost, with even more to follow in the coming days, weeks, months and years.

Over seventy-five years later, the concept and realities of nuclear warfare are still as unfathomable and horrifying as ever but deserve our attention nonetheless. For this reason, a visit to The Nagasaki Atomic Bomb Museum is absolutely essential.

Located near the hypocenter of the bomb, the Nagasaki Atomic Bomb Museum was built to honour and remember the victims and advocate for the end of nuclear warfare. Over three dimly lit and saddening levels, the museum presents the chronology of events, starting with a picture of life in Nagasaki before the bombing.

An industrial port city, Nagasaki was important to the war efforts, hence the reason it was targeted. Suddenly—as suddenly as actual events, I’m sure—you are confronted with mangled and melted items like fused rosary beads, a warped water tower and plenty of tattered belongings recovered from the corpses among the wreckage.

After moving through the first room, you turn a corner into a larger space only to be confronted by a full-sized replica of the “Fat Man” bomb, the elephant in the room, the raison d’etre. After seeing the devastation it caused, even though it missed the target and did less damage than intended, it’s hard to look at. To the military, Nagasaki was the second-best strategic option for the second of a series of planned bombings, but to tens of thousands of locals, it was their everything.

(You can read the rest of the article at this link. This article was first published by Team JJ on December 12, 2020. Check here for deeper and unique insights into visiting Japan, including wellness, travel, cuisine and more. Find us on Instagram and on Facebook.)