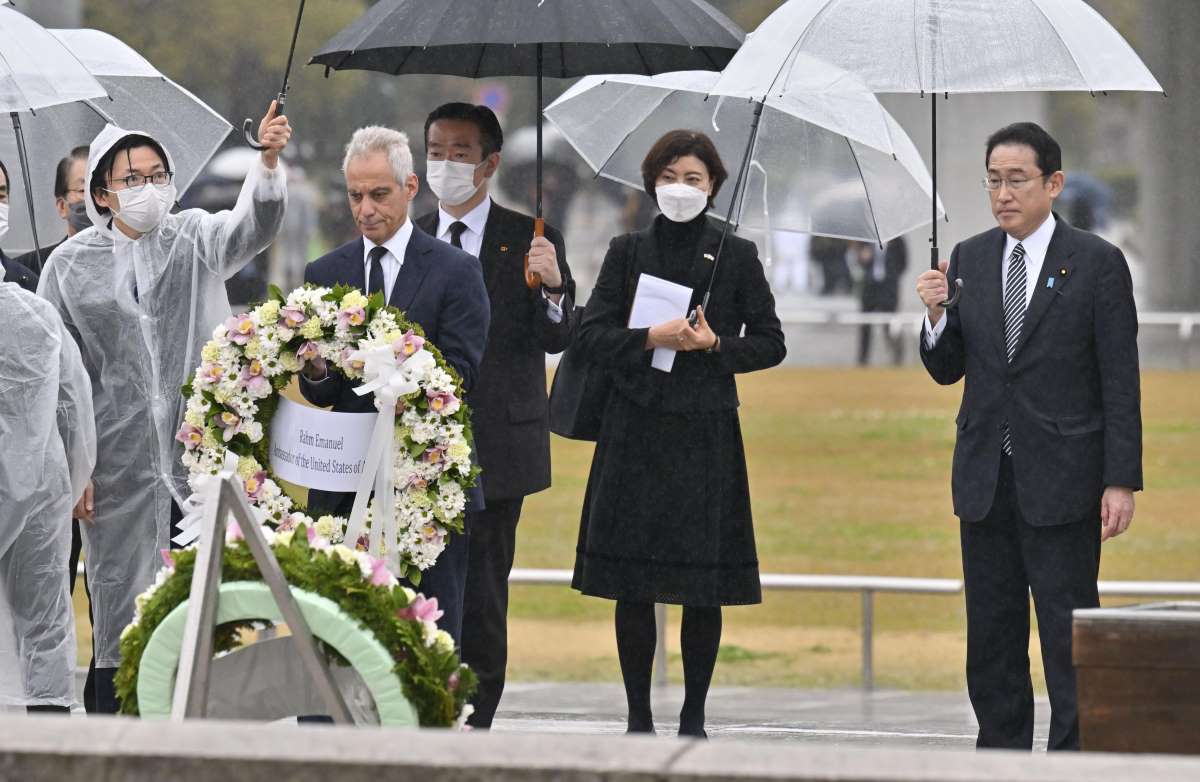 On August 15, 77 years ago, Japan declared the end of the war. The significance of this date weighs especially heavily this year.

Contrary to Japan’s wishes for peace, Russia’s invasion of Ukraine that began in February is still ongoing. Meanwhile in August, China has threatened Taiwan, the United States, and Japan with large-scale military exercises involving the launch of ballistic missiles.

Russia and China, both nuclear-weapons states, are permanent members of the United Nations Security Council (UNSC). But instead of fulfilling their duty to ensure world peace and stability, they are acting in ways that destroy the peace.

Russia’s resort to nuclear intimidation in Ukraine, violating its agreement to the international norms, is still sending shockwaves throughout the world.

As the world heads into an era of conflict and strife and a future mired with uncertainties, JAPAN Forward is committed to accurately presenting the debate from Japan’s perspective in its pursuit of regional and global peace. This can be seen in the particularly large number of security-related articles published recently on JAPAN Forward.

Reducing the Risk of a New World War

When Fumio Kishida became the first Japanese prime minister to attend the Nuclear Non-Proliferation Treaty (NPT) Review Conference in New York, he represented the only country in the world to have experienced an atomic bombing. He delivered a speech demanding that states in possession of nuclear-weapons take concrete steps toward a world without nuclear weapons.

While JAPAN Forward reported his speech in detail, it also published a Japanese perspective arguing that nuclear disarmament alone cannot protect people’s lives. The author argues that nuclear deterrence is paramount in the face of the growing danger of military conflict in the region.

Another recent article warns that unrealistic pacifism not backed by military capability only increases the risk of a new world war.


Another Look at the Radhabinod Pal Opinion

The article linked above provides yet another, longer perspective. It was JAPAN Forward’s most-read article during the two weeks from the end of July through the first week of August.

Fourth in a series of six stories about the Indian jurist Radhabinod Pal (1886-1967), who was appointed as a judge for the International Military Tribunal for the Far East, it is the story of his dissenting opinion in the Tokyo Trial held after World War II. The author is Dr Monika Chansoria, a senior fellow at The Japan Institute of International Affairs.

Justice Pal had submitted his dissenting judgment in opposition to the Allied Powers’ pressure for a unanimous conviction of the Japanese defendants in the Tokyo Trial. In his dissent, Justice Pal maintained that the defendants were not guilty because the offenses of which they were accused, crimes against peace and humanity, were laws created by the victorious powers after the end of the war. He set forth the argument as to why it would be a violation of international law for the tribunal to apply them retrospectively.

Dr. Chansoria noted that Justice Pal was particularly concerned about the tribunal’s failure to address the atomic bombings of Hiroshima and Nagasaki. He succinctly noted the double standard employed in the trial that exempted a state that had deployed atomic weaponry, while seeking to criminally punish another state which was the victim of those weapons for the crime of “breaches of shared humanity.”

Pal judged that the Tokyo Trial failed in its mission by excluding Western colonialism and the atomic bombings of Hiroshima and Nagasaki from the list of crimes, and also by excluding judges from the defeated nations. In the end, Justice Pal argued, the Tokyo Trial provided nothing “other than the opportunity for the victors to retaliate.”

More than 70 years later, new forms of colonialism and imperialism have reared their ugly heads. Former victors Russia (through its predecessor, the then Soviet Union) and China are moving to turn Ukraine and Taiwan, respectively, into new and inseparable colonies.

Their intense desire for territorial expansion, an inferiority complex against the West, and resulting anti-American sentiment, are common denominators between the two countries. This menacing plague of China and Russia’s neocolonialism could lead the world to ruin.

JAPAN Forward hopes that the United States and Japan, the victor and the vanquished, along with other Allied Powers of the wartime era, will overcome any lingering enmity and form a united front against this plague to save the world.


Watch for our next issue on August 29.

JAPAN Forward is now in its sixth year! We are excited to announce a new project in our August 16 edition. Thank you for your continued support. For inquiries, please call 0570-033-433 (Sankei iD).

(Read the Sankei column in Japanese at this link.)