'A World Without Nuclear Weapons': 75 Years Since Hiroshima, Japan's Renewed Message of Peace 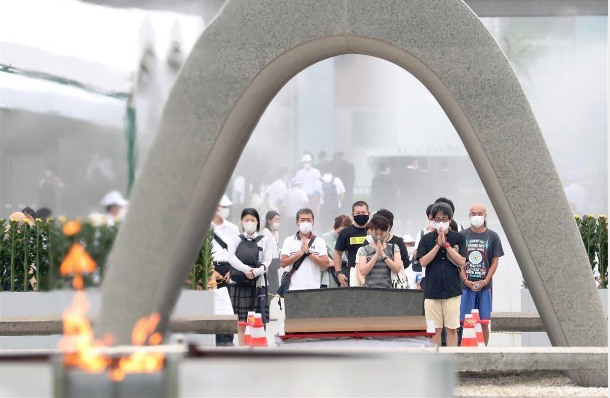 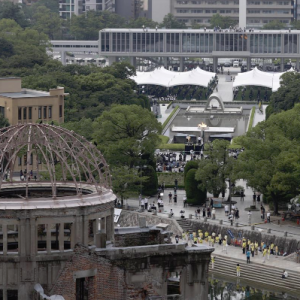 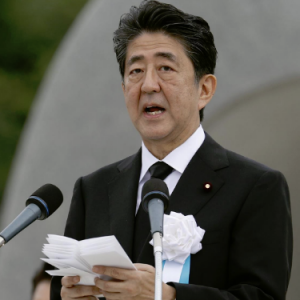 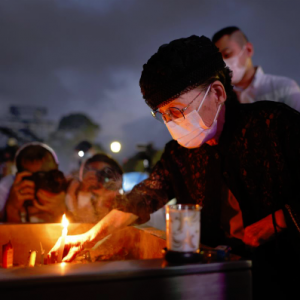 Every year on August 6, people gather at Hiroshima’s Peace Memorial Park in the morning to observe the anniversary of the first atomic bomb attack.

This year, at 8.15 A.M. a minute of silence took place to commemorate the lives of those who died 75 years ago, and to treasure the testimonies of those who survived.

At the ceremony, Prime Minister of Japan Shinzo Abe delivered a statement reminding the world of the horror of that day, focusing on Japan’s role in nuclear non-proliferation, and the importance of passing on the accounts of A-bomb survivors.

Bringing About a World Without Nuclear Weapons

Prime Minister Abe took a moment to acknowledge the importance of commemorating the event despite the unusual circumstances presented by the COVID-19 pandemic, saying:

Since COVID-19 has taken over the world, people all around the globe are struggling to face this challenge.

Seventy-five years ago, this beautiful city that we stand before was destroyed by one atomic bomb, but it was successfully restored by the efforts of our predecessors. We renew our determination to overcome the current challenges, and to keep at heart the value of peace.

The tragedy that occurred in Hiroshima and Nagasaki, and the suffering it brought to the people here, should never be repeated.

Continuing, the prime minister reaffirmed his commitment to take a leading role in nuclear non-proliferation.

This year is a milestone year of 75 years after the atomic bombing… While Japan adheres to the three non-nuclear principles, we plan to act as a bridge between countries with differing stances by persistently encouraging dialogue and action among them, leading the way towards a world without nuclear weapons.

Japan has often reiterated the “Three Non-Nuclear Principles”, which stand for non-possession, non-production and non-introduction of nuclear weapons.

The world-trend regarding nuclear proliferation is currently unclear. The United Nations proposed a Treaty on the Prohibition of Nuclear Weapons three years ago, but it was only signed by 40 countries. To be ratified, the document requires 50 signatures.

On the other hand, the Treaty on the Non-Proliferation of Nuclear Weapons celebrates its 50th anniversary since enactment this year.

Mr. Abe explained that it is important for the treaty to continue to play a relevant role in supporting international disarmament.

In addition, the prime minister pledged once more to give a voice to those affected by the bombings, reflecting that:

A solid step toward the realization of a ‘world without nuclear weapons’ must be supported by the effort to communicate and pass on the tragedy of using nuclear weapons and their inhumanity across generations and national borders. Japan will continue to work hand-in-hand with the atomic bomb survivors to promote understanding of the reality of the atomic bombings.

Finally, the prime minister personally committed to work towards a world without nuclear weapons, saying:

I pledge, here in Hiroshima, that I will do my utmost to achieve a world without nuclear weapons, and one with lasting peace.

Honoring the testimonies of atomic bomb survivors has become more crucial with every year that goes by. The average age among the hibakusha (victims) is now about 83 years old, and only 136,000 survivors of the bombings remain alive to this day.

The bombings of Hiroshima (August 6) and Nagasaki (August 8) killed more than 300,000 people and left behind deeply scarred survivors.

According to data collected by The Sankei Shimbun, only 26 prefectures out of 47 recommended survivors to participate in the ceremony this year, the lowest to date. This is partially due to the fear of the coronavirus infection spreading among the elderly. However, it is also true that aging is gradually decreasing the number of victims who can provide live testimony about what happened on that fateful day.

Hiroshima the Key to Global Ban on Nuclear Weapons

Originally planned for approximately 15,000 people, the event was closed to the public and was considerably sized down to prevent the spread of the coronavirus infection. In the end, it welcomed between 700 and 800 people, less than 10 percent of the originally planned number of attendees. Those who did attend were spaced with appropriate social distancing in mind, despite the outdoor location.

The event was attended by the Prime Minister of Japan, local government officials and representatives, and dignitaries from 83 different countries, including Deputy Chief of Mission Nicholas Hill for the United States. Earlier in the day, the spokeswoman of the U.S. State Department had released a statement stressing the continued importance of global cooperation towards nuclear non-proliferation.

Hosting the event the mayor of Hiroshima Kazumi Matsui asked the national government to take further steps in the fight against nuclear proliferation:

The Japanese government, in order to become an effective bridge between nuclear and non-nuclear countries, should take in the testimonies of the hibakusha and become a country signatory of the Treaty on the Prohibition of Nuclear weapons. As the first nuclear-bombed country, we want people to empathize with Hiroshima, and appeal to the solidarity of everyone.

Hiroshima and Nagasaki are symbols in the fight for peace, explaining the reason why Pope Francis, the leader of the Holy See visited both of these locations in 2019 at the beginning of his visit to Japan.

This year the Hiroshima commemoration ceremony was smaller, with fewer people, because of the global epidemic. The annual release of 500 doves after the speech of the mayor of Hiroshima was also canceled.

Yet it remains a singularly important occasion to remember the horror of nuclear weapons, and a source of energy to find ways to avoid them in the future.