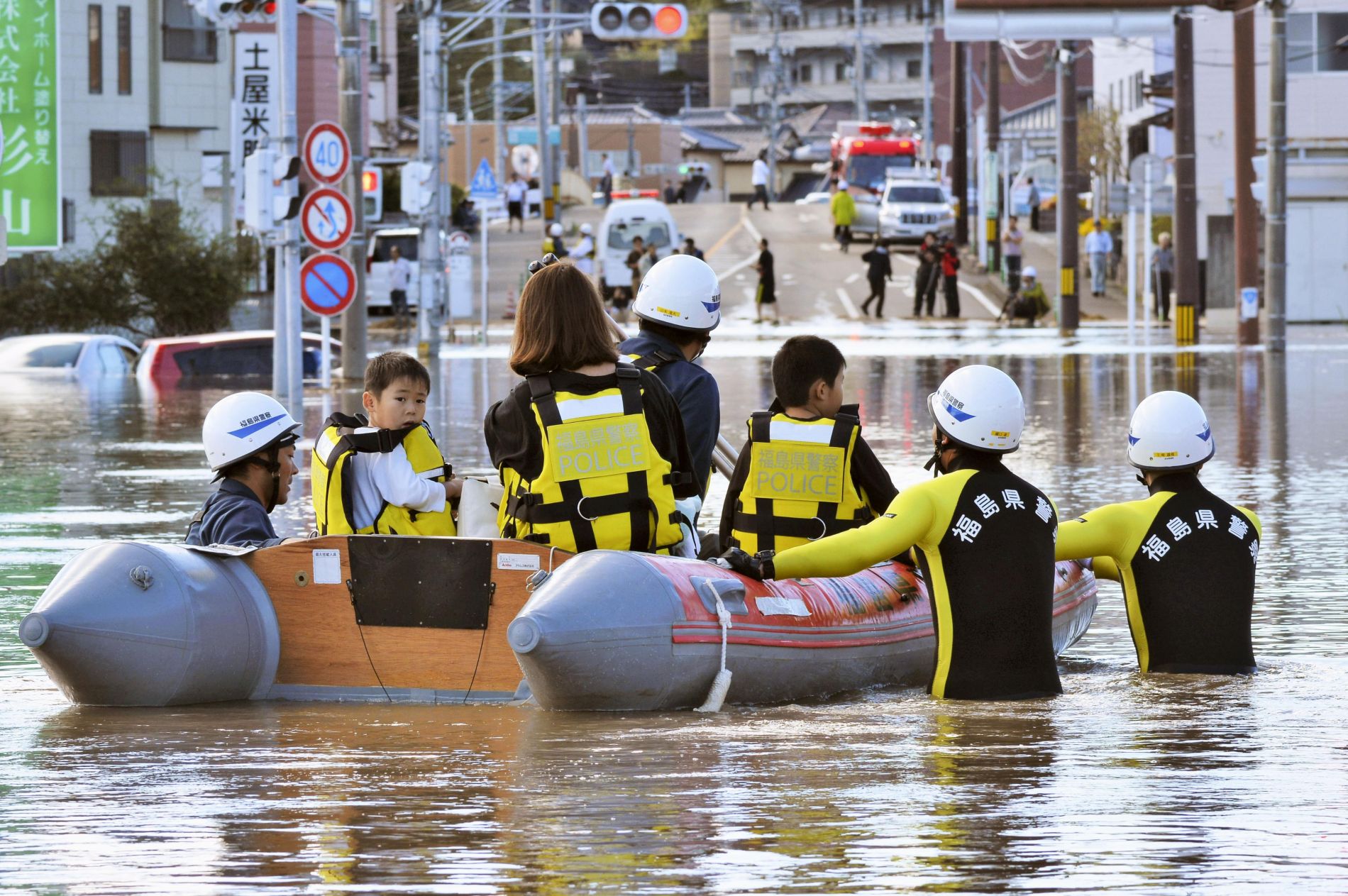 Typhoon Hagibis – the 19th of the season and potentially the strongest in 51 years – passed Tokyo and East Japan hit Hokkaido Sunday morning, October 13, after battering Metro Tokyo the night before.

As of posting, the at least 24 people were reported dead, 17 missing, and 170 wounded. A lot of havoc was due to the overflowing of up to 14 rivers in 10 prefectures in central and Eastern Japan. As of Sunday morning, 202,100 households were without electricity, and 14,000 in eight prefectures without water.

On Sunday morning, Prime Minister Shinzo Abe said he was praying for those who were affected by the storm. The administration was also meeting with the relevant ministries to set up a special task force of 27,000 to help those in need, combining people from the self-defense force, coast guard, fire department, and the police force.

“We know that the effect of the blackout, no water, flooding, and landslides is being felt by a big portion of the population, but we are working together with the concerned parties to restore services as soon as possible,” Abe said. He reminded people to remain vigilant, as the risk of landslides remained high, although flooding had partially abated.

Chikuma River in Nagano Prefecture overflowed overnight, causing houses to be enveloped in muddy water. News and social media footage circulated of people standing on the second floors, waving to grab the attention of the self-defense force in helicopters flying above. Three cars were reported to have fallen in the river, a bridge collapsed in the water below, and roads were impassable.

Kawagoe in Saitama Prefecture was also affected. Some 260 people in an old people’s home  called “King’s Garden” were stranded due to the water reaching almost the level of the roof. Other overflowed rivers were Agano in Niigata, Yoshida in Miyagi, Akiyama in Tochigi, and Tamagawa in the Tokyo metropolitan area.

Transport Partially Back to Normal

Public transport was mostly back to normal, particularly in the capital, with Tokaido Shinkansen restored. The JR Yamanote line started again at about 9.30 A.M., as did the Sobu line around the same time. Most of the private and Metro lines are operating as normal, with the exception of some lines undergoing security checks, including the Odakyu Line, the Keio Takao Line, the Keio Doubutsuen Line,  Seibu Chichibu Line, and a portion of the Tojo line.

Confusion persists at the airport. On Sunday, 800 flights were canceled, with Japan Airlines cancelling 284 flights, and ANA cancelling 284, mostly from Haneda and Narita airports in Tokyo.

Highways were also partially still feeling the effects of the storm, with some in the Kanto region still closed to traffic.

Bullet trains to northern Japan were also affected, as areas in North-east Japan were still extensively flooded. NHK showed footage of Hokuriku bullet trains partially submerged in muddy water due to the Chikuma river overflowing in Nagano Prefecture. JR announced they couldn’t confirm when service would be restored for bullet trains bound for Akita and Nagano.

The World Rugby and Japan Rugby 2019 organizing committee announced that the much-awaited Japan-Scotland for Pool A at Yokohama International Stadium would take place as scheduled on Sunday evening, 7:45 P.M. local time.

The committee said, “After confirming the conditions of Yokohama International Stadium, we decided that it was possible to hold the match.”

“I am so happy that they can do the match today,” a beaming young woman told the NHK. For rugby fans this comes especially as a relief, as the match which was scheduled earlier in the day between Namibia and Canada in Kamaishi was cancelled — it was set to take place in a region heavily affected by the flooding.

GP Formula 1 in Suzuka, Mie Prefecture, is also back to business, with the qualifying rounds taking place in the morning, and the race set to take place in the afternoon.

Japan Braces for What Could Be Strongest Typhoon in 51 Years