Amazing Science: The Soil Sample from an Izu Golf Course that Changed the World 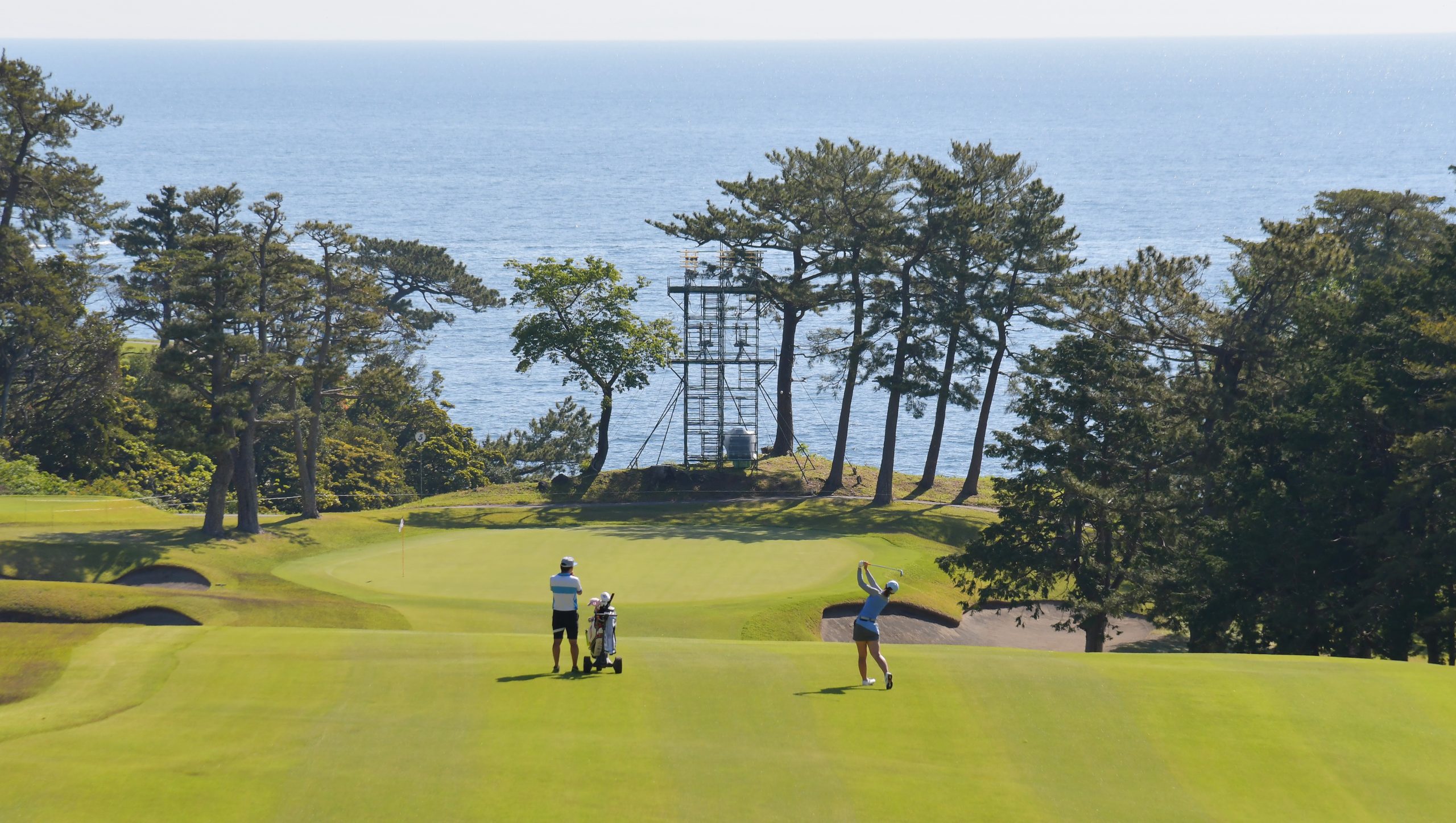 In October of 2021, the Royal Swedish Academy of Sciences announced Dr. Syukuro Manabe as one of the recipients of the Nobel Prize in Physics for his “groundbreaking contributions” toward understanding climate change.

Whether or not the many climate models of future weather developed by climate scientists demonstrate utility or not will remain unknown until the future arrives. But looking into the future is Dr. Manabe’s job.

Soon after he learned he had won the Nobel Prize, Dr. Manabe expressed his concern that Japan is undergoing a brain drain that could ultimately cause the nation to lose its scientific competitiveness, and thus its economic edge to countries such as China. The scientist has firsthand experience with this issue, as he has become a naturalized American citizen and is currently on the faculty at Princeton University in America.

Not all Japanese scientists who leave Japan do so forever, though.

One scientist — let’s call him just Satoshi for now — was called back to Japan from the US to lead a laboratory in a private Japanese medical institution in Tokyo. There, he eventually uncovered a therapeutic substance produced by soil bacteria which later turned out to be found nowhere else in the world, and which has saved the lives of millions.

Early Life of a Country Scientist

Satoshi, the eldest son of a farming family in Nirasaki, Yamanashi Prefecture, was born in 1935. On the natal Yamanashi farm, Satoshi developed a “profound respect for Nature and its role as a primary source of most of the materials we need for survival.”

His father was a “leading member of the village.” His mother was an elementary school teacher. Because his parents worked during the day, Satoshi spent much of his time with his grandmother, who encouraged him to work for others and find personal satisfaction.

Satoshi balanced his studies with his love of cross-country skiing. He studied hard and eventually graduated from university, and later earned not one, but two doctorates ー one in pharmaceutical science and, two years later, another in chemistry.

He then worked as a research associate at the University of Yamanashi, where he studied fermentation and marveled at how yeast could transform sugar into wine faster than chemists could.

Following his time at the University of Yamanashi, Satoshi joined the Kitasato Institute, which focuses on the development of natural therapeutics and has produced treatments for diseases previously thought to be untreatable. It was to be his scientific home until the present day ー apart from an interruption.

“Coming from a farming family background through which I had developed a profound respect for Nature and its role as a primary source of most of the materials we need for survival,” the scientist says, “[at the Kitasato Institute] I opted to concentrate on soil microorganisms.”

Satoshi noted that “time, patience, trial and error are all essential ingredients” in any process to discover therapeutic molecules from soil bacteria. A gram of soil may contain up to one million bacteria.

To increase success in finding the right molecules, Satoshi developed several new screening methods. These led to the discovery of molecules later developed into clinically useful drugs, including antimicrobial and anticancer drugs.

In 1971, Satoshi traveled to the United States for a planned three-year sabbatical. He met many influential American scientists, including Dr. Max Tishler, the former head of Merck Research Laboratories, a division of pharmaceutical company Merck & Co.

Satoshi was called back to the Kitasato Institute before his sabbatical was finished. But before leaving the US, he visited the National Institutes of Health and several large pharmaceutical companies to secure funding for continuing his search for naturally occurring novel therapeutics. He obtained funding from and entered into a collaborative agreement with Merck in 1973.

Back in Japan, Satoshi and his team found new molecules from novel microorganisms. The Satoshi team sent promising samples to Merck, which tested the molecules in animal disease models and attempted to enhance efficacy and safety by changing the molecule itself.

In 1974 Merck received a novel and highly interesting molecule — later fully identified in 1975. The molecule and its bacteria had been found in an unusual place: the soil near a golf course in Kawana, on the east coast of the Izu Peninsula in Shizuoka Prefecture.

Satoshi is a golfer and says he carries sample bags with him wherever he goes, always looking for new sources of potential life saving medicines.

The compound from Izu turned out to be highly effective against a range of parasites. As the compound was especially useful in treating animals, Merck made modifications to the original molecule and sold the compound as an antiparasitic drug for veterinarian use in 1981, achieving over $1 billion USD a year in sales for the next 25 years.

From Izu to Africa

Onchocerciasis, or “river blindness,” and lymphatic filariasis, or “elephantiasis,” are diseases caused by parasitic infections. In the mid-1970s, onchocerciasis afflicted about 18 million people, mostly Africans.

The parasitic worm that causes this disease is transmitted to humans via a biting fly. The adult female worm enters the blood from the fly and lays hundreds of larvae. The larvae migrate to the skin where they induce itching and skin disease. The larvae can also get into the eye, which can cause loss of vision. In the past, the only mitigation strategy was frequent spraying of aerial insecticides.

Merck tested its new antiparasitic drug on patients and saw significant reductions in larvae numbers, which in turn helped prevent skin disease and blindness. Because the drug killed only the larvae and not the adult parasite, it needed to be taken once a year, until the adult worms eventually died.

The molecule discovered by Satoshi and his team, and developed by Merck, has since helped many people who otherwise would have suffered from parasitic ailments.

Relief for the Tropics

A parasitic worm carried by mosquitoes found in tropical and subtropical areas of the world causes lymphatic filariasis. This disease is characterized by fever and painful swelling of the legs (elephantiasis), and, in men, of the genitals. It is estimated that 120 million people are infected worldwide.

Much like in the case of river blindness, however, after a single dose of Merck’s veterinary drug, patients showed near total clearance of the parasitic worms that cause lymphatic filariasis.

Under a typical antibiotic regimen, patients are required to take about 1000 mg of drugs every day. With the Merck drug, though, patients take just 12 mg once a year, greatly reducing compliance and cost burdens.

Following completion of field clinical studies, in 1987 the French Directorate of Pharmacy and Drugs approved Merck’s drug for human use.

Merck pledged to give the drug to those who needed it, for as long as it was required, free of charge. It is estimated that about 300 million people take Merck’s drug every year. Of these, Merck provides the medication to over 250 million people for free.

The US Food and Drug Administration (FDA) also eventually approved Merck’s drug in 1996 for parasitic infections in humans. The drug is now included in the World Health Organization’s “List of Essential Medicines.”

A Treatment Hampered by Ideology

Satoshi, who discovered the molecule which led to the treatment which has helped hundreds of millions of people worldwide, recently speculated that the Merck drug could be used for a number of other indications beyond parasitic infection.

However, on August 21, 2021, in the middle of a war of words over the potential use of the Merck drug as a treatment for the novel coronavirus that causes COVID-19, the FDA disdained the idea. The organization said in a Tweet: “You are not a horse. You are not a cow. Seriously, y’all. Stop it.”

Has someone forgotten that the FDA approved Merck’s “veterinary drug” for human use 15 years earlier?

This narrow-minded slight against a great discovery and a great scientist should not go unanswered. The Japanese people should demand an apology for this disrespectful Tweet about a life-changing medication for hundreds of millions of people worldwide as being nothing more than a drug for farm animals.

William C. Campbell and Satoshi Omura shared the Nobel Prize in Physiology or Medicine in 2015, “For their discoveries concerning a novel therapy against infections caused by roundworm parasites.”

Satoshi’s golf course soil sample taken from Izu contained unique bacteria found nowhere else in the world. The bacteria produced Avermectins, from which the antiparasitic drug Ivermectin (marketed as Stromecto) was developed.

Indeed, Ivermectin has been so successful in treating parasitic diseases, noted the Nobel Prize announcement, that “these diseases are on the verge of eradication, which would be a major feat in the medical history of humankind.”