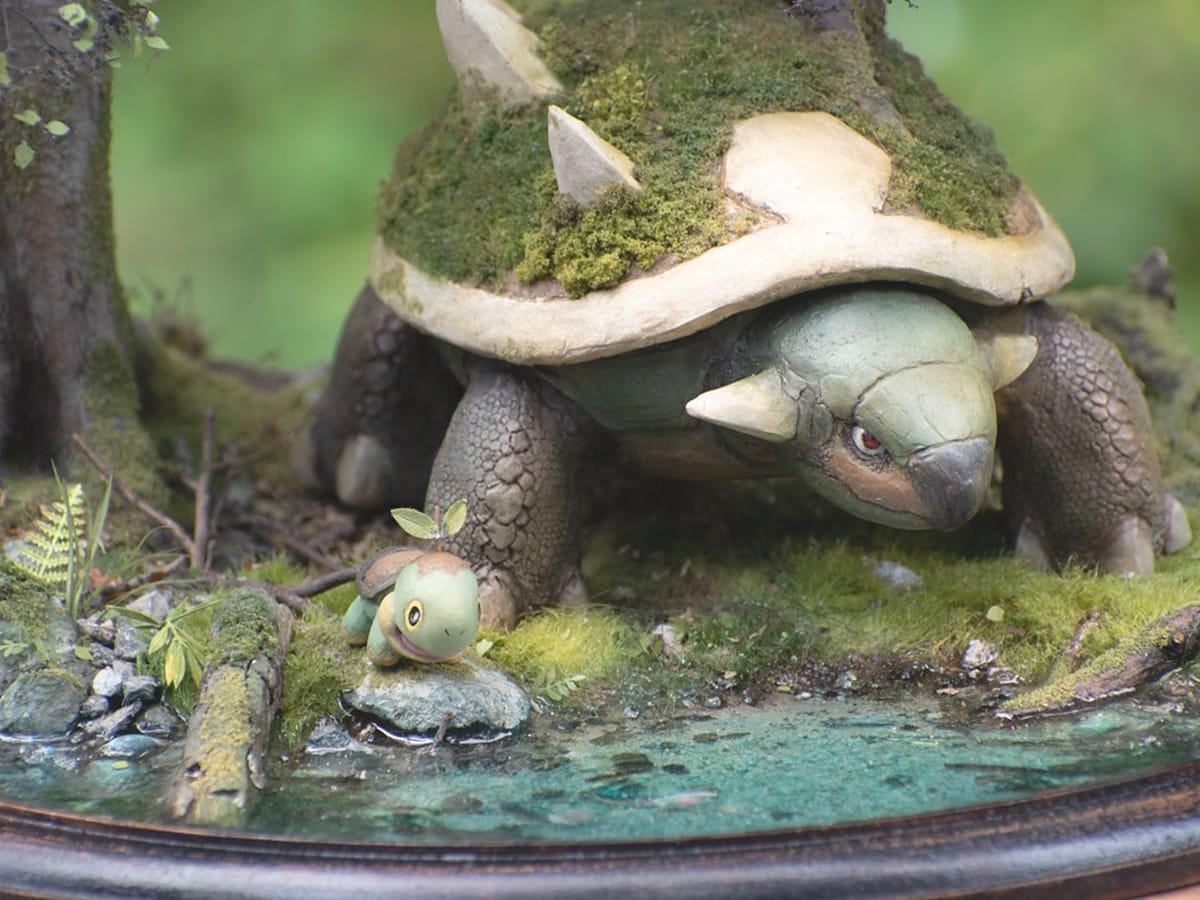 If you’ve played any Pokémon games or watched the anime since Diamond and Pearl (Pokémon Diamond Version and Pokémon Pearl Version) came out in 2006, then you probably know Turtwig, Grotle, and Torterra. These popular Grass-type Pokémon inspired by turtles and tortoises have made many appearances in the games, manga, and anime since then.

Japanese modeler, illustrator, and diorama maker くまごろ Kumagoro (@kumagoro_mk2) must have a particular fondness for them, considering the amazing work he did on a diorama which became a popular topic online when he revealed it on his Twitter account earlier this year.

In an astonishingly realistic work crafted in painstaking detail, Kumagoro created a diorama called ハクタイの森 hakutai no mori (known in English as “Eterna Forest”), the mysterious forest located in Western Sinnoh and home to many Bug- and Grass-type Pokémon. According to Kumagoro, the diorama portrays a “parent and child” pair of Torterra and Turtwig in their natural habitat. What’s astonishing about this diorama is that the artist took extra care to not only portray Torterra and Turtwig, but also realistically reproduce the microcosm of Eterna Forest with all its flora and fauna. There’s even a pond. And if you look closely, you’ll also find other small Pokémon too.

The rest of the article with more images can be viewed on our partner’s website, grape Japan at “Amazingly realistic Torterra and Turtwig diorama looks like Eterna Forest come to life.”