An Argument for Sustainable Whaling: The Case of Alaska’s Indigenous Peoples 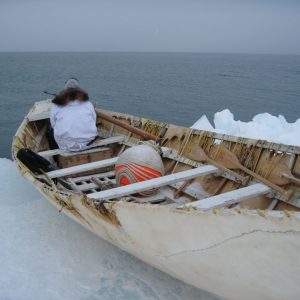 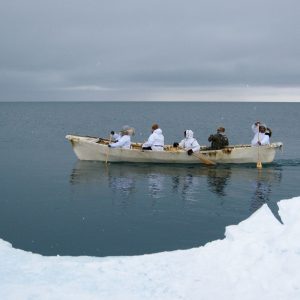 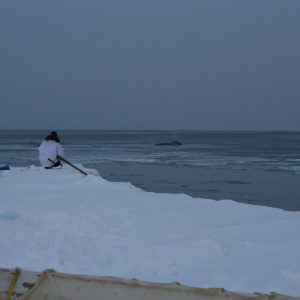 Human history began with a hunter-gatherer lifestyle based on hunting animals and gathering plants for food. Up to the present day, taking the lives of other animals and eating them to propagate our own lives has been an extremely ordinary event.

However, ever-expanding human activity has brought harm to many living things, sometimes threatening their survival or even forcing them into extinction. A typical example would be the sharp decrease in large species of whales due to post-16th century commercial whaling with the primary objective of the acquisition of whale oil.

From a global perspective, social movements to protect wild animals have rapidly gained momentum since the 1970s. A great many large species of whales, once thought to be inexhaustible during the Age of Exploration (early 16th to mid-17th century), were threatened with extinction due to excessive commercial whaling from the 19th to the late 20th century.

These historical developments rendered whales, once considered a resource to be used by humans, a symbol of the environment that must be protected.

After the 1970s, international environmental protection groups such as Greenpeace deployed large-scale anti-whaling campaigns. Their activities caused many countries — including European nations, the United States, Australia, New Zealand and Central and South American nations — to declare the protection of whales to be national policy.

This was the context behind Japan’s reconsideration of its participation in the International Whaling Commission (IWC).

Japan’s Decision to Withdraw from the IWC

Having determined the unlikelihood of an agreement in the IWC that would allow for resumption of commercial whaling, Japan decided to withdraw from the International Convention for the Regulation of Whaling (ICRW) in December 2018, effectively leaving the IWC in June 30, 2019. Japan then determined to restart whaling in Japan’s own exclusive economic zone from July 2019.

Japan’s withdrawal from the IWC, an institution aimed at the management of whale species and the healthy development of the whaling industry, is likely to wield a major impact on the IWC’s future policy with regard to the protection of whales and approval or disapproval of whaling.

At present, whaling activities managed by the IWC include commercial whaling in Norway and Iceland, countries that voiced objection to the revised appendix of the ICRW treaty, subsistence whaling by indigenous people in Alaska and other regions, and scientific whaling.

With Japan’s withdrawal from the IWC, scientific whaling will no longer exist in international waters. In the vacuum left behind, internal power struggles in the IWC between pro- and anti-whaling factions will shift considerably, likely further expanding the influence of the anti-whaling side.

As a result, the main point of contention for the IWC will become a ban on commercial whaling. Likewise, control of dolphin hunting, not subject to management to date, is liable to be transferred to the IWC’s operations.

One day in the future, stricter conditions might also be proposed for indigenous whaling under the jurisdiction of the IWC.

Indigenous Whaling and the IWC

As a cultural anthropologist, I have studied bowhead whale hunting by indigenous Inuit people in Alaska for over 10 years. Personally, I am not against using whales as resources if sustainable whaling, whether by indigenous people or by whalers, allows for the maintenance of populations of designated whale species.

I also believe indigenous whaling should be supported due to its social, cultural and political significance to indigenous people, as well as its importance as a source of food.

While there has been no direct pressure on Alaska’s indigenous whaling from anti-whaling factions, pressure could creep up on them and potentially make whaling in the future problematic.

Risks to Whaling by Indigenous Peoples in Alaska

The United States government is at present fundamentally against whaling. It is accepting of indigenous whaling in Alaska despite these misgivings out of political consideration for the human rights and aboriginal rights of the indigenous people who are a minority in the country.

While opinions on whaling in the U.S. government are not monolithic, many government officials hope that the indigenous peoples will voluntarily stop whaling. In fact, alongside the active campaigns of environmental protection groups and animal rights groups within the U.S., and the widely-accepted view of whales as the intelligent friends of humans, the anti-whaling stance would seem to be in the majority when it comes to public opinion.

The indigenous people in Alaska continue to hunt whales amidst this current state of affairs.

In other words, if a revision to this law is passed in Congress eliminating this exception clause, indigenous people will no longer be able to hunt whales. In this sense, the indigenous people of Alaska are engaged in whaling with a very weak legal foundation.

Additionally, global warming and concurrent development of oil and natural gas in Alaska’s coastal waters, as well as use of the Northwest Passage and marine pollution due to plastic waste and residual organic pollutants, are negatively impacting the ecosystem of whales. They are harming the actual whaling activities of indigenous people as well.

Looking Toward the Future of Indigenous Whaling

As stated above, on the surface, the indigenous peoples of Alaska continue to engage in whaling activities without any problems. But in actuality, I believe they face many real problems.

To date, Japan has continued to support indigenous whaling within the IWC. Japan’s withdrawal from the International Convention for the Regulation of Whaling represents a major turning point for the IWC. I earnestly hope that there will be no adverse effects on continued subsistence whaling by indigenous peoples and dolphin hunting in various locations around the world.

By broadly informing the public of the present situation of whaling by indigenous peoples in Alaska, I wish to support their continued sustainable whaling and dolphin hunting.

(Click here to read additional coverage on whaling in Japan.)