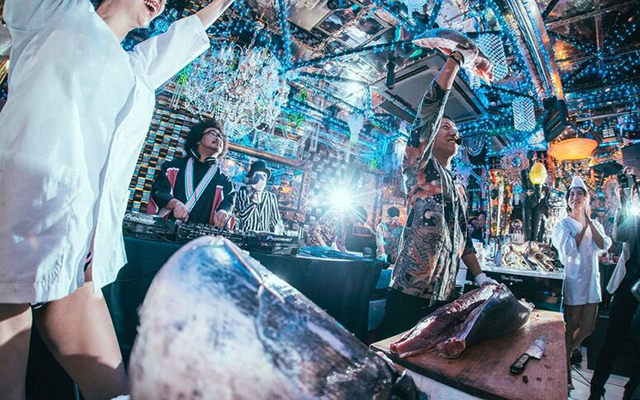 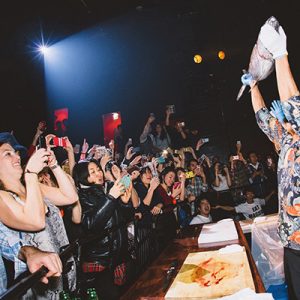 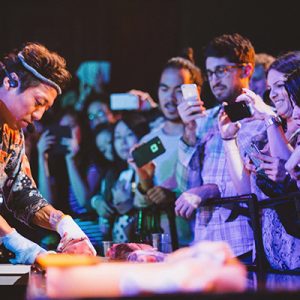 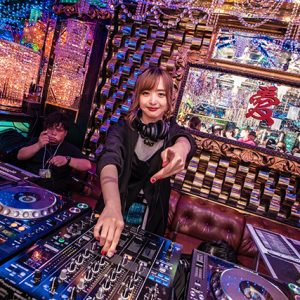 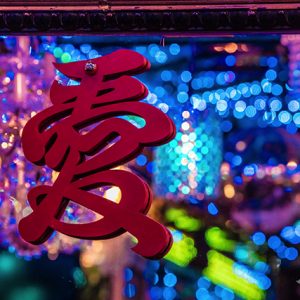 What is Maguro House?

In December 2015, popular party and event organizer Afromance (of Afro & Co.) had the brilliant idea of combining a house music DJ party with a tuna dismantling show, a common sight at fish markets and some sushi restaurants where fishmongers expertly carve up a whole tuna.

Aptly called Maguro House and held at Club Asia in Shibuya, the party was so popular that it spawned sequels.

Here are images from the Maguro House held at upscale Club Six in Roppongi:

In November, 2017, Maguro House made a startling evolution, teaming up with Ai Honten, Japan’s glitziest and most established host club in the Kabukicho district of Tokyo, to create Maguro House x Ai Honten.

Adding a champagne tower served by the most popular hosts of Ai Honten to the already potent party mix, this Maguro House party was a huge hit.

The rest of the article can be viewed on our partner’s website, grape Japan at ”“Maguro House” 2019! Tuna Carving & House Music in Japan’s Glitziest Host Club.“